On the north side of the Beara, looking across to the Kerry Mountains

The Beara Peninsula is the largest and perhaps the wildest of the three West Cork Peninsulas. (See last week’s post for the map.) Two mountain chains, the Caha Mountains and the Slieve Miskish Mountains make up the spine of the Peninsula. You can traverse it via the spectacular Healy Pass, which runs from Adrigole north to Lauragh. On this occasion, because we had limited time, we confined ourselves to driving the main coastal route and to getting the general lie of the land. This meant we missed out on several landmarks – Bere Island, for example, and Dursey Island, besides the Healy Pass – so of course we must go back soon! 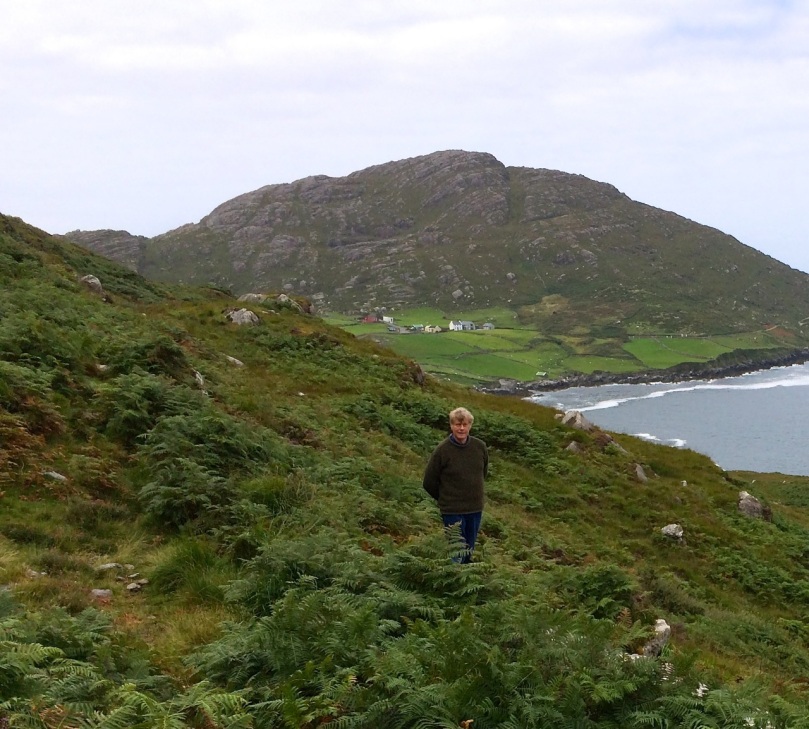 After the inspiring piano recital by David Syme, described last week, we stayed overnight in Allihies and enjoyed an excellent dinner in O’Neill’s pub. The local Gaelic Football team had won a championship match that afternoon and the town was celebrating well into the night. Our first stop the next day was the Allihies Mining Museum. Housed in an impressively converted old Methodist Chapel, it tells the story of copper mining on the Beara, evidence of which can still be seen in the vicinity.

Note the green copper veins on the cliff face

From there we carried on to the Cod’s Head, through a small pass which brought us out to a jaw-dropping vista across Coulagh Bay to Kilcatherine Point, and beyond to the Mountains of the Iveragh Peninsula in Kerry. We took the time here to hike up a waymarked trail that brought us up to breathtaking views high into the mountain slopes, home of purple heather, enormous boulders and curious sheep.

Eyries village is a pure delight: a riot of colourful houses and sleepy streets. We stopped at Ms Murphy’s traditional shop for tea and delicious sandwiches, strolled along the main street taking pictures and chatting to friendly residents, and finally by chance dropping into the startlingly beautiful St Kentigern’s church. 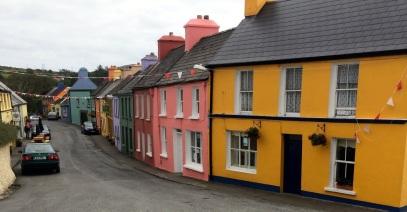 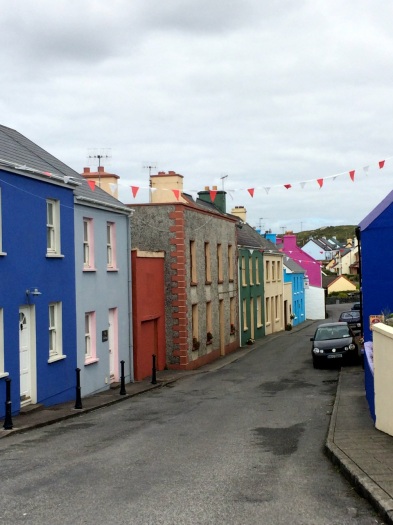 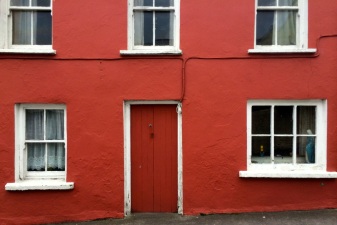 The north side of the Peninsula offers glorious vistas across the Kenmare River (an enormous sea inlet but called, oddly, a river). We took the coastal route from Kilcatherine to Dog’s Point and back to Ardgroom and on to Lauragh – lovely villages with seaside settings. 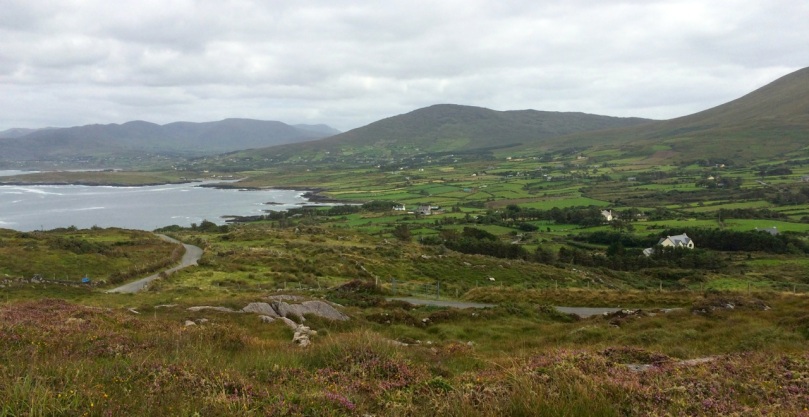 We stopped to visit the Cailleach Beara, the Hag of Beara. A powerfully symbolic site from Irish mythology, this rock is associated with many legends. People leave votive offerings – coins, rosary beads, a set of old glasses, shells and ribbons in honour of the spirit of the ancient goddess. Our next stop was the Ballycrovane Ogham Stone – the tallest in the world, and still in the wild, as Robert was glad to note. 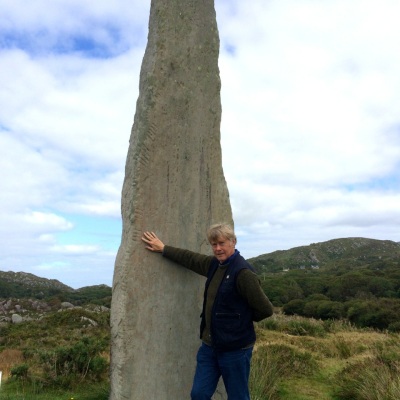 Alright – so we have our bearings now and we’ve scratched the surface of this fascinating part of West Cork. Look out for future posts on the Beara – we can’t wait to return!

Mussel beds, looking out to the Kenmare River