Ireland is full of surprises. We are always coming across unexpected feasts for the eyes and the senses: often this arises from simply looking at the map for names that might hold a promise of history – or just ‘story’ – and head that way. Returning home from Dublin recently we diverted into Tipperary, for an investigation of the name Holy Cross.

The medieval abbey occupied an extensive site beside the River Suir

What we found was a thousand years of turbulent Irish history: a ‘Celtic’ hermitage dating from the first millennium became a Benedictine Abbey in the second, was refounded as a Cistercian Monastery in the twelfth century by a King of Limerick, Domhnall Ó’Briain, went through Henry VIII’s decimation of the Irish religious houses in the 1530s but survived as a pilgrimage centre until the Williamite wars of 1690. (Incidentally, in my anxiety to try to understand the fine detail of Irish history around this time, I discovered that the Protestant King William’s campaigns in Ireland were funded by Pope Innocent XI to the tune of 150,000 Scudi, which in today’s money is around four and a half million Euros! Can someone explain, please?) By the beginning of the 18th century Holy Cross was in ruins and, like so many other destroyed sites, the remains of the Abbey became a local burial ground. 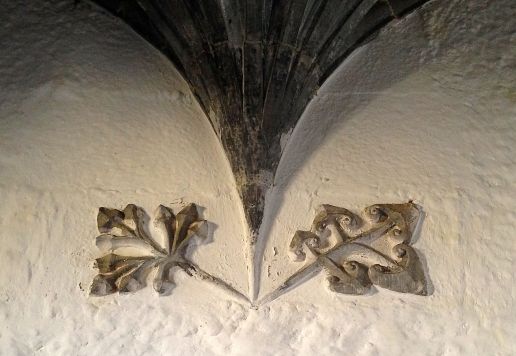 The church abounds in riotous ornamentation

‘Tomb of the Good Woman’s Son’

Following the Reformation the Anglican Church of Ireland became the established church and the entire population – overwhelmingly Catholic – had to pay tithes to the Church of the Ascendancy. English Prime Minister William Gladstone declared “My mission is to pacify Ireland” on being elected in 1868, and his Irish Church Act became law in 1871. This disestablished the Church of Ireland: no-one paid tithes thereafter, and Catholics were free to worship wherever they wanted. At the same time ruins such as Holy Cross became scheduled National Monuments ‘…to be preserved and not used as a place of worship…’

The ruins of the abbey became a burial ground (Bartlett) 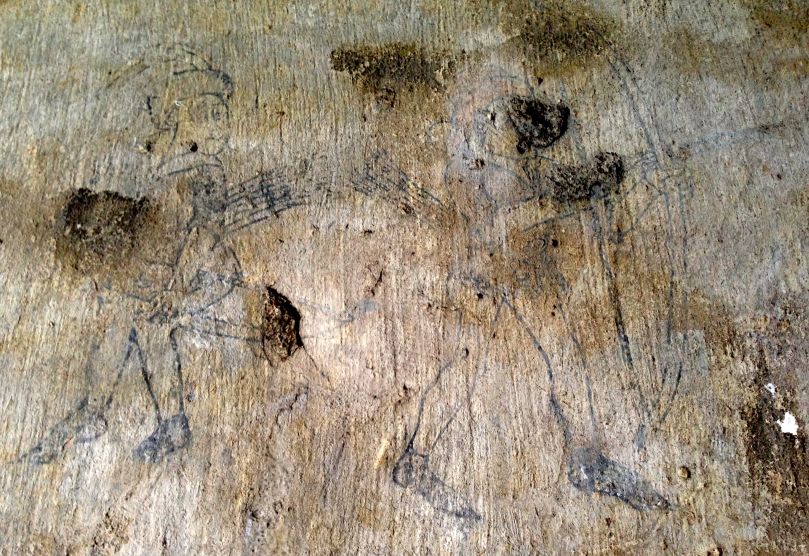 On the 50th anniversary of the Dáil, on 21 January 1969, special legislation was enacted to enable Holy Cross Abbey to be restored as a place of Catholic worship: the only exception to the 1871 Act ever granted. 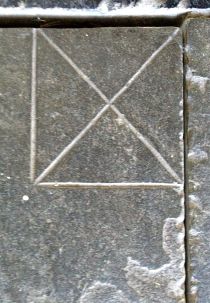 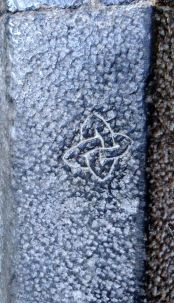 Now, in the third Millennium, Holy Cross is fully restored as a functioning Catholic Church and a pilgrimage centre which, every September, hosts around 65,000 pilgrims.

Why do so many people come to Holy Cross? Possibly because it was important enough, originally, to house a relic of the True Cross. In 1586 the English antiquarian William Camden wrote of the ‘…famous abbey to which the people still come to do reverence to the relic of the Holy Cross…’ He went on to say ‘…It is incredible what a concourse of  people still throng hither out of devotion. For this nation obstinately adheres to the religion of superstition of their forefathers…’  This relic disappeared in the 1630s.

After the restoration of the church in the twentieth century an authenticated relic of the True Cross was provided by the Vatican, and placed on display there. Unhappily, in 2011 masked raiders descended on Holy Cross and, using angle grinders, hammers and screwdrivers, stole the relic. The story has a happy ending however, as it was duly recovered the following year and was safely back in place when we visited.

There is an intriguing piece of folklore surrounding this building. An English prince of royal blood – the Good Woman’s Son – came to Ireland to collect Peter’s Pence (a tithe) but was murdered and buried in a wood near the Abbey. Following a vision, a blind monk discovered the boy’s body and carried his ring to his mother, the Queen. In gratitude she presented to the Abbey a large piece of the True Cross which had recently come to England. 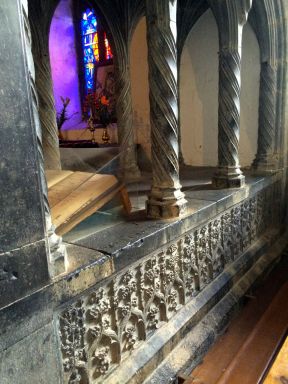