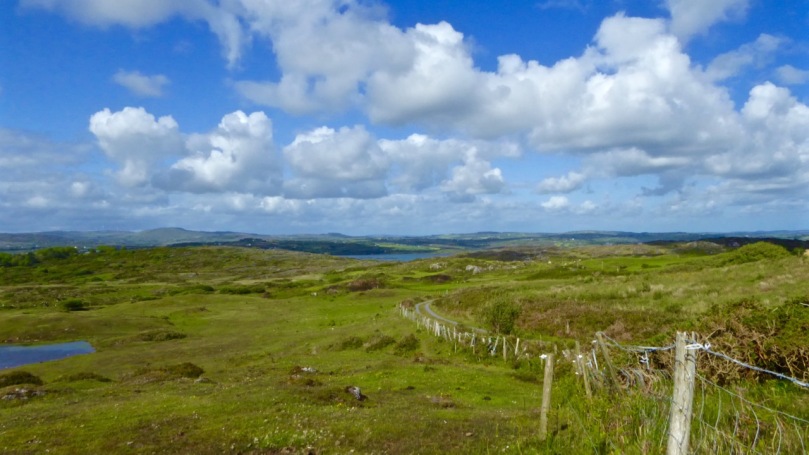 The view from Ballycummisk, on the Rossbrin Walk

Today (Sunday 28 June) a newly established system of walking trails was formally launched – by longstanding local TD (now retired) Jim O’Keefe – at Aughadown: we were part of the crowd

The Unveiling – from top left: mover and shaker Eugene McSweeney with Jim O’Keefe; Jim and the Fastnet Walk Trails Group Committee cutting the ribbon; on the inaugural walk – Fr Patrick Hickey giving us the low-down on smuggling at Roaringwater Pier; the wonderful Kilcoe National School Band

At Kilcoe Trailhead – the walks unveiled!

Rediscovering what we’ve only recently discovered… is that the best way of describing our experiences exploring the just launched Fastnet Trails? We have been traversing and driving around the boreens – local lanes and byways – that permeate this beautiful stretch of coastline and country on our own peninsula (Ballydehob is colloquially termed ‘the Gateway to the Mizen’) for the full two years that we have lived permanently here at Nead an Iolair. We have taken in the vistas – from the windows of our car – and appreciated the profuse combinations of sky, sea and mountain as we passed on our way; now, we are seeing everything anew, and in closer focus, because we have started to walk the trails.

It may seem strange that many of these walks are along roads but don’t let that put you off! Remember that here in rural Ireland the old lanes were made to serve farmsteads and are little used today by anything more than very local traffic. I did the hike home from Ballydehob this morning (after my usual excellent coffee break in Budds) on the long route, passing by Ard Glas (Ballydehob Rossbrin Walk): I pootled along for well over an hour and didn’t see a single vehicle in the whole of that time! In fact, a passing car (or bicycle or tractor) is an event: invariably it involves a pause in walking while the time of day is passed in leisurely conversation during which acquaintances are made and news is passed on…

Have you time for a chat?

Before the official opening Finola and I undertook one of the walks (Lissheenacrehig Walk, starting at Kilcoe Trail Head): we deliberately chose the one that seemed perhaps the least interesting as it heads north inland and doesn’t pass directly by Roaringwater Bay. I’m not sure what we expected – after all, we had travelled all the little roads on this route by car previously – we are great explorers! In fact, our eyes were opened and we were surprised to be presented with wide views focussing on Mounts Gabriel, Kidd, Corrin and all the rugged uplands in between, and to be given the huge bonus of time to stop and scour inviting rock surfaces for new examples of Rock Art (we didn’t find any). But also it was the closer encounters which we really valued: a wealth (if that really is the right word?) of ruined sheds and cottages; wells, walls and wild flowers; an old burial ground with its memories of lives lived; the tumbling waters and green rocks of the Roaringwater River just before it empties itself into the Bay; archaeology (viewed from a distance on this occasion – the standing stones and ring forts are on private land and – as always – permission should be sought from the owners prior to visiting: that, of course, creating further opportunities for chat and dawdling).

The signage on these walks is clear but discrete – you’d have to try very hard to lose your way. Very occasionally there are information boards: these have been well thought out and attractively drafted. At the end of our sample walk we realised we had taken three hours to do the 7.5 kilometres: the well produced trail information recommends allowing an hour and three quarters! I think that emphasises our predisposition to get diverted in every possible way…

Signage on the Butter Road

Useful signs along the way…

In all there are 80km of walks set out, from Schull in the west to Lisheen in the east. They are easily accessible, and there is ample parking at all the Trailheads. 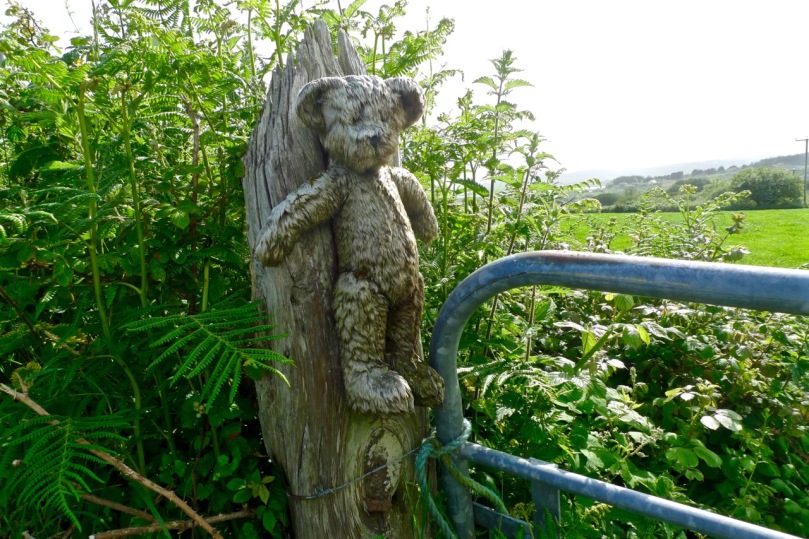 The one trail which is largely away from surfaced roads is the Butter Walk, running between Ballydehob and Schull. This an ancient way – Finola has written about it and its fascinating history previously. It’s magical to get into the heart of rural Ireland and to immerse yourself in nature and a past writ so clearly on the landscape. 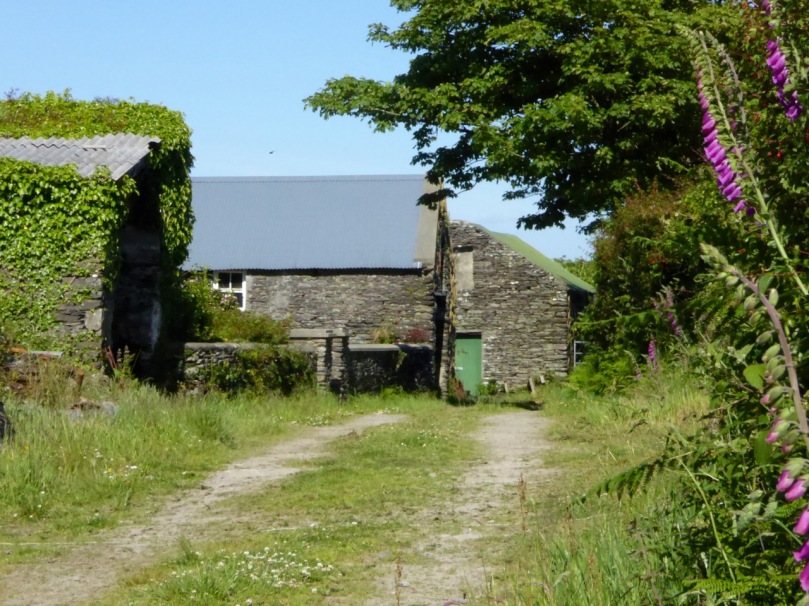 Along the Butter Road

We really believe that West Cork is pulsating with an underlying energy! So much has happened (and is happening) during our time here. Much of it is, of course, down to people who have been working away for years – often behind the scenes and, therefore, unappreciated – but future generations will realise what a debt is owed to these innovators: West Cork has been steadily and deservedly building its reputation as good food capital of Ireland, for example – and the opening of Uillinn in Skibbereen will emphasise the equal importance and historical context of the arts in these remoter landscapes. For music, drama and literature, also, we are always spoilt for choice: the furthest we have to travel is half an hour to see and hear world class performers in all these genres. 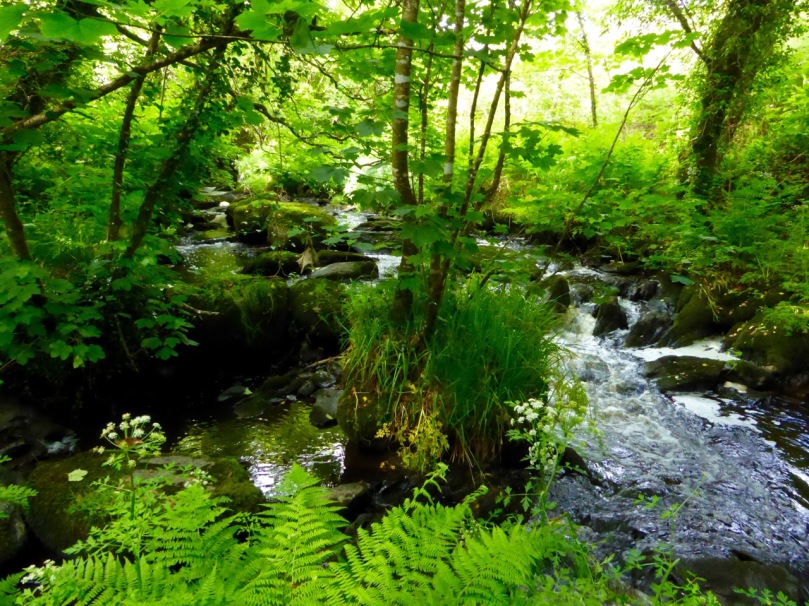 The latest asset to bring West Cork to the fore is this – literally – trailblazing one: the establishment of a network of walking routes along the coast, through the countryside and into the wild places. Fastnet Trails has been quietly gestating now for some time: the launch today shows how much work has been undertaken already – and what fruition has been attained. On behalf of everyone locally we thank the organisers for achieving the realisation of their dreams which benefit all of us and the generations to come. A grand start has been made: undoubtedly, more good works will follow. 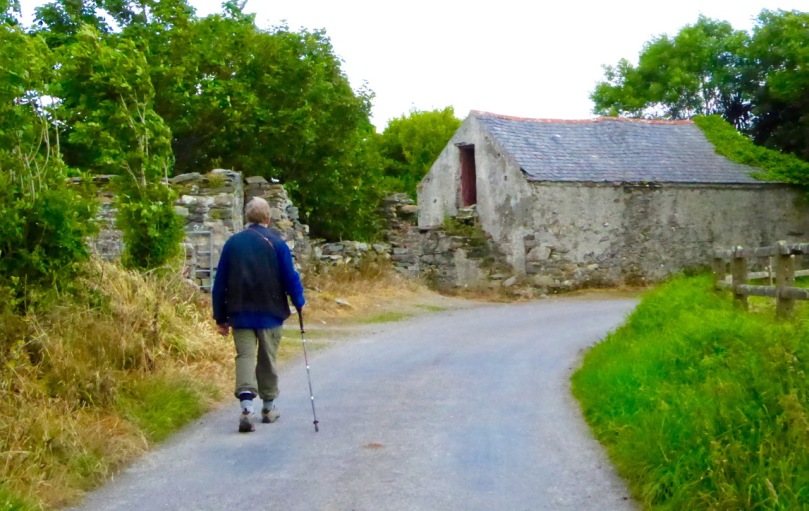 Fastnet Trails are recognised by the National Trails Office and the Wild Atlantic Way: the venture has been organised by The Fastnet Walks Trails Group with the help of the Community Councils of Aughadown, Ballydehob and Schull