There’s a class of monument in Ireland that I am only discovering as an adult. There is a reason for this – as a young person growing up in a conservative Catholic culture, it was verboten for us to enter (yes, even just enter) Protestant churches. I was used to a certain iconography – stations of the cross, statues, stained glass of saintly subjects – and very rarely did it include memorials to deceased individuals. That was confined to the graveyards.

As our readers will know by now, Robert and I never pass an open church without poking around inside. Last year, in The Love Which He Bare Her, I wrote about the wonderful memorials I have discovered to women, cataloguing their many virtues. That was for St Valentine’s Day so since it’s still February I thought I would do a similar post for men. There are lots – poets, priests and philosophers, benevolent and erudite – but the ones I have been most taken by are the military memorials* we have discovered in Protestant churches.

Irish men served in the British army all through our long and complex history together. My father served in the Second World War although he saw no combat. My maternal grandfather was a Sergeant in the Welsh Fusiliers stationed in Dublin where he met my grandmother, whose own father had served in India and Afghanistan. 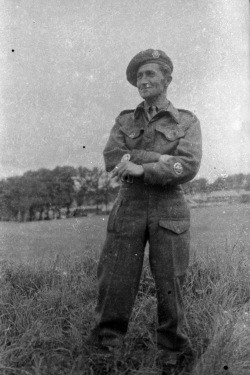 Left: My father, Hugh Finlay, during his time in the British Army, stationed in Belfast during the Second World War. Right: The grave of my Welsh grandfather, William Owen Roberts, in The Hague, Holland. He saw action as a young man in the Boer War. He died of the Spanish Flu on his way home from the First World War.

Although this was part of family lore, it received no attention in our history lessons. Once again – there’s a reason for this. It’s been succinctly expressed by Turtle Bunbury in his book The Glorious Madness:

For those who returned to Ireland after the war, the horror of their experience was magnified by the realisation that everything they fought for amounted to nought and that anyone who thought otherwise was no longer welcome. Although many of those who won independence for the Irish Free State had formerly served in His Majesty’s forces, there were powerful elements within the new order that would obligate the country at large to throw an unforgiving eye upon ex-servicemen of the British Empire. In time the hostility became amnesia and the Ireland of my youth in the late 20th century seemed to have a history in which the only war the Irish ever fought was for freedom from Britannia’s rule.

Turtle’s book opens our eyes to the vast numbers of Irish men and women who fought in WWI and their reasons for doing so – reasons as diverse as their backgrounds. Read the chapter on Tom Kettle and Emmet Dalton, for example, or the piece on Liam O’Flaherty (author of The Informer) or that on Cork’s famous son, Tom Barry, as well as those on members of the Anglo-Irish aristocracy such as Lord Desmond FitzGerald, or famine-survival emigrants such as Knox D’Arcy who helped found BP Oil. Thankfully, the collective amnesia is being faced now and memorials to WWI dead are springing up in country graveyards around Ireland. 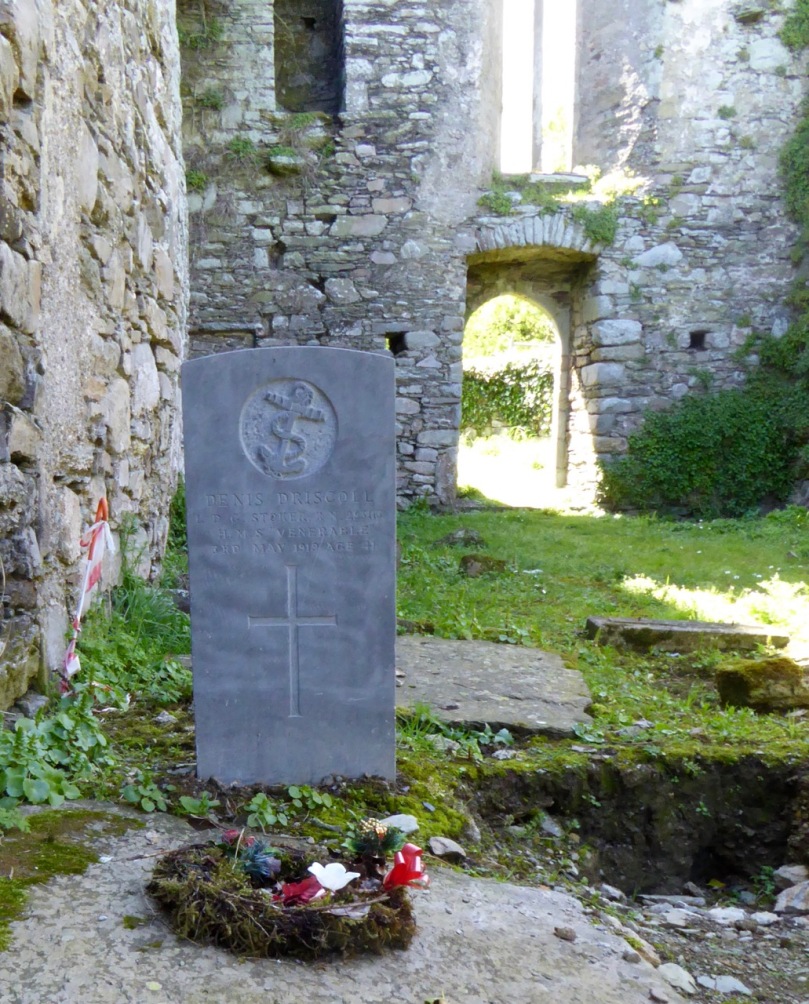 A new slab at Abbeymahon church near Courtmacsherry remembers Denis Driscoll, a local man who fought in WWI

Besides the first and second World Wars, though, the military memorials that have caught my eye have celebrated the courage and sacrifice of Irish men who devoted their lives to a career in the British army and navy even before the 20th century. But why are these memorials inevitably found in Protestant churches and not Catholic? Besides the conventions of iconography and the collective amnesia referred to above, there is, yes you guessed it, a reason for this.

As part of a minority but ruling class in Ireland, Church of Ireland members often saw themselves as standard bearers of Empire. As a community they were on the whole (with many notable exceptions) conservative and unionist and looked to Britain for education for their children. Many families had generations-long traditions of sending their sons to serve in the army or navy. (While Irish Catholics also served, it was predominantly in the ranks of foot-soldiers and to escape unemployment at home, rather than as career officers.) British military valour and sacrifice, therefore, loomed far larger in the consciousness of Protestant families than in Catholic ones.

According to Martin Maguire in his paper “our People”;  the Church of Ireland in Dublin and the culture of community since Disestablishment, The most powerful and emotional bond with Great Britain, and within the Church of Ireland community in Dublin, were memories of the first World War… After the war Remembrance Day became one of the most solemn occasions in the year, one which strengthened the sense of being a special community and, despite national independence, maintained the close identity between the Church of Ireland and the community of the British Empire… The loss of a great many young men to a population which was already unstable was traumatic.

But this is also true of all the preceding wars, and this is reflected in the church memorials we see in the Protestant churches. Battles and engagements in places we never learned to think about about in school as being part of our collective heritage (the Burma War? the Siege of Lucknow?) are eulogised in these tablets and plaques. Soldiers are honoured by their companions, and lamented by their families. Their bravery and accomplishments are lauded and potent symbols such as crossed spears and empty helmets represent their sacrifice. 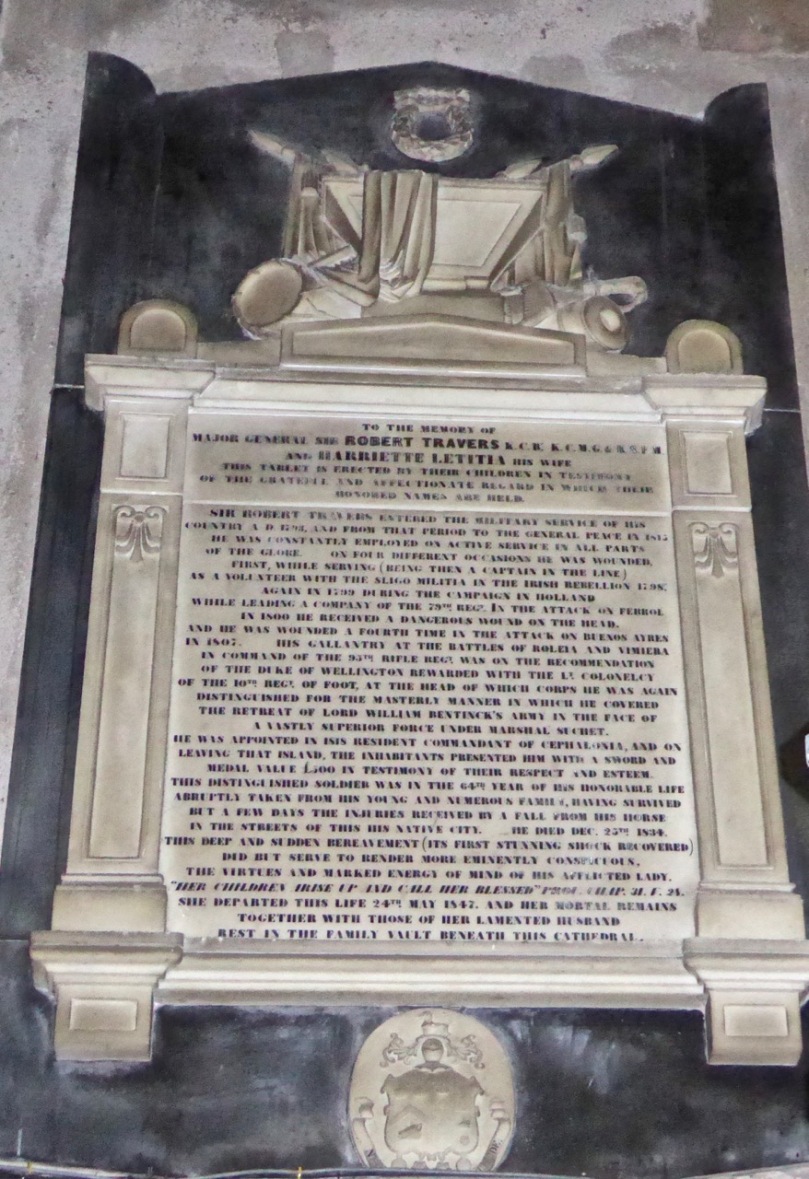 Being an ‘Outpost of Empire’ doesn’t sit well with our ideas of what Ireland is now and this year in particular we will be celebrating our independence from all that that phrase invokes. But these memorials serve to remind us of the complexity and plurality of our history, and in many case of our own family history.

The Brabazons, about 1900. Great-grandfather John Edward had served in India and Afghanistan and wears a military medal. Great-Uncles Michael and James wear the uniforms of army cadets**. Marie, my grandmother, who married William Owen Roberts, is in the middle at the back