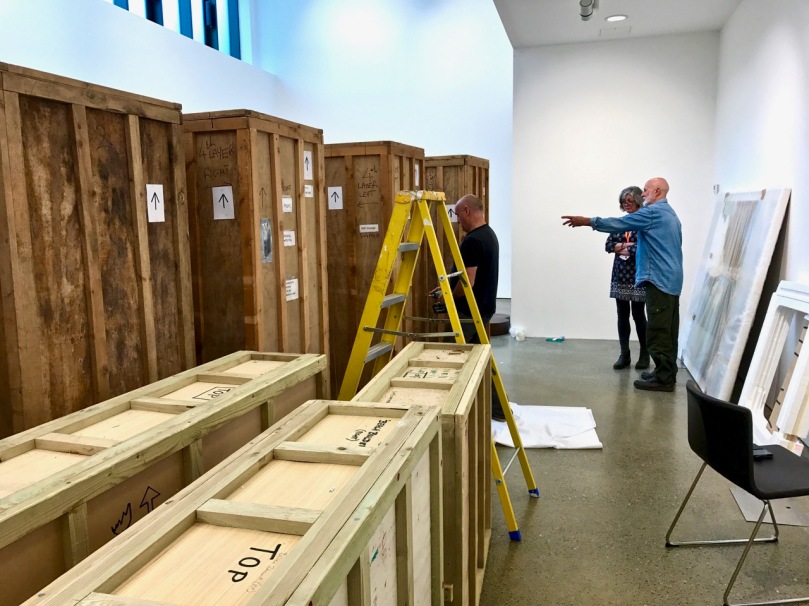 I was allowed behind the scenes to experience the exhibition of Cornish artists – West meets West – being unpacked and arranged. It’s quite a process. All the works are large scale and were packaged for protection during the journey across sea and land from Cornwall. For a while Uillinn’s spacious ground floor gallery seemed overwhelmed, and it was hard to envisage how the various elements (two dozen substantial pieces) would come together in harmony with each other. 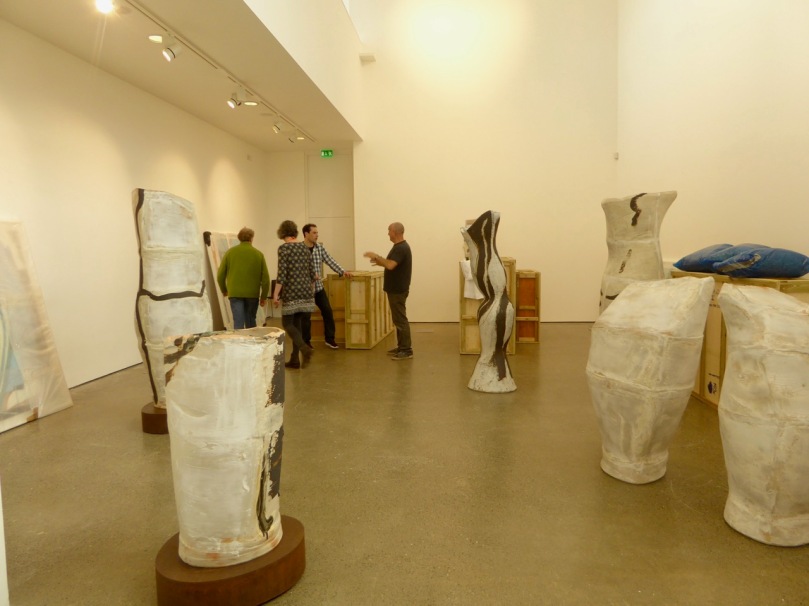 The work comprises paintings, a tapestry and a laminated glass piece by Matthew Lanyon; relief sculptures by Philip Booth, and ceramic sculptures by Tony Lattimer. Many are heavy, and they all have to be handled safely and carefully (white gloves only!).

The exhibition runs over Uillinn’s two galleries, and there was a bit of ‘trial and error’ involved in deciding how the dynamics of the pieces would interact. In fact, I believe all the exhibits are strong enough to stand alone but also relate to others when, inevitably, the viewer moves around and experiences the various juxtapositions. 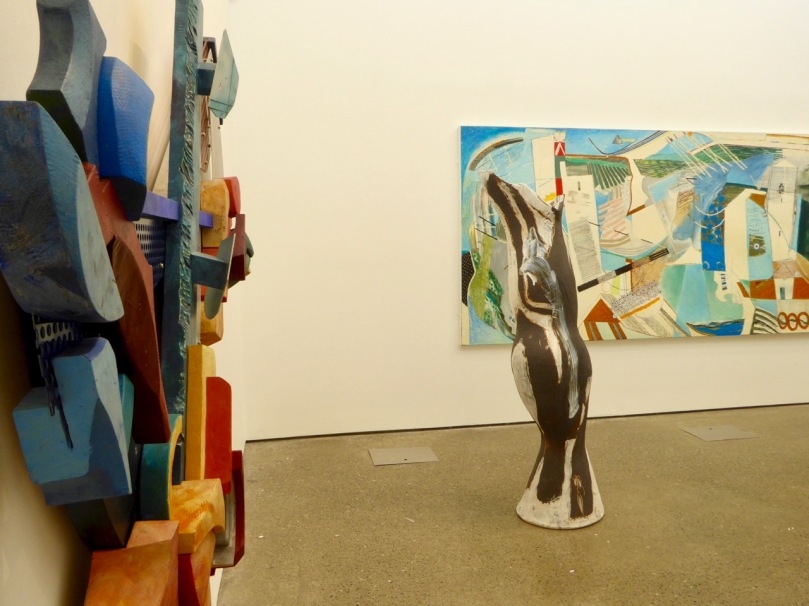 Juxtapositions: upper picture – Lattimers and a Lanyon create excitement when seen together. Lower picture – Booth, Lattimer and Lanyon sing to each other, and perhaps we can see something of the shared elemental nature of all the works, which have a Cornish conception in common

There are a few ‘firsts’ in West meets West – it’s the first time that Cornish artists have visited Uillinn in a group show; this is, hopefully, a first step in a collaborative venture which will see the works of contemporary artists crossing between Cork’s west coast and Cornwall’s westernmost peninsula. Both communities have strong historic links and both have supported creative centres for arts and crafts going back a century and more – and still do. It’s also the first time that some of these works have been publicly shown.

Upper – Philip Booth’s dramatic enormous triptych, inspired by the landscape around Gwennap Head, Cornwall, displayed for the first time ever at Uillinn. It is constructed from an array of materials and uses a complex pallette. Also exhibited for the first time here is the newly completed ‘Altar Piece’ (Lower picture), a laminated glass triptych by Matthew Lanyon, here in use during the young childrens’ art exploration programme

Every exhibition has a formal opening. West meets West was opened by the Mayor of Cork County, Seamus McGrath, who spoke of the importance of maintaining links across the sea, particularly in these divisive times of ‘Brexit’. On the following day, there was a very well attended panel discussion where the artists were given free rein to relate their experiences in conceiving and creating their work: Matthew’s widow, Judith, represented him and gave us some wonderful insights into why the Lanyon works were made and how they might be interpreted. Philip Booth talked us through the processes involved in designing and building his complex constructions, while Tony Lattimer effusively expressed his working methodology. 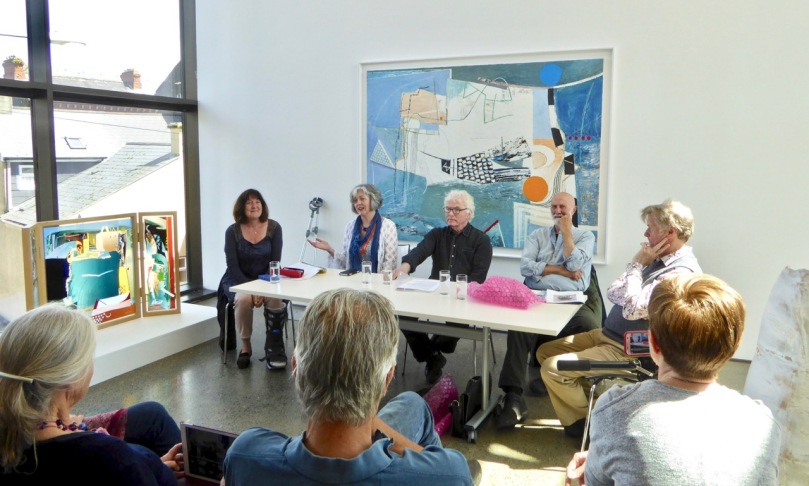 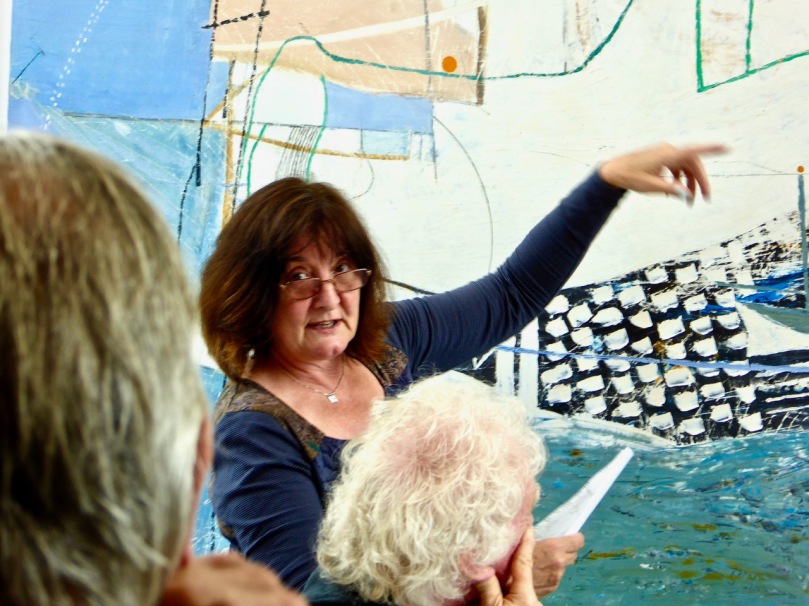 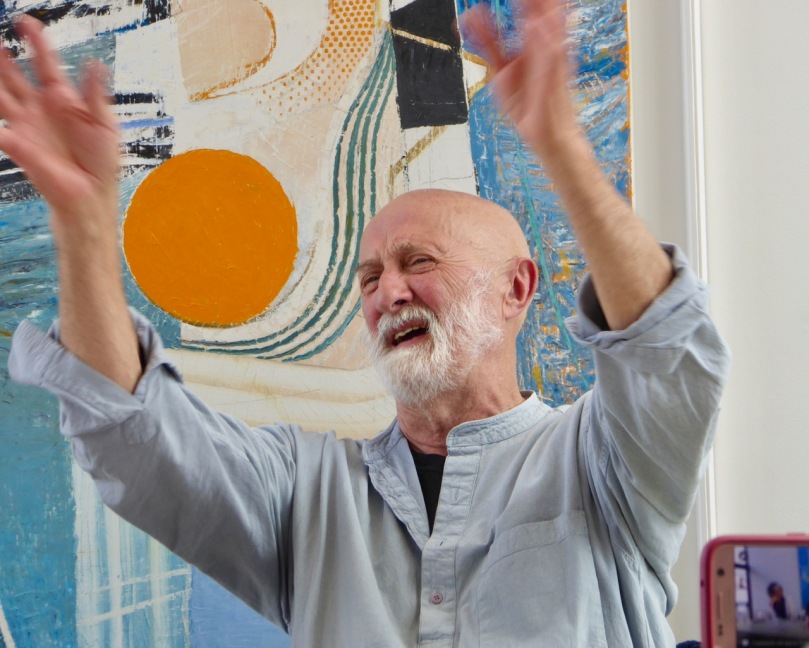 It has been a great achievement to get this dynamic, vibrant and colourful exhibition into the galleries at Uillinn. Please don’t miss it – it runs until 8 July – and look out for some extra events: I will be giving a talk following a guided gallery tour on Saturday next, 10 June, commencing at noon. Tony will be giving a ‘walk and talk’ on his work at 3pm this Thursday, 8 June – keep an eye on the Arts Centre website or Facebook. We are also planning a coach tour of sites in West Cork which have Cornish connections (there are many!). Please ask at the gallery if interested. 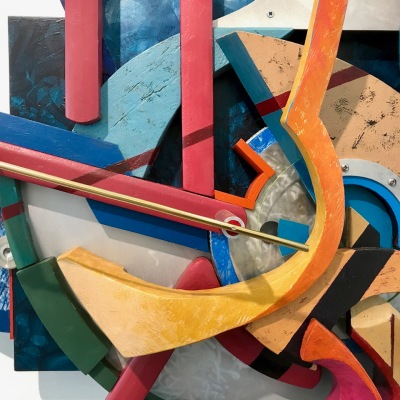