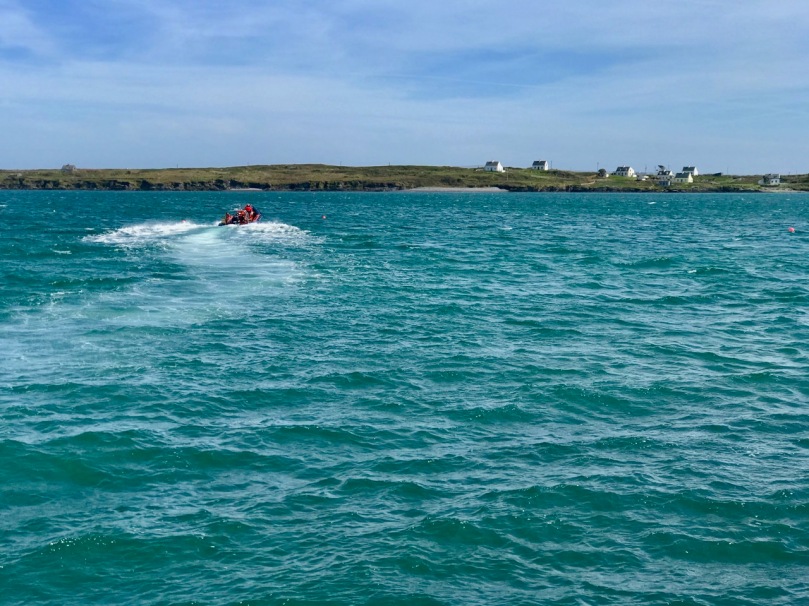 The very distinct, treeless landscape of Long Island seen across the water from Colla Pier, from whence a ferry service will take you over: look here for the times. Alternatively, you can contact Helen of Schull Sea Safari and travel there on her large RIB, the Kealtra – we went with her from Schull Pier: my recent post told some of our adventures.

The seven permanent human residents on the island (in 2019) are supplemented by a good few four-legged inhabitants: we met most of the latter. Once there were enough people living here to support a school. That building now stands gaunt and empty right at the centre of a single road serving the two and a half mile long strip of land that lies at the very edge of the Atlantic. 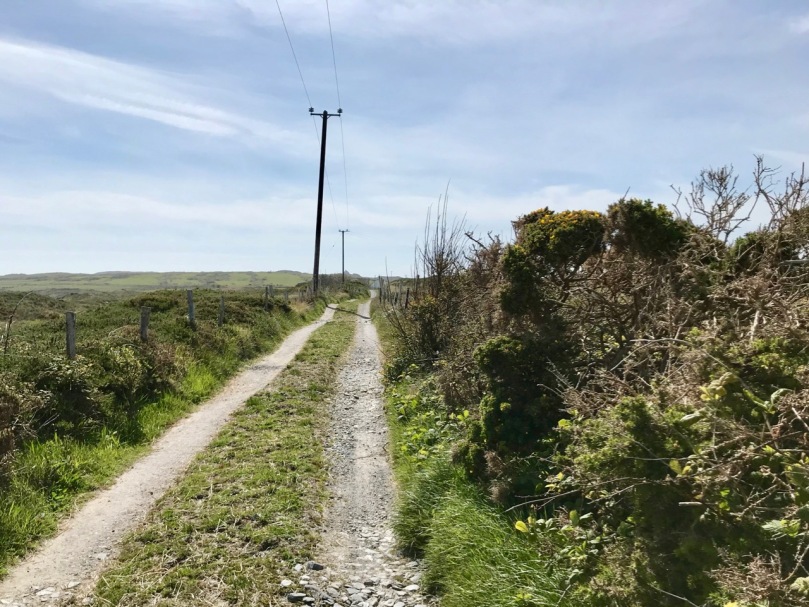 Upper – the eastern end of the road that runs the length of the island is a trackway which served the old copper mine and the navigation beacon; above – the former school still stands, but is unused and decaying

One fascination of Long Island is a sense of fragility: even though it’s only a short sea crossing from the mainland it’s a completely different world. And you inevitably wonder about its future. In 2014 – just a few years ago – Helen Selka made a film about the island. It is well worth finding and watching: at least have a look at this trailer, remembering that there have been changes since then, although much also is unchanging. The film’s title is perfect: Bleak Paradise. 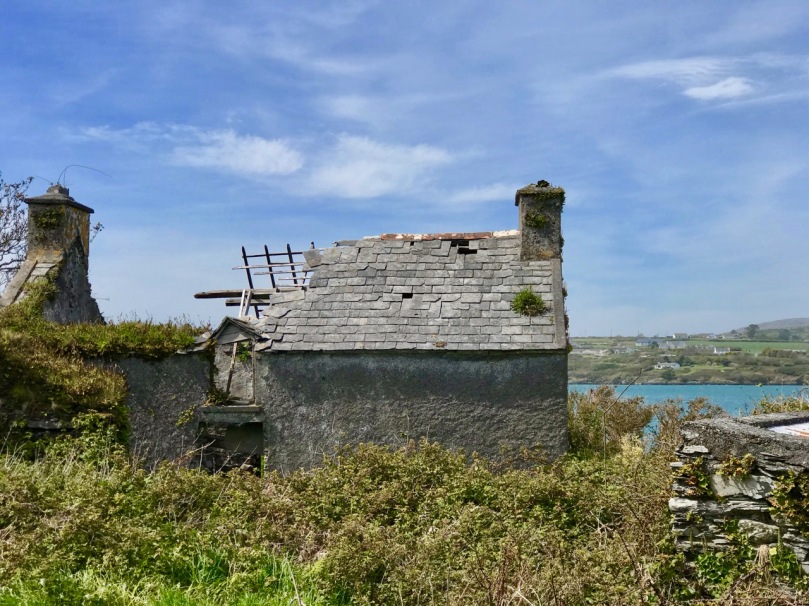 Fragile lives: in the centre picture is Finnbar, one of the permanent residents of Long Island. He appears in the trailer to ‘Bleak Paradise’

The island also has the distinction of being notable in the world of philately! On 24 April 1973 four postage stamps were issued by the ‘Long Island Local Carriage Service Ltd’. This local initiative was set up to improve the postal service then provided to and from the island. It was a private concern, and disapproved of by the Department of Posts and Telegraphs of Ireland, who made it clear that:

The Irish Post Office has not, at any time, approved the establishment of a privately owned and operated carriage service by the Long Island Local Carriage Service Ltd, and that company was not given permission to issue stamps and charge rates for the carriage of mail . . .

A little piece of very local history: Long Island’s attempt to set up its own postal service, dating from 1973. It created waves with the official postal service, and provided some good fodder for collectors of ‘first editions’!

We spent a day exploring this special place, and determined to return. We will choose a different time of the year, to gain a new perspective on this tiny, inhabited landfall on the edge of Roaringwater Bay. We recommend anyone to make a visit and take in the alternative lifestyle that is governed by a minimal population and a hidden and sequestered location. 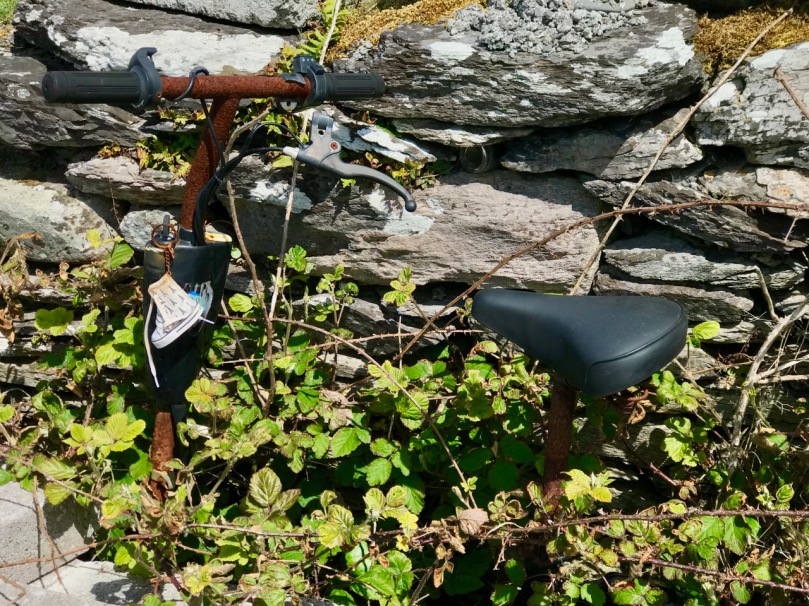