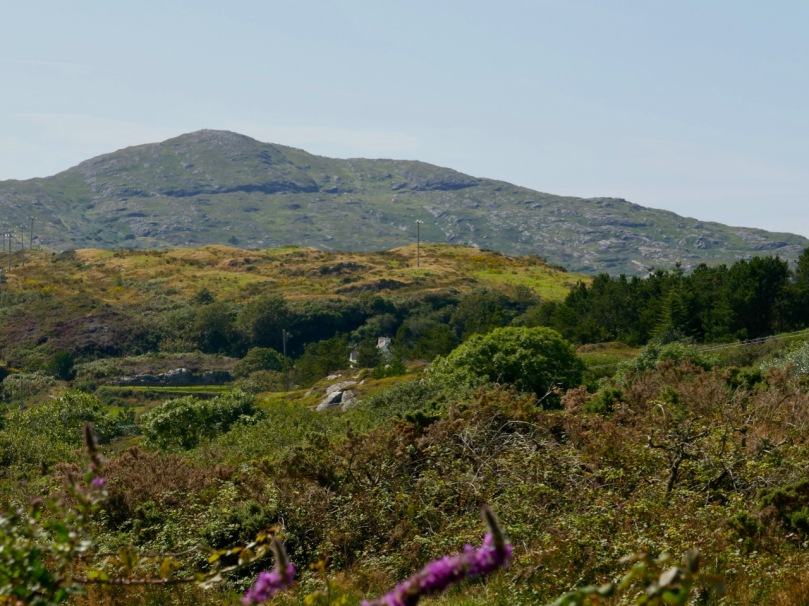 What do you do when a fine day dawns and you want something totally relaxing? You go Mizening, of course! OK, it’s not a real word, but it should be – for the act of wandering at will around our wonderful peninsula. 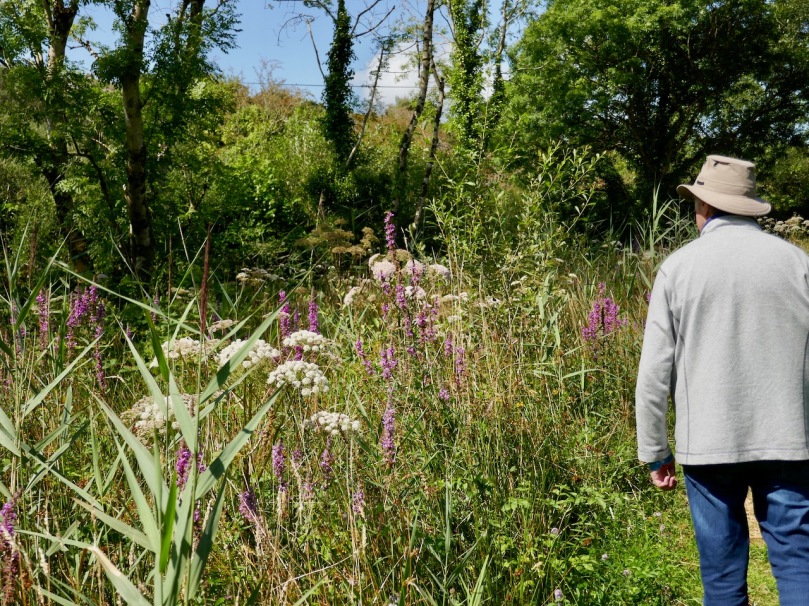 We’ve been tied up a lot lately with the West Cork History Festival – it was a great success, by the way, with a wide variety of speakers and topics. We really enjoyed leading two of the field trips, including one that involved much dodging rain showers. But now it’s time to get back to our true avocation – meandering lazily around our own patch of heaven.

So what follows is a record of a blissful day on the Mizen, doing not much of anything, drinking coffee, visiting new friends, observing the wildlife, popping into the Blue House Gallery – well, you get the picture.

Those new friends? Judi and Pete Whitton, both artists, with a home and Gallery near Schull. Judi and I felt we knew each other already although we had never met in person, just through the wonders of the internet. She has a gorgeous show, Easel in the Ditch, running at the moment (follow the signs from Lowertown) – we were bowled over by her beautiful watercolours.

Then it was off for a walk in the countryside. You think you’ve been down all the little roads before, but there are always surprises.

Cobwebs in an abandoned church

It’s August now and many of the flowers have finished blooming, but others have come along to take over and the boreens are still a delight. 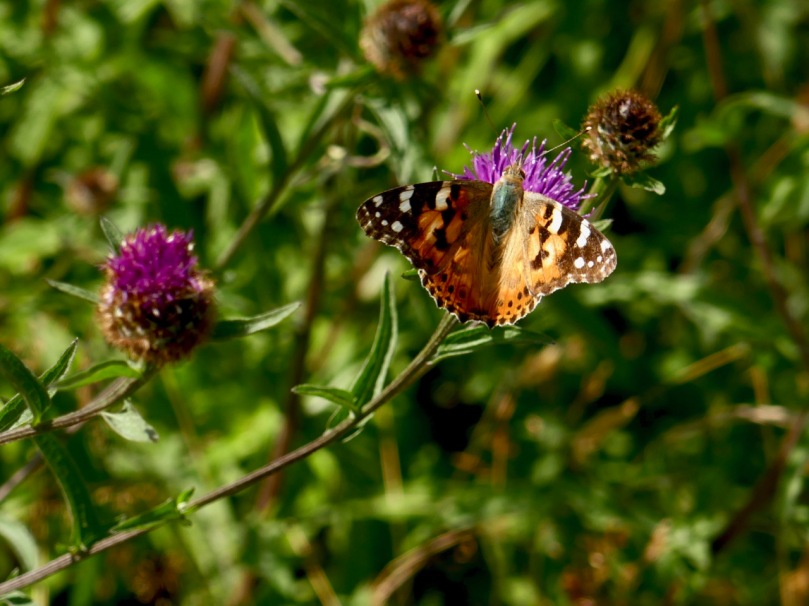 We’ve had an invasion of Painted Lady butterflies. Normally, this is a phenomenon that happens once a decade, but it’s starting to happen more often now, and scientists feel it may be down to general climate warming. The butterflies are especially attracted to the Knapweed, which is abundant, although they have to compete with the bees for it.

We were seeing lots of dragonflies too, although they wouldn’t stay still enough to allow a photograph – I finally snuck up on this one (above, both images), which it turns out is a Ruddy Darter. Well named!

After more obligatory wildflower photography (example above, Eyebright), we dropped into Schull to see the latest Exhibition at the Blue House Gallery. Titled cleverly Blau Haus/Bauhaus, the downstairs show is based on the Bauhaus, the German arts, crafts and design school, founded a hundred years ago, that dragged us all into the twentieth century, . 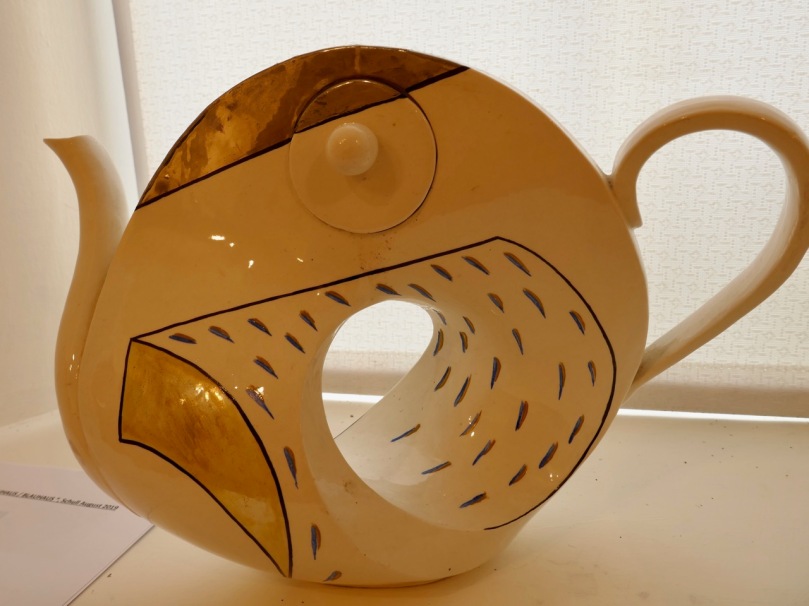 A tiny taster of the Bauhaus-inspired pieces above – a detail from a tall fused glass and bronze collaboration by Angela Brady and Holger Lönze, and a teapot by David Seeger

Upstairs was an entirely different show – The Drawn Line, curated by Catherine Weld. I was particularly taken with this line drawing by Christina Todesco-Kelly, titled simply Satchel.

A lovely day! I did mention coffee, so I will end with a detail from Judi Whitton’s portrayal of our favourite local, place to get coffee (or lunch or dinner!) – Budd’s of Ballydehob. It captures so well what Mizening is all about and it’s the first thing we see as we approach Ballydehob from Nead an Iolair.