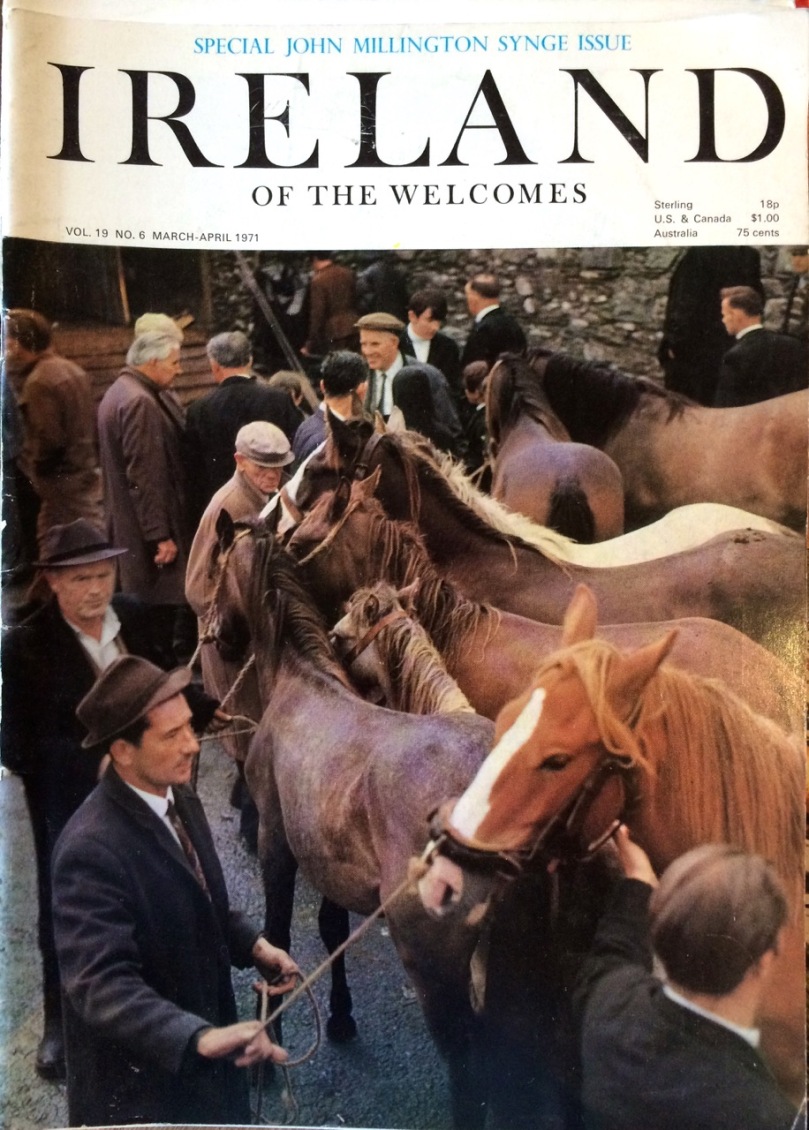 Out of the blue, a friend has given us an old set of Ireland of the Welcomes. Her mother, Roisin, is downsizing, and thought we might like them. Understatement of the Century!!! This set covers the 1970s. I left Ireland in the 70s – the articles in this magazine create an Ireland frozen in time, just for me.

1970s set of Ireland of the Welcomes

The magazine is still flourishing – indeed, it’s one of the longest periodicals of its sort in the world – and continues to put out 6 issues a year. The website describes it thus: each issue features lavishly-illustrated pieces on Irish beauty-spots, regular features on Ireland’s extraordinary millennia spanning history, our remarkable literary, musical and dance traditions as well as folklore, festivals, events and so much more. The photography nowadays is superb.

This cover could still be taken today

Although published by a private company now, in the 1970s Ireland of the Welcomes was an official publication of the Irish Tourist Board. Aimed at the overseas market, it was nevertheless also deservedly popular in Ireland. My father, who worked in marketing in Aer Lingus, brought home each issue as it came out and we poured over it. It showed us what others might find interesting about Ireland and therefore what we ourselves could be proud of. 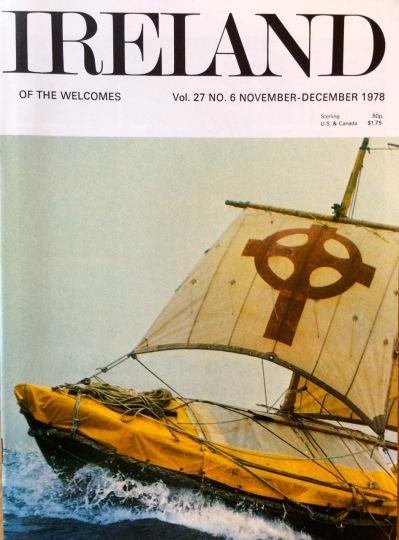 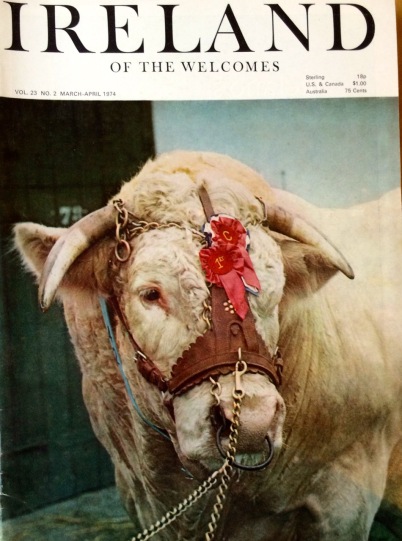 All the best people wrote for Ireland of the Welcomes. I think they must have paid well, because familiar names from the time crop up: the 1971 issues include writing by John Montague, Gerrit van Gelderen, The Knight of Glin, Maurice Gorham, Hilary Pyle, and Niall Sheridan (husband of Monica). 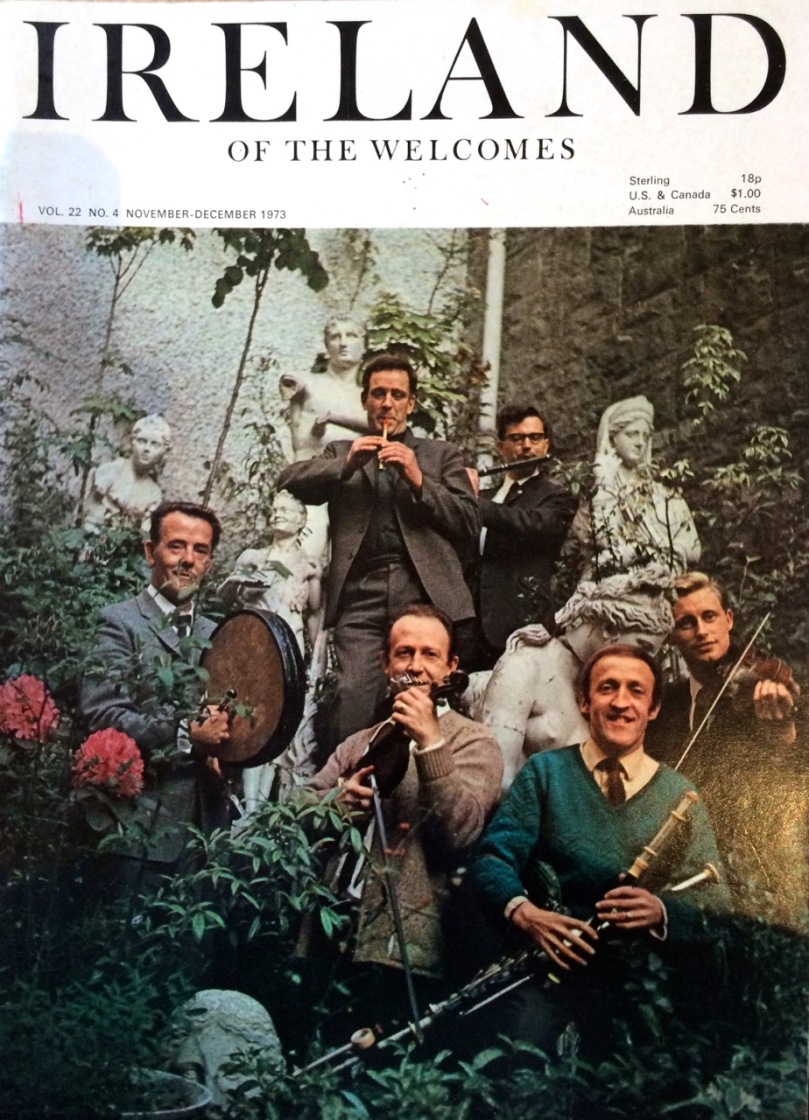 This was no ‘shamrocks and leprechauns’ representation of Ireland – it showed a country transitioning into the modern world, while fiercely clinging to what made us unique. Articles on heritage jostled with pieces on modern farming methods; biographies of bygone artists contrasted with a description of Rosc, the famous modern art show that everyone of my generation visited; wildlife photographs vied with pen-and-ink drawings of inviting pubs.

The famous Rosc Exhibition – modern and ancient art side by side

Of the five 1971 issues I have (I’m missing Jan-Feb), two are special issues devoted respectively to J M Synge (March-April) and Jack B Yeats (July-August). Here, from the Synge issue, is Yeat’s illustrations of the horse race from The Playboy of the Western World. Yeats (brother of William Butler, his more famous sibling) and Synge were friends and collaborators. 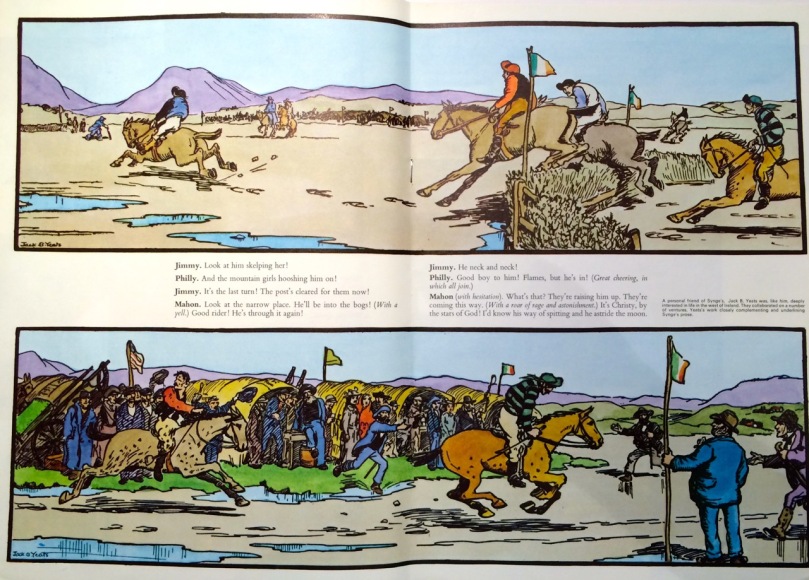 The advertisements constitute an historical document in themselves. Tourists were assumed to be after tweed coats and Aran Sweaters and were invited to fly into Ireland by Pan Am First Class – very glamorous.

Pan Am into Ireland – why can’t flying be like this now?

Each issue contained pages of small ads for shops and hotels and there is a poignancy to many which have since disappeared, such as the beloved Cork institutions of Cash’s and the Munster Arcade, and the two swanky hotels of my childhood – the International in Bray and the La Touche in Greystones (see sad pictures of its current state here). 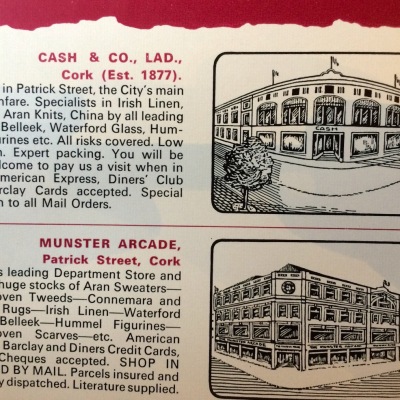 I intend to return to this treasure trove again and again – I have just skimmed the surface so far to give you a flavour of the delights in store. 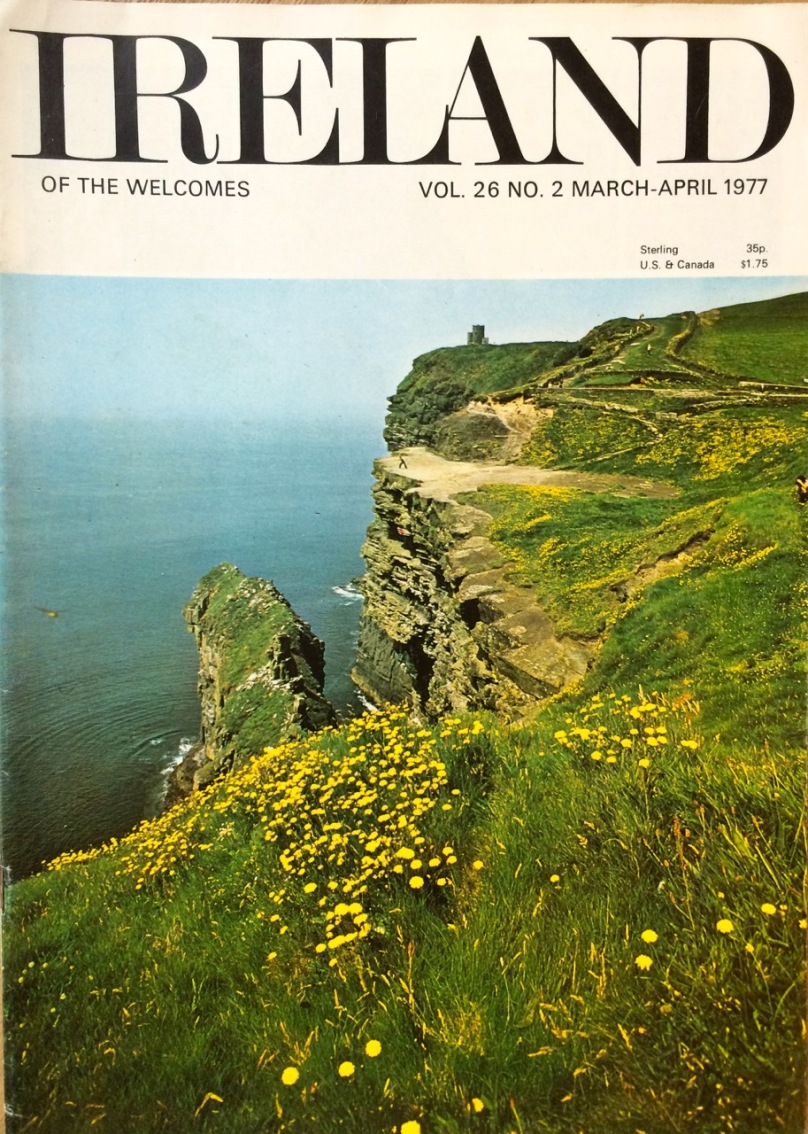 I’ll probably start with 1971 – I was 21 that year, and just finishing my bachelor’s degree in archaeology and history at UCC. Ireland was so different then – but Ireland of the Welcomes was chronicling the emergence of who we are now.