During our travels around Ireland I have been noticing – and recording – some very striking street art, particularly a number of eyecatching murals, such as the one above in Killorglin. If that place-name sounds familiar, it could be because I have mentioned in the past the town’s great event of the year – Puck Fair – which is taking place right now! But – you might say – that’s all about a goat, so why the honeycomb? I’m afraid I can’t answer that, but I can show you that goat, brilliantly painted on a nearby wall:

The month of August is called Lúnasa in Ireland. In past days, because it heralded the harvest – and, hopefully, a good one – it was an important time for festivals and fairs. On my bookshelf is a large volume (707 pages) all about The Festival of Lughnasa – subtitled: A Study of the Survival of the Celtic Festival of the Beginning of Harvest, written by Máire MacNeill and published in 1962. It’s one of the most comprehensive works on Irish folklore that I have yet come across. I started reading it two years ago, and haven’t finished yet! But I’m beginning to understand the significance of this season.

This one – half hidden in a passageway in Dalkey – reminds me of the works of Banksy, the elusive street artist in Britain, whose images are always political. I’m not sure if there’s a message behind the portrayal, but it was an unexpected find.

There’s a definite message in the one above, however: also in Killorglin. Some of the murals we have seen have been very arresting – impossible to ignore, in fact. These two (below) were seen in Waterford City – you’d think they are probably related to each other, but I can’t find out who made them (edit – I now know they were made by Smugone – see the comments to this post – many thanks, Dave). Waterford is THE place to see street art, during the Waterford Walls Festival between August 22nd and 25th this year. We might get along to that. 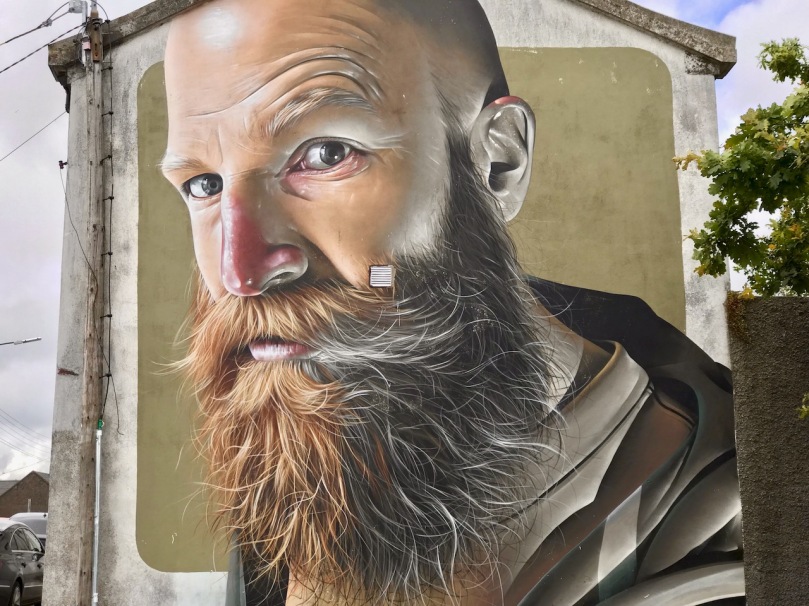 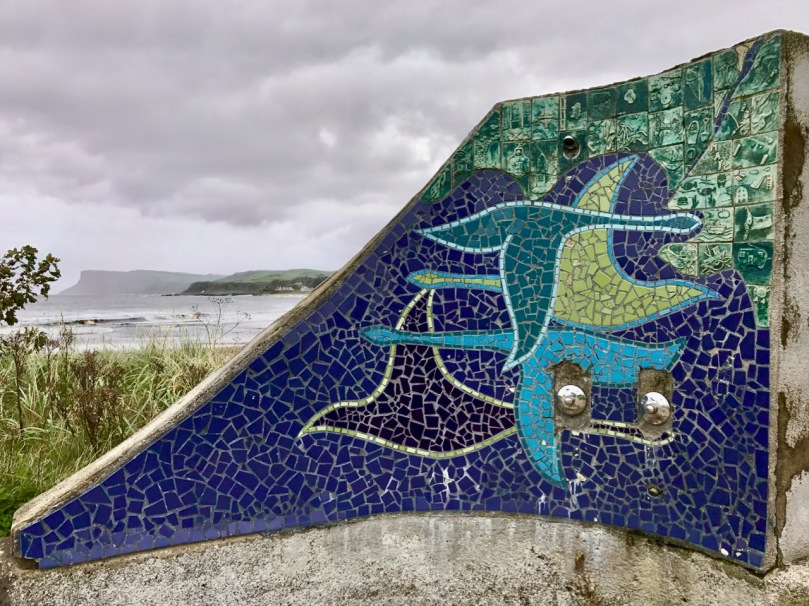 These murals are real works of art. Other murals are, perhaps, more decorative – with the purpose of brightening up an otherwise blank wall within a streetscape; or the means to get local information across. For me, all are collectible. 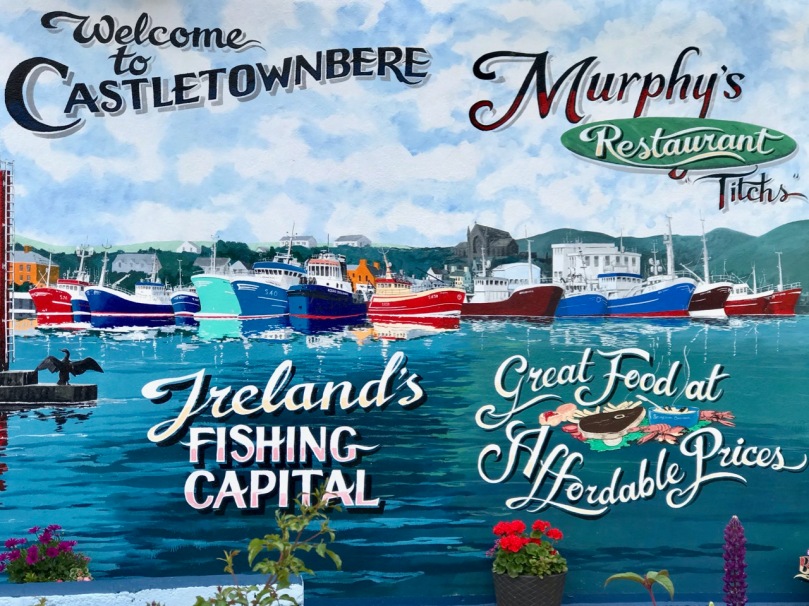 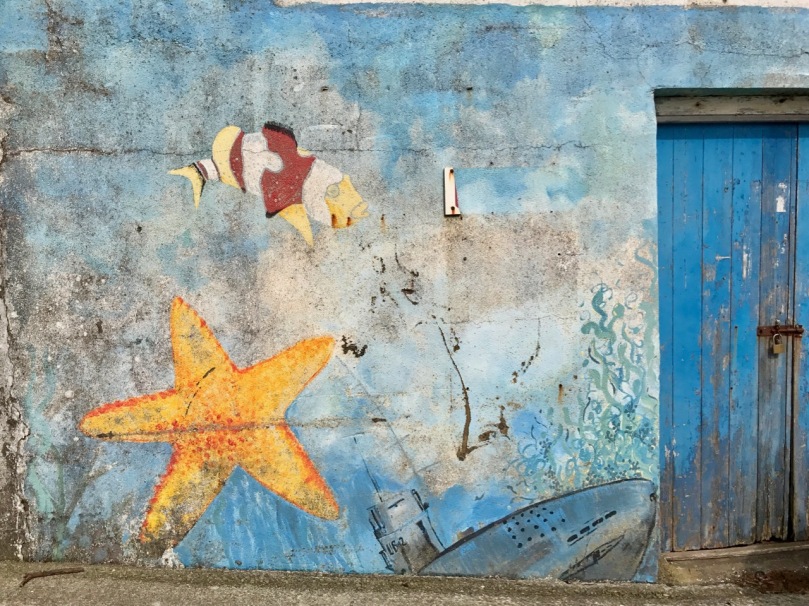 There are murals with connections to local lore and custom. The one below in Dingle has references to the curraghs of the Blasket islanders, while further down are aspects of Ireland’s  traditions and culture: mermaid and musicians. 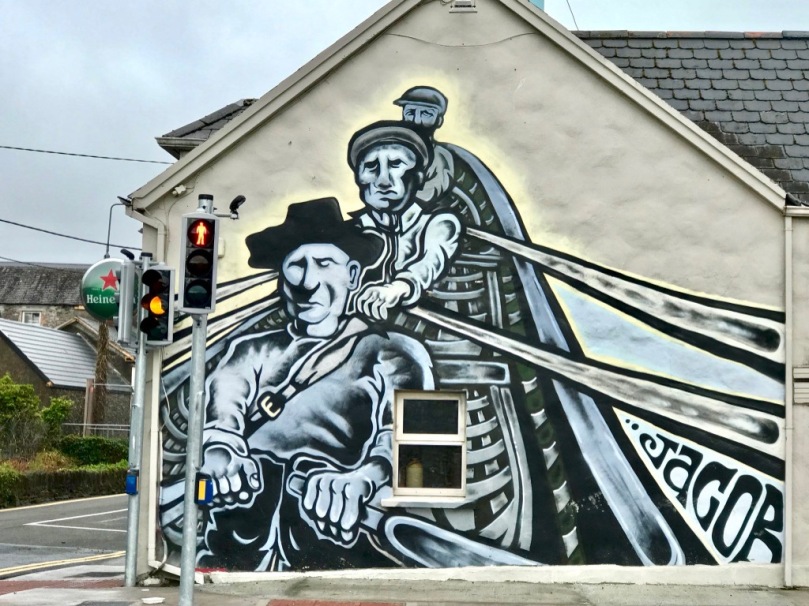 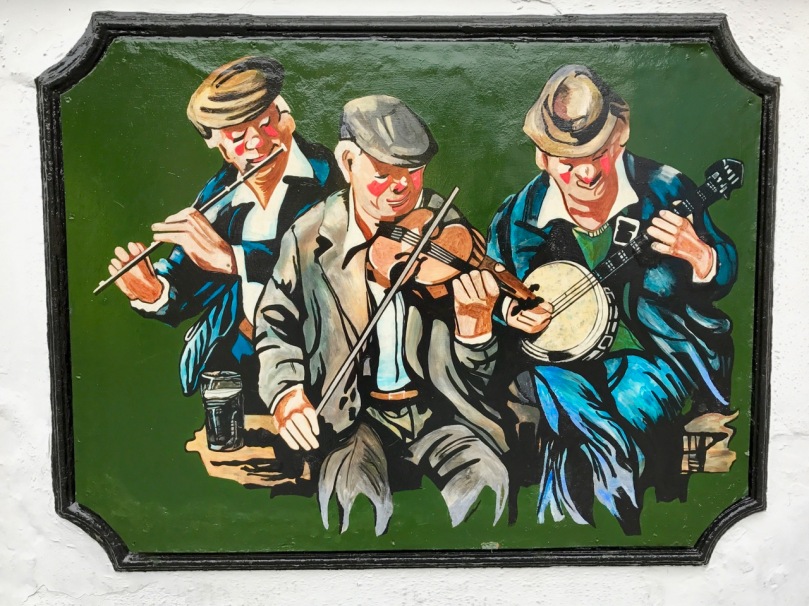 Not forgetting poetry! Last week we saw the anniversary of the death of poet Francis Ledwidge: he died at Ypres in the Great War, on July 31st 1917 at the age of 29. There is a museum dedicated to him in the house where he was born in Slane, Co Meath, and this mural commemorates him:

Finola has written at length on present-day Ireland’s love of colour in towns and countryside. I’m all for it! Why not be vivid and exuberant, especially in a climate which has been noted for its propensity towards grey days (although I must say Irish weather seems to have take a turn for the brighter recently)? Let’s celebrate – get out the paint! 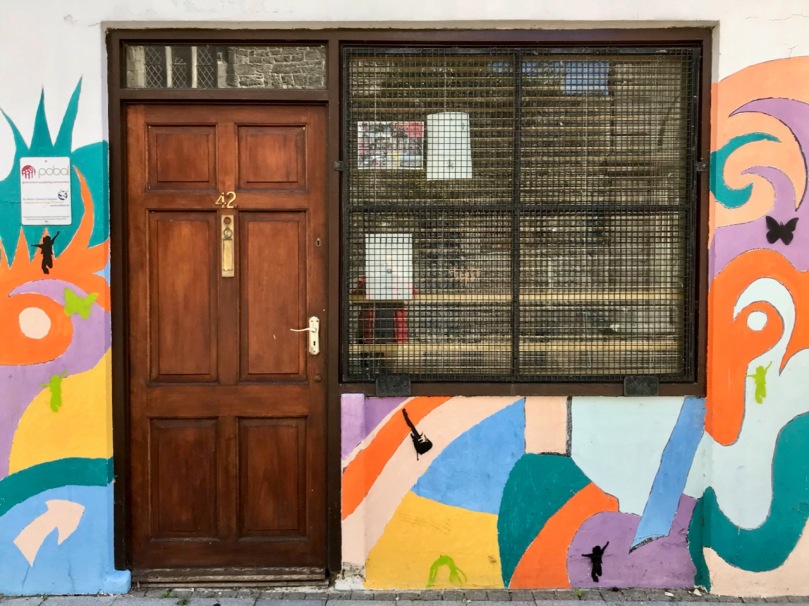