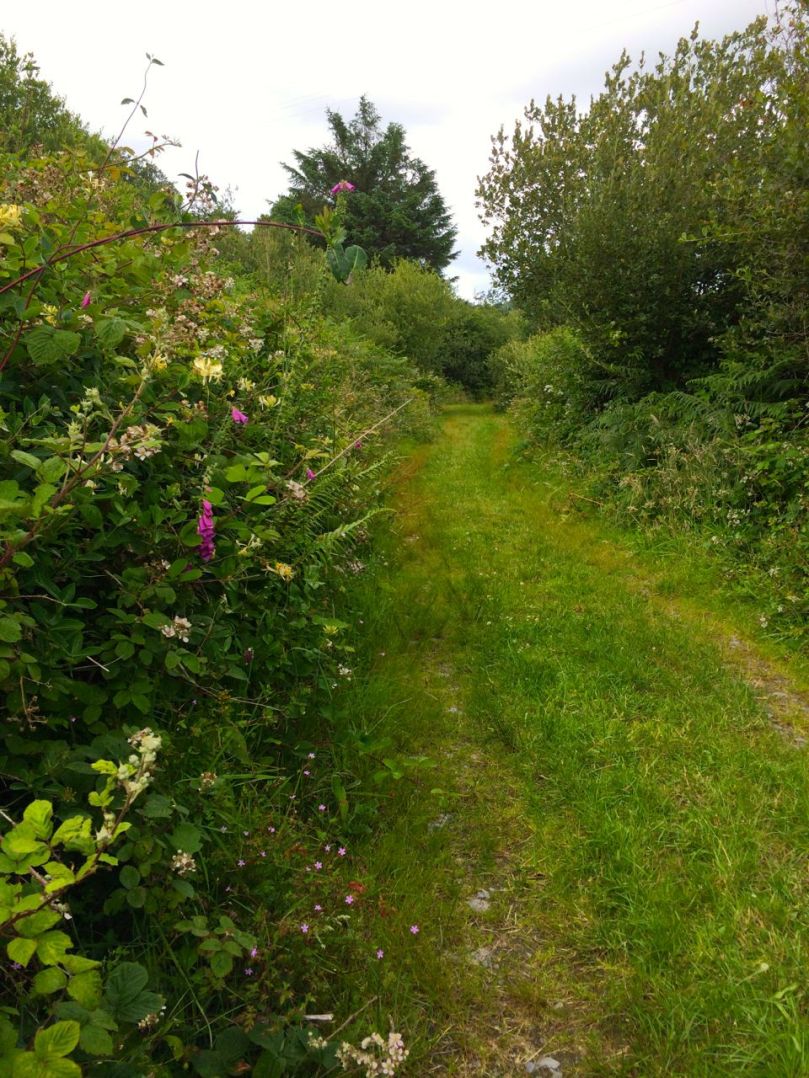 The old Butter Road runs between Schull and Ballydehob

For most of its history, roads were a hit-and-miss affair in Ireland. We didn’t get the great Roman road builders, and anyway, it was easier to get around on the water. Some routeways led to Dublin or Tara in the early medieval period, but a real road system didn’t develop until the 18th Century with the building of turnpike highways between major cities. In the 18th Century, Cork became the largest centre for the butter trade in the world and needed transportation corridors to ensure butter could get from remote rural areas to the Butter Exchange (now a museum) in the city. The Butter Roads were built from the 1740s on, and provided an efficient and speedy (for the time) route to market. Butter was packed in firkins (40 litre barrels), stacked onto carts, and transported from West Cork and Kerry to Cork City to be loaded onto ships for Australia and America. 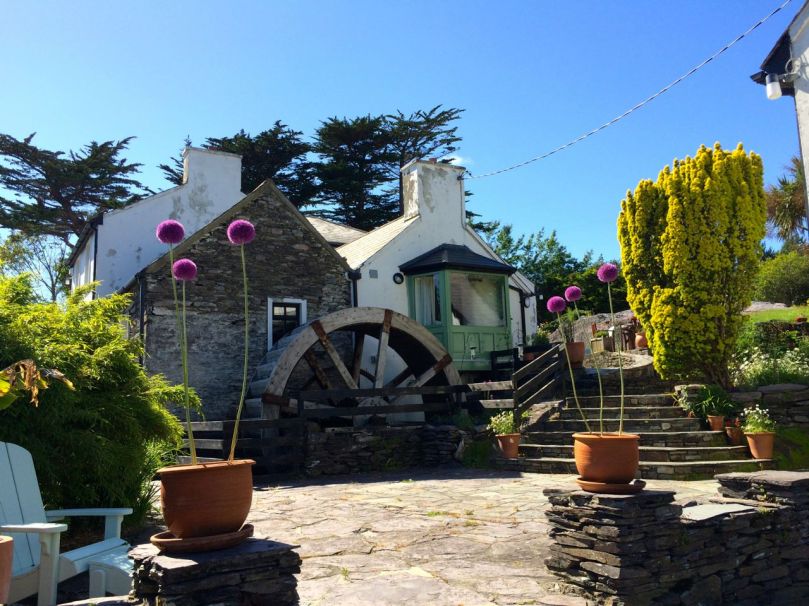 Here and there, traces of the old butter roads remain. One stretch runs between Ballydehob and Schull and in the last few years a project to open it as a walking route has been spearheaded by students of the Schull Community College. It starts at the Old Mill, now open as a gallery by our friend, the esteemed wildlife photographer, Sheena Jolley. Sheena has enhanced the mill stream and stabilised the workings, still intact in her basement. A visit to her gallery is a great way to start or end your walk.

Robert on the stepping stones

Setting out from the mill we were immediately on the old green road, soft underfoot, running between hedgerows alive with wildflowers, winding gently uphill. A plaque tells the story of the butter roads and of the current project. Gurgling and murmuring, the mill stream is on your right until you come to cross it. This is accomplished on stepping stones where we found it impossible not to linger and contemplate the gentle water.

Onward and upward, passing an abandoned farmhouse, and marvelling at the variety of flowers along the route. Having been presented with the superb Zoë Devlin’s The Wildflowers of Ireland (thank you, Amanda!) I can now identify most of them, so here is a selection – captioned, by dint of my new-found knowledge. (Mousing over the pictures will bring up the captions, clicking on them will take you to full size images.) 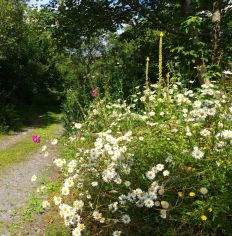 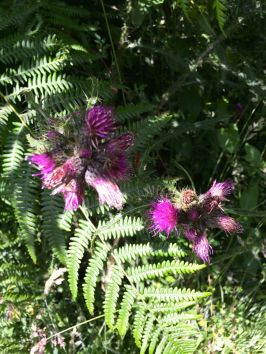 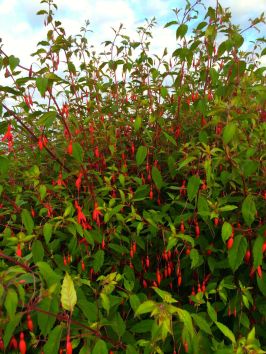 As the road ascends, we could look back towards Schull and Long Island, or north to Mount Gabriel. The sense of peace, of being in a place of age-old tradition, is palpable. 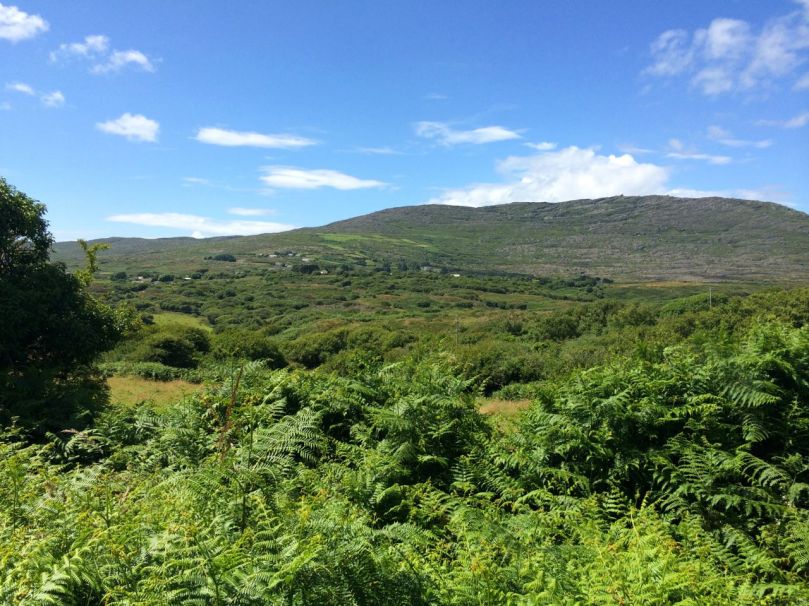 Near the top of the hill we met the Newman family, setting out from their farmhouse to walk down to Schull. John and Helen grew up in this house, walking to school in Rossbrin (about 4 km away) every day and John still lives in the house. He has a fascinating collection of old tractors and an obvious interest in farm machinery of every kind. They told us they had the butter road all to themselves in the old days, but now it’s quite popular and they are glad to see it used and enjoyed. A Mr Henry Ford once lived in the farmhouse, related to THE Henry Ford, whose father came from Ballinascarthy, near Clonakilty.

Three generations of the Newman Family

The Butter Road is an ancient right-of-way, but access depends on the goodwill of those, like John Newman, and like Paddy Hayes whom we met on the way down, whose farms and fields lie along the route. This is a marvellous resource for the people of Schull and Ballydehob and we are grateful to those whose vision and hard work and generosity of spirit have made it a reality. 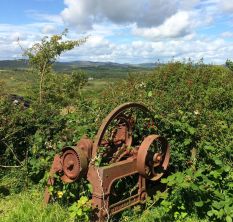 If you want to experience the tranquility of the deep countryside, lovely views, and a sense of how the making of a road could connect far-flung communities to the wider world, we recommend an afternoon spent on the Butter Road.

Walking back down: Long Island comes into view