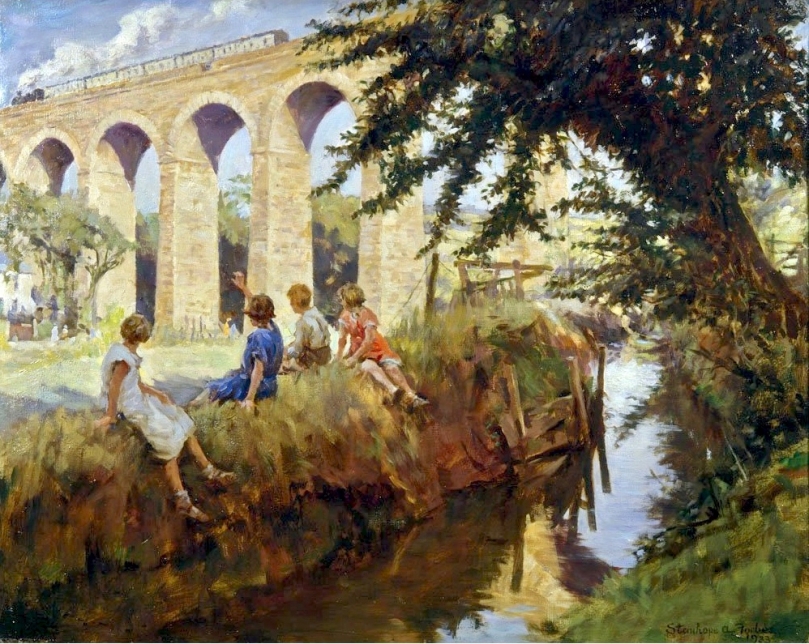 In yesterday’s gallery talk as part of the West meets West exhibition at Uillinn, Skibbereen, I concentrated on one of the many artists who made their way to Cornwall in the late nineteenth century: Stanhope Alexander Forbes. He deserves a Roaringwater Journal post of his own, as he rather neatly embodies the concept of linking the two westernmost seaboards of Ireland and England, which is an essential element of the West meets West project. Colloquially known as the ‘Father of the Newlyn School’ of painters who were established in the West of Cornwall, and who have left an impressive legacy of their work in the most remote part of the peninsula, it was probably his longevity that earned him that title (he lived in Newlyn for most of his working life and died there in 1947) rather than a particular comparison of his work with others. There was a large group of talented artists, men and women, who contributed to the reputation of the Newlyn colony. 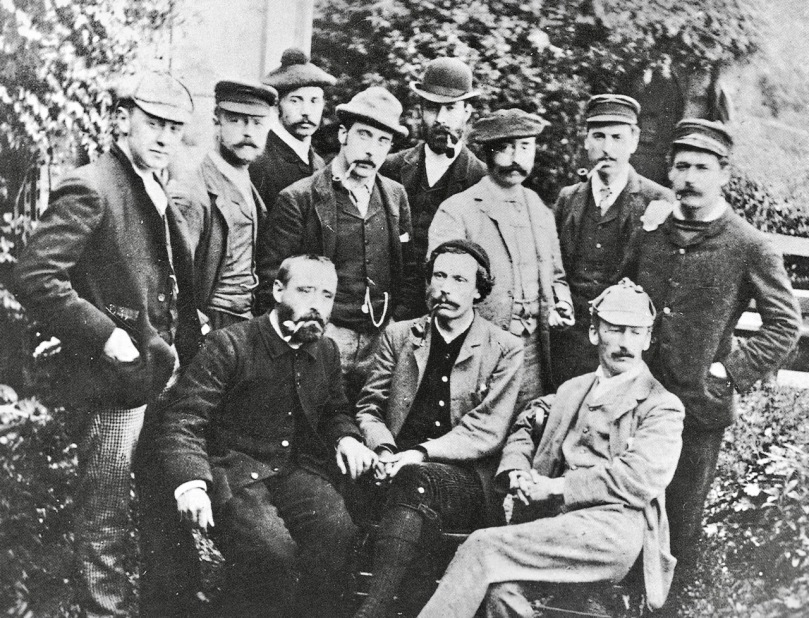 Stanhope Forbes was born in Dublin in 1857. His father, William Forbes, was manager of the Midland Great Western Railway of Ireland. William was also a folklorist and probably passed his interest in traditions and traditional lifestyles on to his son. Stanhope’s uncle, James Staats Forbes (also a railway manager) had a large collection of paintings from the French Barbizon School whose members (including Corot and Rousseau) abandoned formalism to draw directly from nature. Stanhope was familiar with these works and the aspirations of these painters, and it is likely that when he embarked on a career in art he was heavily influenced by their heritage. 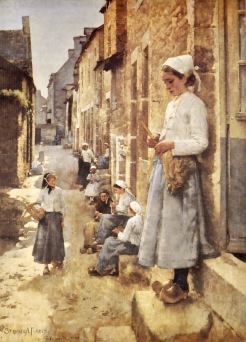 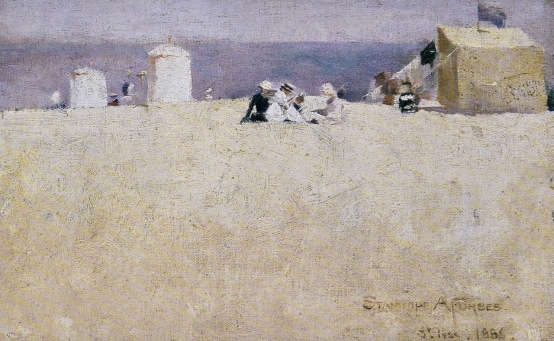 Norman Garstin, another Irish artist who joined the Newlyn group and documented some of its history, described the Forbes family as “…essentially of the nineteenth century, full of its movement and restless activity…” Stanhope attended the Royal Academy School in London where he would have had a traditional training in still life and figure painting in the studio. London itself in those post-Industrial Revolution Victorian days was no doubt dirty and noisy, and the air would have been polluted. Forbes and many of his student companions would have longed for clean air and light and yearned to join the then fashionable (but daring and rebellious) en plein air movement where the object was to paint ‘natural’ colours and tones direct from life, albeit with the inherent problems of changing light through the days and seasons, and the practicalities of carrying easels, canvases and equipment to wherever they wanted to paint. As Norman Garstin said: “…your work could not be any good unless you caught a cold doing it…” The young artists were attracted to Brittany, where they discovered an ‘idyllic’ unchanging lifestyle and, latterly, to Cornwall, where they also perceived the ‘rural idyll’ existing closer to home, among the villages, farms and fishing communities. 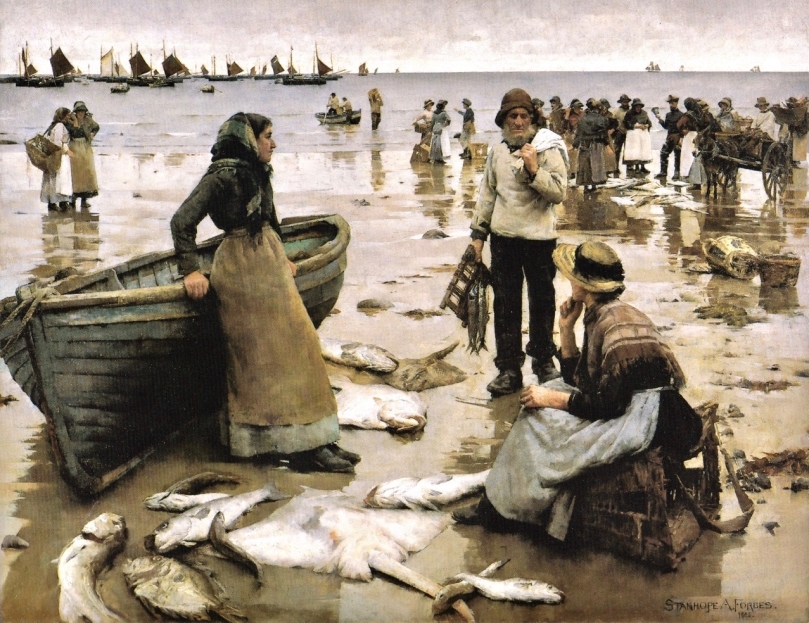 A Fish Sale on a Cornish Beach by Stanhope Alexander Forbes, completed in 1885 (now in the City of Plymouth Museum and Art Gallery). This spectacular painting – five feet long – is a masterpiece of composition and contains portraits drawn from real life: Newlyn locals were delighted to receive ‘sitting fees’ from the influx of artists

It’s probably true to say that the Newlyn artists romanticised the way of life in rural Cornwall by concentrating on the fishing communities and the beautiful seaboard. There was another reality: the interior of Cornwall’s peninsula was heavily industrialised in the 19th century by the metal mining industry. The artists must have been aware of this reality but ignored any recording of it. There was, at least, some acknowledgement of the hardship and distress of those connected to the sea itself. Frank Bramley’s Hopeless Dawn (beautifully painted although also romanticising in a very Victorian way the aftermath of lost lives at sea), painted in 1888, depicts the widow of a drowned fisherman being comforted by her mother; the lighting and composition of the interior view is remarkable. 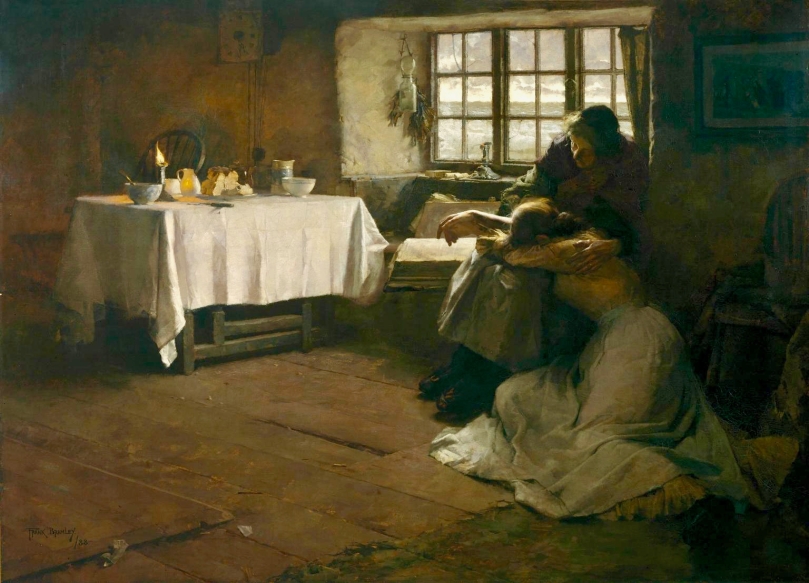 Stanhope Forbes lived into his ninetieth year. By all accounts he achieved success in his chosen profession, but his personal life saw some tragedies: Elizabeth Armstrong – an equally talented artist who travelled from her native Canada to work in Newlyn – married Stanhope in 1889. She pursued her own career as a painter and etcher until her early death – aged 52 – in 1912. Their son Alec died on the battlefields of France in 1916. All are buried in the beautiful churchyard of Sancreed, in Cornwall. 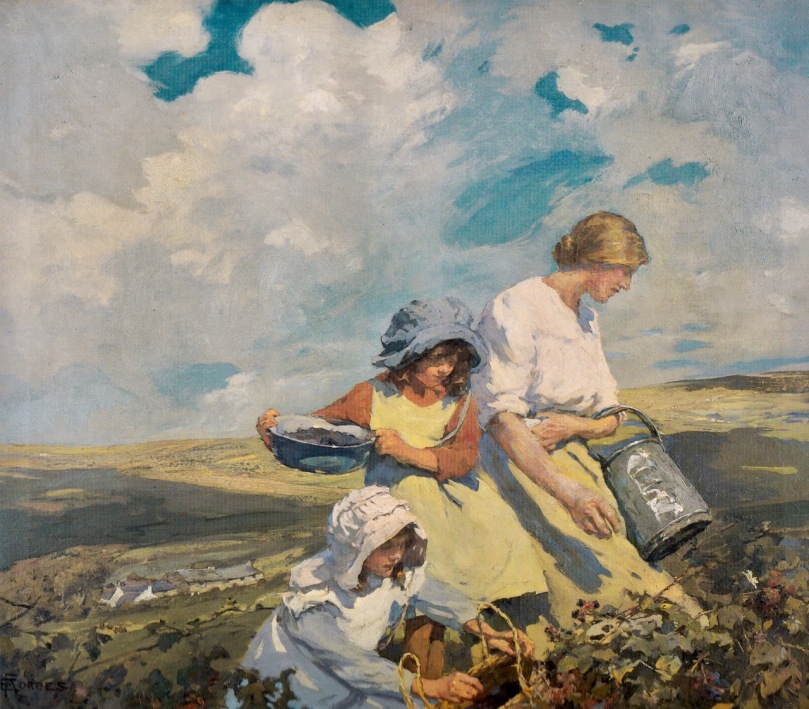 West meets West – a celebration of three contemporary artists from Cornwall – runs through to 8 July at Uillinn, Skibbereen

I am indebted to Stanhope Forbes and the Newlyn School by Caroline Fox, published by David & Charles 1993, for much of the biographical information on the artist in this post. 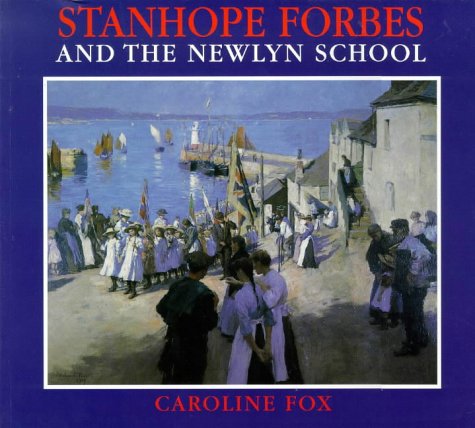