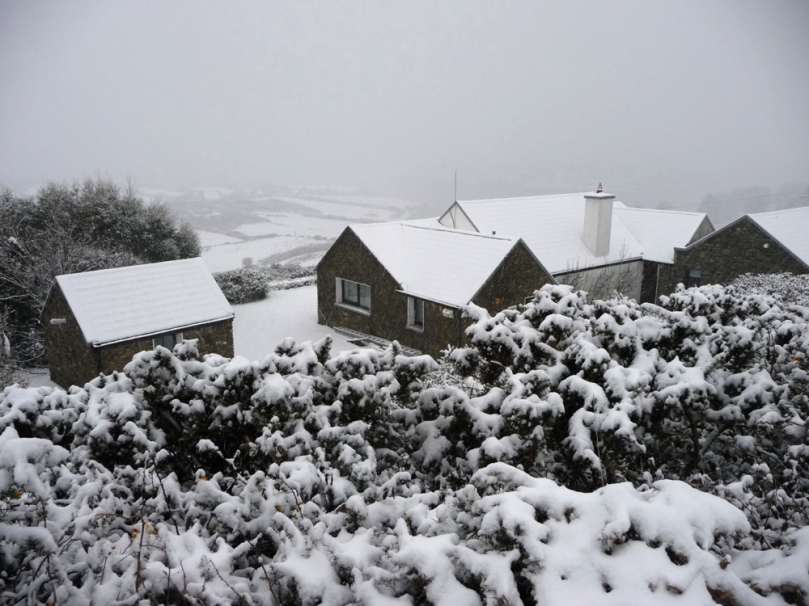 This picture of Nead an Iolair is here to create a seasonal feel: it was taken by our neighbour Dietrich in the Great Winter of 2010 – 2011 when the extremes were all about deep snow, frozen roads and frozen pipes, unusual for this little corner of the island normally kept mild by the Gulf Stream. This winter we have a different extreme – hurricane force winds! 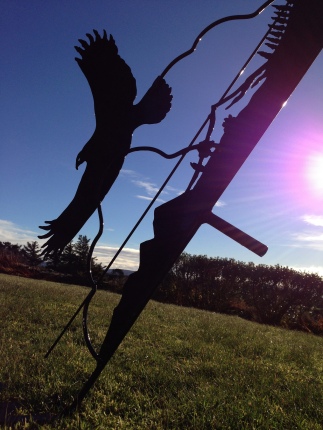 ‘Hurricane’ on the Beaufort scale means wind speeds of 118 km/hour or more. We went to bed on St Stephen’s Day evening, having measured the wind speed outside as 87 km/h. That seemed wild to us: the trees were bent over and the salt laden rain and sleet were coming in horizontally and lashing our south west facing windows. It was hard to sleep: the slates were rattling loudly above us and the aerials and lightning conductors on our roof were shrieking and bending. The noises got louder and more terrifying as the night went on. I wanted to venture outside with my little hand-held anemometer but I couldn’t face it. The violent storm began to abate only in the early hours of the morning and, when we did creep out, it was to find some damage: two trees down in the haggart, sadly, and our beautiful weather vane collapsed. It was as well that we weren’t underneath when the flying Eagle and its sharply pointed arrow came crashing on to the lawn, just missing our door. 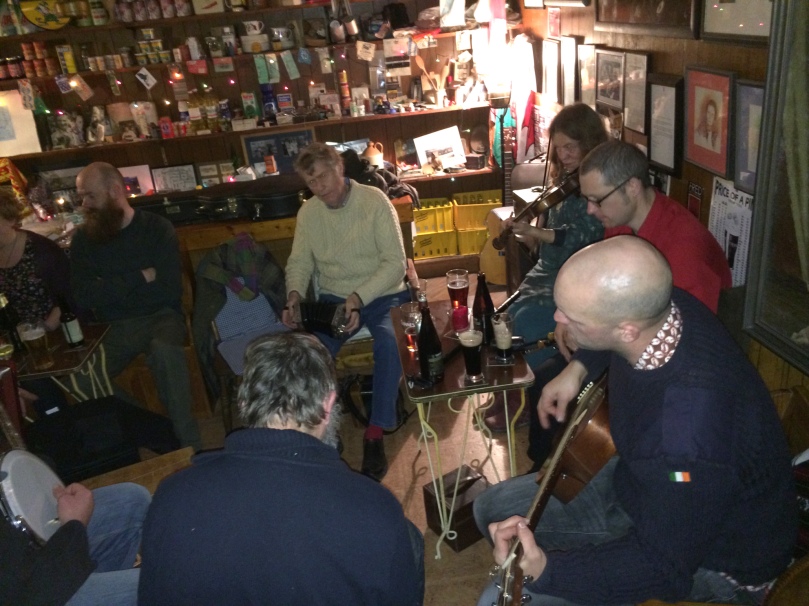 Earlier in the day we had enjoyed an unexpected visit by the Wren Boys to Levis’s pub, where we were involved in an improvised session. Two groups of Wren Boys in fact: the first an adult company with musicians, colourful costumes and bizarre masks, and the second a group of boys dressed in old coats turned inside out, pyjamas and sailor caps, carrying large collecting tins. All were welcomed and the festivities grew merrier as the wind strengthened. 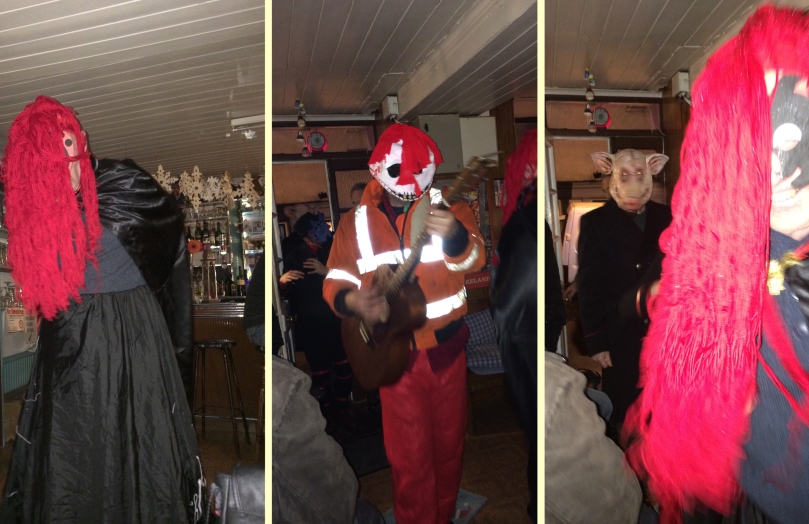 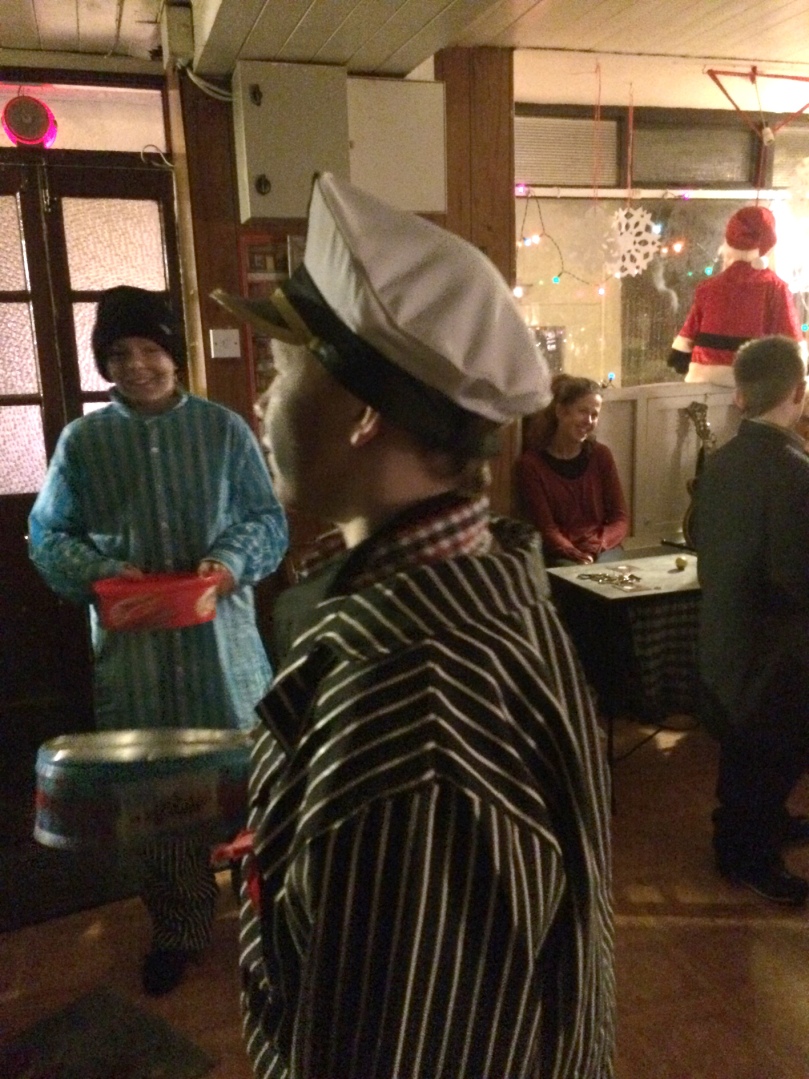 As I lay in bed at the height of the storm I found myself worrying about our birds: how on earth could the Goldfinches, Chaffinches, Robins and Wrens (any Wrens who had escaped the St Stephen’s Day hunt that is) have survived that terrible gale – which stripped the bird feeders of everything moveable and the bushes and shrubs of their sheltering leaves? In the morning, there they were back again, and noisily demanding a refill which, naturally, I was delighted to provide. 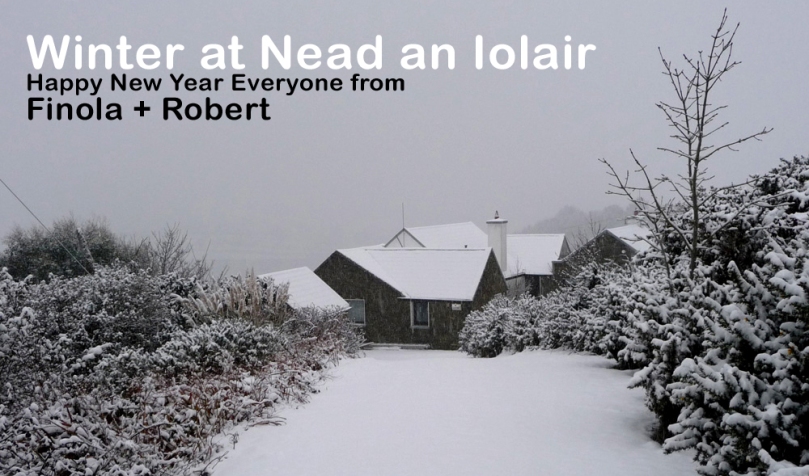