There’s so much going on here in West Cork. You could be out every night if you wanted to be, and  participating in as many community events as there are hours in the day. How do we keep up with it all? Easy – The Southern Star. It comes out every Thursday, and features a pull out Community section that details all the news from the towns and villages around West Cork. Births, baptisms, deaths, marriages and engagements are announced, and be-gowned university graduates are pictured with smiling parents.

Competitions are legion – sometimes talent-based, and sometimes sporting, such as the Clonakilty Blackpudding Car Rally. But rural and farming pursuits such as ploughing competitions or agricultural conferences remind us that we are living in a part of the world that makes it living off the land. Recently a tillage seminar attracted large crowds in Bandon, while another one on calf-rearing had over 300 attendees in Timoleague. Cheval rides are often pictured – horse treks for charity from town to town or across golden beaches. A farmer recently put out an appeal for a missing cow:

The animal made good its escape from a farm in Jagoe’s Mills, Belgooly, on Friday, January 17th. The animal may be suffering from memory loss as it was last seen at the racecourse in Farrangalway, before evading capture and taking to the countryside in the Dunderrow area. This is an extremely prized animal.

The farming community has been up in arms recently over changes to the system of government grants known as “Single Farm Payments” and there have been huge turnouts at meetings, protests and rallies. 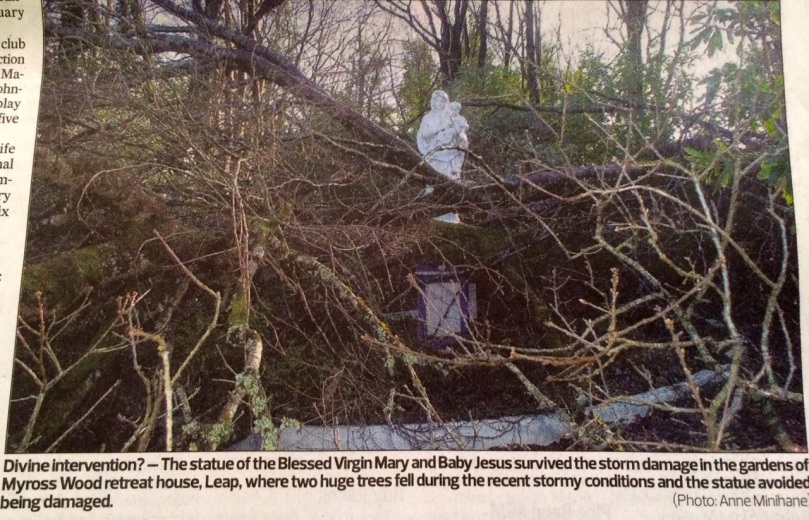 The ebb and flow of village life is chronicled in the Star’s Community pages. ICA (Irish Countrywomen’s Association) meetings are announced and later described. Local businesses close and the village say farewell to a pair of much-loved publicans. Community members gather to clean up a graveyard (…stone walls emerged and tombs reappeared after years of being buried in undergrowth. The little Huguenot chapel was cleared of saplings and briars…) or celebrate the opening of a new playground, to help neighbours affected by the recent awful storms or to hold a St Brigid’s Cross making session in the senior’s housing complex. West Cork people are upset about fluoride in their water and enthusiastic about the Men’s Shed Movement.

Getting news of cultural events

Reading the Southern Star is the only way to find out where Road Bowling events are taking place, or horse races. We comb through it looking for the upcoming meetings of the various Historical Societies, the concerts (from orchestral to traditional), the plays by the local drama groups (this weekend, Sam Shepard’s Buried Child in Schull), and the upcoming festivals. Ballydehob will hold its annual St. Patrick’s Day parade on March 17 (a national holiday here) and the theme this year is to recreate the 1914 Postal Directory of the village. We are witnessing the establishment here of an new national tourism initiative, the Wild Atlantic Way, and local communities are being asked to brainstorm how to get involved. 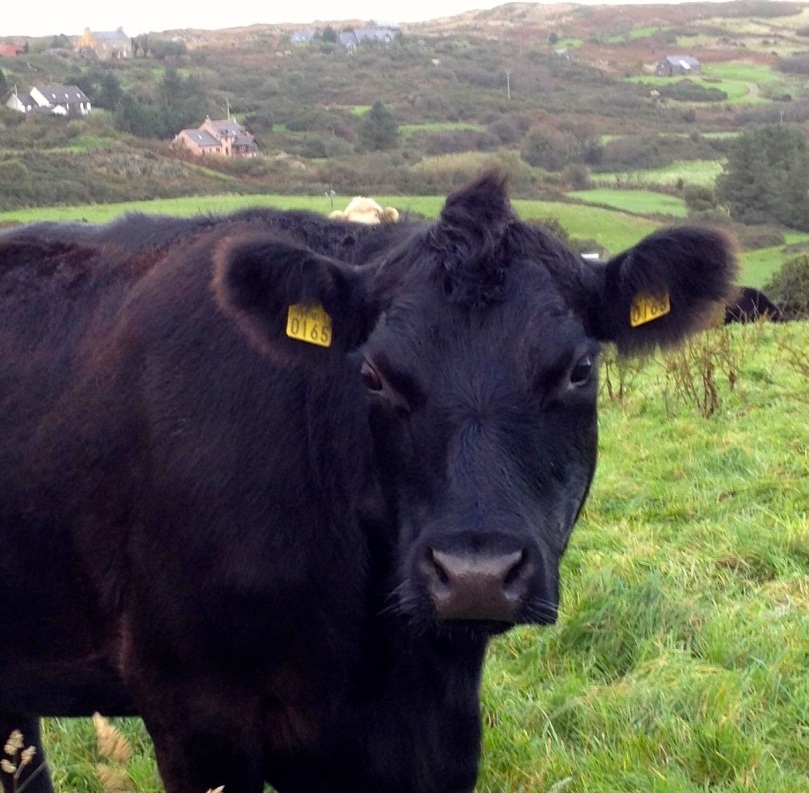 I will finish with one of my favourite recent items:

A Cowpat Challenge takes place at Kilmurry National School on Sunday, February 23rd. at 11am. Daisy the cow is coming to the grassy area in the playground which will be marked out into numbered squares. Whoever owns the square that Daisy decided to deposit the first cow pat into, wins a whopping €1,000.

We are posting early this week as we leave for a trip to Ireland’s west coast tomorrow. We still have no telephone or internet so this is coming to you through the kindness of neighbours who have given us access to their WiFi. Next post in two weeks – spring will have arrived by then. Right?