We lost our friend Danny this week and we are all heartbroken.

Robert designed his house but Danny built it in his own unique style. Going there was a delight because you couldn’t come away in a bad humour after an hour of stories and laughter, tea and reminiscences. Gill’s lively sense of the absurd mingled with snippets of poetry, stories of Danny’s time in English theatre companies, and classical music always playing in the background. He built himself a tiny sunny workshop and it was here we always found him when we arrived, sawing and drilling and painting. Tables, trays, boxes, chests, mirrors, frames, shelves and shoe racks – even a harp emerged from that cramped space, all painted his signature green and finished in Mondrian-inspired designs. And in between the tools were dotted the eclectic and quirky finds that captured his, or Gill’s, fancy, or works by one of their daughters or grandchildren. 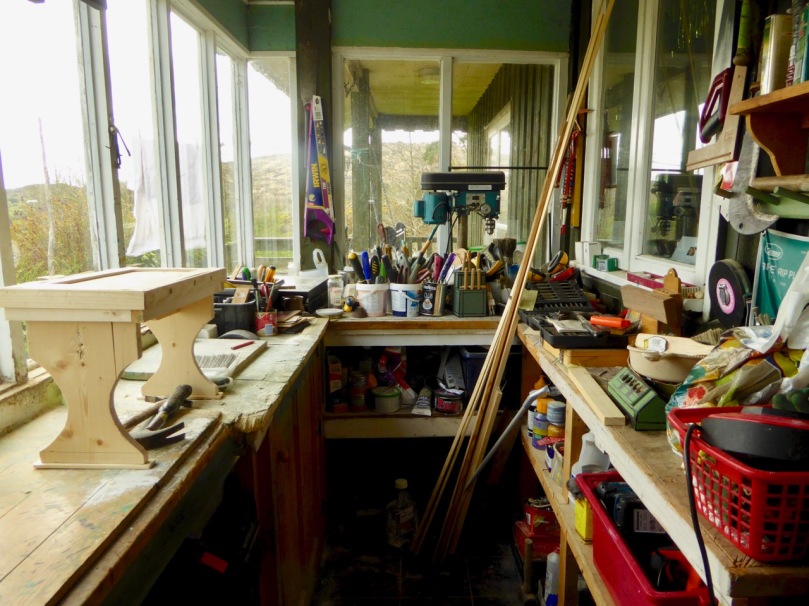 What follows is a photo-essay, an attempt to capture the bundle of creativity and idiosyncrasy, colour, humour and intelligence that was Danny, from images taken mainly in his workshop but also outside the house. 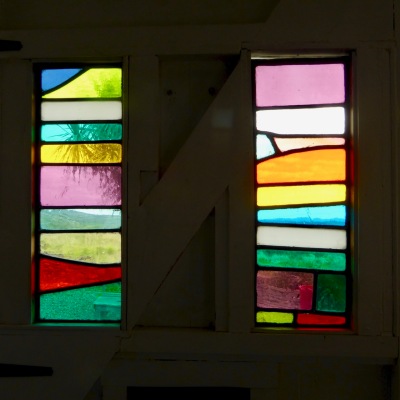 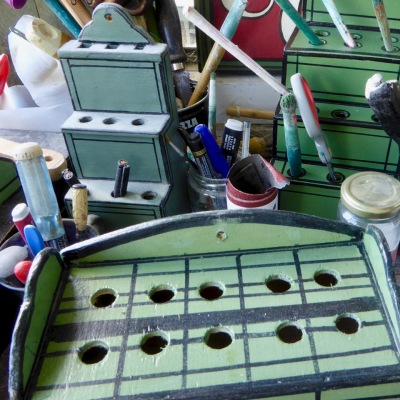 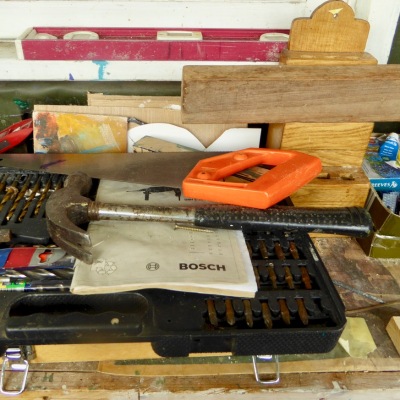 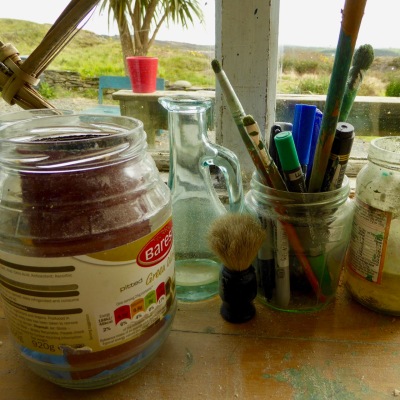 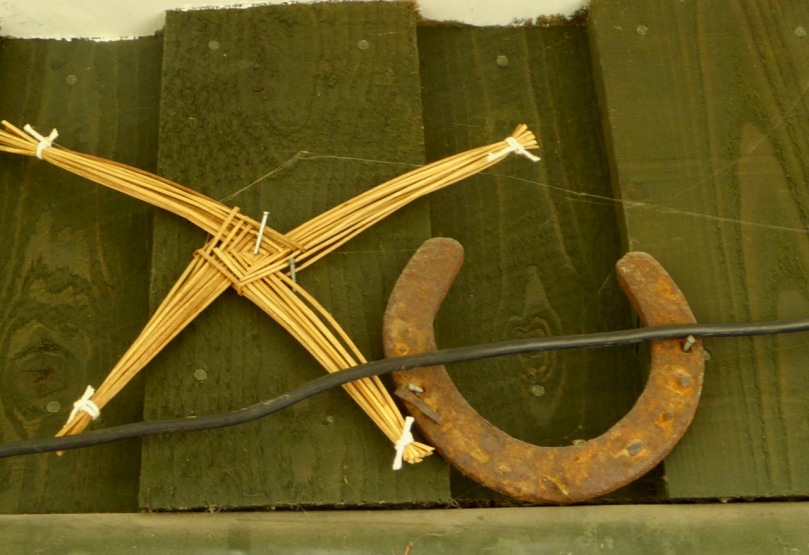