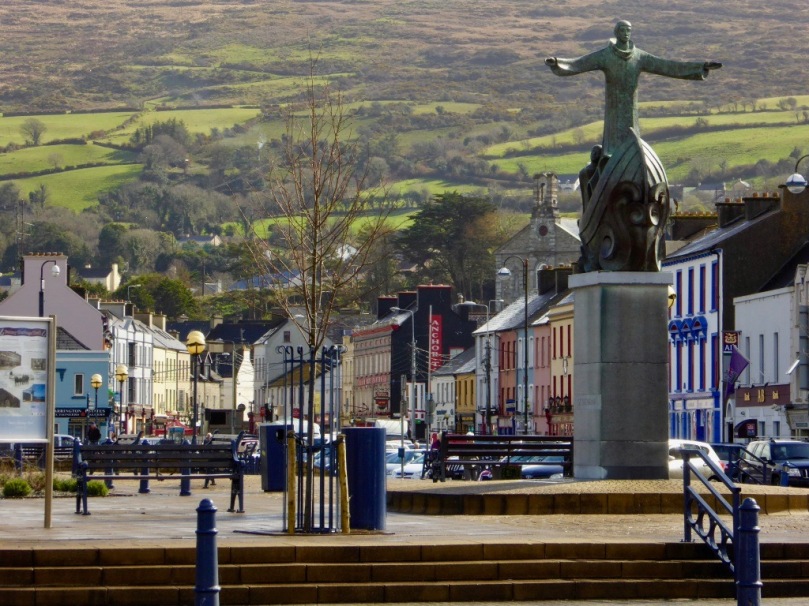 Every year we take a look at the Facebook photographs that you’ve liked or viewed or shared the most, and then edit them down to manageable proportions. Here’s our final selection for this year – we decided to stick to West Cork, and we’re starting off with Bantry, with that wonderful statue of Brendan the Navigator blessing us and inviting us into the town. 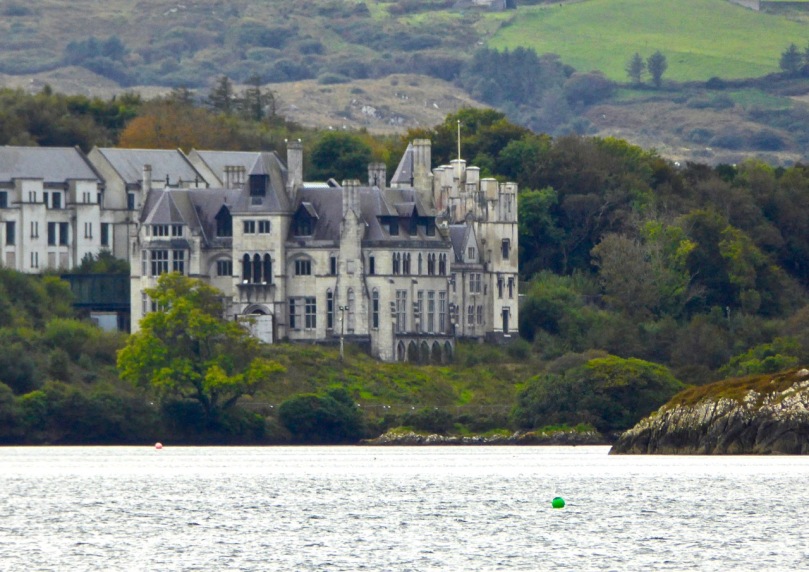 The photo this year that was most viewed and exclaimed over was our shot of Dunboy Castle (above), just outside Castletownbere. It’s a dramatic sight and an extraordinary story of the dream to build Ireland’s first six star hotel – a dream that came crashing down with the collapse of the Celtic Tiger economy in 2008. Perhaps one day a new team will take it on: meantime it sits forlornly behind barbed wire, a reminder of optimistic times. 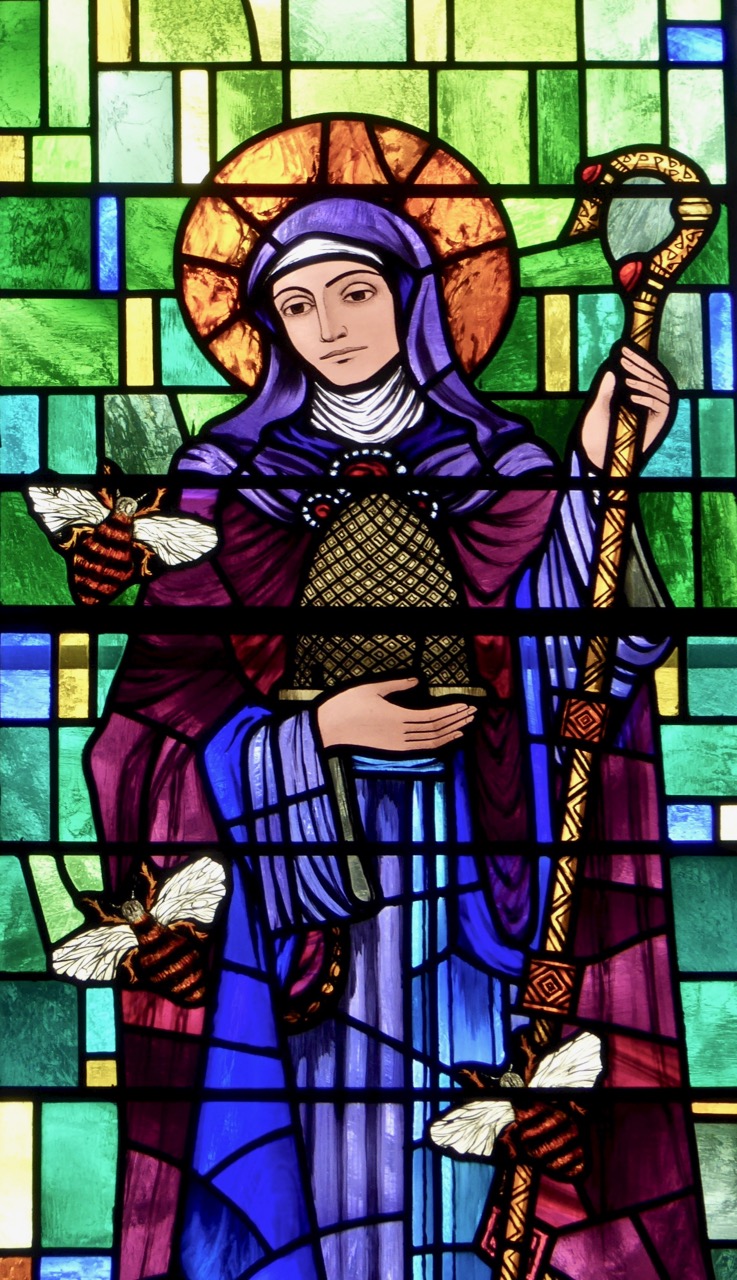 We were surprised by the instant appeal of our stained glass St Gobnait. Although a familiar saint her in West Cork, she is not universally known elsewhere. Perhaps it is her association with the bees that resonates with people now that bees everywhere are in danger. The image is of a window in Bantry Catholic church, probably the work of William Dowling. 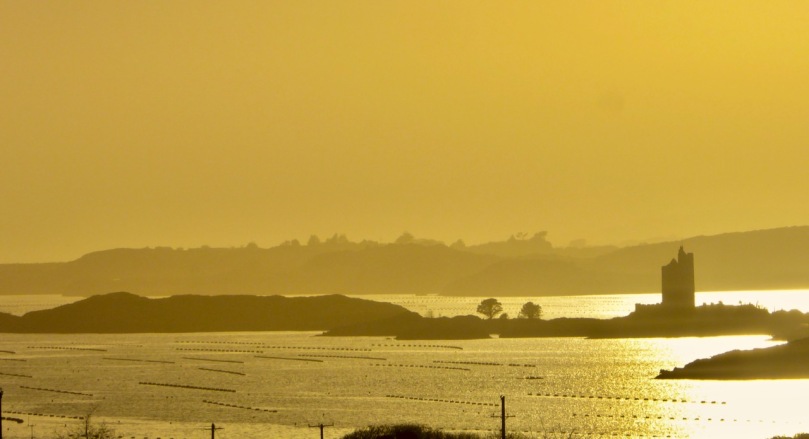 Kilcoe Castle seems to feature each year as it’s a firm favourite with us in West Cork. We were lucky to capture it at dusk on a hazy evening in March. It has been lovingly and magnificently restored by Jeremy Irons and if you’re curious to see inside, there are some interior images here. 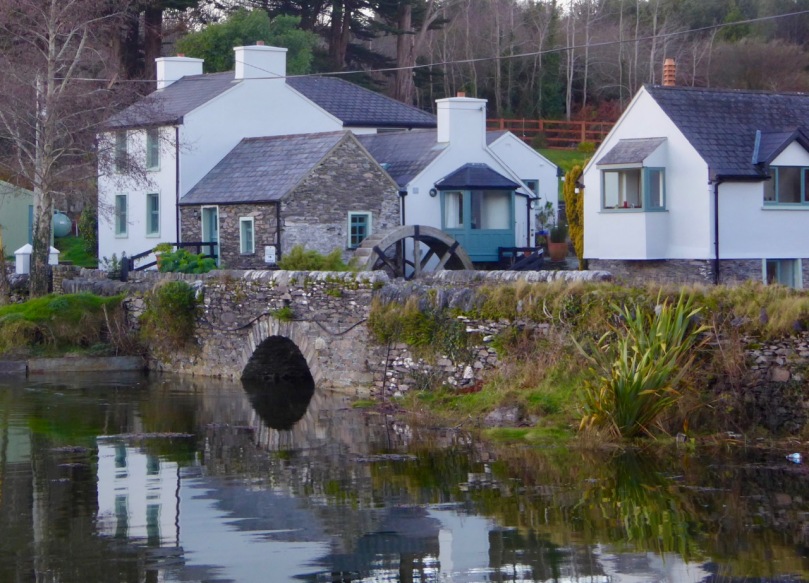 Our friend, and professional wildlife photographer, Sheena Jolley lives in this impossibly romantic old mill just outside of Schull. Her studio occupies the building on the right, while some of the workings of the old mill are still intact and conserved by Sheena. I suspect this photograph was so popular because many of us have a dream to dwell in a piece of living history like this. 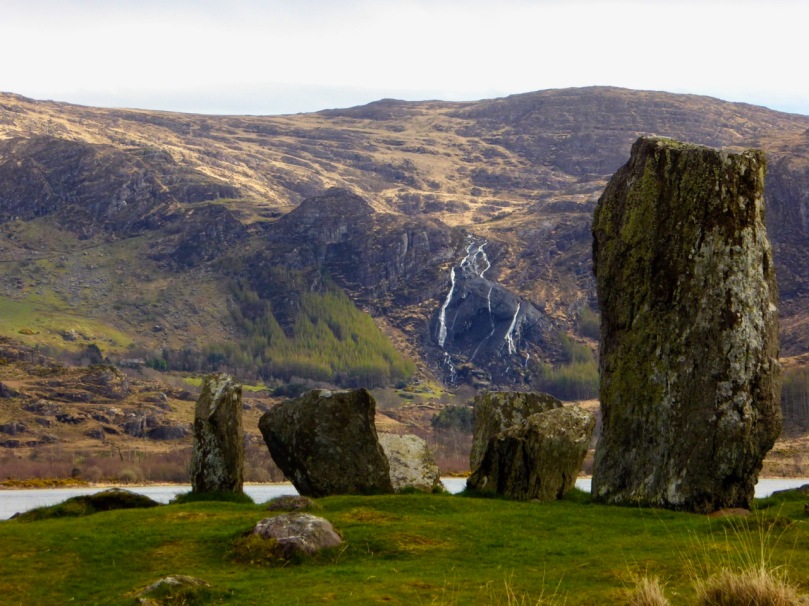 Uragh Stone Circle on the Beara Peninsula – I think we can all agree now it’s the stone circle with the best setting in Ireland. But it’s only one of the many feature of Gleninchaquin that makes this remote but accessible valley so richly enjoyable to visit. 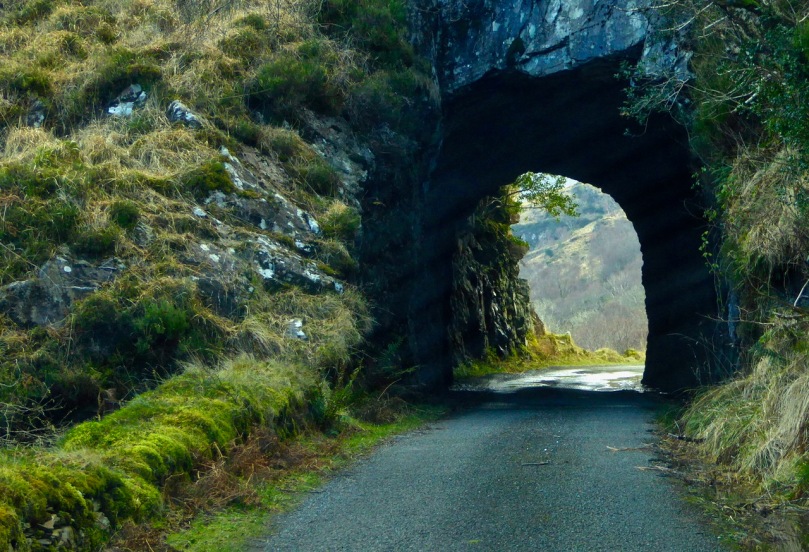 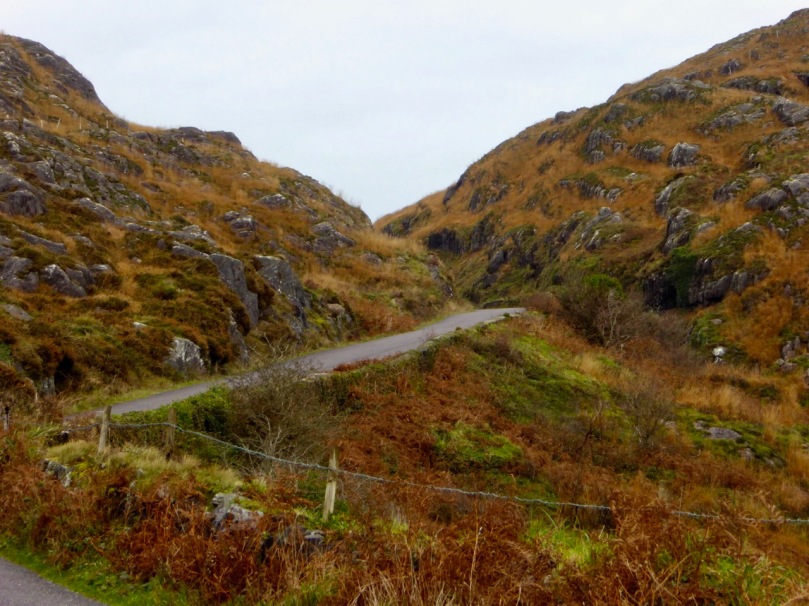 This image, of the Barnacleeve Gap above Schull, illustrates well the colours of West Cork in winter, when the bracken turns dark amber and the Purple Moor Grass (not purple at all) earns its Irish name of Fionnán, meaning blonde, while the grasses and mosses keep the lowest growth green. 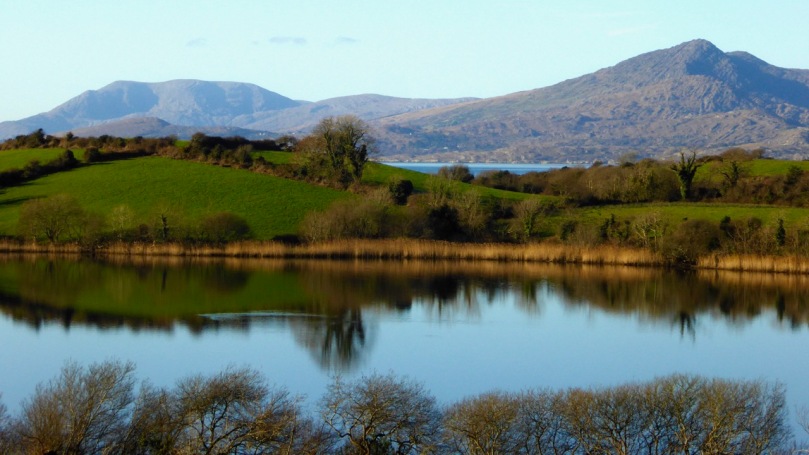 Another winter view, this time from across Reendonagan Lake, near Ballylickey, to the Sugarloaf Mountain on the Beara Peninsula. 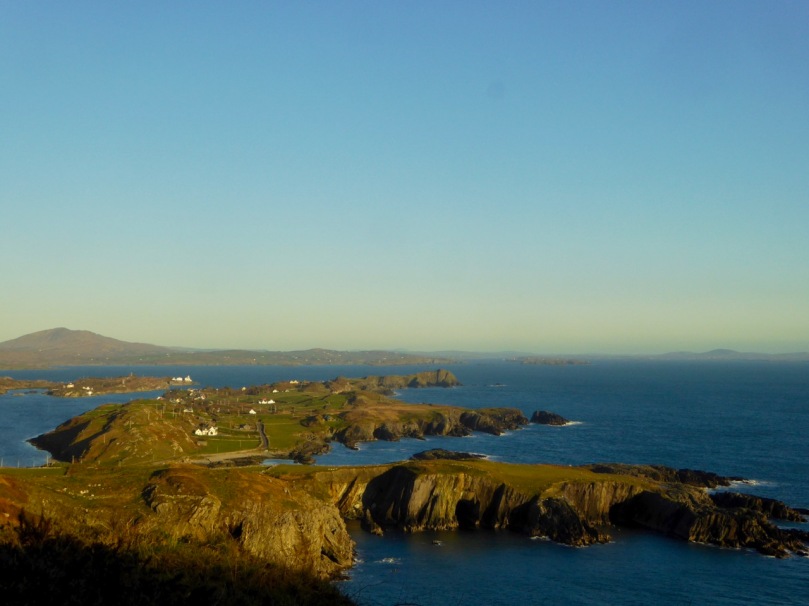 And finally a photograph that manages to capture much of the Mizen Peninsula, taken on Brow Head and looking towards Mount Gabriel in the distance, with the village of Crookhaven and the Rock Island lighthouse on the left. And yes, you’re right – another winter photograph.