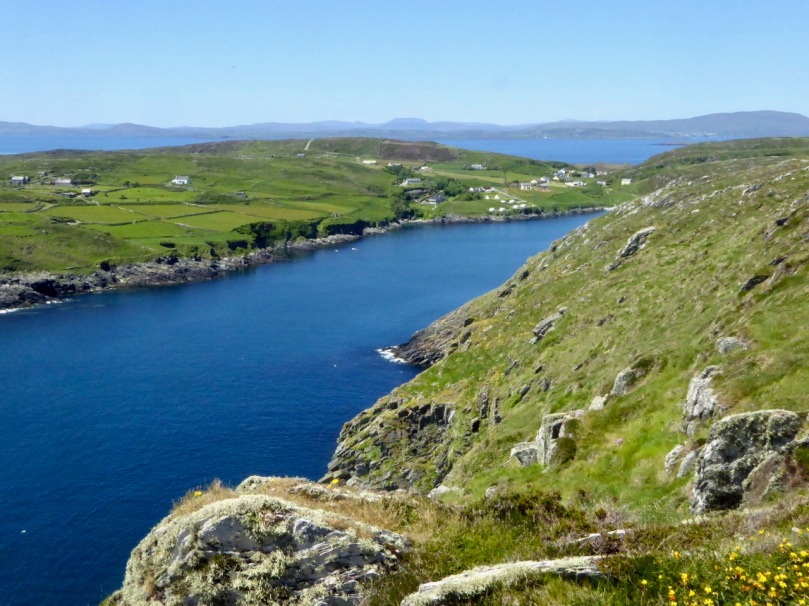 Have you dreamed of owning a little slice of heaven in Ireland? Here’s your chance! Buy a tiny plot on Cape Clear Island for yourself or for someone else and when you do, you’ll know that not only are you giving someone possibly the best Christmas present ever but you’re also doing your part to conserve an important chunk of the natural world. 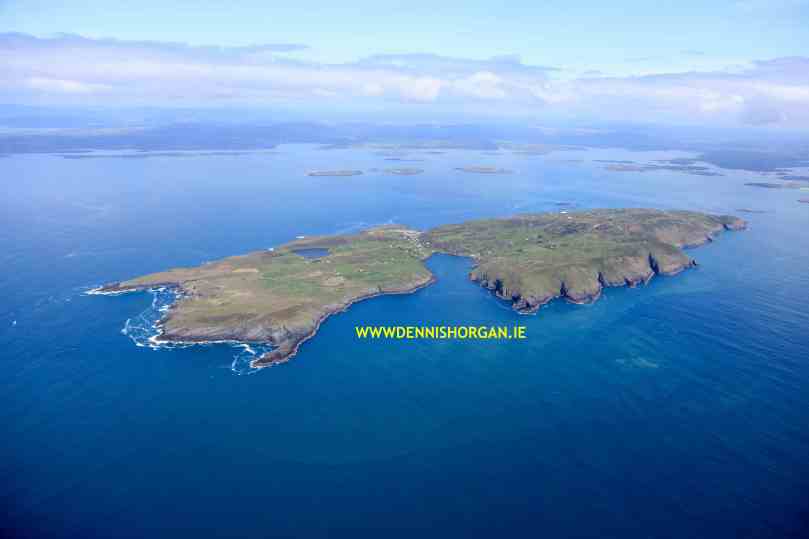 Dennis Horgan’s incredible photograph of Cape Clear Island from the air showing the whole of the Island, and its relationship to Roaringwater Bay. The land the Trust is purchasing lies on the east (right) side of South Harbor, in the centre of the picture. For more on Dennis’s photography and his latest book, see the end of this post

Chuck Kruger and his wife Nell recently left Cape Clear after half a lifetime there. An iconic figure, he wrote and told stories about the land he adopted and came to love. He founded the marvellous Cape Clear International Story Telling Festival and his leaving to return to the US leaves a huge hole in island life. 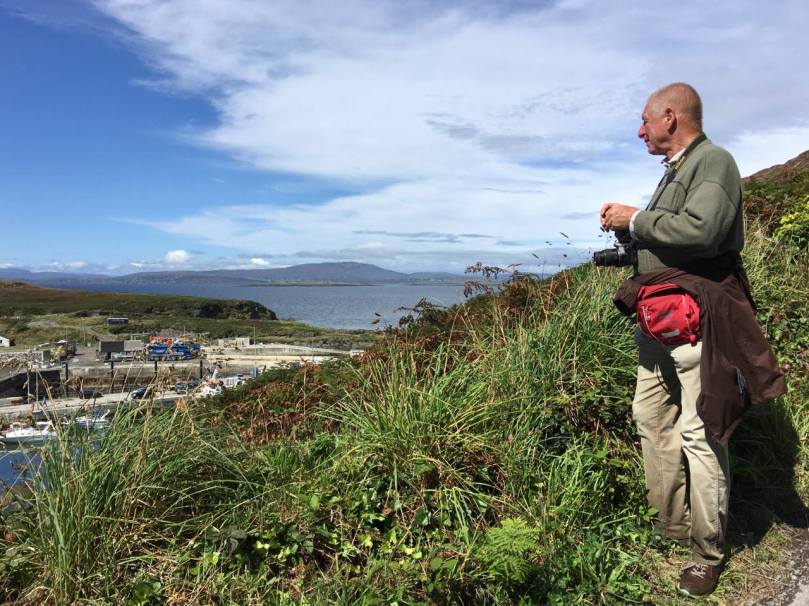 The photograph above is, poignantly, of Chuck on his last guided walk on the Island and was taken by Sandra Bottcher. Have a look at Chuck’s website for more about his writing and broadcast work. 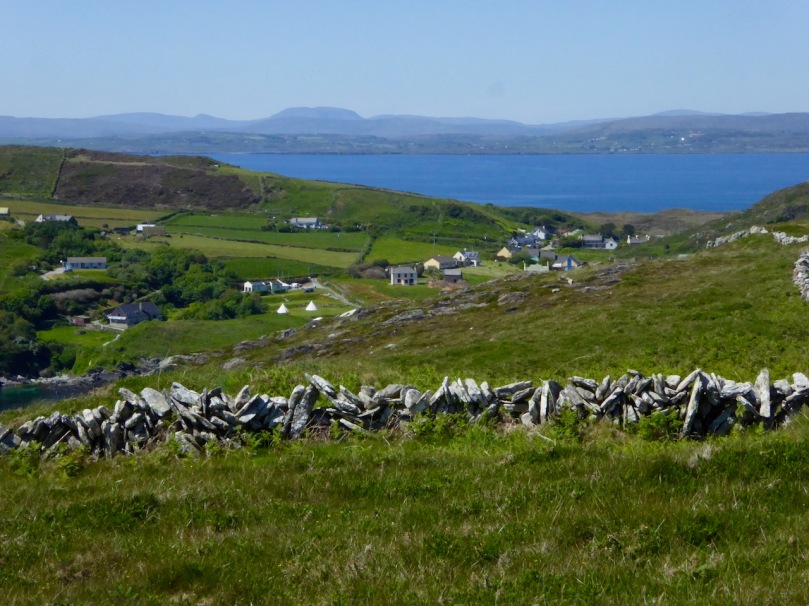 Chuck and Nell’s farm bordered the South Harbour and the Islanders, rather than let it go into private hands, have formed a trust to purchase it. The plan is to provide open access to all, and to ensure that no future development can intrude upon this pristine area. 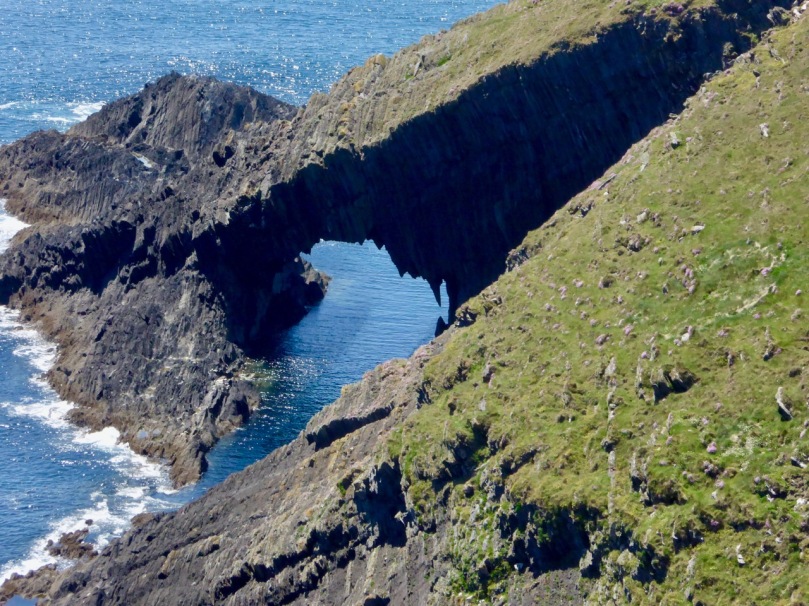 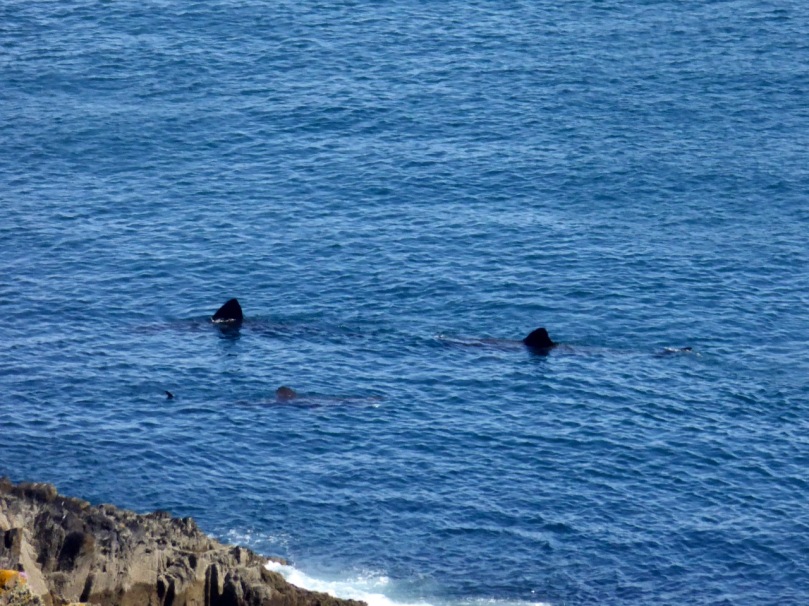 The Red Trail leads you around the southeast side of South Harbour – here, last June we viewed wildflowers, immense sea views, a dramatic sea arch and an abundance of Basking Sharks

You can purchase a five square metre piece of Trust land for €50 (currently that’s about $60US, $75CAN, or £45) or a ten square metre plot for €100 ($120US, $150CAN or £90). Just pop along to the Trust Website and choose the SHOP tab. Join Robert and me in making open access to this little patch of paradise in perpetuity a reality – it will be the best money you have ever spent! 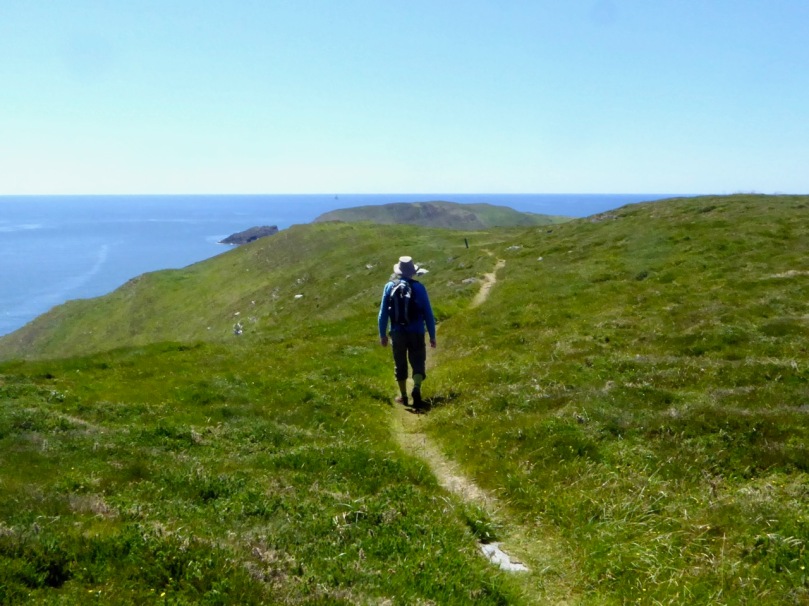 Cape Clear is a very special place – an Irish speaking area (or Gaeltacht) accessible only by ferry, rich in tradition and history, and an important habitat for wild plants and creatures. We’ve written about Cape Clear in this post, and in this one, and we are fortunate indeed to enjoy a view of it from our home. 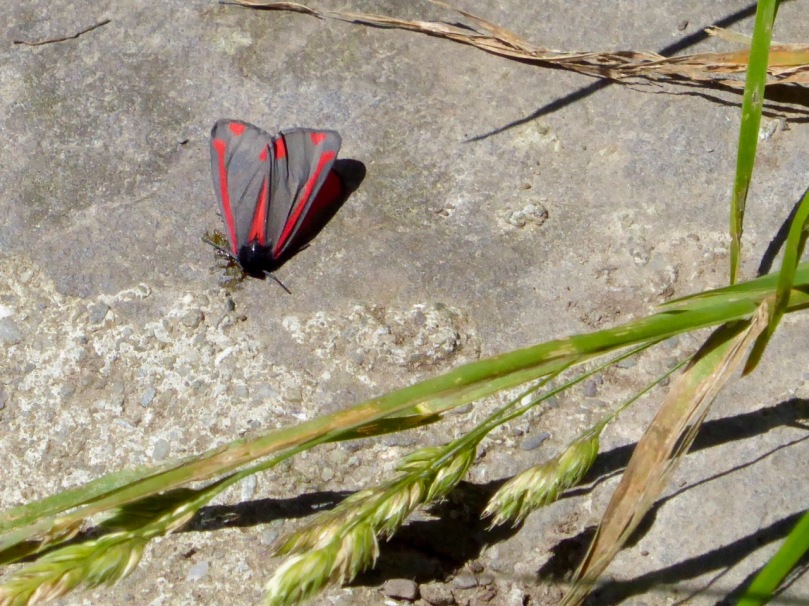 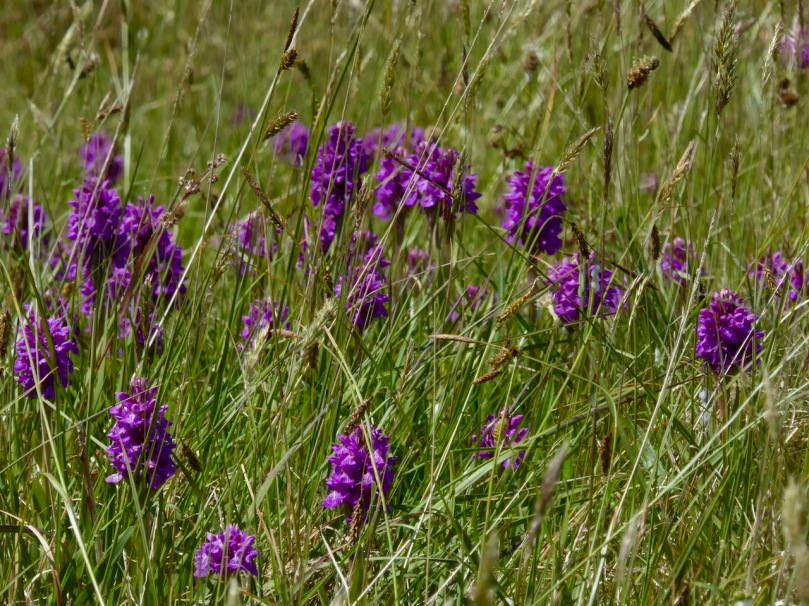 Above, Cinnabar Moth; Below, Marsh Orchids

It’s also very beautiful. Robert and I have enjoyed our trips there very much: in fact, last year my birthday present from him was a two-night break in Cape Clear. We spent our time exploring and hiking the Island, observing the Basking Sharks, and visiting the remains of the Neolithic Passage Grave, original home of the Cape Clear Stone. One of our walks was along the Red Trail – the very area that is now in the Trust. 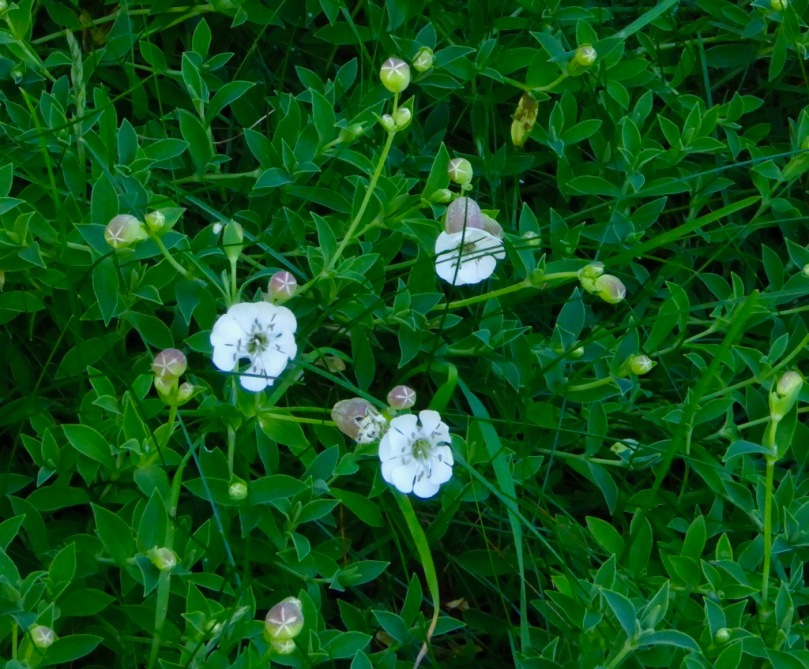 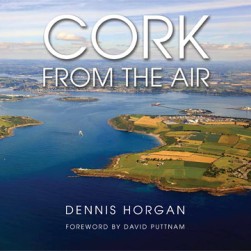 If you’re hankering after your own piece of Ireland in other ways too, allow us to highly recommend Cork from the Air by Dennis Horgan. Dennis is one of Ireland’s supremely talented aerial photographers and his latest book captures Cork as you have never seen it. He very kindly permitted me to use his incredible photograph of Cape Clear from the air – thank you, Dennis! The book is available on his website, or if you’re in Ireland already, in all good bookshops.

Go on, head over to the Cape Clear Island Trust website now – you’re just in time for Christmas!