Last year I introduced to you the wildflowers that arrive unbidden every year to our one acre plot in West Cork. This year I will continue that tradition (if it’s more than once, it’s a tradition – agreed?), starting in March and ending in September and trying to choose different flowers from last year. It was a very different year!

Top image – Blackthorn, the first of the trees to blossom in April (flowers before the leaves come). Above is Blog Pimpernel which grows on what had been quite a wet section of the lawn last year

We had a late start to spring after a long and exceptionally cold winter. Everything seemed about two to three weeks later than last year, so that by March, all I really had to report was the good old lawn daisy. 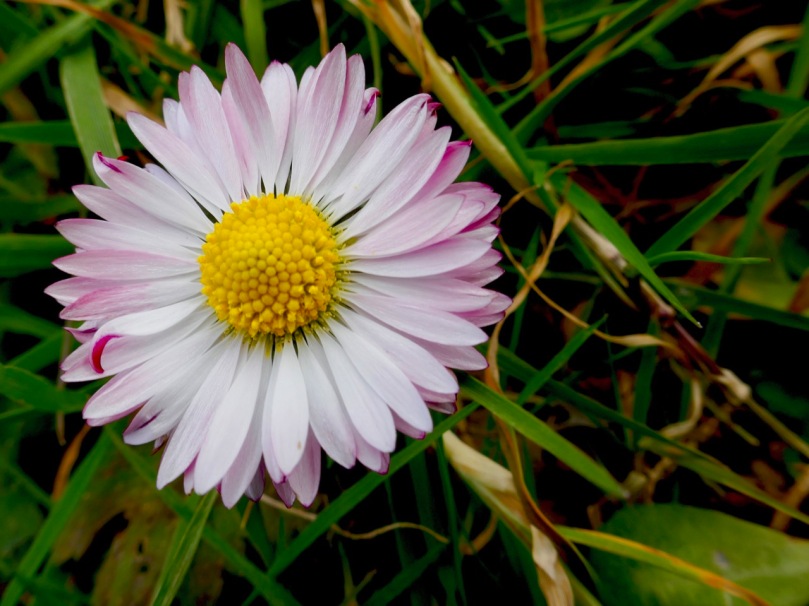 But finally in April the chill abated and tiny flowers started to appear in the grass. Nothing too showy yet – some of them needed a magnifying glass to find. The mosses were having a field day, though, and our Blackthorn bushes put on quite a fireworks show. 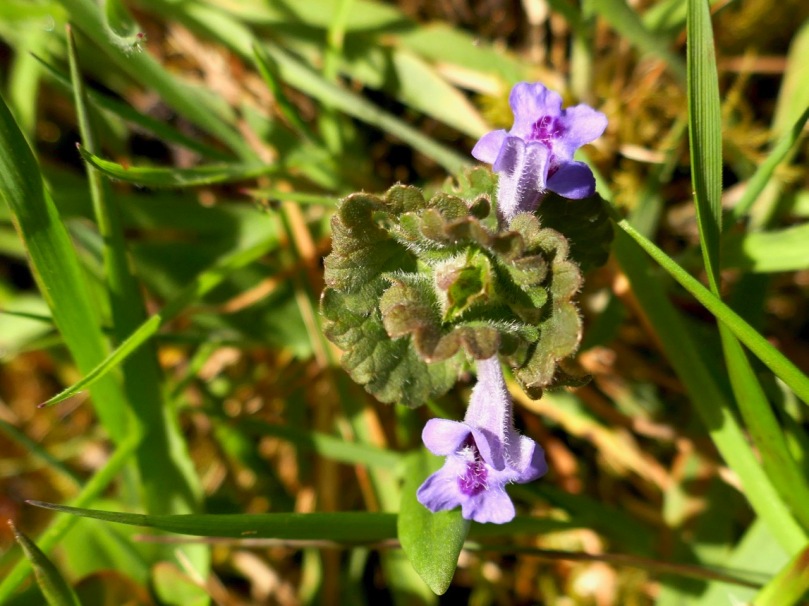 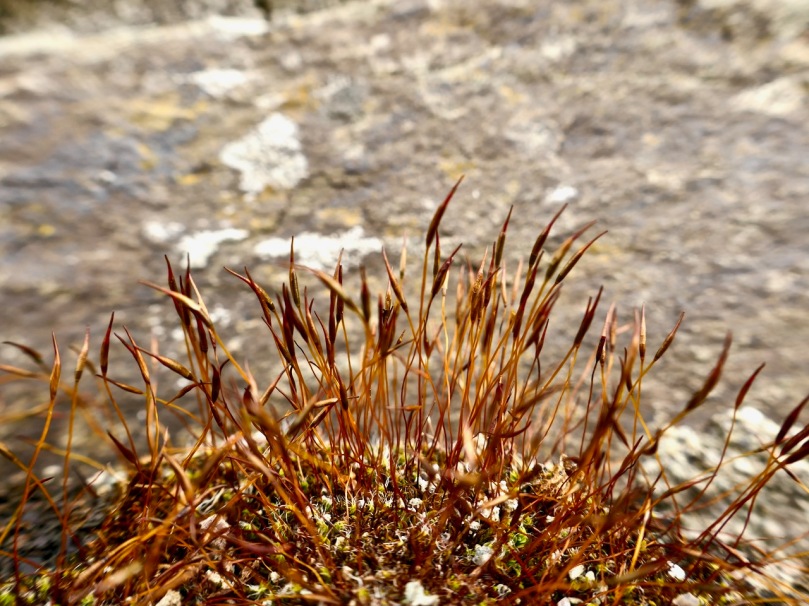 From the top: Keel-fruited Cornsalad (edible and more of a light blue than white); Hairy Bittercress; Common Dog-violet: Ground-ivy; two kinds of mosses

May started to warm up nicely and now the grasses started to grow in earnest, and my uncut portion – my wildflower meadow – took off with a profusion of grasses, sorrel, and clover. 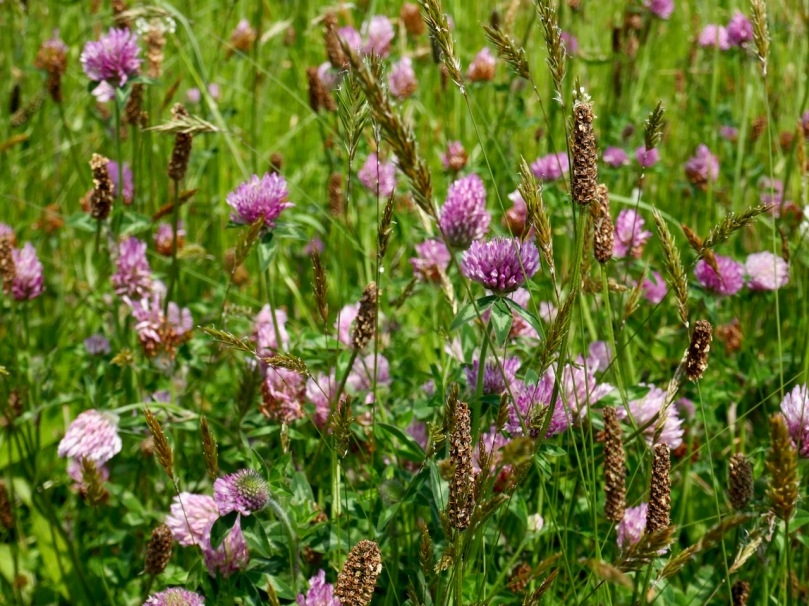 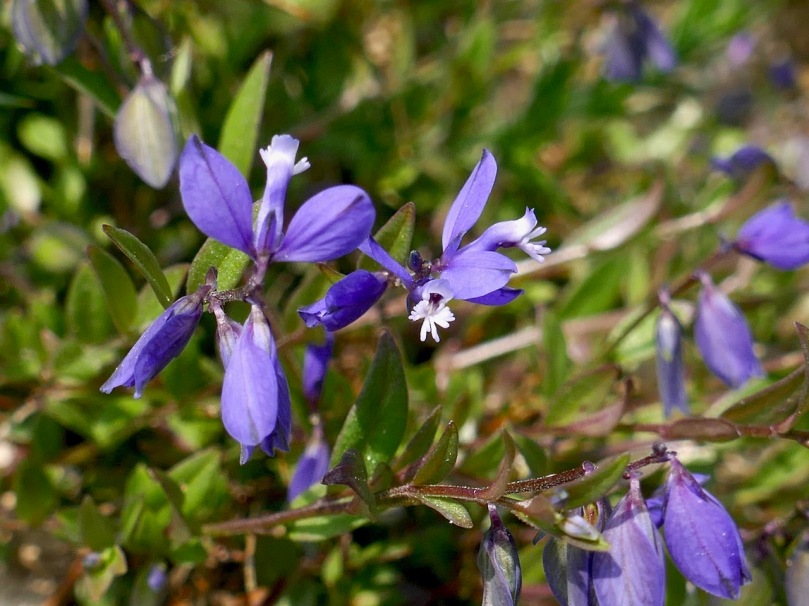 And then, boy did it warm up – Flaming June, they call it, and it lived up to its reputation this year with everything suddenly verdant and pulsing with life and colour. Day after day of sunshine – we just aren’t used to that around here and as the month wore on the word drought was introduced to our vocabulary. Imagine – in Ireland! 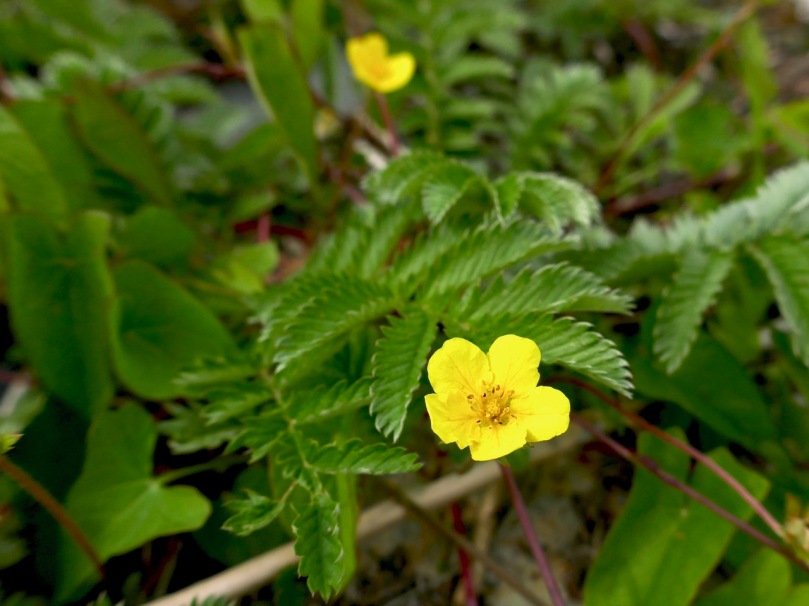 July arrived and still no rain. As the month wore on things started to wilt and shrivel. The Bog Pimpernel, which had spread nicely from last year, gave up the fight and turned into dust. There were compensations, though – the long grasses turned the most delicious golden colour and the Knapweed, undeterred by lack of water, sprang up to populate the meadow.

The rain started in August – not as much as we needed, although it was welcome. But it was too late for most of the flowers to recover and flourish. But one wildflower more than held its own – Chamomile! Most of the chamomile that grows in Ireland (over 90%) occurs in West Cork and South Kerry and I am lucky to have extensive coverage here. Walking over it on a warm day releases that well-known sweet scent – it’s lovely to have! 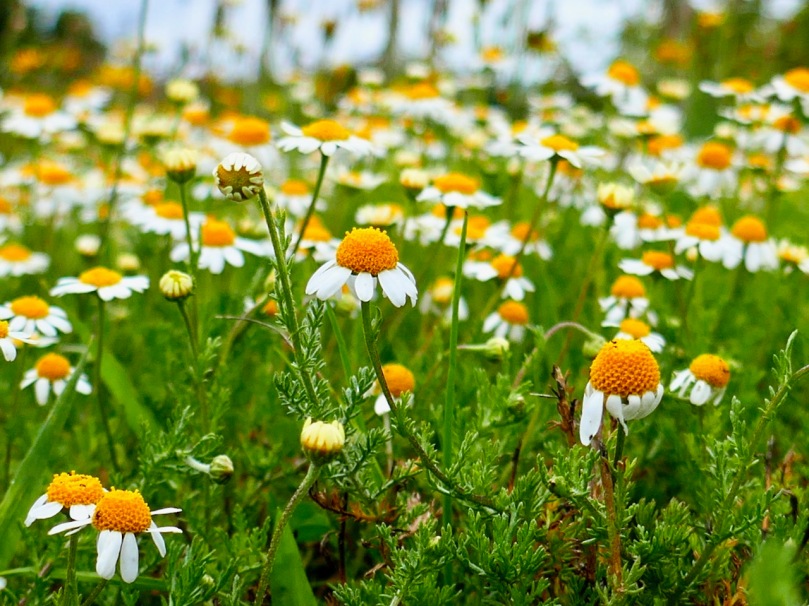 From the top: Chamomile; Yarrow

And now it’s the end of September. The heather is flowering and the gorse is on its second or third blossoming of the year. I have discovered that somehow the invasive shrub Himalayan Honeysuckle has found its way to a hard-to-access section of my garden and I am not quite sure what to do about that but I’ll definitely keep an eye on it to make sure it doesn’t spread too much.

The glory of the property right now is the colour of the vine (I don’t know what it is) that covers the house. It’s not a wild flower, but it is irresistible and I think that’s a good way to end this post.