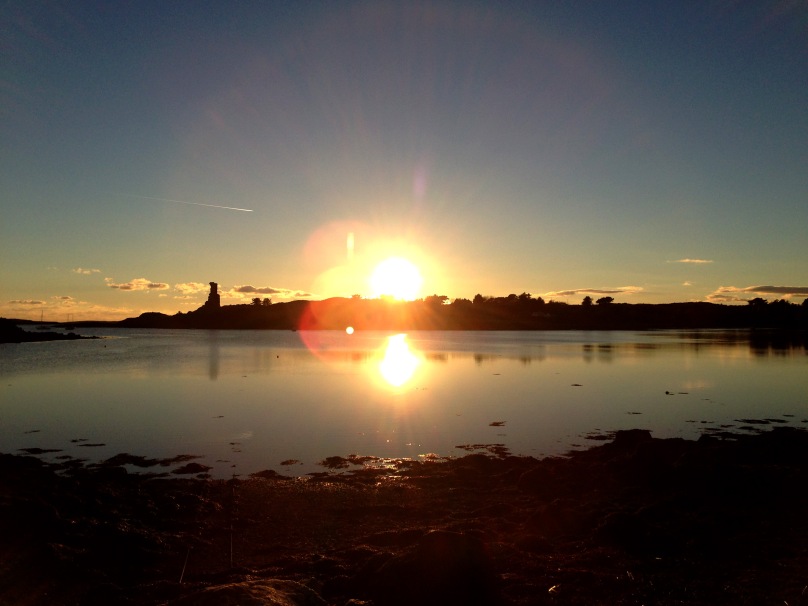 “Where does that road lead?” said I, pointing to a road on the left of the one we were pursuing. “The road is it?” said the man with the cloak, “why, then, what road should it be, but the road to Sunday’s Well, a fine well it is, and a blessed place, for sure they say, though myself never seen it, that if one was to go there at peep of day on an Easter Sunday, they’d see the sun dancing a jig on the rim of the sky for joy; and I suppose that’s the reason they calls it Sunday’s Well” [Thomas Crofton Croker, Legends of the Lakes: or Sayings and Doings at Killarney, 1829]

When I lived in Devon I was told that the sun danced on Easter morning, but also that the ancient stone at the crossroads above the house where I lived could be seen to move at dawn on that day. I never caught the dawn when I lived there but here’s evidence that the sun does, indeed, dance at Roaringwater Bay. According to Kevin Danaher children in Ireland were shown the sun on Easter morning reflected in water – perhaps in the sea or a well – and this ensured that it would be seen to dance. 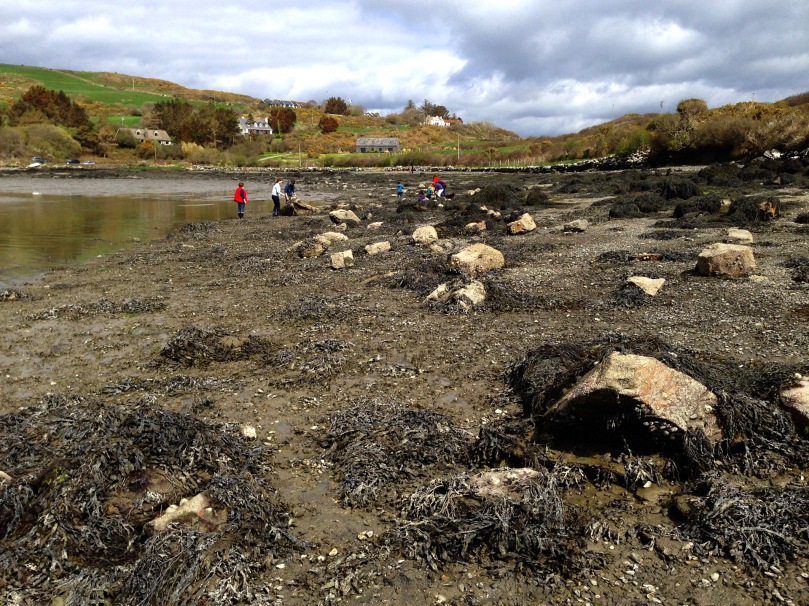 Gathering Bia Tragha at Rossbrin: the house on the skyline is Nead an Iolair

There are so many Easter customs: Finola is writing about the bia tragha – the custom of gathering shellfish and seaweed on Good Friday, the culmination of the austerity of Lent. Down in the Cove we joined several families collecting mussels. When I asked them why people in Ireland carry out this Good Friday tradition I always got the same answer – ‘…because we have always done it…’ 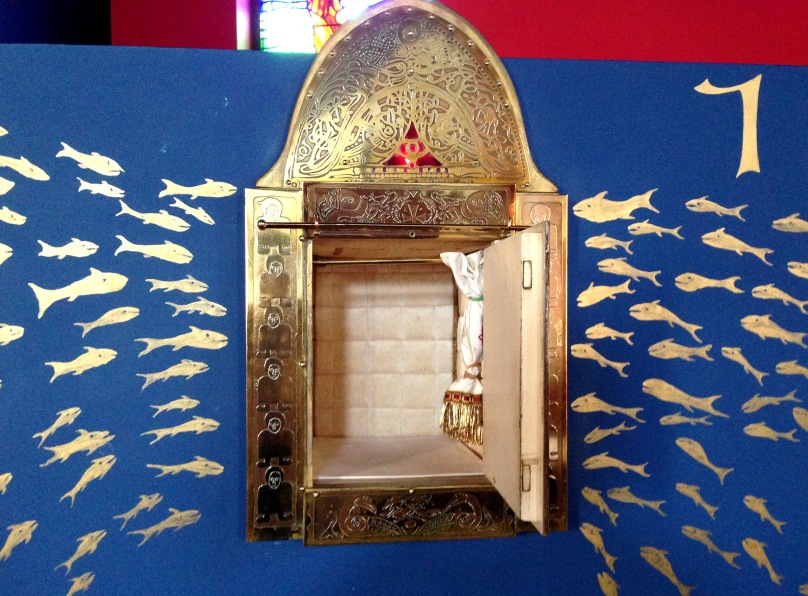 Good Friday – and the Tabernacle in Ballydehob Church is empty

There is a lot of respect for the observance of Good Friday here. No alcohol is consumed: the pubs close at midnight sharp on Thursday evening (it’s not unusual on a normal day for them to stay open until two or three in the morning – especially if there is a session going on) and don’t reopen until Saturday. Ireland is probably the only Catholic country in the world where this tradition is still kept up. Not so long ago no work was done on the land, and ‘…no blood should be shed, thus no animal or bird could be slaughtered, no wood should be worked or burned and no nail should be driven on the day on which the Saviour was crucified…’ (Danaher) 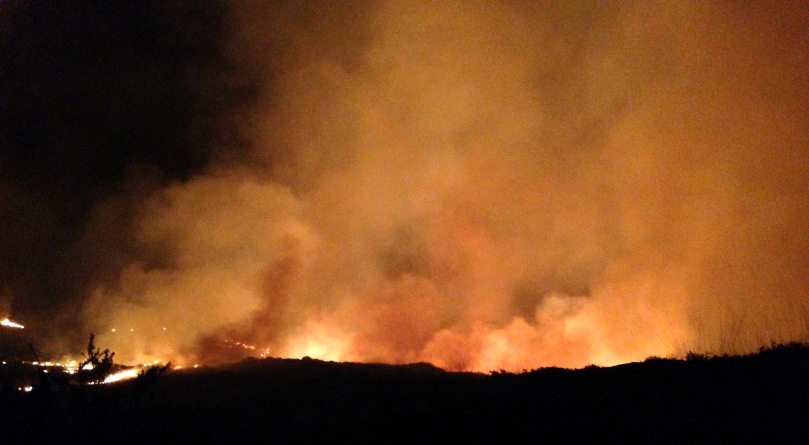 Burning the Mountain on Good Friday

Bearing this in mind we were surprised to encounter a ‘controlled burning’ of the gorse on the Sheep’s Head when travelling back from visiting friends on Good Friday evening. It was spectacular: the whole mountainside seemed to be engulfed.

On the Mizen – according to McCarthy + Hawkes – ‘…Early on Easter Sunday morning all the lads from the townlands would go around in a big group, blowing a trumpet made from a cow horn. The women of the houses visited would give them boiled hen’s eggs to eat, sometimes coloured yellow from boiling with furze petals or onion skins. After Easter Mass everyone went home for a quiet day of rest and a good feed after Lent. The night would bring a ball with much drink and dance…’ 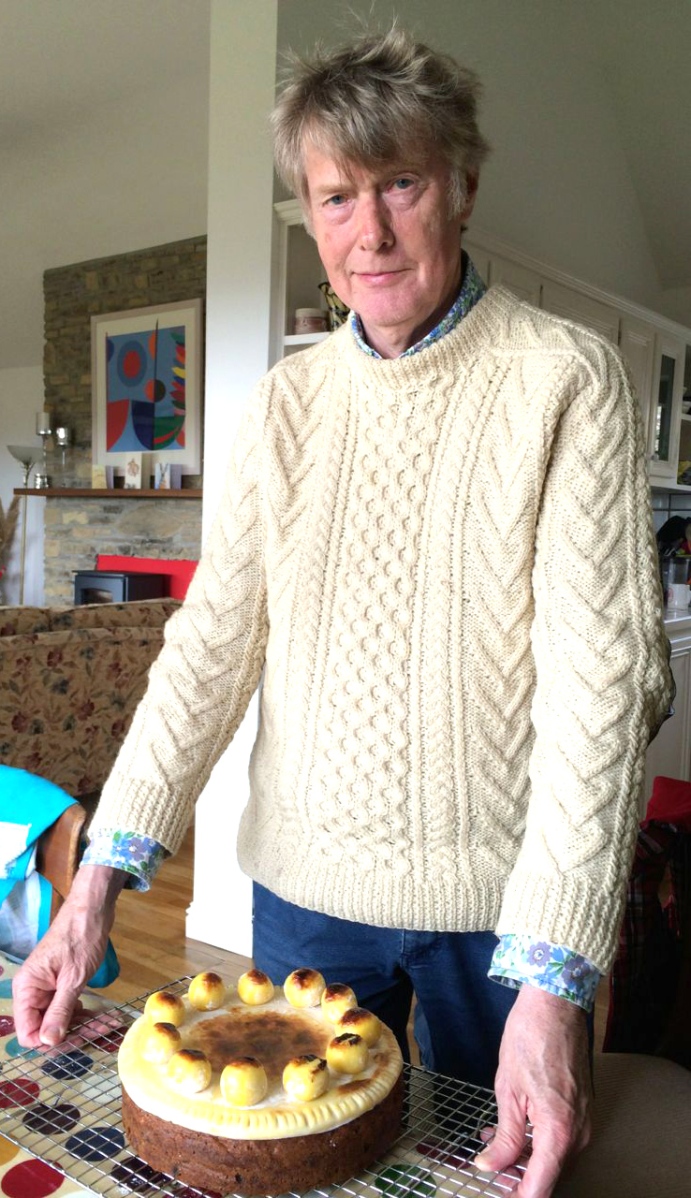 We are observing some of our own traditions today: we’ll be eating the Simnel Cake which I have made – more of an English tradition than an Irish one: the eleven marzipan balls represent the twelve Apostles (minus Judas) – and then we’re off to the Ballydehob Road Trotting races. Oh – and there are some eggs involved. 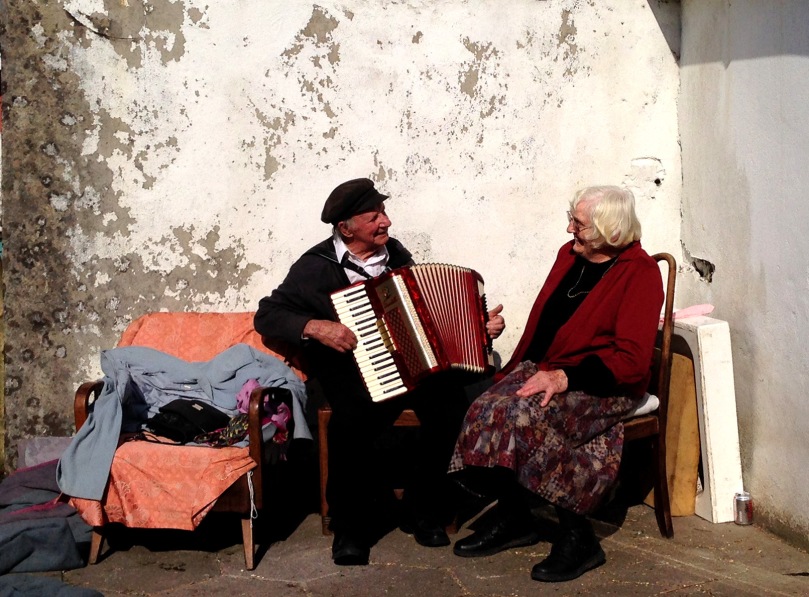 A scene in Provence? No – a sunny corner in Ballydehob on Easter Saturday