It happens so suddenly. One day you will go down to the Cove and the sounds of summer will be in the air: childrens’ voices and laughter from gardens and beach, excited dogs, perhaps a clop of ponies from the riding stable, the flap of sails getting under way and the whirr of outboards on ribs. Then, the end of August comes, and it’s as if a shutter drops mechanically. Gates are shut and blinds are drawn at the many holiday houses along the water; there’s a chill in the morning air and a haze hangs over everything. An ever so slight feeling of melancholy accompanies the Oystercatchers pieu-ing as they glide in. 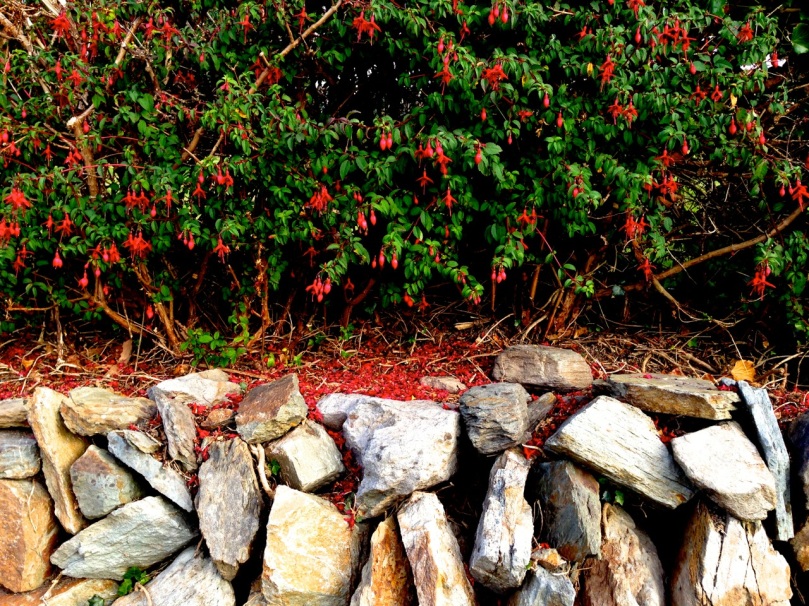 But there’s abundance all around: fat, luscious berries and hips dominate the hedgerows and wild fuschias are as rampant as ever. Bees are constantly in evidence. The sun still comes uninterrupted every day in this record-breaking year while, in the evening, the biggest moon of the season rises magnificently in the east, bringing with it a huge tidal variation: low water empties the Cove almost completely, providing a feasting ground for the little waders, while the Swans are compelled to sit on their single legs forlorn on a mud-bank, or to sail off out to the open water beyond the castle. 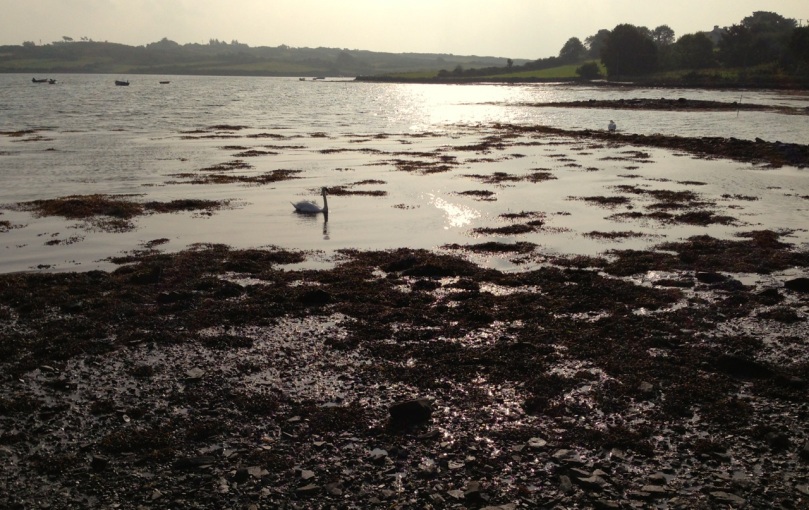 On a day last week we perambulated the full rim of the Cove, pausing by Julian’s house at the very end, just before reaching the landmark of Finghin O’Mahony’s ruined tower. Like us, Julian is a year-round resident: there are just a few others. There is activity in the boatyard at the end: they are preparing to receive, over the coming month, all the sailing craft that are currently moored to buoys in the mouth of the inlet: upwards of thirty. Yacht insurance generally runs out at the end of October. Last winter – the stormiest in living memory – saw a single boat ride it all out undamaged on the water, while high and dry in the boatyard several fine yachts were toppled and broken by westerly gales. For some reason (perhaps its because of the now sleeping houses) the birds’ chattering and serenading seems to be louder and more insistent. 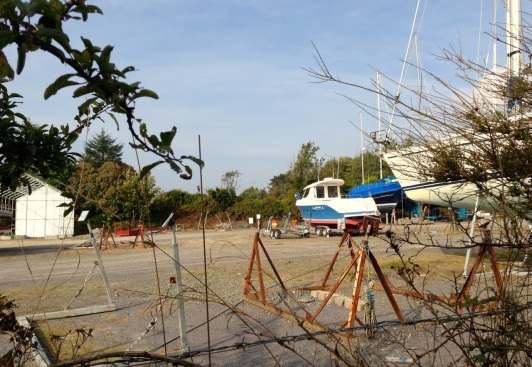 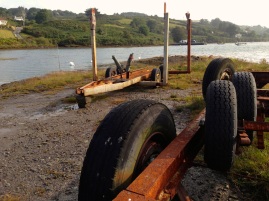 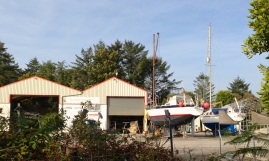 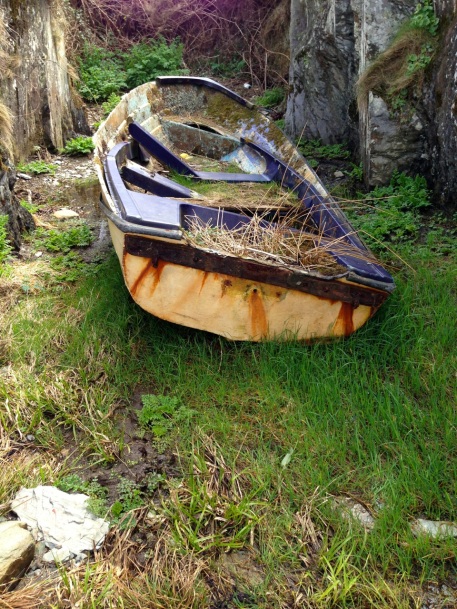 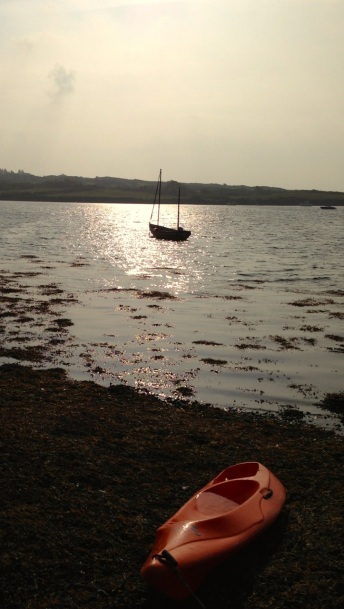 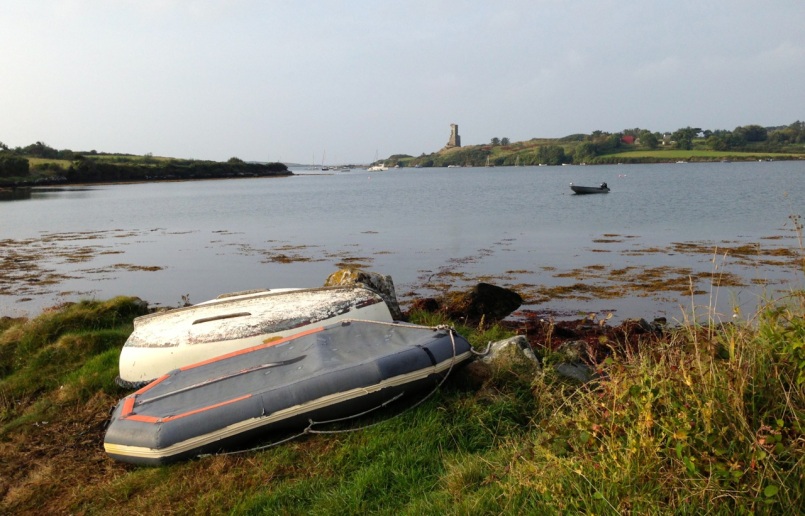 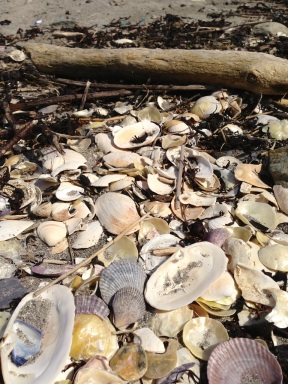 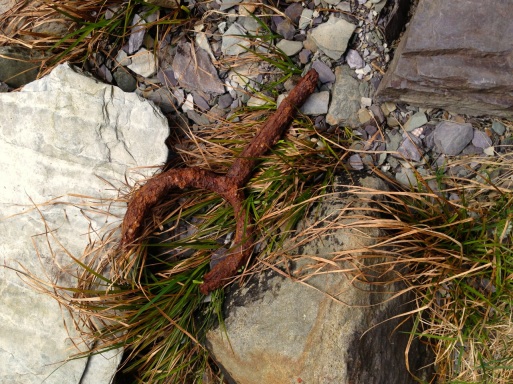 When I first came through Rossbrin Cove – many years ago – it didn’t make a positive impression on me. It seemed a bit of a scrappy place, with its huge, muddy slipway at the far end and rusting trailers and discarded dinghies growing in to the encroaching sedges. The shoreline itself, edged with home-hewn jetties and concrete landing places, seemed a little urban: I passed on, looking for a bit more in the way of West Cork scenery and character. Now, the Cove is our daily garden path: with familiarity it has elbowed its way into our hearts and we appreciate every detail. At low tides the rocks are a hunting ground for Mussels (although we have to wait for Good Friday), and sunlit pools are inhabited by scurrying crabs and bewildering varieties of seaweed.

Before the haze burns off, sky and water merge and the islands drift in and out of view. The sea itself is a frontier of the untameable Atlantic but, here in this land of inlets, coastal hills and castles it mirrors the sunlight from its barely rippled surface, and our summer will never end. 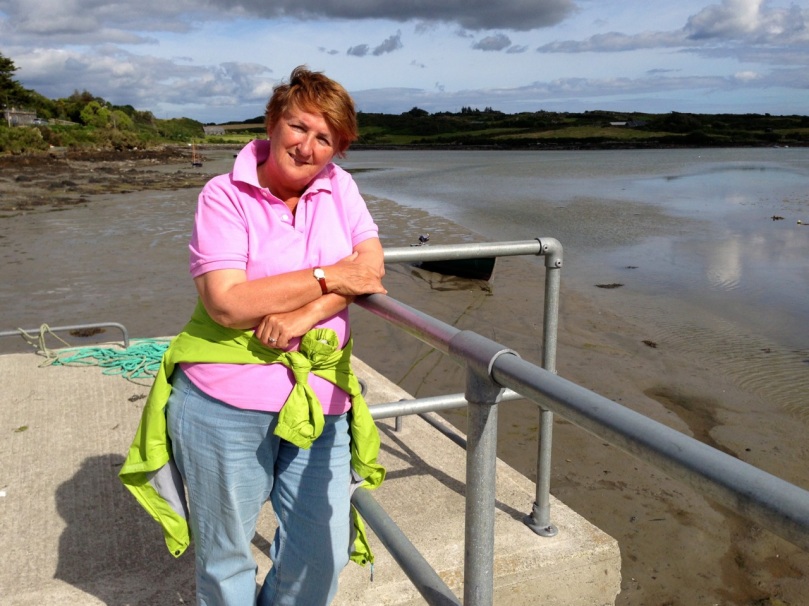 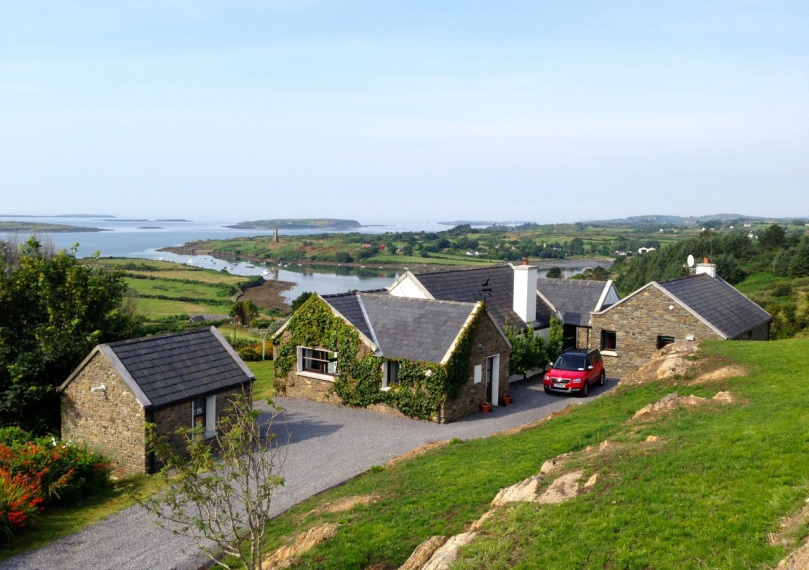 Nead an Iolair – the view to Roaringwater