Today is Oiche Fhéile Bhríde – St Brigid’s Eve. The Saint’s festival – tomorrow – marks the beginning of Spring: we will feel the lengthening of the days, and we have to be alert for so many portents.

Firstly – Hedgehogs. Watch out for your Hedgehogs: to see one is a good weather sign, for on Brigid’s Eve the Hedgehog comes out of the hole in which he has spent the winter, eyes up the weather and, if he likes the look of it, starts his foraging. If he goes straight back in again, then you’ll know that the storms will continue! This is according to Kevin Danaher, a frequent contributor on our seasonal folklore. The wind direction on the eve of the festival ‘…betokens the prevailing wind during the coming year; the festival day should show signs of improving weather, although an exceptionally fine day is regarded as an omen of poor weather to come…’

For those of us who live by the sea we have to be alert for Rabharta na Féile Bríde, the spring tide nearest to St Brigid’s day, as it is said to be the most significant one of the year – that’s when the difference between high and low tide is the greatest. Danaher, The Year in Ireland, Mercier Press 1972, notes: ‘…The people were quick to take the opportunity of cutting and gathering seaweed to fertilize the crops and of collecting shellfish and other shore produce. In a few places a live shellfish, such as a limpet or a periwinkle, was placed at each of the four corners of the house, to bring fishing luck and ensure plentiful shore gathering…’ But don’t forget that it’s not until Good Friday that you harvest the Mussels. 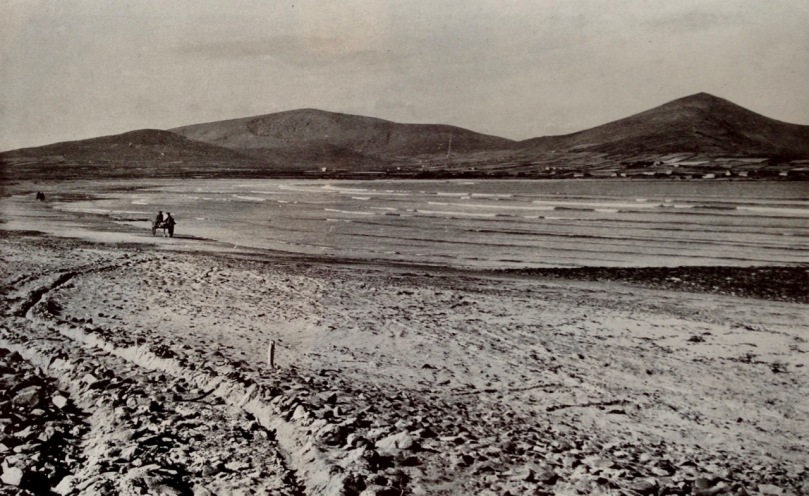 All the photographs in this post are from the collection of Tomás Ó Muircheartaigh, who documented life in rural Ireland between the 1930s and the 1950s – an invaluable pictorial record of the times

This is the day to make – and eat – your bairin-breac: ‘…On St Brigid’s Eve every farmer’s wife in Ireland makes a cake, the neighbours are invited, the madder of ale and the pipe go round, and the evening concludes with mirth and festivity…’ (Danaher). I’m holding out hopes that Finola will oblige and get out her delicious barm-brack recipe. Of course, the mirth and festivity will follow as she soaks the fruit in whisky! The Saint travels around the countryside on the eve of her festival, bestowing her blessing on the people and their livestock. We must be sure to leave out for her a piece of our cake: ‘…Often a sheaf of corn was put beside the cake, as refreshment for the Saint’s favourite white cow which accompanied her on her rounds. Others laid a bundle of straw or fresh rushes on the threshold, on which the Saint might kneel to bless the house…’ (Danaher). 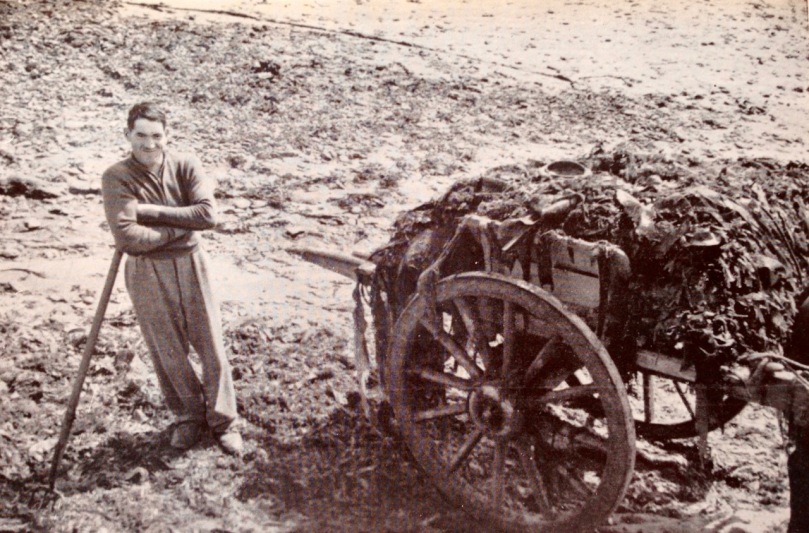 Tonight we will hang a piece of red ribbon outside our door: ‘…One traditional story says that St Brigid wove the first cloth in Ireland and worked into it white healing threads which were said to have kept their healing power for centuries. In many places in Ireland it was customary to put a piece of silk ribbon, red being the preferred colour, outside the house on the Eve of St Brigid’s Day, much in the same way as articles of clothing or cloth left out on the saint’s eve would be endowed with St Brigid’s blessing when they became known as the Brat Bhríde (Brigid’s cloak). It was believed that St Brigid, when travelling around the country on the Eve of her Day, would see and touch the ribbon, so endowing it with her blessing and conferring on it some of her healing power. After this it was referred to as the ribín Bhríde…’ from Brigid: Goddess, Druidess and Saint Brian Wright, The History Press 2009. This reminds me very much of another saint – Gobnait – who also has a February festival. It’s going to be a busy month! To start it off it’s essential that we make our bogha Brídhe – St Brigid’s Cross.