During the West Cork History Festival field trips, led by Roaringwater Journal last week, treats were in store. Many thanks to volunteers Jenny and Ray who worked hard to provide the refreshments (and who baked the scones!) on Friday’s ‘Art and The Great Famine’ excursion, which arrived at Reen Farm in time for tea. 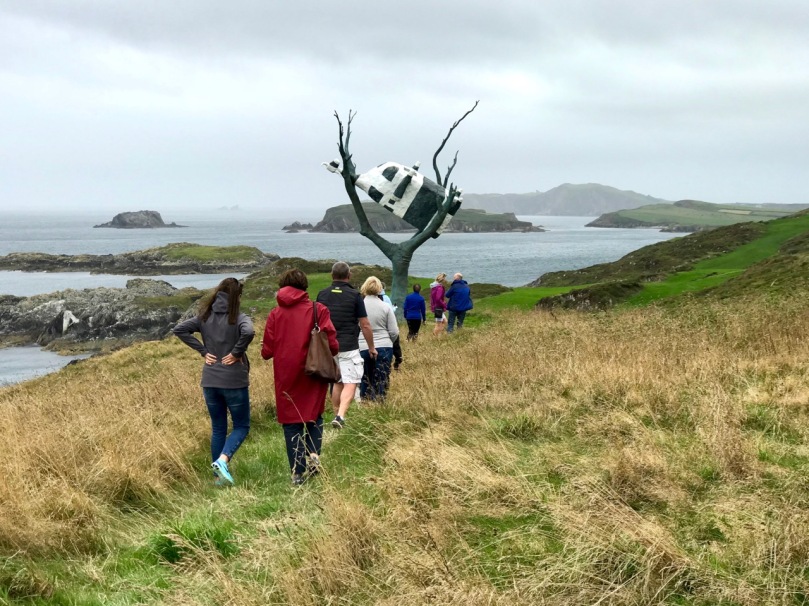 Artist John Kelly‘s cows are abundant at his home at Reen, and the experience of the connections with this unique place and Famine times were admirably and sensitively presented by Siobhan Burke of West Cork Experiences (she’s on the left, facing the bronze tree, below).

The day included organised visits to the 110 Skibbereen Girls project at the old workhouse site in Skibbereen – where we were given a presentation by artist Toma McCullim – and a guided tour by West Cork Arts Centre’s Zenda Williams of the Coming Home – Art and The Great Hunger exhibition at Uillinn, followed by a visit to the mass famine graves in Abbeystrewery, where Philip O’Reagan of the Skibbereen Heritage Centre explained the site’s enormous significance. Just as well we had those scones to bolster us up!

On the previous day we began the ‘West Cork Archaeology’ tour at Knockdrum Fort, where – in benevolent weather – you get the most spectacular views (above). Finola talked about the Rock Art on the site, which takes it back in time perhaps 5,000 years, and she also explained about the alignment with the Bealtaine sunset discovered by Boyle Somerville, described here – and which we witnessed ourselves earlier this year (below). 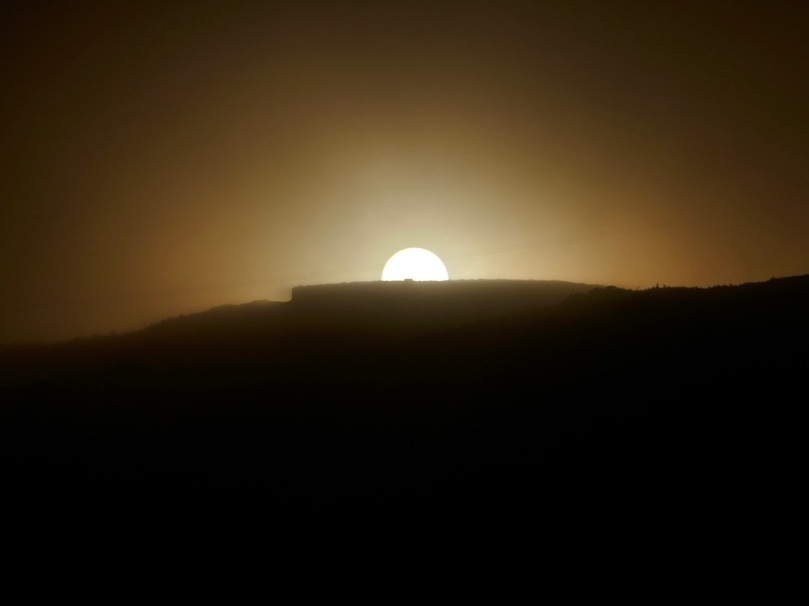 Highlights of that day’s expedition also included an entertaining time at Castletownshend hosted by George Salter-Townshend (below, he’s leading us into the Castle which has been owned by his family since medieval times). 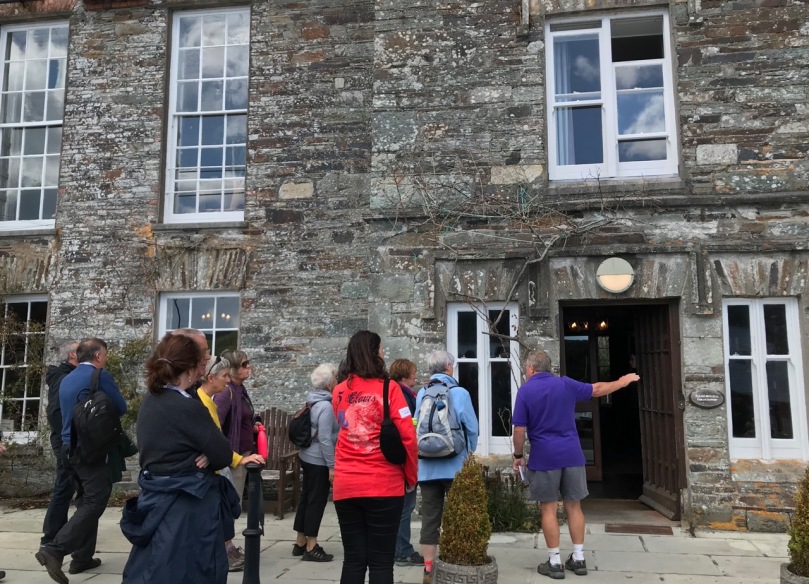 After more on archeoastronomy from Finola, at Drombeg Stone Circle (above), a further treat was in store at Castle Salem, near Rosscarbery, where we were given a tour and talk by its owner Peter Daly (below).

We were delighted to be given the opportunity to provide this ‘lead-in’ to the History Festival weekend itself which – as last year – was a roaring success. If you didn’t go to it, take a look at the festival programme, and see what you missed!

Because our time has been taken up with the festival we haven’t written any posts this weekend. Normal service will be resumed next week. I can’t resist finishing off with another look at John Kelly’s sculpture garden at Reen. 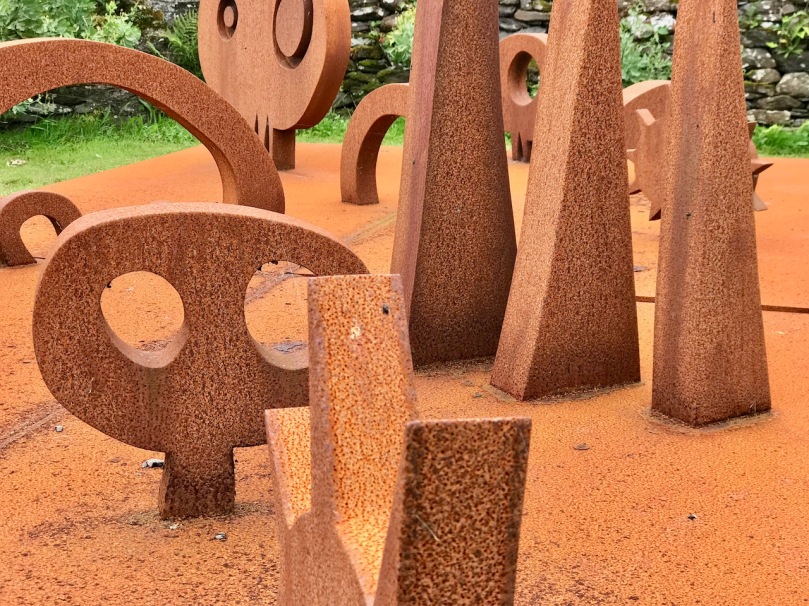