Last week, for the Taste of West Cork Festival, we went back to one of our favourite West Cork places for a very special concert.

Reen Farm is the home, gallery and sculpture garden of the artists John Kelly and his wife Christina Todesco-Kelly. But that description comes nowhere close to doing justice to this utterly unique, fascinating and beautiful venue. We have written about Reen Farm before – two years ago in Where Art and History Meet and last year in Out in the Field.

This year’s event was a concert by Jessie Kennedy and Justin Grounds, joined by Tess Leak on the cello. Jessy and Justin have collaborated on many occasions and always to great effect. Highly accomplished musicians and composers, their concerts are hot ticket items in West Cork. One of the attractions on this occasions was that seats were limited so we were promised an intimate occasion.

We started in John Kelly’s Tate – a sculpture/structure/installation intended to invoke the conjunction of wealth and art in a place that in fact is remembered historically for poverty and famine. This is mainly due to the visit of NM Cummings to Reen and to his famous letter to the Duke of Wellington, in which he relates the horrors of what he has witnessed in Reen and pleads with Wellington to intervene.

Christina read the letter and Jessie performed I am stretched on Your Grave.  It was deeply moving and we filed out of the Tate a more mournful and thoughtful group than the one who entered. We needed a lift and what better to deliver that than John’s iconic Cow up a Tree Sculpture. It doesn’t hurt that it’s located on one of the most scenic stretches of the West Cork coastline, either.

By the time we got back to the garden the tea and coffee were on and Billy (sound engineer and baker extraordinaire) had laid out a feast for us. 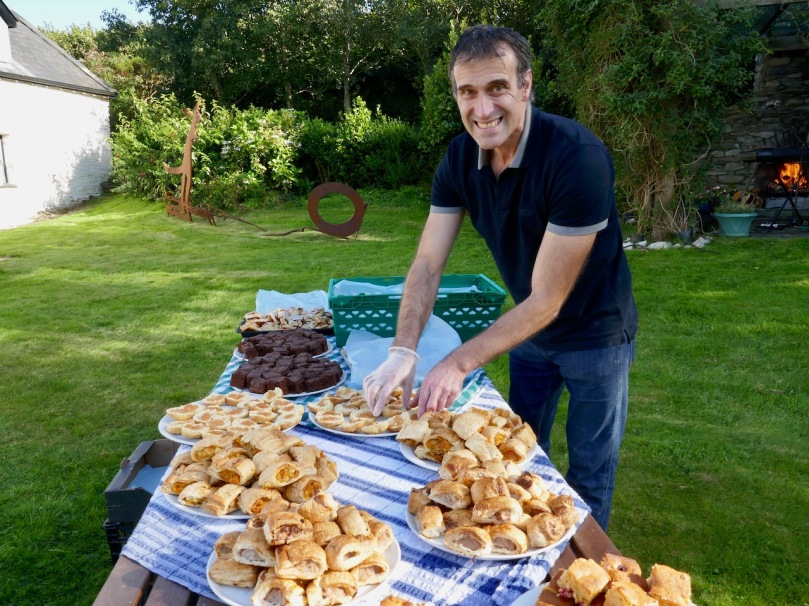 We tucked in, and settled down for the concert. It wasn’t just that we were listening to accomplished musicians – it was that it was all taking place on a warm summer evening as the sun was sinking low, in this amazing and exotic location. It felt like such a privilege to be in that place at that time.

Thank you, John and Christina, for your warm hospitality and for sharing your vision for future developments with us. We look forward very much to seeing what the next year or two brings at Reen Farm!