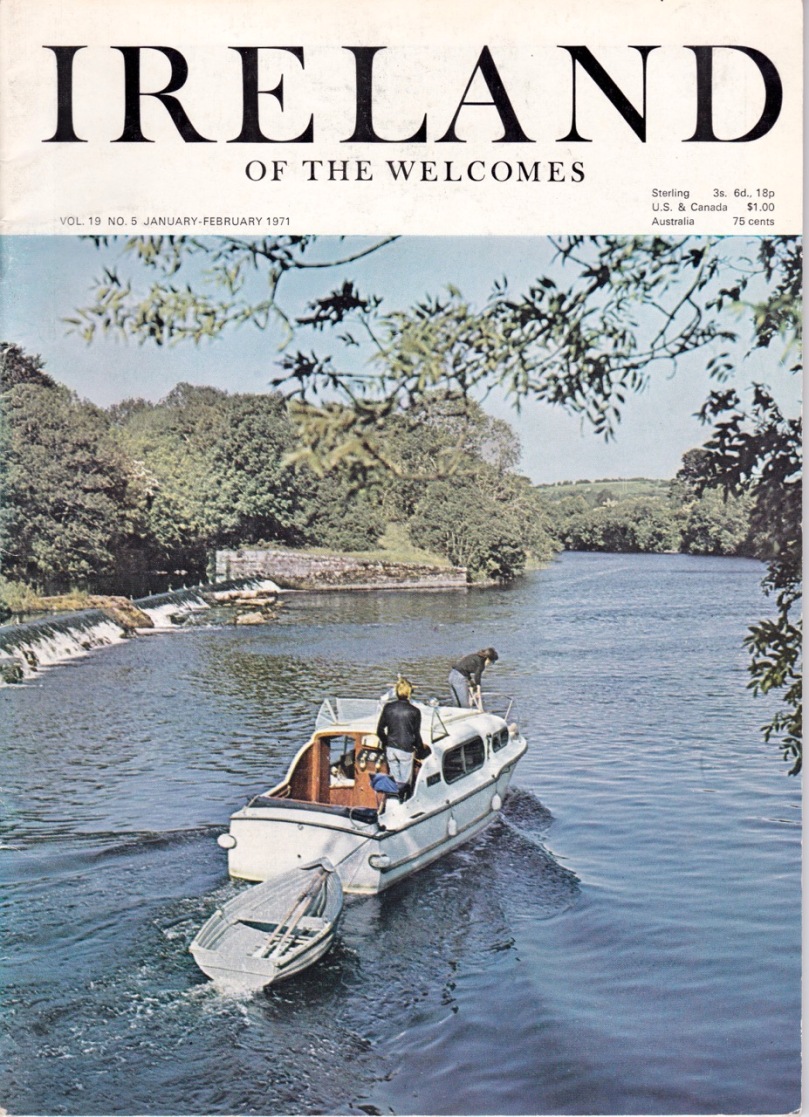 I wrote, in 2014, about our set of Ireland of the Welcomes for the 1970s and I’ve been meaning to return to them ever since. Today is the day. (Well, you wouldn’t want to rush into anything, would you?) I turned 21 in 1971 and went from being an undergraduate to a graduate student at UCC. I was living between Cork and Dublin, with forays to Newgrange and Kerry. I spent the summer in Malahide, studying for my finals at the National Library and at Trinity College Library, ducking out for lunchtime concerts at St Anne’s in Dawson Street. In the autumn I set up in my very first independent digs in Cork with my friend Bessie and embarked on my Master’s in Archaeology, paying my way with what was then charmingly called a ‘Demonstratorship’ at UCC. The world was my oyster. 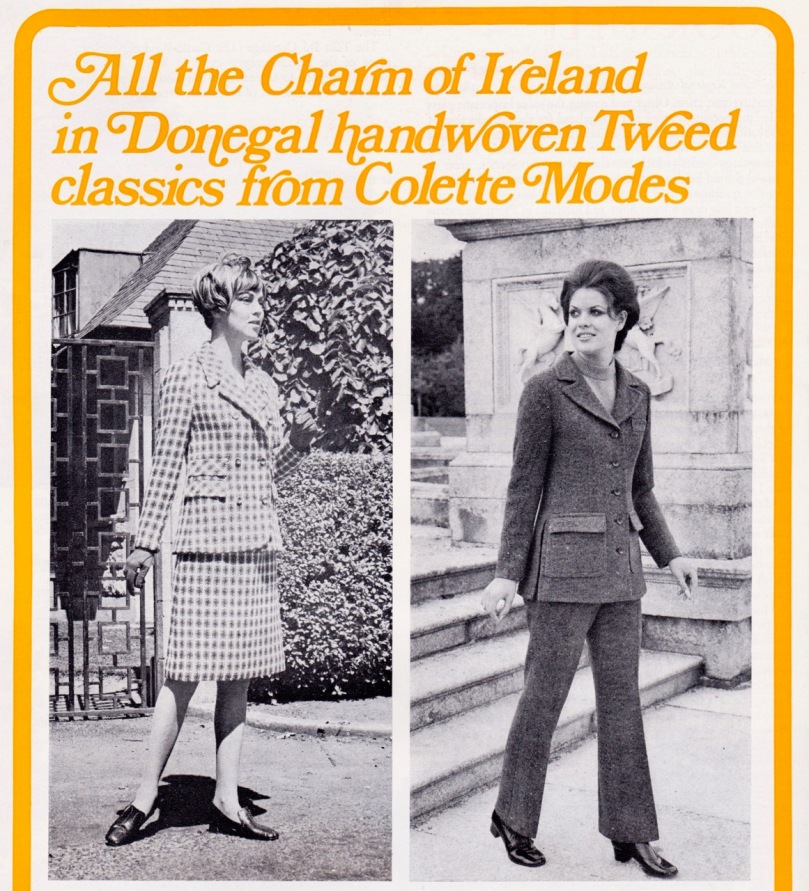 What the well-dressed Demonstrator was wearing in 1971

That whole sense of emerging into a modern world was true for Ireland as well in the 1970s. I’ve been dipping into the set for 1971 and it’s a charming blend of the traditional and the new. Anybody who lived in Dublin in the 70s will remember the Dandelion Market – it was the place to see and be seen on Saturday morning, full of hippies and trendies selling antiques, tat, artwork, crafts and lots of cool clothes. Shaggy waistcoat, anybody? Take a look at RTE Archives footage from around then. Were you there? Recognise anyone? 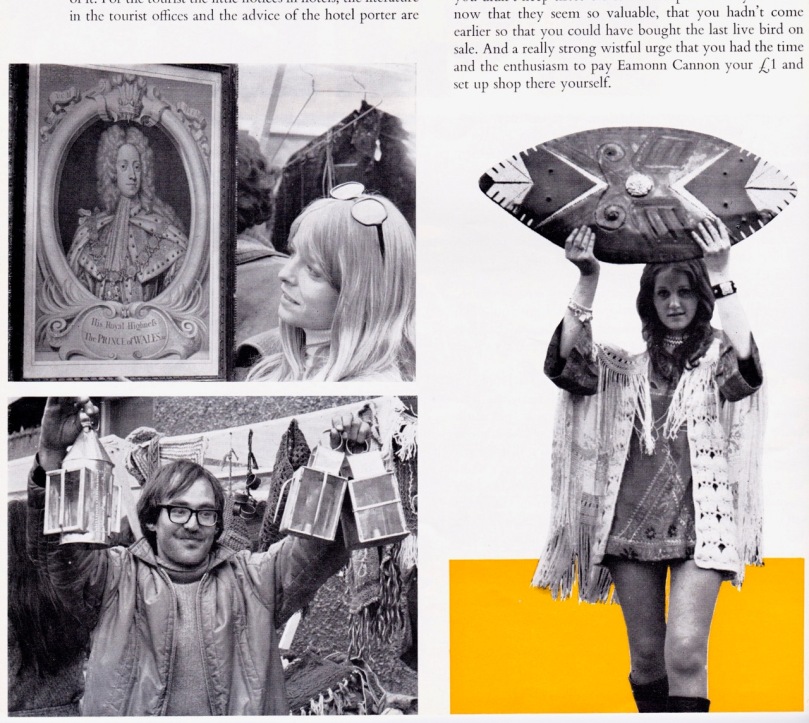 And guess who wrote about it in the January-February issue? Maeve Binchy! in 1971 Maeve was years away from a successful career as a novelist, but she was already a well-known columnist and editor of the women’s pages for the Irish Times. She and my mother, Lilian Roberts Finlay, shared a stage at the Vancouver Writers’ Festival in the 90s and I got to know her a little then, and as a friend of Mum’s. She was everything you imagine – warm, witty, wise and great company. 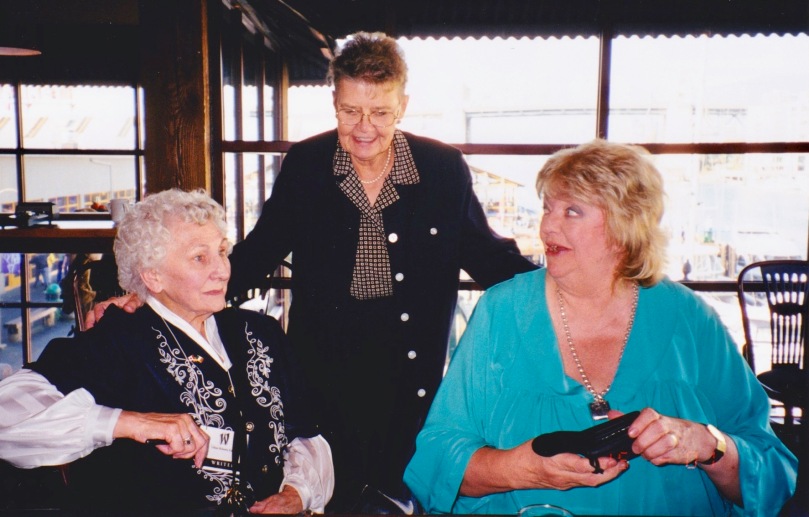 The Dandelion piece was followed by an article, Some Unexpected Ballad Writers, by Grainne Yeats. I wasn’t sure who Grainne Yeats was so I looked her up. She was WB’s daughter-in-law but that was not her claim to fame. An accomplished harpist and speaker of Irish, she was a music historian and virtuoso singer and player, performing all over the world, and an expert in the music of Turlough O’Carolan. She singlehandedly revived the playing of the kind of traditional wire-strung harp that O’Carolan would have played. Her obituary in the Irish Times spells out her many achievements, while a short YouTube clip gives you a flavour of the sound of the harp.

Her article is about a form of song that was not common in Ireland until the eighteenth century, but was then heartily embraced – the ballad. She tells of Oliver Goldsmith who, while a student at Trinity “lounged about the college gates, wrote ballads for five shillings, and crept out at night to hear them sung.” Yeats wrote ballads because he wanted his poetry to be ‘popular’ – in the sense of poetry that would belong to the people as a whole. She mentions James Joyce, Davis, Mangan, Terence MacSwiney, Arthur Griffiths. I append Yeats’s ballad, Come Gather Round Me, Parnellites, at the end of this post – read it in conjunction with this Irish Times post that lists Jack B Yeats’ illustration for this ballad as a selection for Modern Ireland in 100 Artworks. 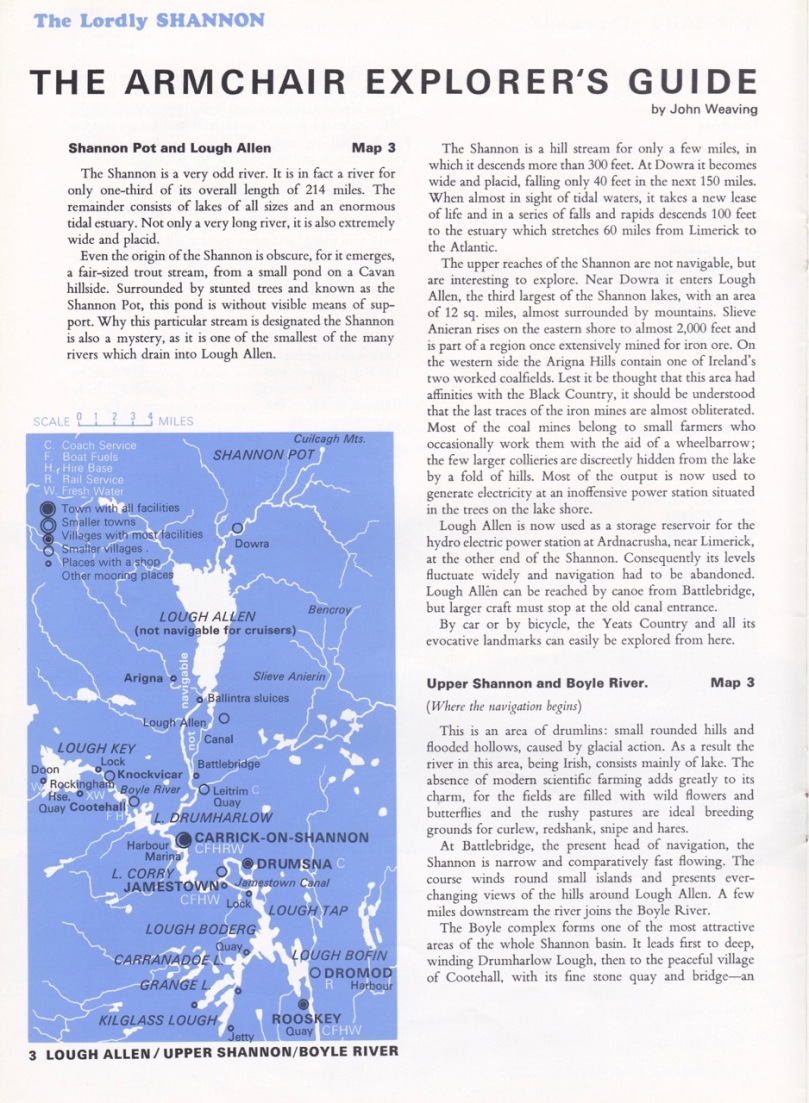 One of several pages about the Shannon River, with detailed maps

A huge section in that same issue was devoted The Lordly Shannon. Shannon cruising was emerging as a holiday idyll and photographs showed cheerful boaters negotiating locks and fishermen hauling in salmon, interspersed with monastic ruins and enticing pub signs. It was a successful campaign – Shannon cruising is popular today and indeed by all accounts makes for a superb vacation. 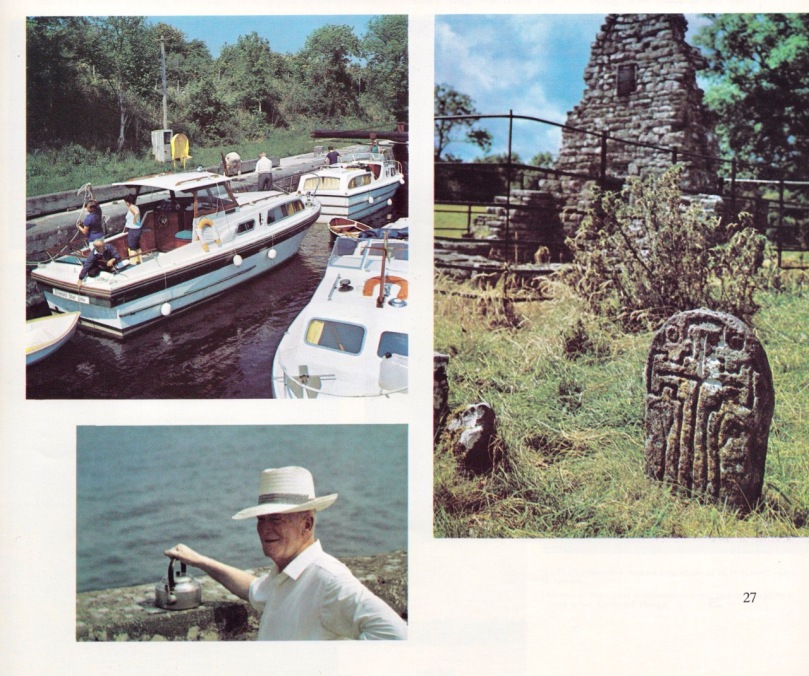 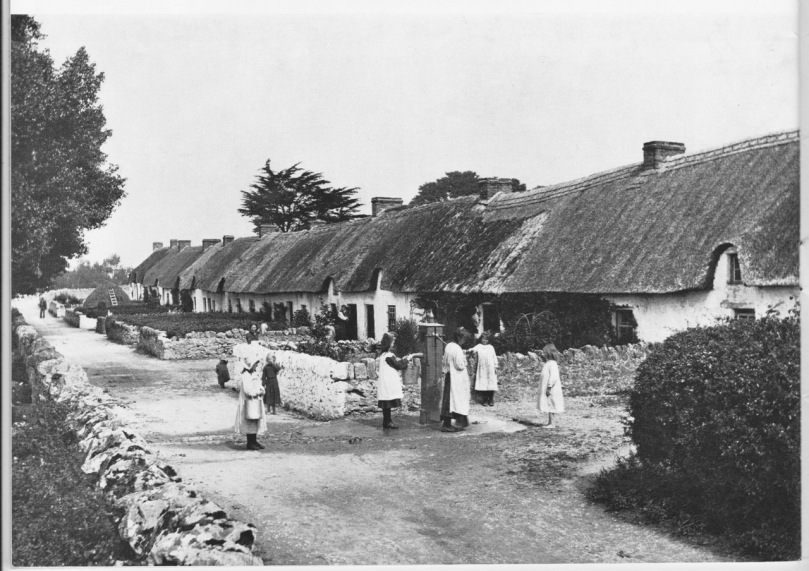 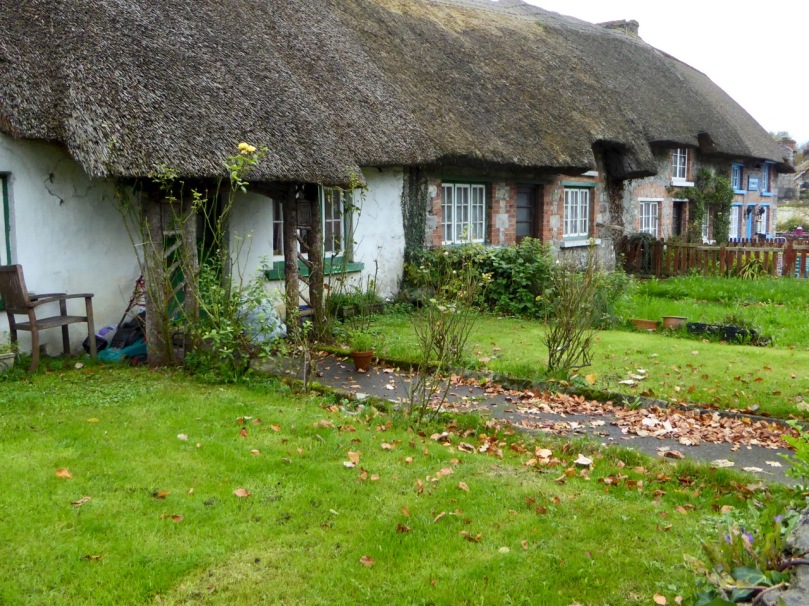 Robert French’s photograph of Adare in the 1880s or 1890s. As you can see the charming thatch has survived – the second photo was taken in November last year

Although I know about the Lawrence Collection, and had lost myself in it a few times, I wasn’t really aware that the ‘view’ photographs, 40,000 of them, had not been taken by William Lawrence himself. “The man to whom he entrusted the task of photographing Ireland was an employee named Robert French who worked anonymously for the Lawrence firm all his life.” The article, by Kieran Hickey, rescues French from that anonymity and points to the personality behind the camera, the chronicler of the social history of his time. “Despite the inflexibility of a heavy camera, a cumbersome tripod and individual glass negatives, the images are unerringly composed, never reframed in printing, and taken at the precise moment which shows the photographer’s eye to be selective, observant, patient and alert.” 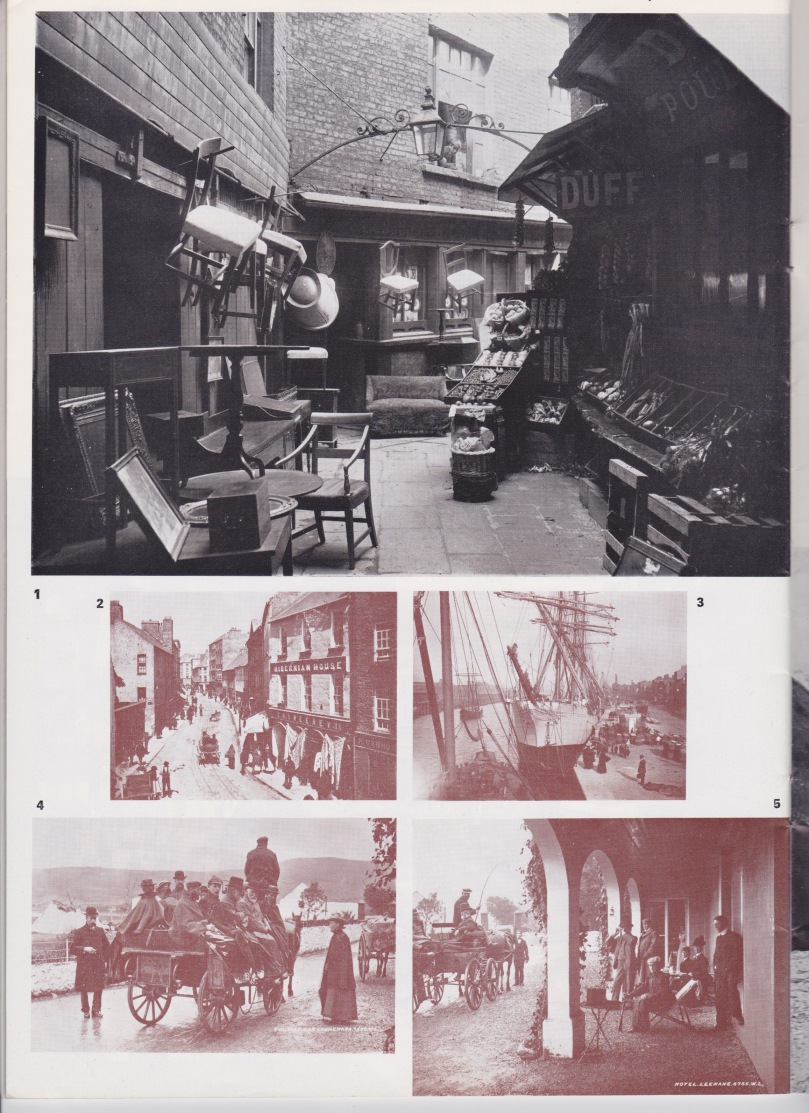 Lawrence’s studios were destroyed in the 1916 Rising, with the loss of all the human subject photographs and negatives. But French’s enormous body of work had been stored elsewhere, which is why it is still available to us. In its sharing of this priceless collection, the National Library is meticulous in crediting Robert French as the photographer – a fitting tribute to one who laboured unrecognised for so long and contributed so much to our visual history. 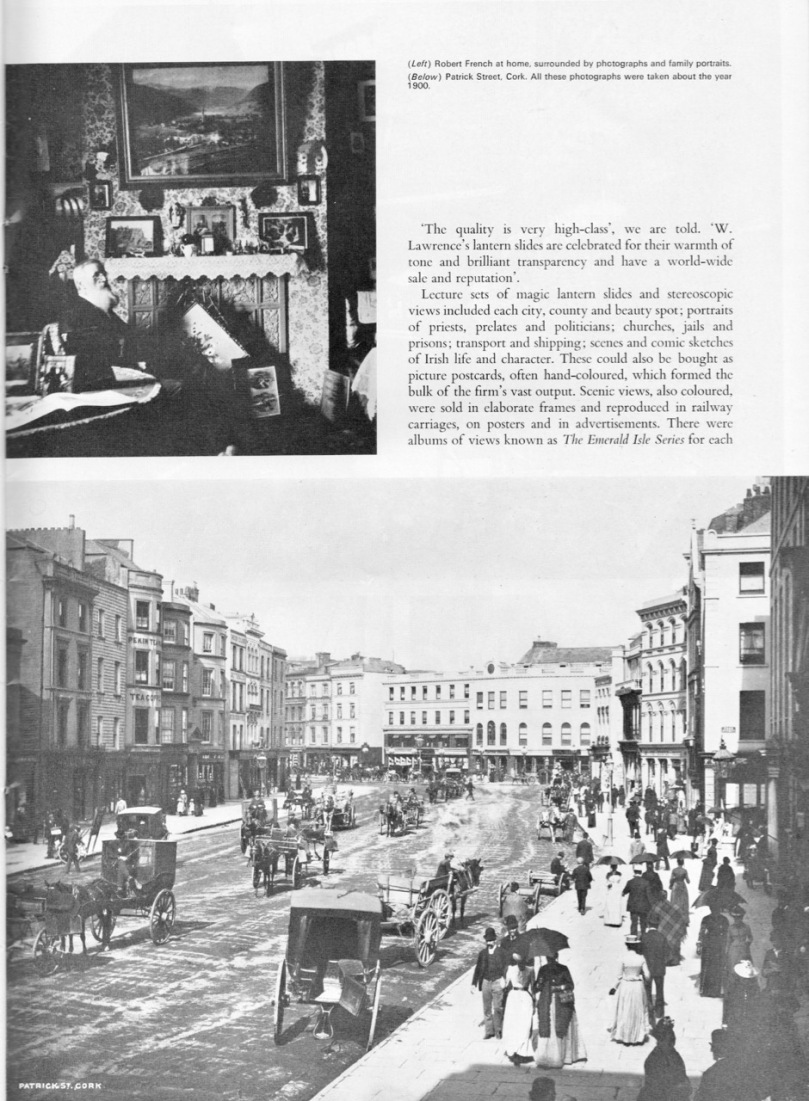 There! I set out to do a review of 1971 and I only got to January and February. At this rate, I’ll be blogging about my set of 1970s magazines well into the next decade. Brace yourselves. 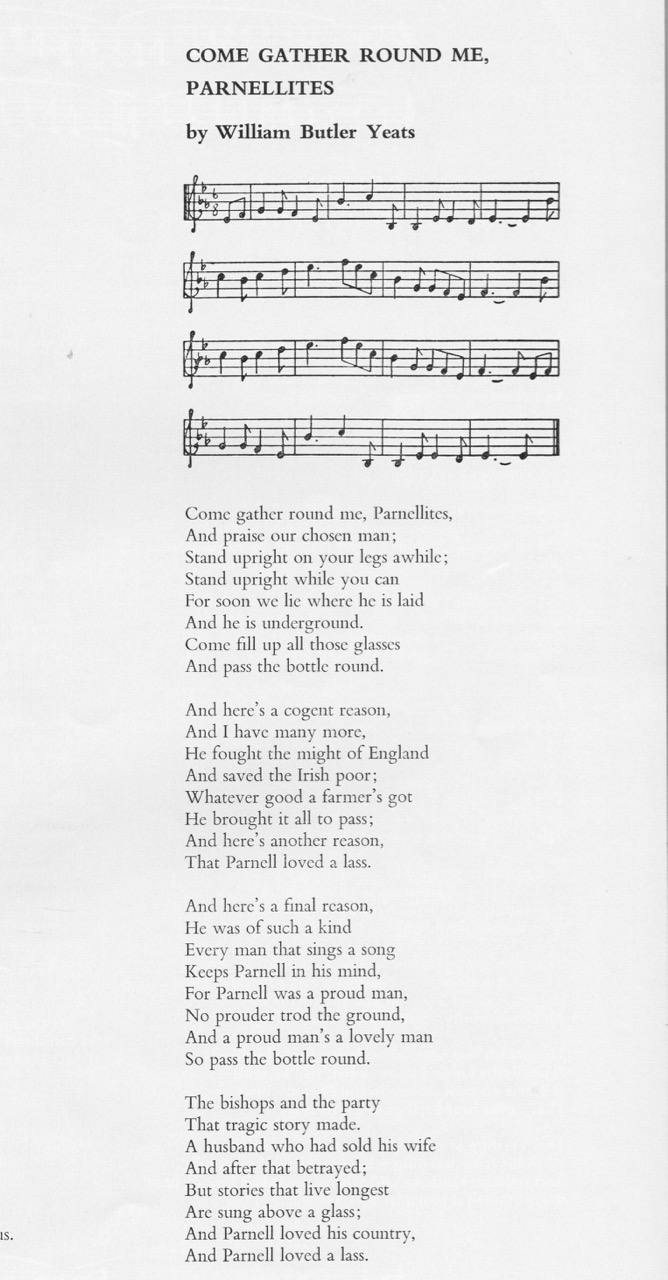