Sunset over the recumbent, Spring Equinox 2014

We don’t normally post midweek, so this is a special edition, coming to you courtesy of the spring equinox. In my post Ancient Calendars, I explained about the orientation of the stone circles of West Cork. Bohonagh, just outside Rosscarbery, is oriented east-west. On the spring equinox, if you stand behind the recumbent, you will see the sun rise between the portal stones. If you stand behind the portal stones you will see the sun set behind the recumbent.

Around here, there is no guarantee that sunrise or sunset will be visible, due to the variable weather conditions, so you have to watch the forecast carefully. This week, sunshine was forecast only for Tuesday the 18th, so that is the day these photographs were taken. Curiously, this is also the day, according to my calendar, when sunset and sunrise divide the day into two equal halves. The official equinox, however, happens today: March 20th 2014. 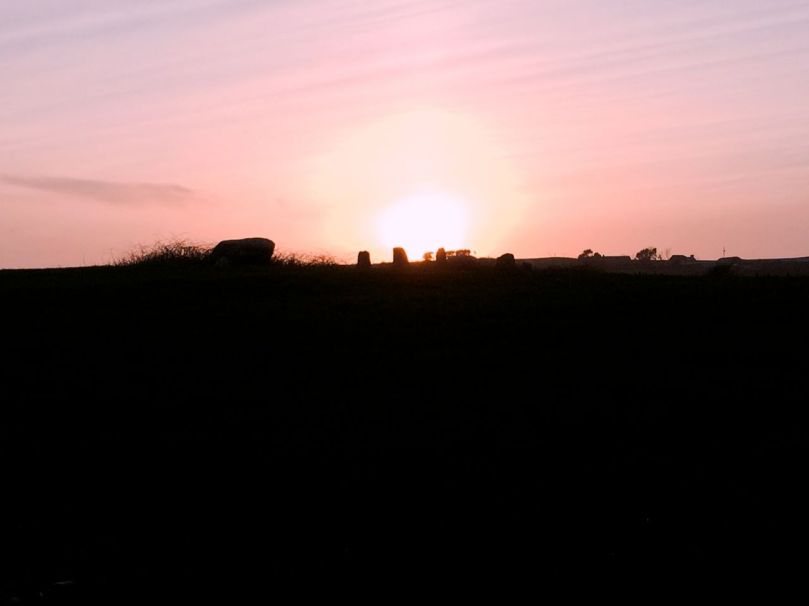 The top photograph shows the moment when the sun set across the valley, sinking down directly above the recumbent as seen from between the portal stones. The second photo is taken from further down the hill, after the sun had disappeared. Silhouetted are the stone circle, especially the tall portal stones, and to the left, the boulder burial. Finally, I have included an image showing the east-west oriention. 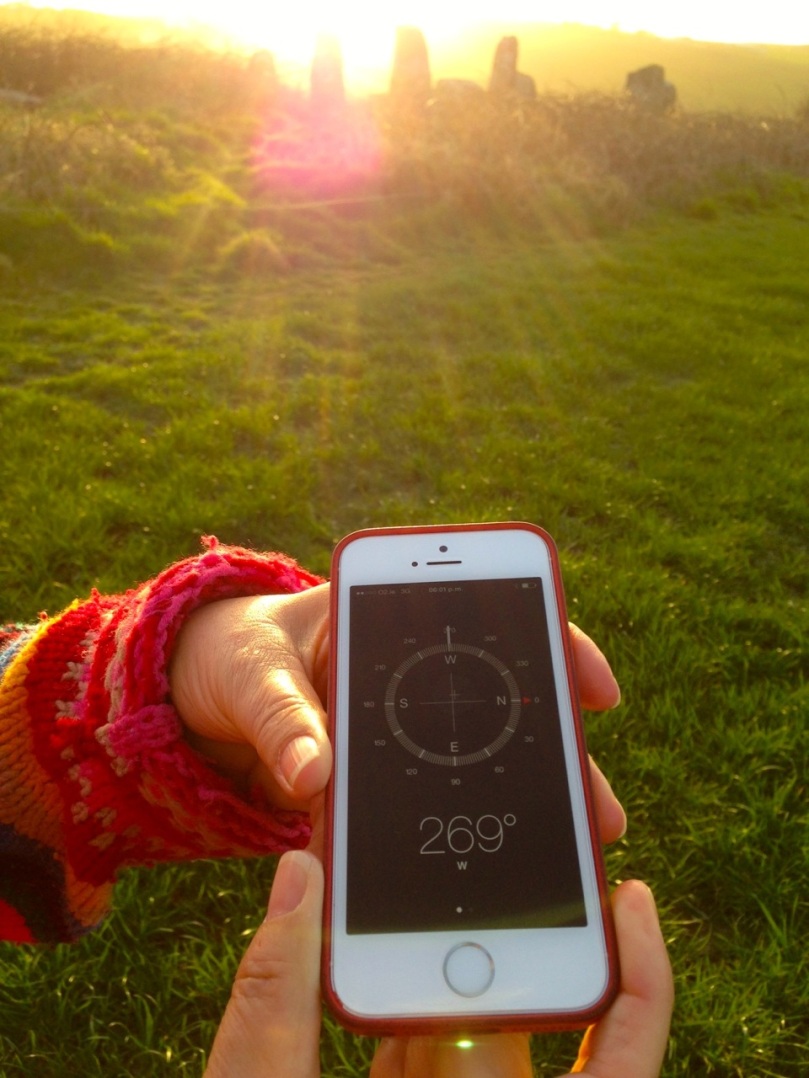 We felt very privileged to be witnessing this event, thousands of years after the builders had planned it. With us earler in the day were Amanda and Peter, and you can see Amanda’s description of the site here.