Irish people have always been great travellers and, wherever you go in the world, you can be pretty sure that someone from Ireland got there before you. That’s certainly the case here in Canada: I was pleased to find that it was Irish fishermen from County Cork who discovered the country back in 1536! Although we must not forget Saint Brendan, who had already been there in the sixth century. In both cases the early explorers landed on the east coast, today known as Newfoundland – the name says it all. Irish writer Tim Pat Coogan has described Newfoundland as “the most Irish place in the world outside of Ireland” – in terms of language, surnames, place names and traditional music. 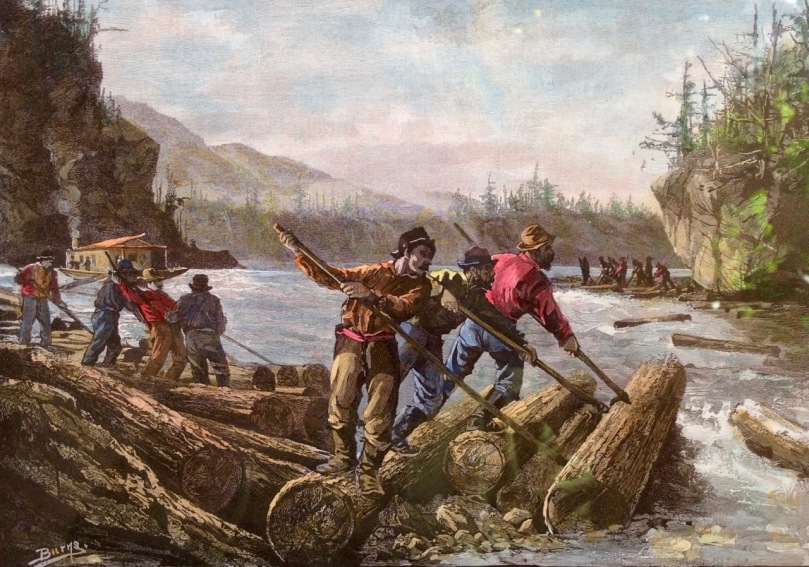 Canada – a new country built on fur and timber: ‘The Lumbermen’s Camp’ (top), and ‘The Drive’ (bottom) – thanks to Frank Runnels for letting us use these prints

Of course, what we today called Canada has been inhabited since ancient times by the First Nation peoples. Although initially there were levels of cooperation in trading furs and in intermarriage, the indigenous people have suffered from the advance of pale skinned invaders who worked their way across the continent from the east. They brought new values and new diseases which imposed on their simpler ways of life, hitherto in harmony with the unspoiled natural environment. It has taken many generations for the First Nations to gain a level of respect and tolerance – and to win back their own lands, an uphill struggle in which they are still engaged and will be for a long time. I am a great admirer of the survival of their culture, particularly their exceptional art skills and myth making. 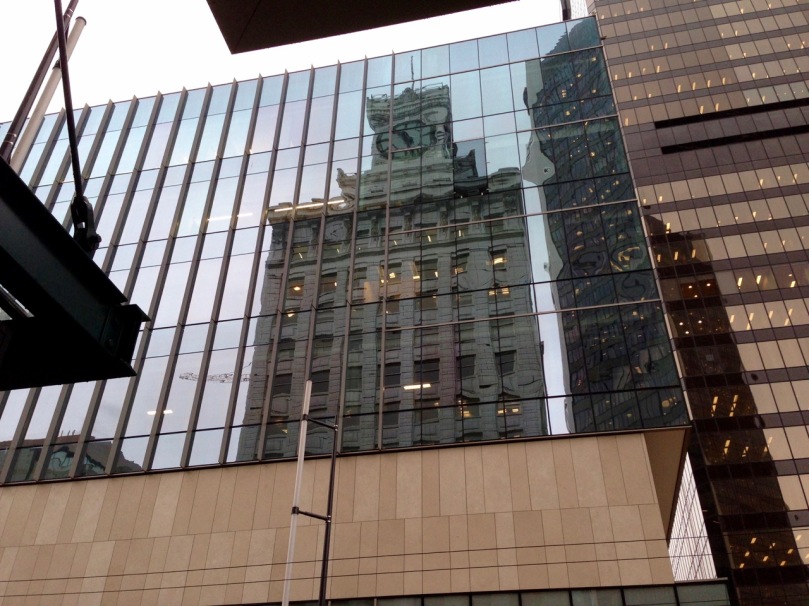 A little history of the city: Burrard inlet in 1872 (top), Cordova Street in 1887 (middle) and Downtown Vancouver in January 2016 (bottom) – the old photographs are from ‘Vancouver – A City Album’ edited by Anne Kloppenborg, Alice Niwinski and Eve Johnson, published by Douglas + McIntyre 1991

As you will see from Finola’s post, our intrepid travellers from Roaringwater Journal have been staying over on the west side of the country, centred around Vancouver, with forays to the north-east side of the Rockies – Fort St John (where the air was heavy with hoar frost and the temperature hovered around minus 18 centigrade) – and Whistler, which is a haven for winter sports. There the temperature was a mild minus 8 below, but out in the sharp wind it felt far chillier than in Fort St John. 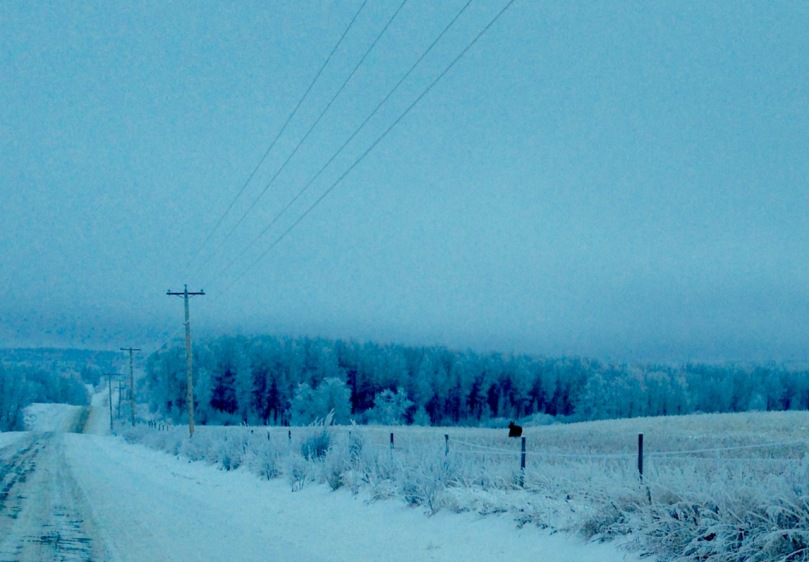 Towards the Alaska Highway: traditional home in Fort St John (top) and a northern landscape (bottom) – there’s a moose in that picture!

We have been away long enough to pine for Ireland: we can’t wait to see our own Atlantic ocean again, in spite of the news of severe storms, flooding and the promise of snow! When I’m back I will miss Canada, naturally: it will be a while before we have another adventure on the other side of the world. My reflections on that country will be coloured by my (probably romantic) imaginings of those brave early explorers who, taking their small and frail canoes through unknown waterways discovered and inhabited a very ‘New World’: even today there are huge swathes of the continent which appear so wild that, surely, no human can ever have set foot there. 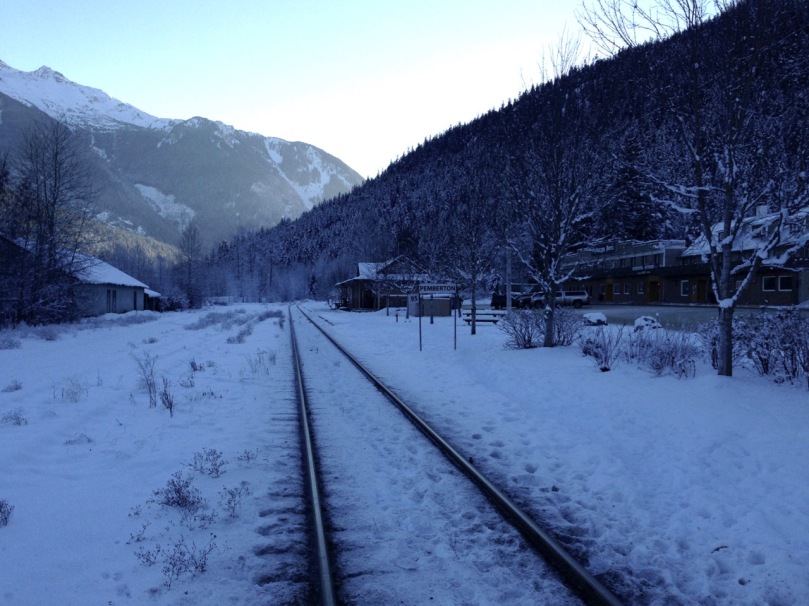