At the end of each year we like to look back at our most-read posts and do a re-cap for our readers. Last year you liked what we wrote about islands, nostalgia, festivals, and the beauty of the Mizen Peninsula.

Did you drive past the Woman in White?

Despite all the hours we put into researching topics and sourcing images, this year it was a spur-of-the-moment post done for the sheer fun of it that came the closest we’ve ever come to a viral hit. Yes – that post on the Leap Scarecrows. The little village of Leap went all out and you could just sense the enjoyment that the scarecrow-makers had dreaming up their concoctions.

We love writing about history and some of your favourites fell under this heading. Robert wrote about Michael Davitt after a visit to his museum in Mayo. His powerful message of peaceful civil resistance struck home with us both.

Finola stayed in West Cork, and wrote about the life of Agnes Mary Clerke who grew up in Skibbereen and went on to become a formidable astro-physicist and science writer.

West Cork abounds in reminders of the medieval period. Tower houses and castles stand as ruined sentinels all along the coast. But we also have a type of dwelling known as a fortified house – the largest example is Coppinger’s Court near Rosscarbery – and our post, Trading Up in Tudor Times, set out the main characteristics of these impressive mansions.

A local group has been hard at work developing a new system of trails in our vicinity and this summer it was successfully launched. The trails use existing boreens, for the most part, and are filled with unexpected delights and wonderful vistas. Robert introduced the new trail system to our readers in his post Closer Encounters – Fastnet Trails.

‘Tis far from induction hobs you were reared

We love to laugh at ourselves in Ireland, and Finola’s post You’re Grand, heavily influenced by the hilarious Tara Flynn and her book of the same name, must have raised some chuckles. Tara has a new book out now, Giving Out Yards, equally hilarious and insightful about us Irish and what makes us tick – or actually, what ticks us off.

Archaeology is one of our big topics, and this year three posts made the most-read list. Our account of the expedition we undertook with colleagues to Derrynablaha – a wild mountain valley in Kerry full of rock art – was a hit with many readers. You also enjoyed our account of our visit to the Ceide Fields in Mayo, and Finola’s musings about the humble cupmark and its place in the rock art pantheon.

We enjoyed participating in the first ever Digital Skibbereen event – a wonderfully organised set of experiences designed to showcase how Skibbereen is poised for the digital era.

In the Magic Forest

Our readers love to hear about things to do and places to go in West Cork. Robert wrote about our day in the Magic Forest, a feast for the senses and great fun for the whole family. Earlier in the year, in A Mumuration, he described our outing to Ballyvourney to take part in the ancient rituals associated with the celebration of St Gobnait.

And what about our own favourites, even if they didn’t make it to the most-read list?

The Infant of Prague – in Prague

Robert’s was his post on The Infant of Prague – he was fascinated by the little statues that are so ubiquitous in West Cork houses and was delighted to find the original in Prague and learn about its significance. Our discovery of Oldcourt, with its traditional boatyard and long history was also a highlight. 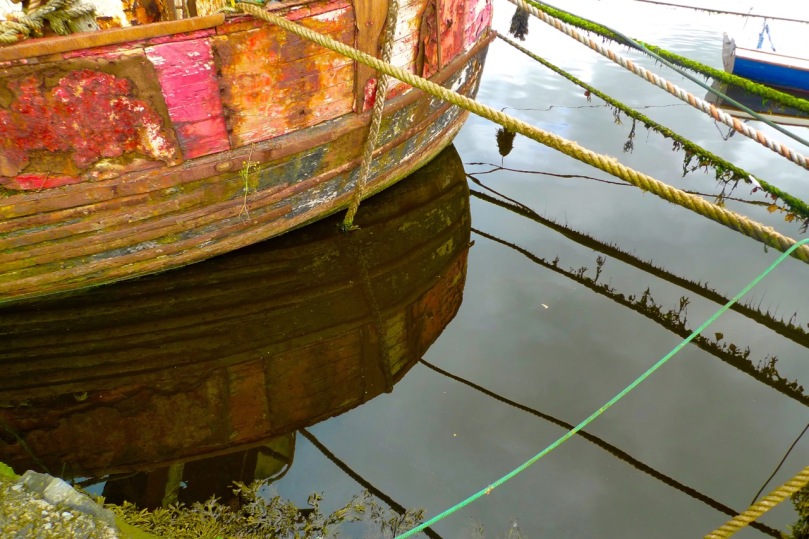 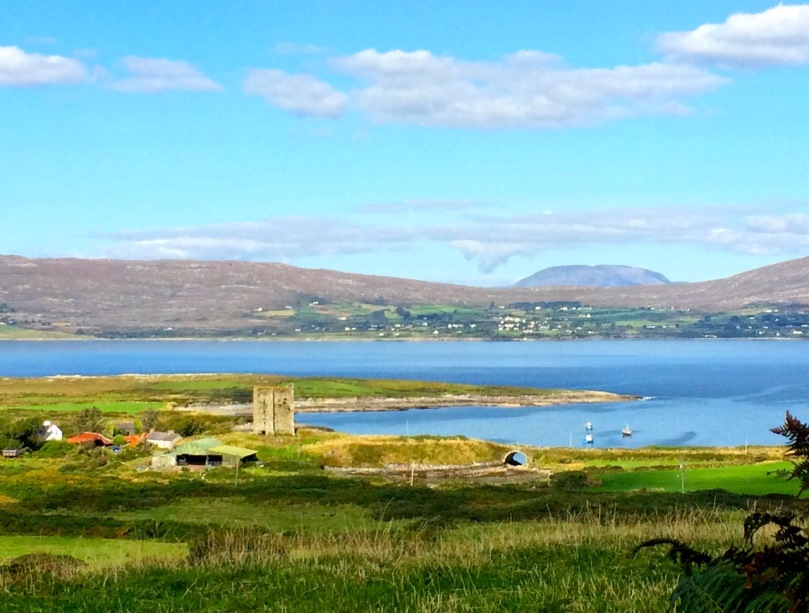 How about you, Dear Reader? Did you have a favourite this year?

And don’t forget, especially if you’re relatively new to this blog, you can check out the Navigation Page to see what topics you might like to pursue.