Occasionally we review books that we think will interest our followers. Here are two which I recommend without reservation: Victorian Dublin Revealed and The Green Divide. Both are by Michael Barry, an engineer, writer and publisher who hales from Ballydehob and now lives in Dublin: he describes himself as an author and transport consultant and has spent much of his career with Ireland’s railways. Michael recently penned an article for the Irish Times in which he set out the highs and lows of producing books here: …There is the pleasure of receiving in one’s hand, a new book, straight from the press: perfectly laid out, high quality, the illustrations perfectly printed. It is the joy of creating something worthwhile – it is almost like seeing a child just born… and, balancing that, the frustrations of a literary world where British publishing dominates: …It is a hard world out there, one may have the best book in the world, but if you don’t have contacts in the press or radio, one doesn’t get reviewed or interviewed… Having read these two books from Michael I can confirm that he is a perfectionist: his writing is faultless and authoritative but, more than that, he generates an enthusiasm for his subjects. Pick up either of these volumes and I guarantee you will be hooked. If there is a word – unputdownable – then that perfectly describes them both. I didn’t know that I was so fascinated (as I now am) by the Irish Civil War: The Green Divide makes such a good job of describing that awful part of Irish history in all its perspectives. It is eminently readable and brilliantly illustrated – there are 400 pictures which include contemporary images, documents and posters as well as the author’s own high quality photographs.

Very different, but equally compelling, the book on Victorian Dublin is, indeed, a revelation. The architect in me immediately wants to go out and see all these places – houses, halls, churches, industrial archaeology – which I never knew existed. The level of research is breathtaking. Mary Leland, in an effusive review for the Irish Examiner, puts it well: …If modern life in Ireland began in the nineteenth century, so did modern architecture. Michael Barry makes this point time and time again in a book of sometimes startling illustrations . Here are pictures to remind us of what we have been ignoring because they seem so commonplace or constant. Barry is his own photographer and has a pleasing eye for detail. He also has a nice sense of historic irony…

I am including a few extracts from both of these volumes: in their brevity they cannot do the books justice. I am hoping you will be inspired to look out for these in your local bookshops (or to ask that they get them in – as we need to keep our bookshops going…!) Michael Barry has written much more: you will find full details on his Andalus Press website – there’s a lot to explore there too!

From: The Green Divide… 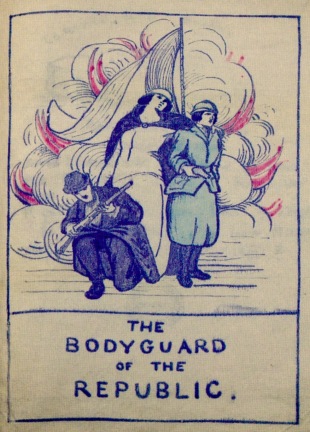 Left: two National Army soldiers billeted in a rural cottage – Barry comments ‘If they are city boys, this glimpse of how people in the countryside lived probably came as a shock’. Right: a propaganda poster by Constance Markievicz – ‘this one adopts a mystical theme, depicting male and female Republican fighters as The Bodyguard of the Republic’ 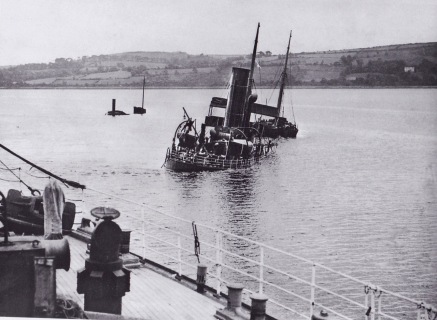 Left: Republican activity – removal of two rails – led to this derailment on 15 August 1922 along the banks of the River Slaney on the Dublin & South Eastern Railway: the locomotive of the down Night Mail ran on the sleepers for over 150 metres before turning over. Right: in Lough Mahon, Upper Cork Harbour, Republicans scuppered a dredging barge (distant) and the steamer ‘Gorilla’ to impede passage upriver. 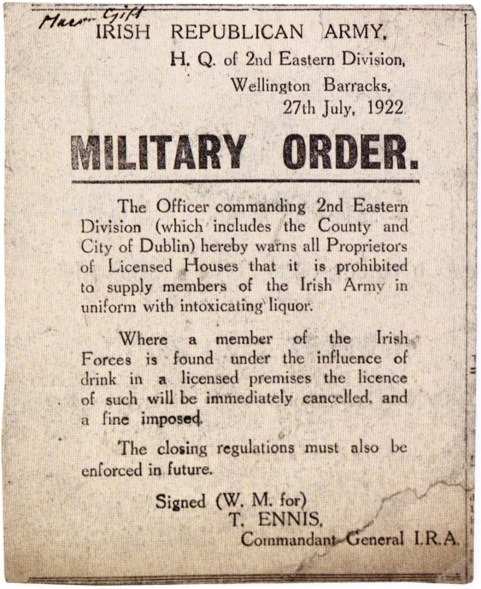 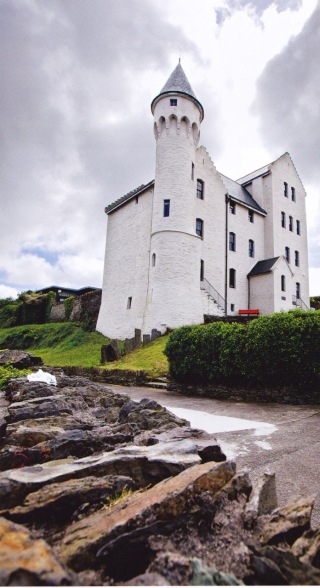 Left: In July 1922, the Irish republican Army published this newspaper advertisement warning Dublin public house proprietors that their premises could lose their licences for plying soldiers with (too much) drink! Right: the ‘schloss-style’ former RIC Barracks at Caherciveen, Co Kerry, now a museum: it was set on fire during the Republican retreat from the town in August 1922. 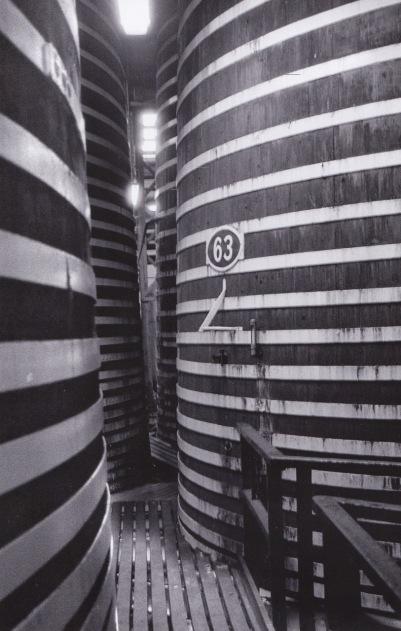 Older times. Left: the tram-yard at Dalkey. Right: oak vats in Vathouse 4 at the Guiness Brewery, 1980s; at the end of the nineteenth century it was the largest brewery in the world. ‘…They garner the succulent berries of the hop and mass and sift and bruise and brew them and they mix therewith sour juices and bring the must to the sacred fire and cease not day or night from their toil…’ – James Joyce, Ulysses.

‘A Byzantine jewel in the heart of the city’ – The University Church on St Stephen’s Green, established by John Henry (later Cardinal) Newman and designed by John Hungerford Pollen. It opened in 1856.

My personal favourite so far… the astonishing Grand Chapter Room in the Freemason’s Hall, Molesworth Street. The building, by Edward Holmes, dates from 1866. Evidently there is, within, an array of exotic rooms designed around fantastical themes. I can’t wait to get to see them! Will they let me in? 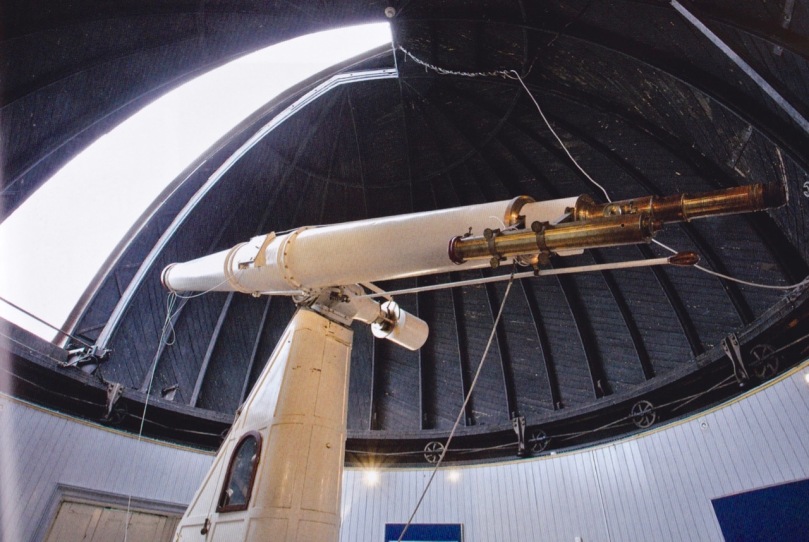 The South telescope at Dunsink Observatory, dating from 1868. Its 12 inch lens was the largest in the world when it was cast in Paris in 1829. The telescope mounting and rotating dome enclosure was provided by the Grubb Optical and Mechanical Works in Rathmines: ‘…the Grubb Works was a thriving hub of advanced optical technology during the nineteenth century. It produced astronomical telescopes which were exported all over the world…’ This telescope is still in working order.

Below: Michael Barry is gifted with an eye for detail: he spotted these three monkeys playing billiards on the elevations of Deane and Woodward’s Kildare Street Club (1859-61) – and wonders if it was a comment by the stone carvers on the rich and leisured denizens of the club?