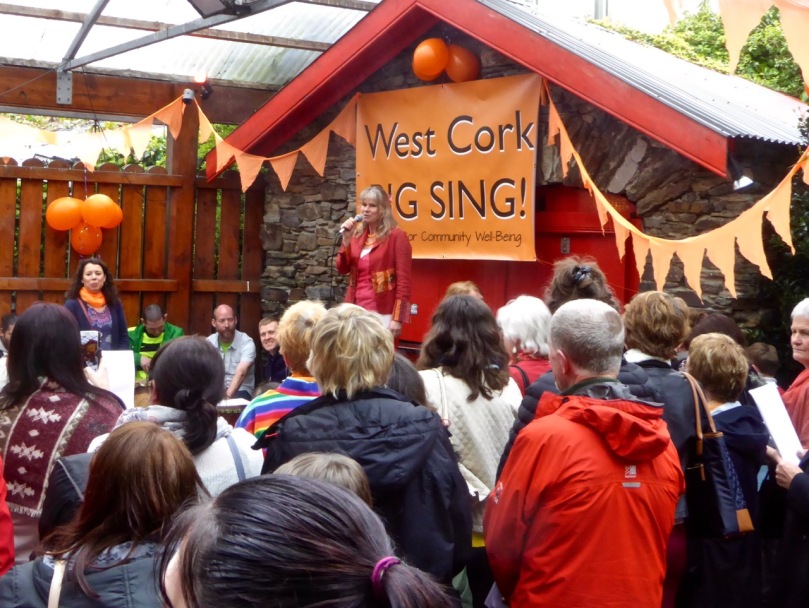 Doesn’t a Big Sing sound like the greatest thing ever?

And that’s what it is – a group singing experience that will leave you feeling lifted, restored, and – well, just plain happy. The Big Sing is the brainchild of Caz Jeffreys, the director of the choir I belong to, AcapellaBella. Caz is amazing – she has perfect pitch, she teaches us our parts without any requirement to read music (or even be a good singer), she can give us our notes on the fly if we’re wobbling, she plays several instruments and has great rhythm.

She also has a philosophy about singing and community – one that emphasises inclusivity and the joy of participating in a choir. As they say in West Cork – ah sure, you know yourself, like, you can’t come away in a bad mood from an evening’s singing. Caz directs several choirs around West Cork and last year she got the idea to bring them together for a community event she called The Big Sing. It took place in Bantry as part of the Feel Good Festival. You’ll get a good idea of how that went and see an interview with Caz by watching this video. This one, the second Big Sing, was yesterday in Clonakilty – indoors because it was too wet for the scheduled town square – and it helped to wrap up Wellness Week. 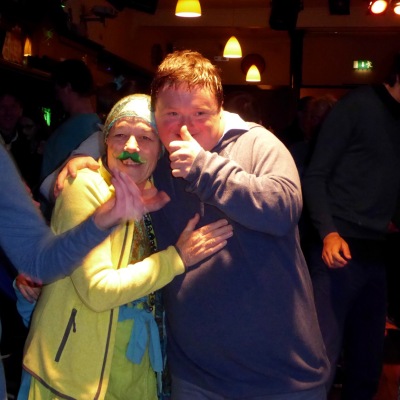 Everybody’s getting in the spirit of the Big Sing

We started with a choreographed dance from West Cork Inclusive Dance. I’ve mentioned this group before, when I wrote about the moving and excellent performance of Bridge in Ballydehob. The WCID group includes both able-bodied dancers and those with intellectual or physical disabilities.

The dance started in a circle, with the dancers stirred to life by a breeze – breeze music was supplied by The Happiness Ensemble. One by one they came alive until the whole circle started to move in unison. Uniting in a tight group, except for three dancers, they moved forward into the audience, as if intent on a single purpose. 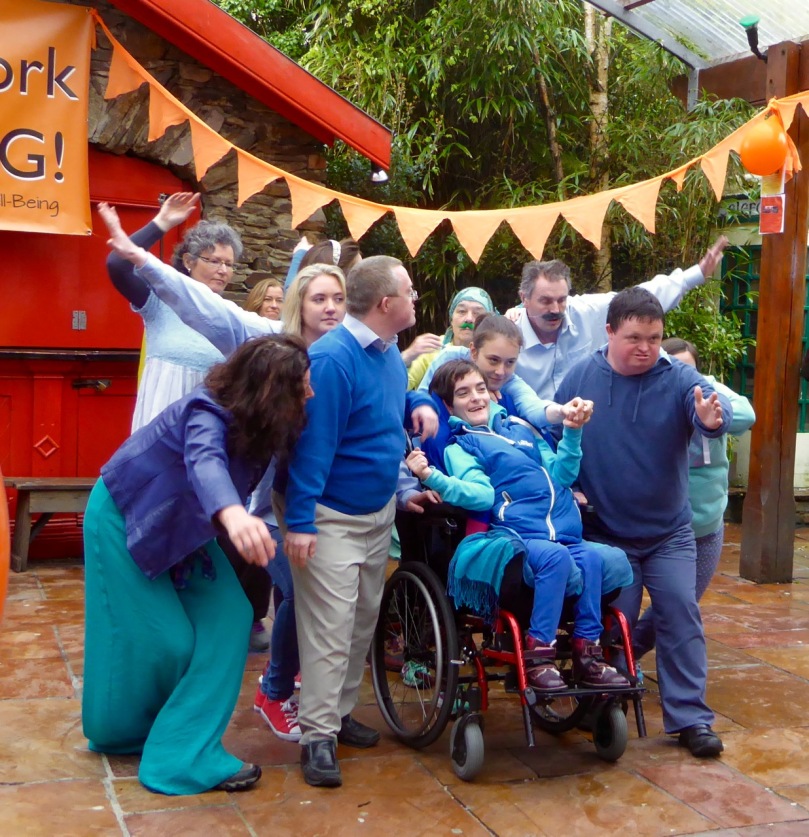 The three dancers left behind sought them out.

Finally the whole group came together, first low on the ground and then rising up to their final triumphant stance. It was beautiful and we hooted and hollered and applauded while the dancers hugged and high-fived.

For the Big Sing that followed, several of Caz’s choirs had come from various communities – Ballydehob, Kinsale and Ballincollig, as well as the choirs from Dunmanway and Castletownbere with their leader, Jane Goss (another of the Big Sing project facilitators). But it wasn’t just the choirs – the dancers joined in and the audience too, and lots of people from the local community groups that Caz worked with to support their involvement in the project. It was uplifting and energising to be in such a large group with everyone singing their heart out and Caz up front encouraging us all and giving us our cues and keeping us on key and on the beat. The music for the Big Sing was provided by a drumming group from the National Learning Network.

Caz gives us our cue, with Jane Goss leading the singing from the stage

She had chosen the music well – several of the songs related to all our struggles to stay cheerful in the face of both everyday trouble and the huge challenges that face the world. It was emotional  – lots of tears by the time we’d finished Stand By Me – but ultimately inspiring and cheering. 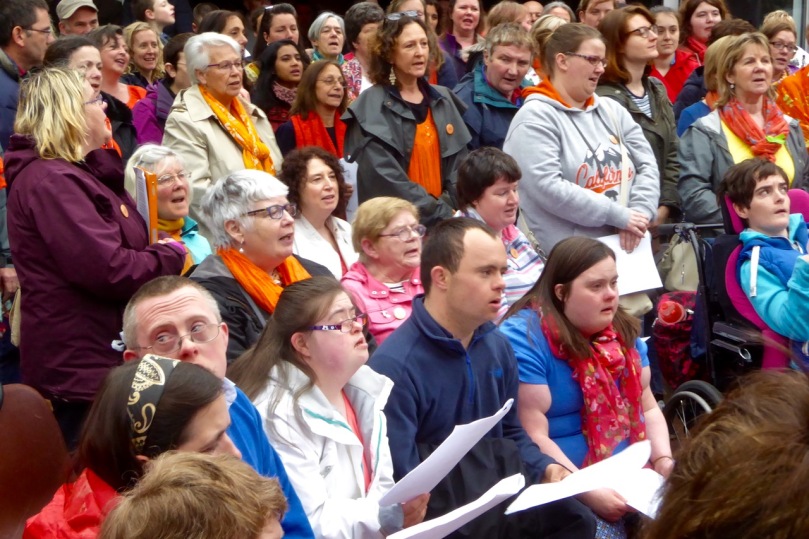 Read more about Caz and her approach to music on her website – and if you live in West Cork and love to sing, consider joining one of her choirs. There’ll be another Big Sing in October, so even if you don’t have the time for a regular commitment, you could come and learn the Big Sing songs with us before the event. Just get in touch with Caz.

After a practice, I promise you that you’ll go home in a good mood!