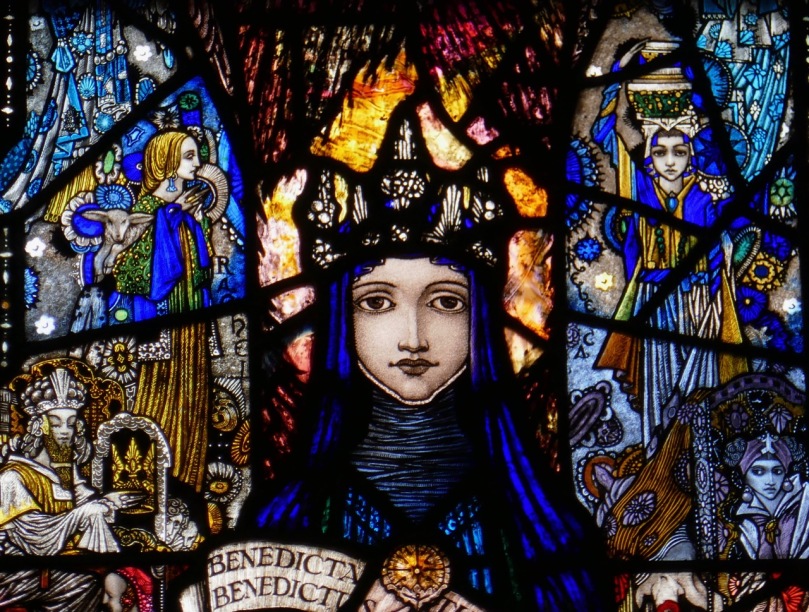 Harry Clarke’s The Coronation of the Virgin, from his Terenure windows. Nicole Gordon Bowe revealed him to the world.

The Irish art world sustained a terrible loss earlier this year with the death of Nicola Gordon Bowe, or Nikki, as she was universally known to her friends. In a very small way, I feel immensely grateful to have been counted among those friends. Although we only met once, we carried on a happy correspondence and were to have seen each other again this summer. But there are probably a thousand people like me, who have lovely memories of this wonderful woman, because Nikki had that rare gift of making each individual feel seen and heard and encouraged. 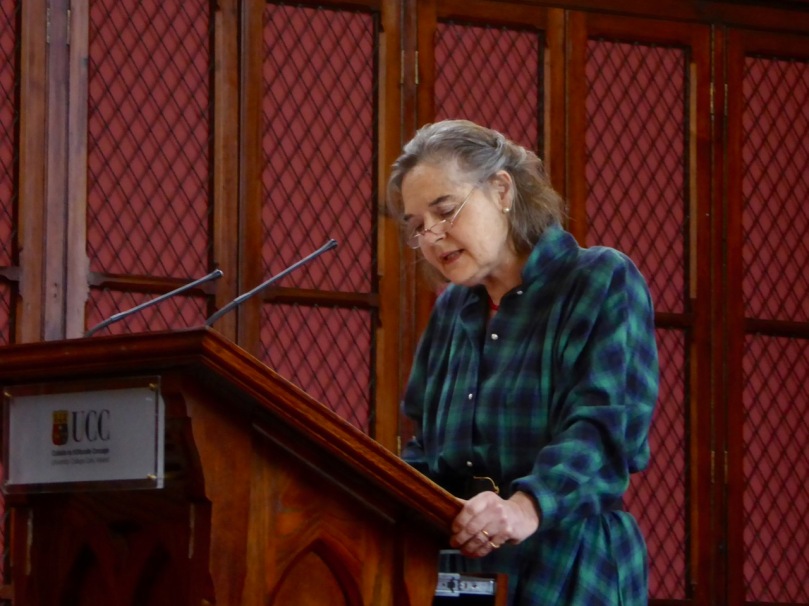 Nikki at the day-long symposium on the Honan Chapel, in Cork. Obviously in pain, she nevertheless gave a brilliant summary of Harry Clarke’s famous windows

Reading comments on various obit pages, from a generation of students, colleagues and friends, clear themes emerge of formidable scholarship, wide-ranging erudition, and passion for her subject. She was, as Alistair Rowan who spoke at her memorial service emphasised, the world expert on the Irish Arts and Crafts movement and on Irish stained glass. 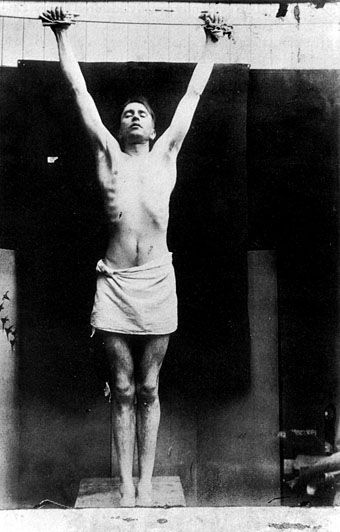 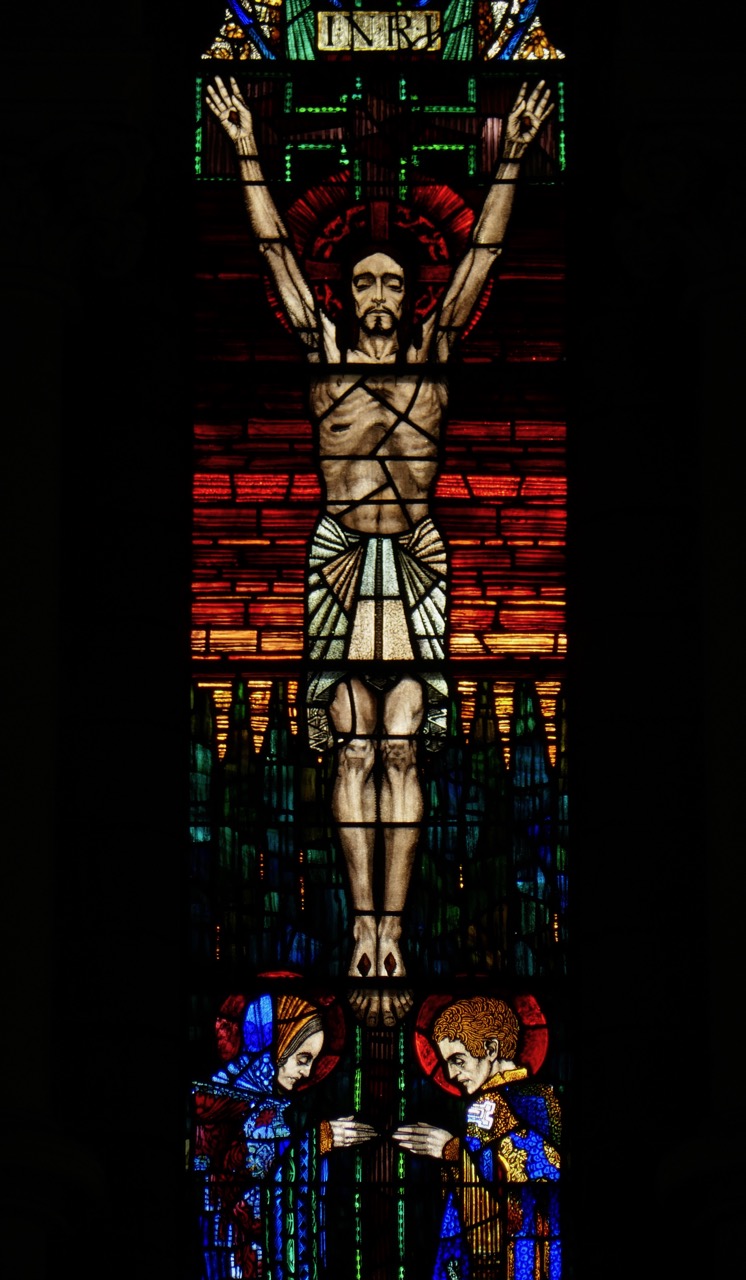 In her book, The Life and Work of Harry Clarke, Nikki traced Clarke’s influences and training. He often used himself as a model – in this instance for the crucified Christ in the Terenure windows

But the other theme was that of friendship, of a wonderful sense of humour and a ready smile, of her encouragement to junior researchers, her collaboration, nationally and internationally with other scholars in her field, and the boundless generosity with which she shared her knowledge. 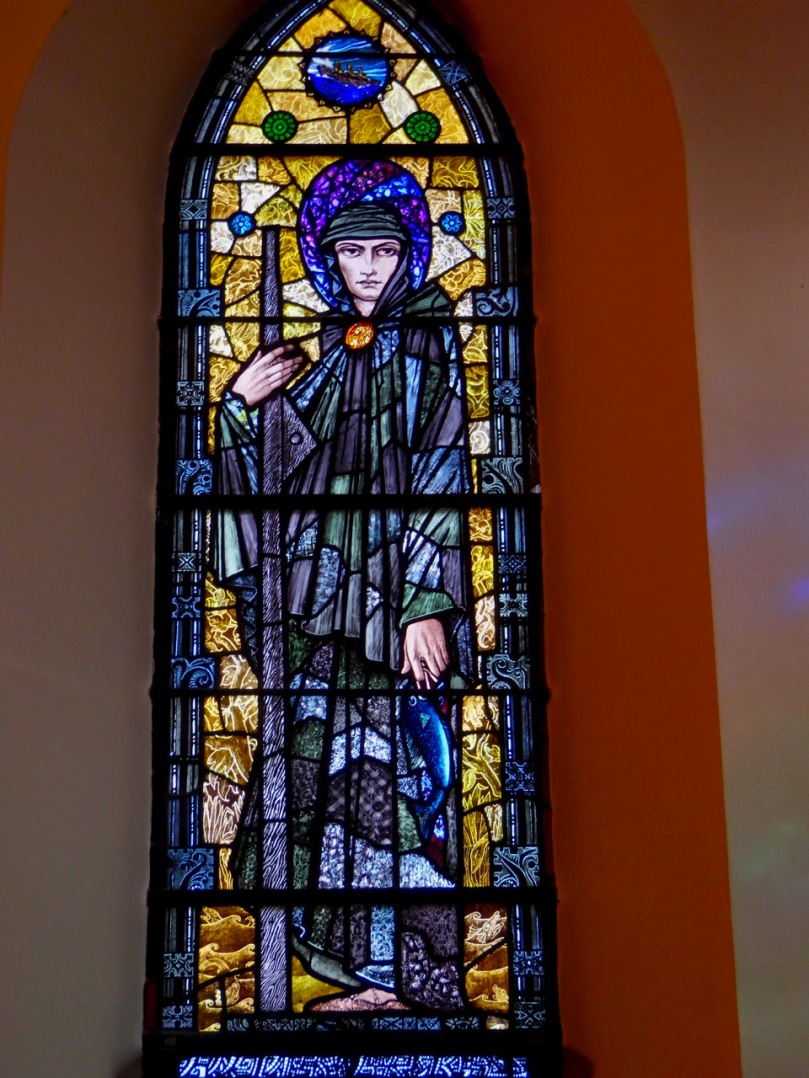 St Brendan, Nikki pointed out (as true for this window in Tullamore as for the Honan windows she was discussing) does not look like the kind of muscular saint that could navigate the Atlantic. ‘Effete’ was the word she used. 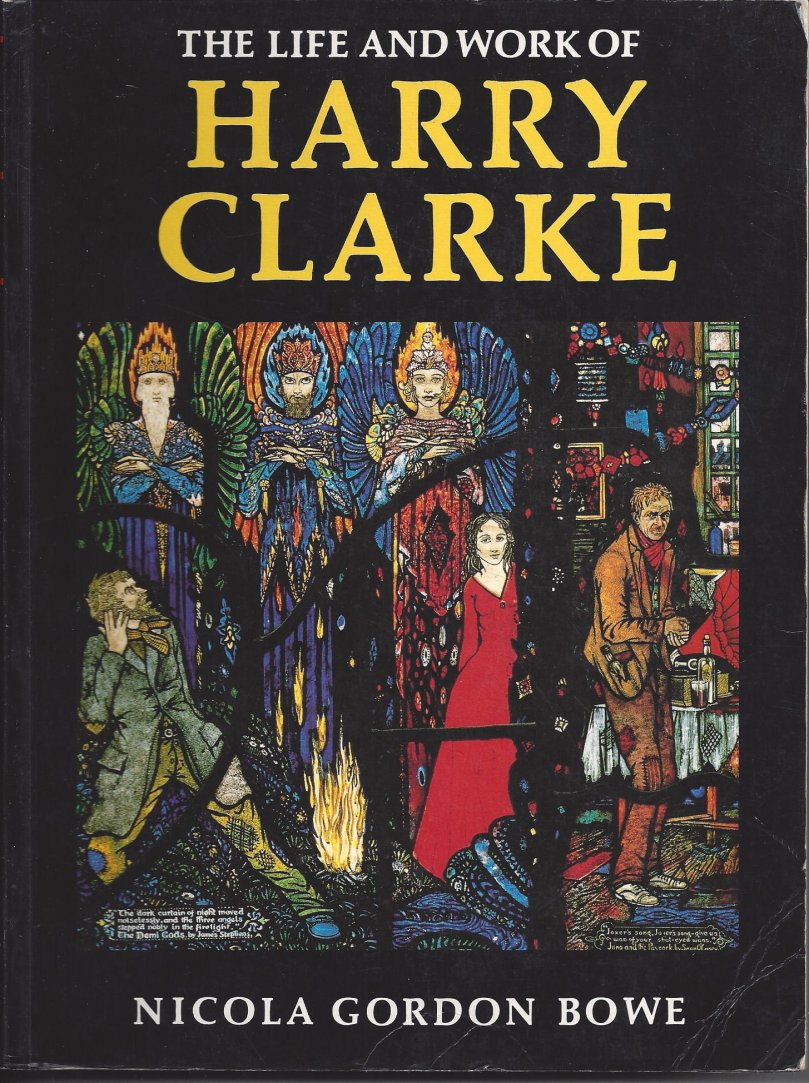 Nikki’s book on Harry Clarke has been my bible for all the posts I have written about this genius of Irish stained glass. Last year her second magnum opus was published, on the life and work of Wilhelmina Geddes. I haven’t read it yet – a future pleasure – but it was widely considered the finest Irish art book of the year, perhaps the finest book of the year. 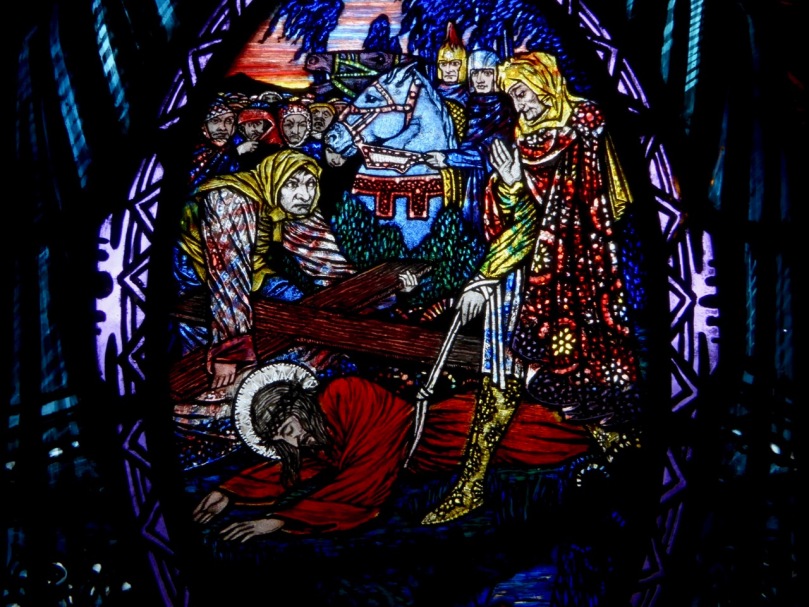 Jesus Falls for the Third Time: one of the medallions that form the Stations of the Cross in Lough Derg. Nikki’s research indicated that these were mostly executed by his apprentices during a period of illness, although  they were designed by him.

She also wrote for the Irish Arts Review, the Dublin Review of Books and contributed essays to edited collections – the busy life of an established and disciplined scholar. At the time of her death she was working on what was to be a definitive study of the Irish Arts and Crafts Movement. 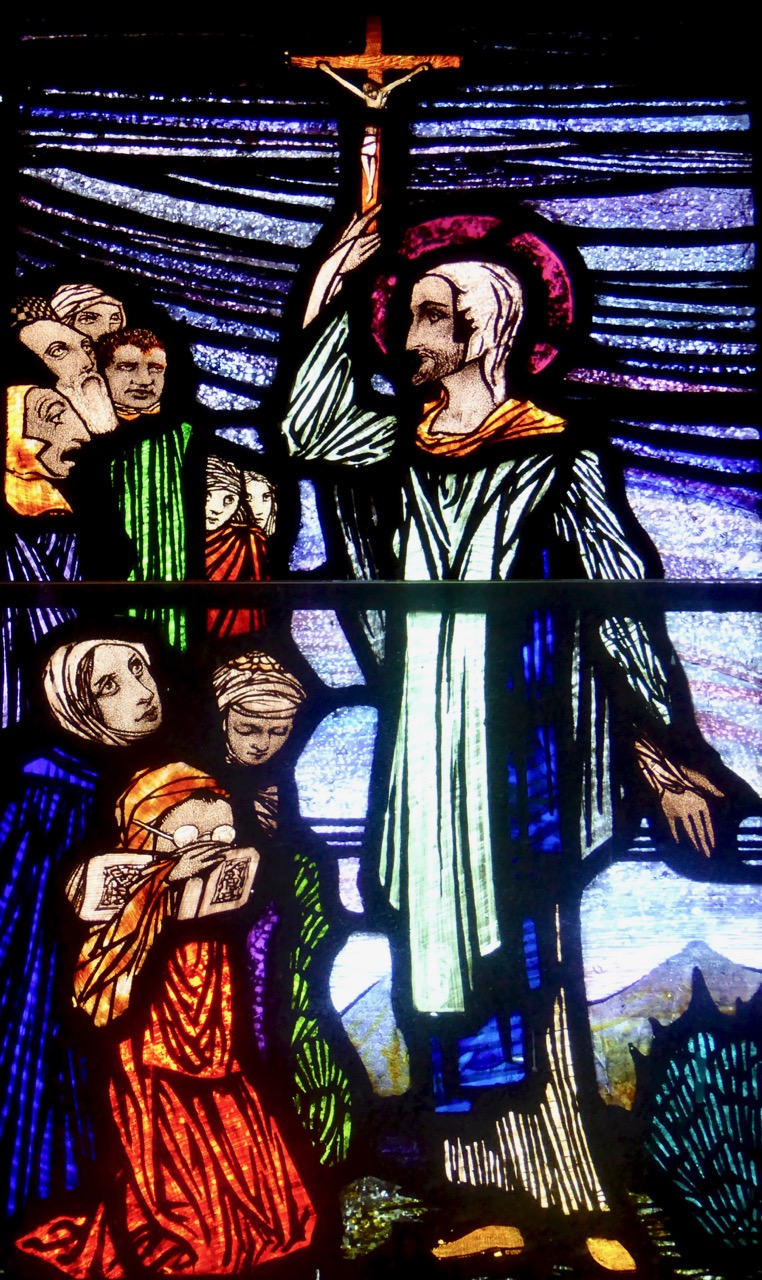 St Fechin, from the Ballinrobe windows: Harry Clarke loved to populate his scenes with a host of figures – now who is that small one with the glasses?

Nicola Gordon Bowe, more than any other person, was responsible for rescuing Irish Arts and Crafts from obscurity and establishing the reputation as artists of its major practitioners, none more so than Harry Clarke. She was impatient of those who dismissed stained glass as mere craft and who failed to see how the medium of glass both compounded the difficulty and enhanced the impact of the work of Harry Clarke and others. In the newly refurbished and finally open National Gallery of Ireland there is now a Stained Glass Room full of breathtaking pieces – it is no stretch to say that we can thank Nikki for that. 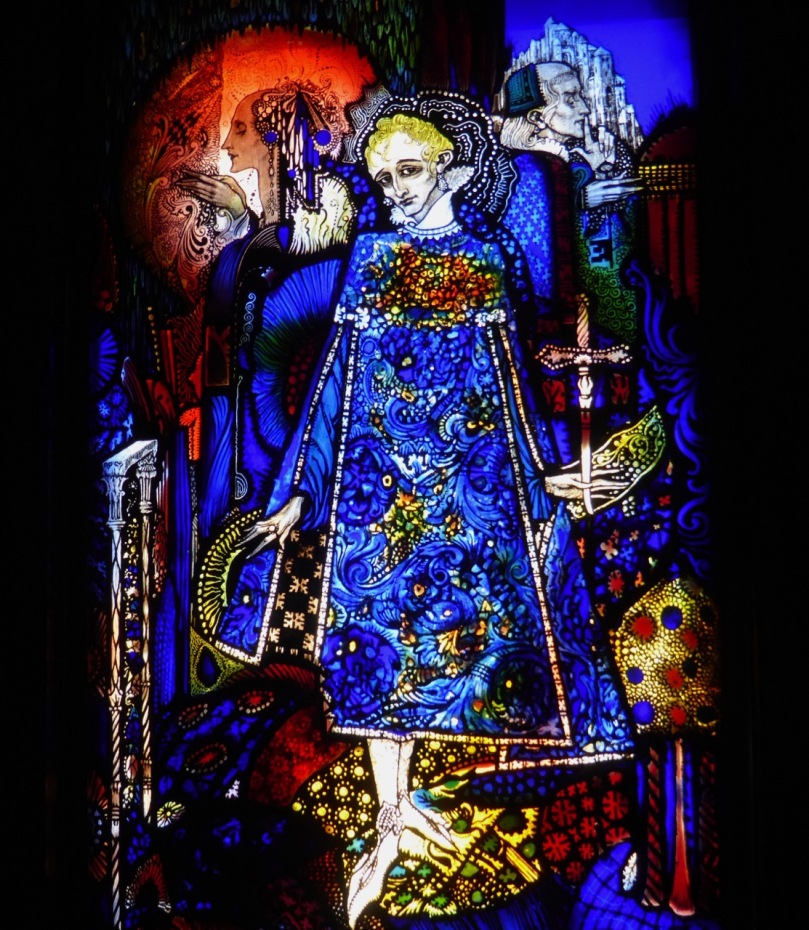 The Song of the Mad Prince, an exquisite small panel in the new National Gallery Stained Glass Room

I have chosen to illustrate this post with photographs of Harry Clarke windows and details, as a tribute to Nikki. She was his great and ardent champion and now the world knows what a true legacy of masterpieces we have been left by him. Nikki’s legacy is also secure – her works will be consulted for generations to come, and her memory kept warm by all who were privileged to know her. 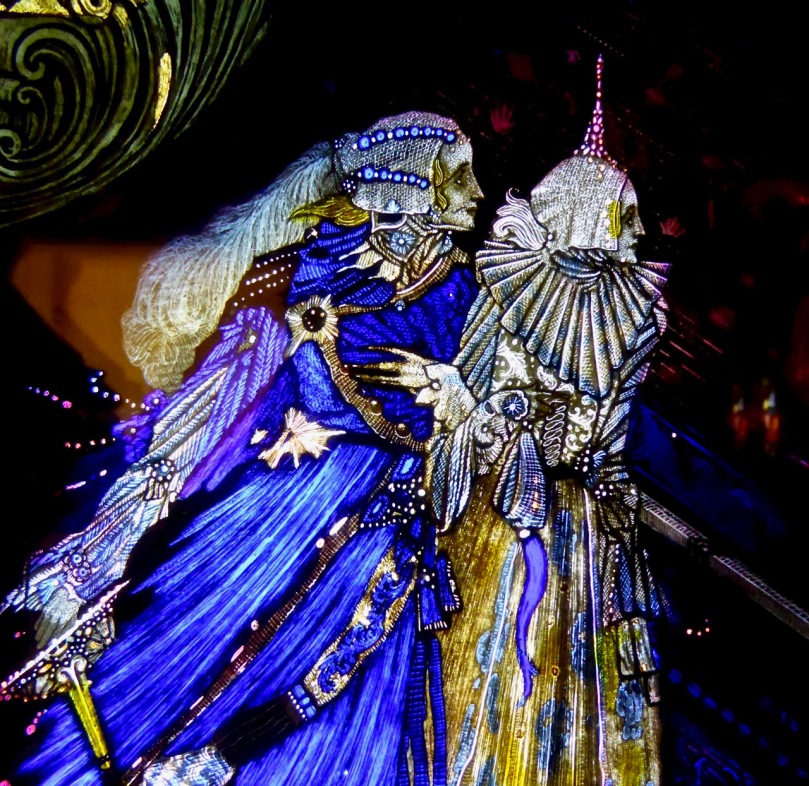 From the Eve of St Agnes, in the Dublin City (Hugh Lane) Gallery 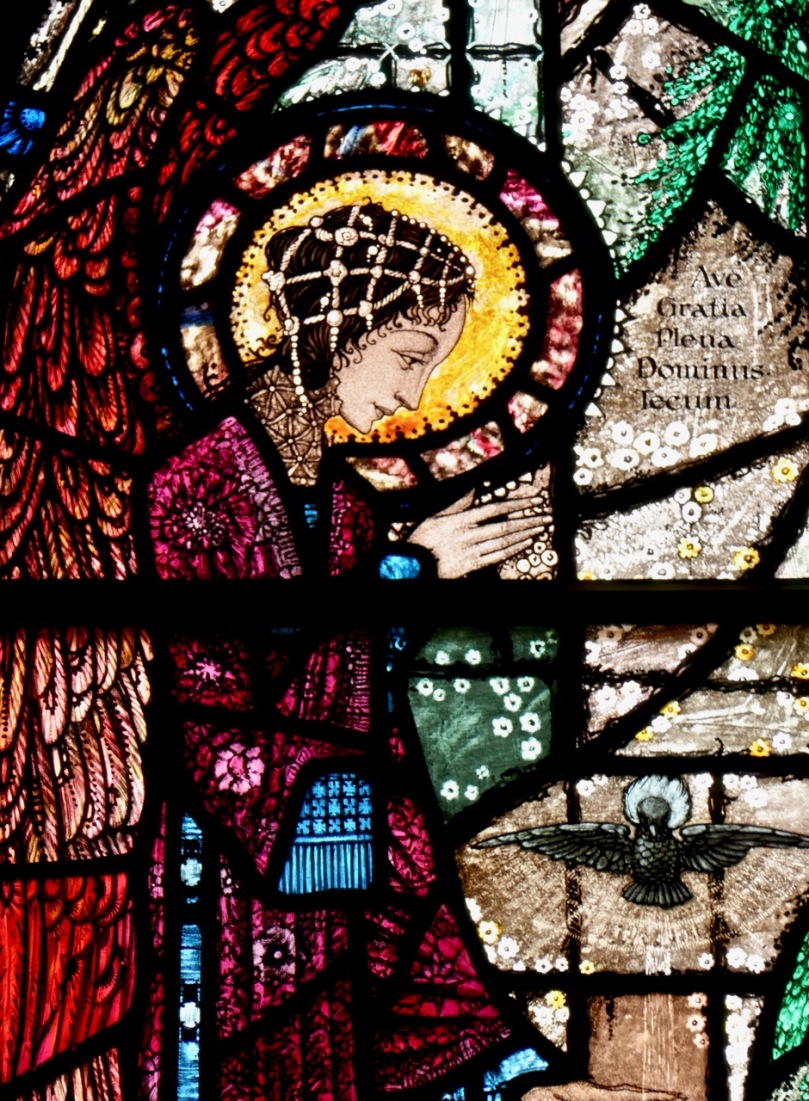