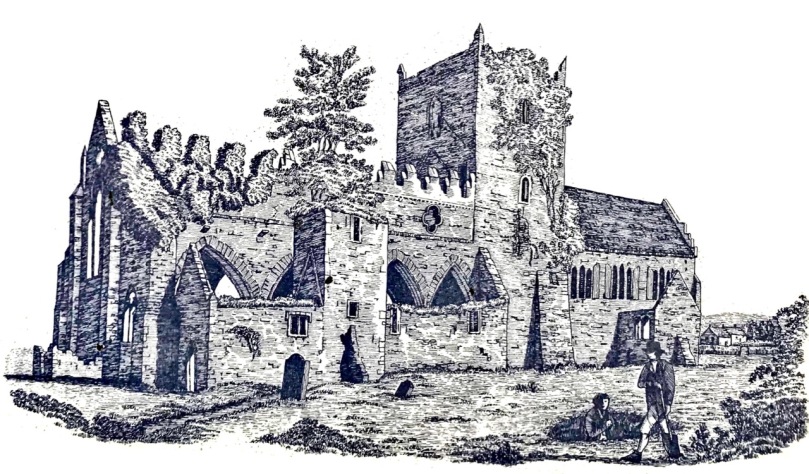 During our recent visit to Ballyfin House, County Laois, we stayed in the ‘Butler Room’. This is named after James Butler, 12th Earl and 1st Duke of Ormond (1610 – 88) who stared out at us rather severely from his portrait hanging over the chimneypiece. This Butler was Lord Lieutenant of Ireland three times, and was famous for having led the Irish royalists during the civil war. But James was only one piece in the huge jigsaw of the Butler dynasty which first came to Ireland during the 12th century Norman invasion. 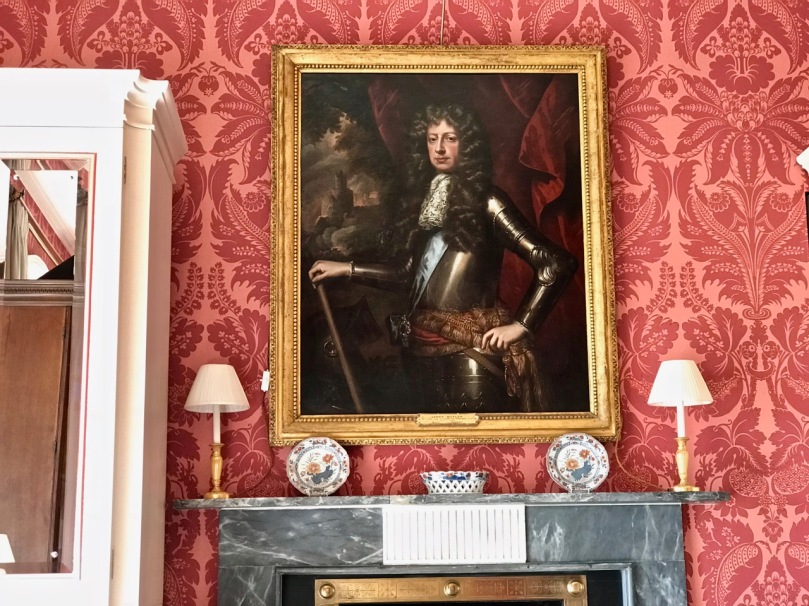 James Butler, 1st Duke of Ormond, painted by William Wissing. The painting hangs in the Butler Room at Ballyfin

The name Butler was descriptive: in 1185,  Prince John – Lord of Ireland – landed at Waterford and around this time granted the hereditary office of Butler (or ‘Botteler’) of Ireland to Theobald Walter, whereby he and his successors were ‘ . . . to attend the Kings of England at their coronation, and on that day present them with their first cup of wine . . . ‘ Later, King Henry II of England granted him the ‘prisage of wines’, to enable him, and his heirs, ‘ . . . the better to support the dignity of that office . . . ‘ By this grant, he had the right to take two tuns (barrels) of wine out of every ship which discharged cargo in any trading port of Ireland, and was loaded with more than 20 tons of wine, or one barrel from a cargo of between 9 and 20 tons. Incidentally, the tradition of stocking and serving fine wines is being continued at Ballyfin, where we were shown around a magnificent purpose-built wine cellar!

The church at Gowran, Co Kilkenny, which has many links with the Butler family. Header picture – a drawing of the church

The medieval Butlers held lands in the Kingdom of Ireland encompassing large swathes of the modern counties of Tipperary, Kilkenny and Carlow. This week we encountered some of the early members of this family at Gowran in County Kilkenny, where Edmund Butler had founded a college of four priests in 1312 to pray for himself and his descendants in perpetuity.

The former Church of Ireland building in Gowran has been taken over by the Office of Public Works and now displays a spectacular collection of historic artefacts, many of which are related to the Butler family. We found it hard to tear ourselves away from the various carved stones which go all the way back to the fourth century (an Ogham stone with an added early Christian cross, below left), and include the effigy tombs of James le Butler (1304 – 1338), Chief Butler of Ireland and 1st Earl of Ormond, and Eleanor de Bohun (1310 – 1363), Countess of Ormond and grand-daughter of Edward I of England. These (drawing by Duchas, below right) are magnificent, beautifully carved with clear facial features and details of clothing and footwear. They are both standing on serpents – according to Matthew (Ch 10, v 16) the serpent is a symbol of wisdom:

. . . Behold, I send you forth as sheep in the midst of wolves: be ye therefore wise as serpents, and harmless as doves . . .

It is recorded that James le Butler died at Gowran, so it is reasonable to assume that these large slabs marked the graves of James and Eleanor, although we don’t know where the tombs were originally located. The following photograph (courtesy Trinity College, Dublin) was taken in the mid 20th century by Edwin C Rae who was Professor of the History of Art at the University of Illinois. His Harvard PhD dissertation was on The Architecture of Medieval Ireland.

We are fortunate that all the monuments, plaques and tombs have been recorded in detail by local historians and are now in the guardianship of the State. There are also two wonderful windows in this church, one of which Finola is describing today. These little snippets were inspired by our unplanned visit, and we will be returning to Gowran in future posts.  We really appreciated the tour and all the information which we were given by Lisa and Gerard of the OPW who were on duty on the day we called in. The roofed part of the church – which contains the effigy tombs, the ogham stone and many fine cross slabs – is open from mid May to the end of August from Wednesdays to Sundays. Telephone before visiting to be sure: +353 56 772 6894.