A recent post – Fish Palaces and How They Worked – discussed the history of the fishing industry in the south west of Ireland, and focussed on our own Roaringwater Bay. There’s an ‘extra’ story following on from that – well worth the telling, but frustratingly incomplete.

The header picture (courtesy of the National Maritime Museum, Greenwich) shows a ‘dandy-rigged nobby’, a traditional fishing vessel built on the Isle of Man during the second half of the nineteenth century. The photograph above shows such a boat, also from the Isle of Man. ‘Nobbies’ like these came to form the basis of a fishing fleet centred on Cape Clear and Baltimore, provided by the benefice of ‘the wealthiest lady in Victorian Britain’ – Baroness Angela Burdett-Coutts (1814 – 1906). Here she is, below. 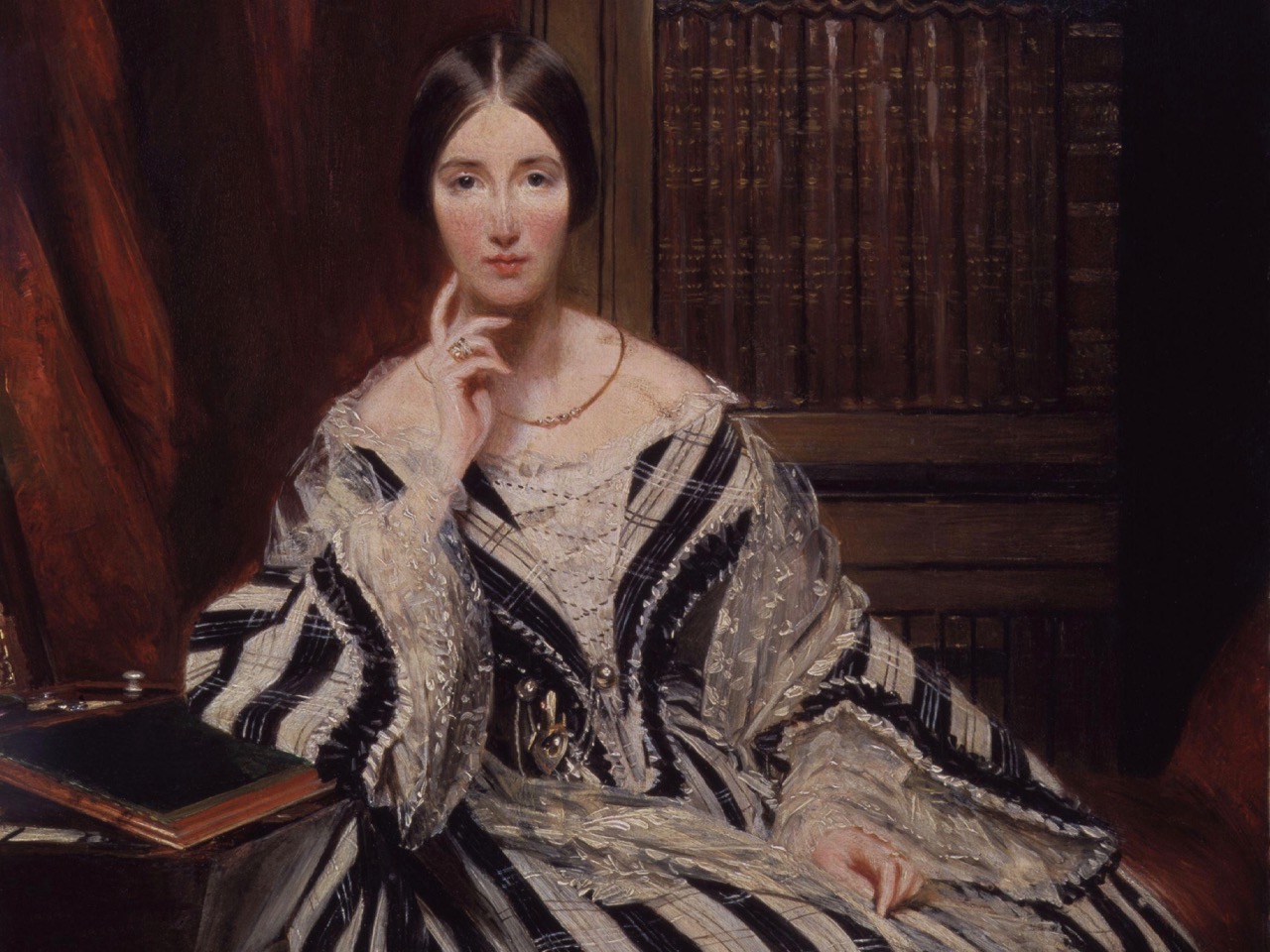 Angela Burdett-Coutts was just twenty-three when in 1837 she gained an inheritance of around three million pounds (roughly one hundred and thirty million pounds in today’s money) from her Grandfather, which she immediately directed to good causes. According to the Dictionary of National Biography:

In 1862 Father Davis, the parish priest of Rathmore, co. Cork (now Baltimore), appealed to her for aid on behalf of the people of the south-west of Ireland, especially in the district of Skibbereen, Crookhaven, and the Islands of Cape Clear, Sherkin, Hare, and the Calves, which had never recovered from the sufferings of the famine years 1848 and 1849 . . . Her chief work was to revive and extend the fishing industry of the south-west coast. She advanced large sums of money, on a well-devised scheme of repayment out of profits, to provide the fishermen of Baltimore and the Islands with the best fishing-boats that could be built, and fitted them with modern and suitable gear. In the course of five years the new fishing fleet of Baltimore was valued at 50,000 pounds . Much of the capital was in due course repaid; and Father Davis used all his influence to keep his parishioners scrupulously to their engagements. In 1884 she paid her first visit to the district and was everywhere welcomed with enthusiasm. With the assistance of Sir Thomas Brady she soon afterwards helped to inaugurate a fishery training school for 400 boys at Baltimore. The school was opened by her on 16 Aug 1887, when she was received with bonfires on the wild hill-sides, and flags flew from every cottage down the coast from Queenstown to Baltimore.

Fish processing on the quay in Cape Clear, nineteenth century

By 1900 fishing in West Cork was in its heyday, with an annual turnover of £100,000. Between 1880 and 1926 Baltimore was the largest fishing port in Ireland and 78 fishing vessels were registered locally. By 1907, after the North Pier had been built, the fleet was so numerous that you could, it was said, walk to Sherkin across the decks of the boats! 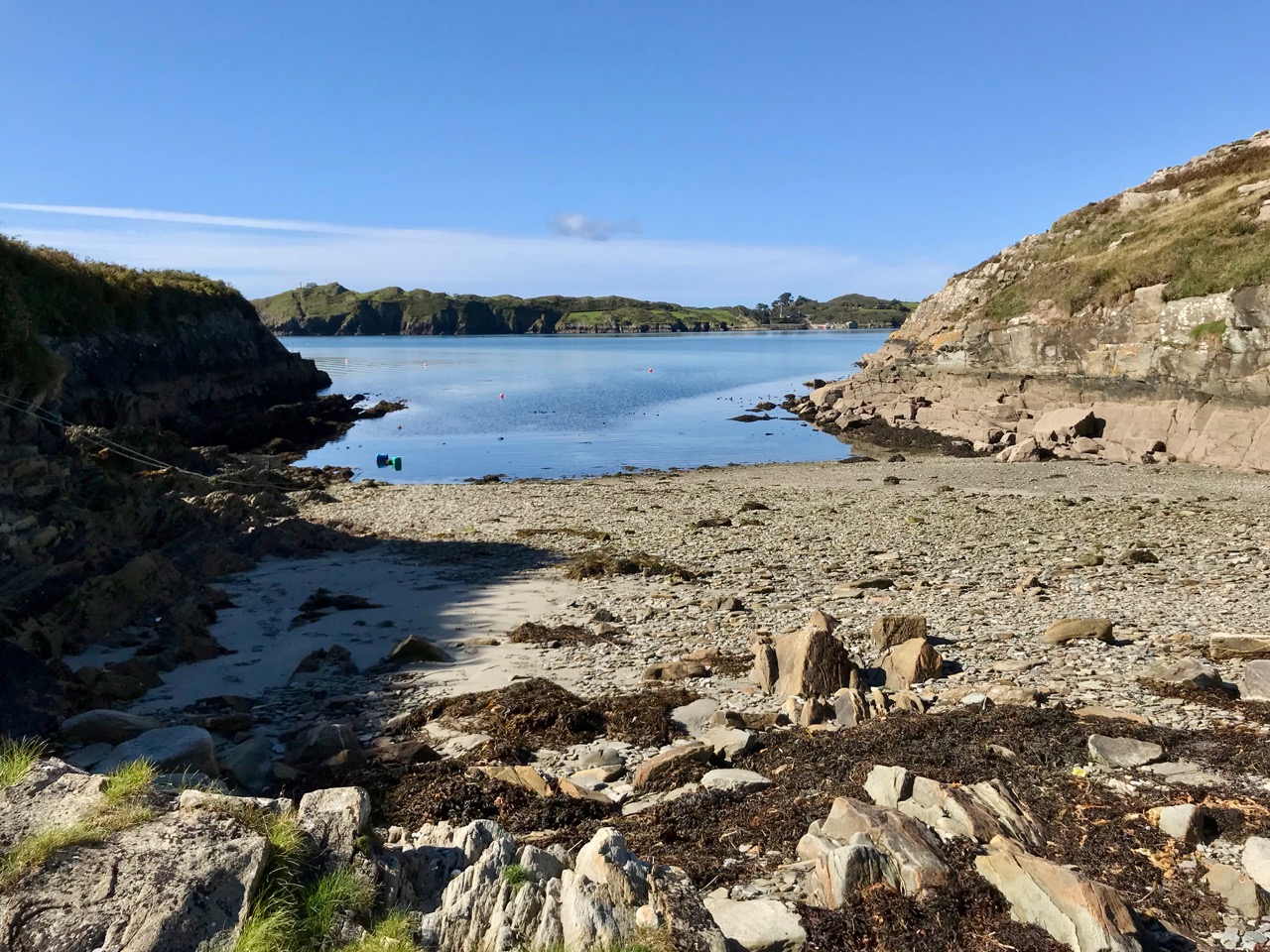 Looking across to Sherkin Island from the Cove, Baltimore, today

A further version of the story appeared in Ireland’s Own Magazine, in September 2018, narrated by Eugene Daly:

My father, Mícheál Ó Dálaigh, was born on Cape Clear in 1910, the eldest of four children. When his father Eugene died in 1920, he quickly had to take over the part of breadwinner and at a young age became a fisherman . . . The people of Clear, often known as Capers, had for many generations always been fishermen. On Cape Clear one is aware of the all-embracing sea. In the 1880s, through the work of Father Charles Davis, a £10,000 loan was granted by the English philanthropist, Baroness Angela Burdett-Coutts. With those loans they bought ‘dandies’, 50 to 60 ft long made in the Isle and Man and later in Baltimore Fishery School. By 1920 there were up to forty of these boats fishing out of Trá Chiaráin, the island harbour. Some of the musical names for these boats include Sarah Gale, Guiding Star, Carbery Queen, Jasmine of Downings etc . . .

What is of interest to us is that – according to local tradition – there is the remains of one of the ‘nobbies’ or ‘dandies’ in Rossbrin Cove, just below where we live in Nead an Iolair. You’ll have to look at low tide: you can just make out the scuttled boat in the picture above, on the right in the middle distance. In the view below the wreckage is clear.

It was our near neighbour, Michael John, who told us that this was one of the Burdett-Coutts boats, and that it was named ‘Flying Foam’. He also remembered hearing a poem or recitation about the boat and its fate at some time in the past but – in spite of many enquiries locally – I can as yet glean no further information. Frustratingly, this is where the story is left hanging in the air . . . Perhaps a reader of this journal might have the memory and can enlighten us? We would love to find the poem! 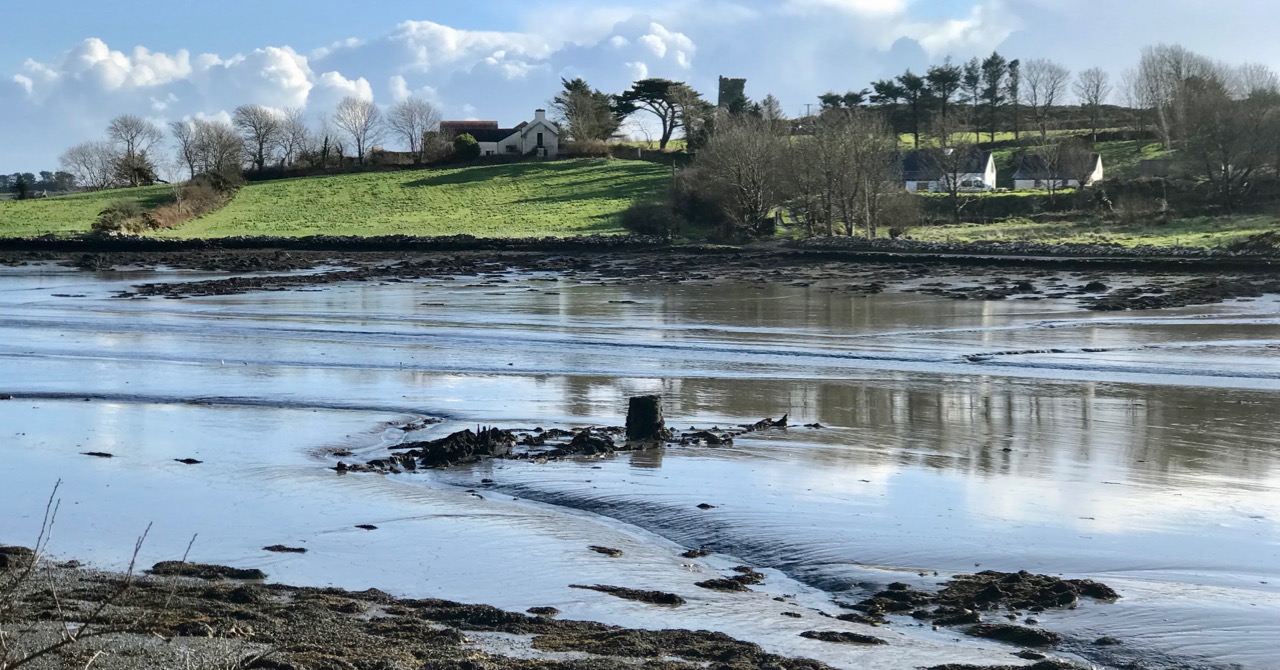