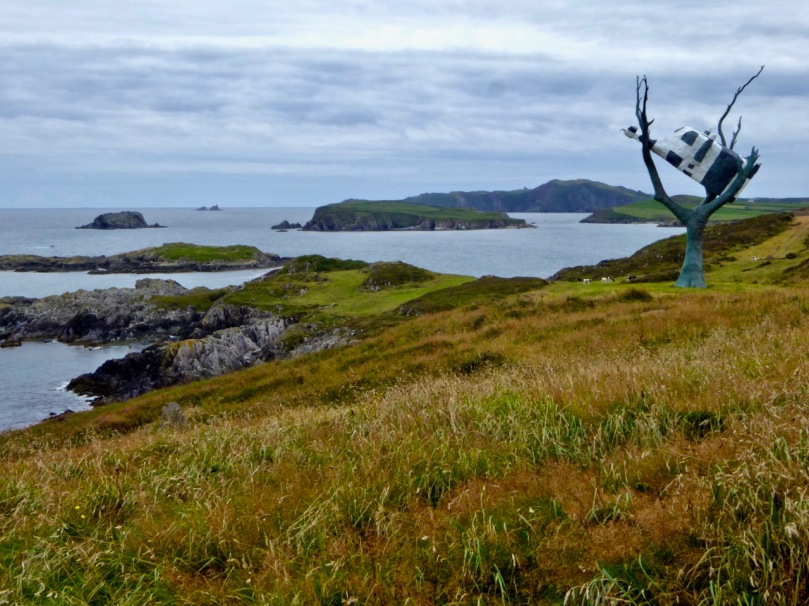 Perhaps I should say where they collide! West Cork has both, in abundance, and we’ve just lived through one of those once-in-a-lifetime conjunctions of  the artistic and the historical that leave you stimulated, thoughtful and reeling all at once. 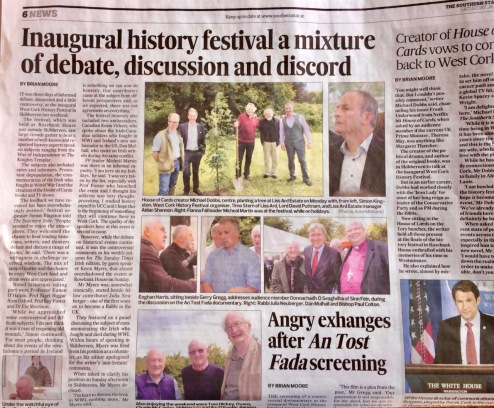 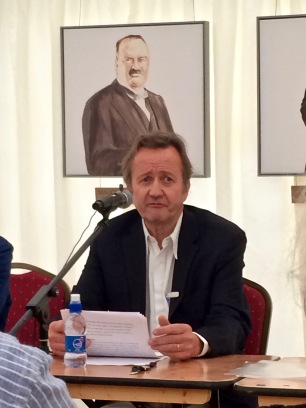 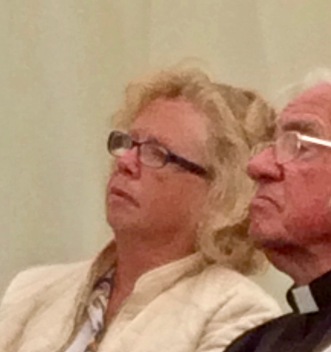 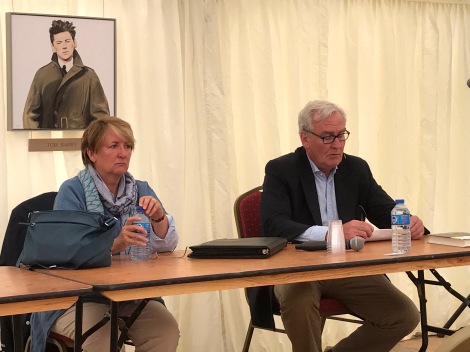 Clockwise from top left: Coverage of the Festival in the Southern Star – the headline says it all; Roy Foster delivered an acclaimed opening address; Finola introduces Kevin Vickers, Canada’s Ambassador to Ireland; Canon Salter and his daughter Brigid at the screening of An Tost Fada, perhaps the most controversial (and certainly one of the most interesting) moments of the Festival

First of all, as our readers must be tired of hearing by now, we participated in the brand new West Cork History Festival. It was a great success, with well over 400 people enjoying a huge variety of talks, films, and panels, augmented with lashings of food and drink. It was so well planned, in fact, that the rain showers obliged by only appearing during the talks, and clearing off when it was time to be outside mixing and mingling and moving between marquees. The Festival wasn’t short on controversy. Sparks flew at several sessions, mainly between speakers and audience members, proving, if we didn’t already know it, that history is very much alive in West Cork. Depressingly, it also signals that, 100 years on, some people are still fighting the old battles. However, to judge from the general climate, those folks are in the minority. 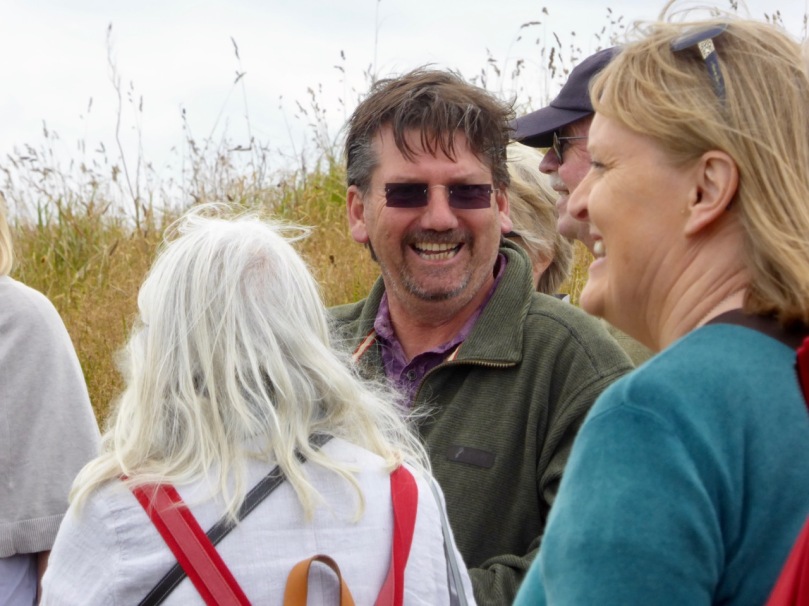 Two days after the Festival, we moved on to art. Or so we thought. We had signed up for a guided tour of Reen Farm, the Sculpture Garden that is the home, studio and inspiration for the artist John Kelly. This event was part of the marvellous Skibbereen Arts Festival that has been running all week. 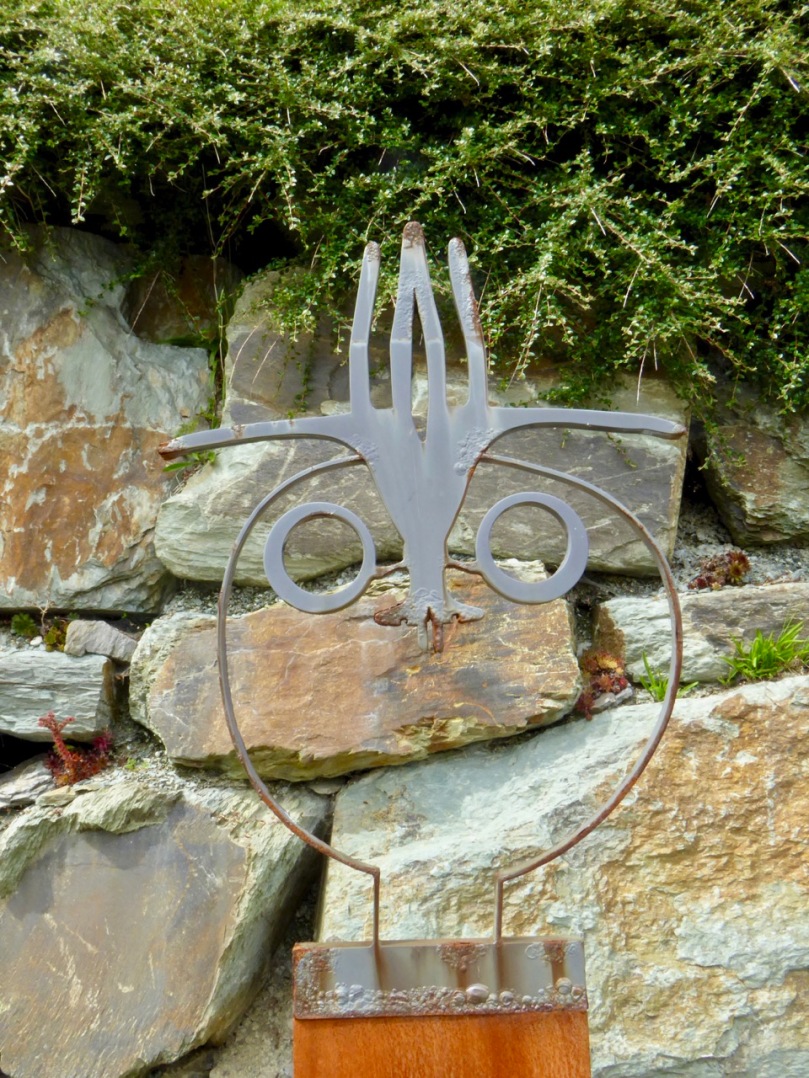 Two upside-down kangaroos in the tennis court – don’t ask me to explain this one, my head was spinning at that point

We’ve met John a couple of times and had seen an exhibition of his at Uillinn that focused on his experiences in the Antarctic. We were aware that, as a sculptor, a painter, and a writer John is internationally esteemed and has exhibited world-wide. 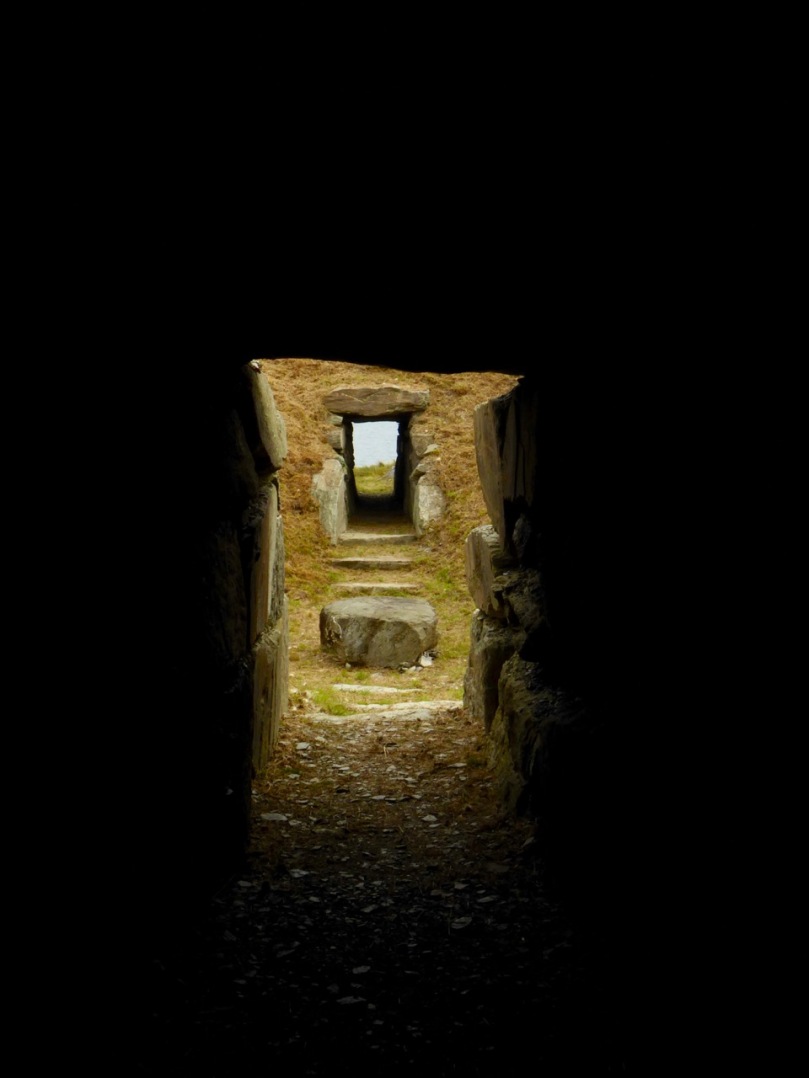 The Turrell-inspired crater with passages leading through it to the sea. (We have our reason to relate to John’s version of the famous Sky Garden at Liss Ard Estate in Skibbereen)

You’ve probably all visited a sculpture garden at some point – but I guarantee you, you’ve never had an experience like this. Being led around by John himself was a privilege, but it’s also a must in order to understand his inspirations, because it’s all about history, and eclectic history at that. 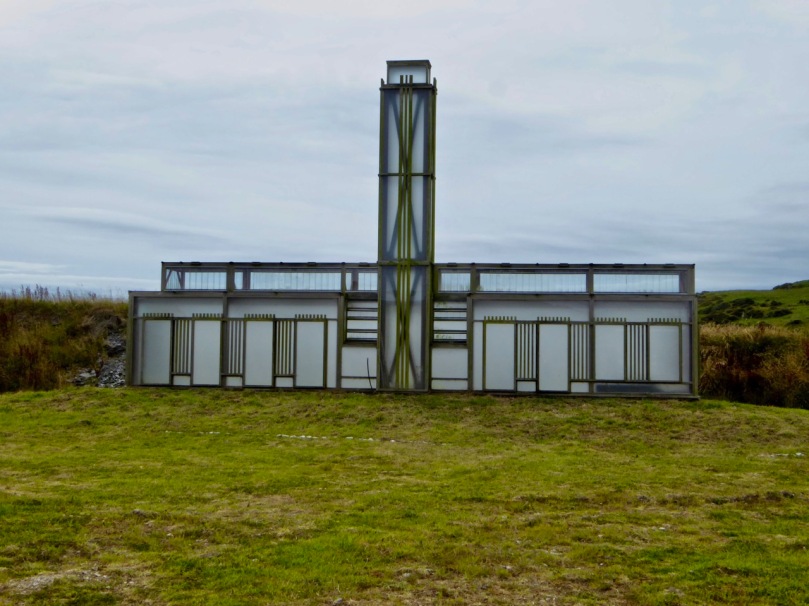 His Tate Modern piece (above) was a response to the famine in his townland, Reen, as reported in 1846 by a local resident, N M Cummins. Now, looking at it, you would never arrive at that conclusion by yourself, but once you stand there and listen to John recounting the grim happenings that took place there 170 years ago and how that led him to contemplating the food abundance that made Henry Tate a millionaire around the same time, it all starts to come together. 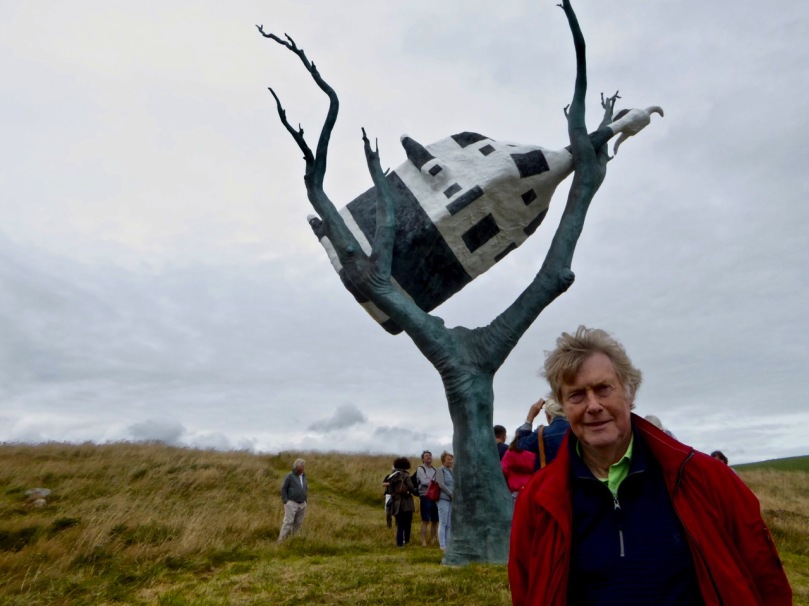 I won’t recount the story of the Cow up a Tree, because you have to go yourself and hear it from John in all its convoluted glory. (If you really need to know you can read about it on John’s website.) It’s the highlight of the tour, but definitely only one part of a whole fascinating set of experiences that goes on and on. 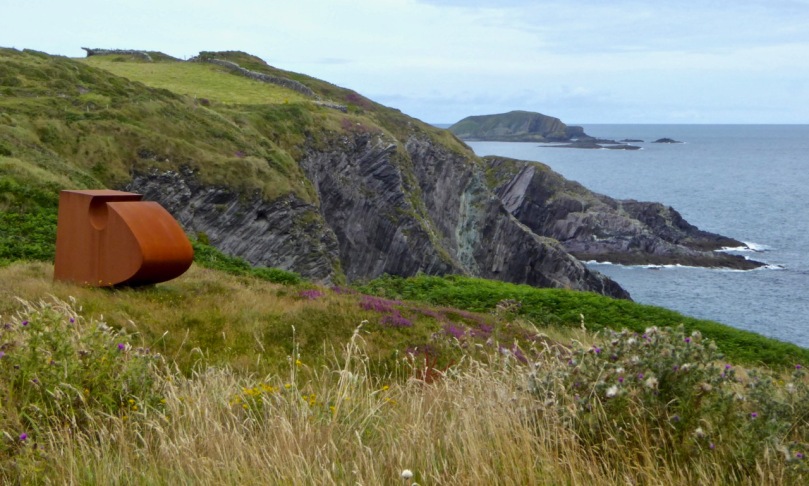 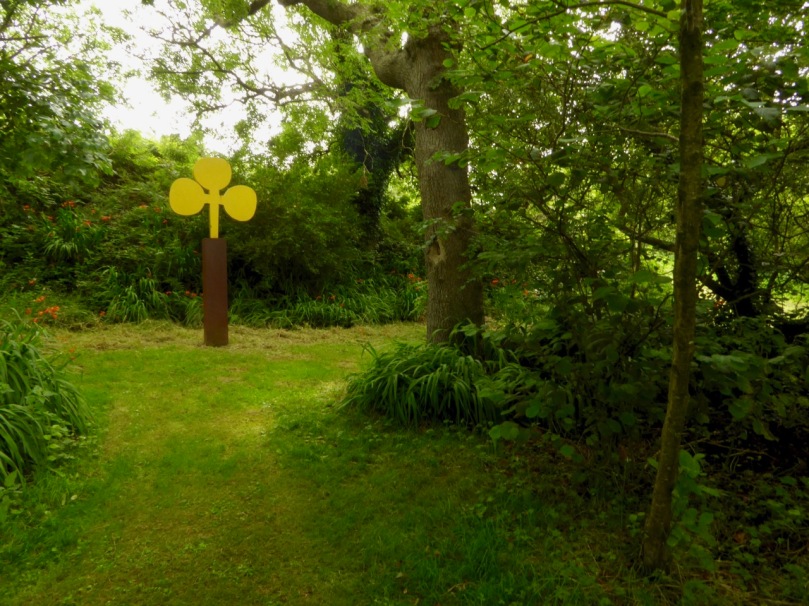 Besides the art (some of which will make you laugh out loud), stunning views greet you as you follow the trail, and finally Christina’s garden and John’s studio round out the day. The Garden is now part of the West Cork Garden Trail and is open from August 7th (tomorrow) until the 13th. 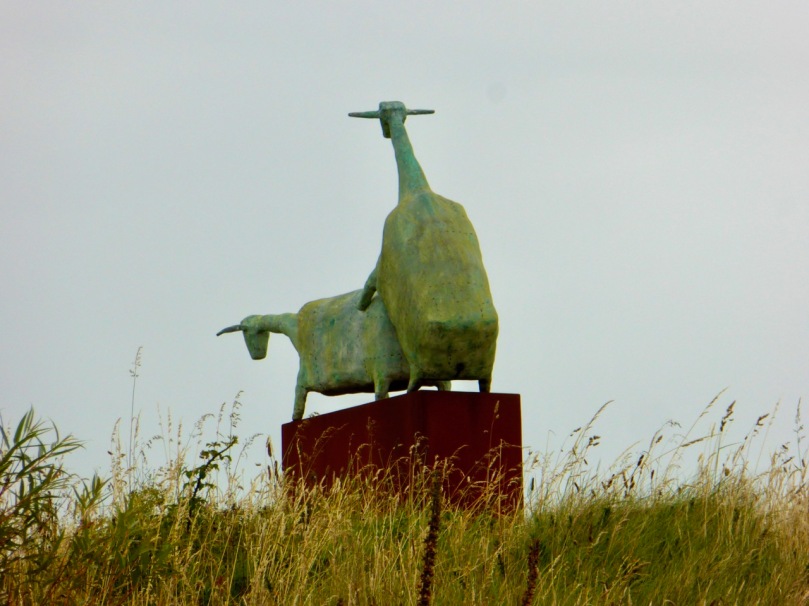