I’m Irish but spent forty years in Canada and I am still learning about the many deep, and too often tragic, links between my two countries. Canada’s Ambassador to Ireland, Kevin Vickers, (above) is coming to the West Cork History Festival in Skibbereen this week to talk about Irish-born Canadian Soldiers in the First World War. So in honour of that occasion I’ve been reviewing some of the connections between our nations.

‘Departure’ – the harrowing sculpture by Rowan Gillespie on the Dublin quays

Although my own experience as a Canadian immigrant was a happy one, not all emigration stories are founded in choice and success. There’s a park in Toronto called Ireland Park. Lovely, you say – how nice that we have a memorial in this wonderful city. But Ireland Park commemorates a dark past – the year of 1847 when almost 40,000 immigrants fleeing the Irish Famine arrived in the coffin ships, overwhelming the city.

They brought typhus, chaos, starvation and death and were soon filling the fever sheds built by the heroic citizens of the fledgling city. Catholic and Protestant arrived, and Catholic and Protestant co-operated to help them survive. It’s a tale of heroism and suffering and it echoes strongly  to this day, when we think about the refugees pouring into Greece and Calais – those people were once us. 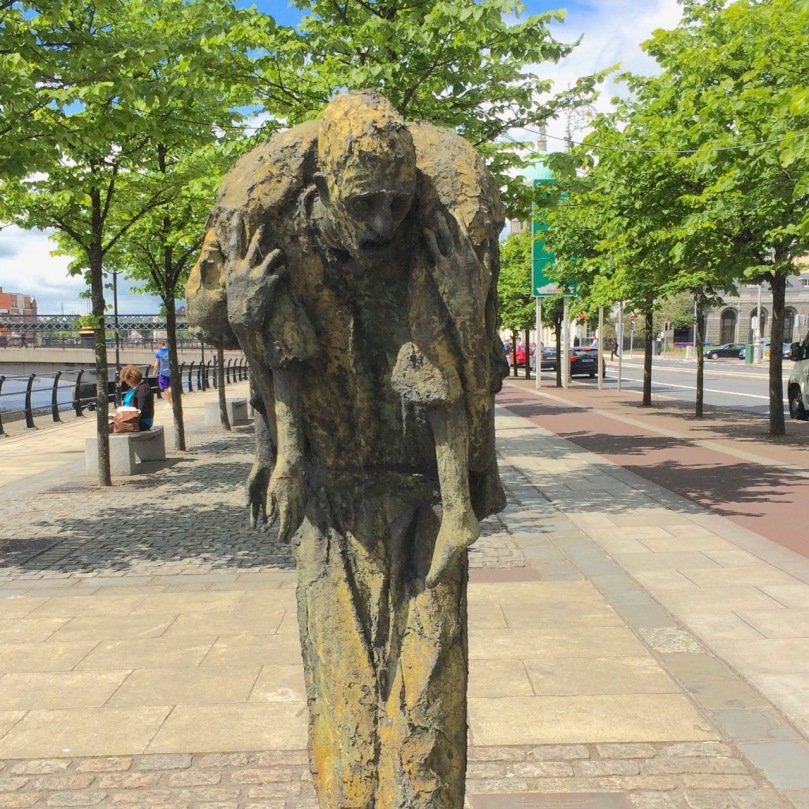 Take a look at snippets from the haunting documentary film ‘Death or Canada’ (one here and another here) – it will give you a sense of what was involved for the incoming famine victims and for those on the ground.

On a more muscular note, I have written elsewhere about the Fenians in Canada. Taking the fight for Irish freedom to ‘British soil’ in North America, there were many raids and one pitched battle organised by the Fenians in Canada. Ironically, the Battle of Ridgeway helped pave the way for Canadian Confederation.

One of the Fathers of that Confederation was Thomas D’Arcy McGee, a complex character who started off in the Young Ireland Movement. In his early days he was a firebrand revolutionary and that’s how he is chiefly remembered here – as one of a group of poets and writers committed to the liberation of Ireland from British rule. In this he would have seen common cause with that old Unrepentant Fenian, O’Donovan Rossa.

Thomas D’Arcy McGee: the young revolutionary and the elder statesman

However, life in the United States, to which he was eventually forced to flee, while it radicalised Rossa even further, made a conservative out of McGee. He settled in Canada and became an ardent advocate for Canadian nationhood; however, he turned against violent rebellion and espoused a form of Home Rule, thereby earning the enmity of the Fenians who eventually ordered him assassinated. His funeral, held on what would have been his 43rd birthday, saw 80,000 people line the streets of Montreal to mourn a man that had given so much to his adopted country.

I have written extensively about the Air India Disaster of June 1985. The beautiful memorial in Ahakista has become a place of focus for the families of the victims, who still come every year to remember those who died so tragically on that day. As a Canadian and an Irish person it has become a special place for me – at once a reminder of the terrorist threats that touch on all our lives and the warm and human response that we in West Cork delivered when it all came close to home.

And now we discover that Justin Trudeau, through his mother, is descended from the Bernards of Bandon. This is quite a pedigree – according to The Irish Times In 1661, Francis Bernard married Mary Freake and had six daughters and two sons, the research shows. Mr Trudeau is descended from their younger son, Arthur Bernard, who was High Sheriff of Cork in 1697 and MP for Bandon from 1713-14. My own wanderings around churches have paid off here – take a look at this memorial in St Peter’s Church of Ireland in Bandon – it’s for Francis Bernard – Arthur’s older brother! 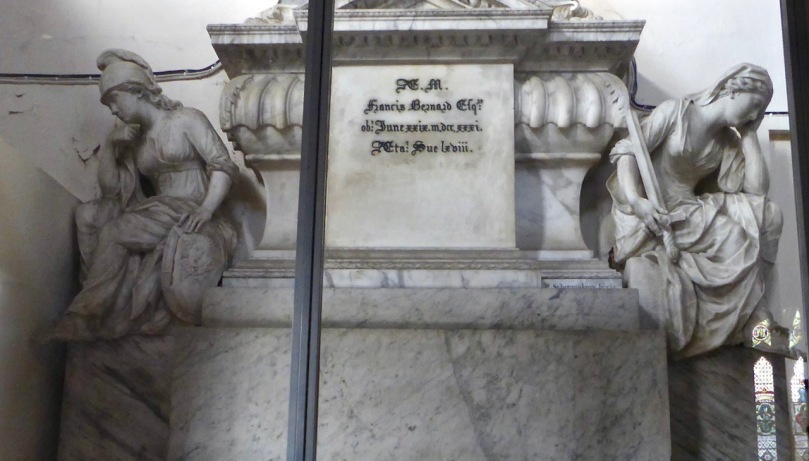 So there you are, Ambassador Vickers – one Canadian-Irish woman’s take on some of what binds us as nations. Oh – and for those of you who don’t know who Kevin Vickers is, this is no regular ambassador, no career diplomat. This is a genuine Canadian hero! We look forward to welcoming him back to West Cork and to hearing him speak on Irish-born Canadian Soldiers in the First World War. I wonder if he’ll arrive on his Harley?

A famous Canadian painting depicts the Fathers of confederation – and there’s D’Arcy McGee in the front row, second from the right. Image © Canadian House of Commons.