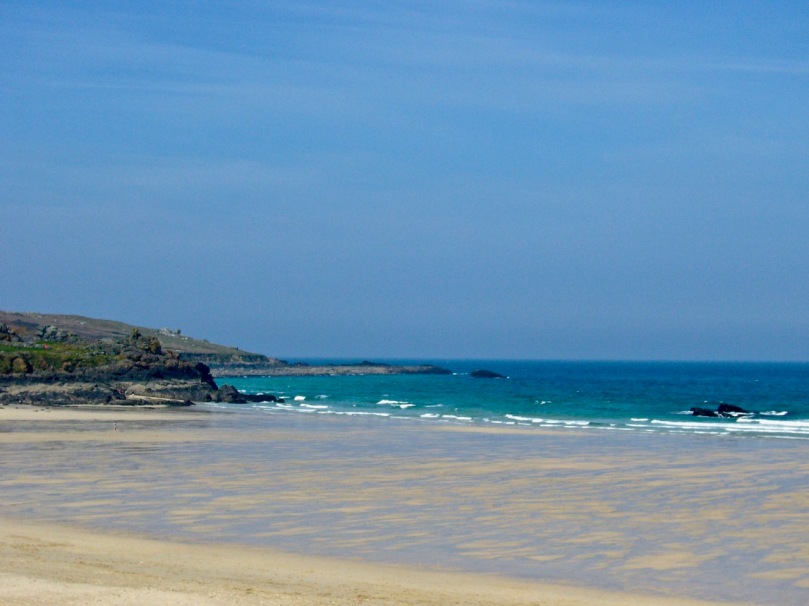 We look forward to welcoming our guest Cornish artists to Uillinn for the West meets West exhibition which opens this Friday – 2 June at 6pm – and runs through to 8 July. The three artists are excellent representatives of the vibrant arts scene in Cornwall, which was established from the late 19th century in Newlyn and St Ives and has been burgeoning through the late 20th century and into the 21st, especially with the opening of the spectacularly successful Tate St Ives gallery in 1993.

Header: Looking towards The Land’s End – Cornwall’s beautiful scenery has attracted artists and tourists for over a hundred years (photo by Phoebe Harris). Above: Tate St Ives – opened in 1993 – a spectacularly successful venue for cultural art tourism (photo by http://www.artfund.org)

Our artists are all from the West Penwith peninsula – the furthest landfall in the UK’s westernmost county of Cornwall. Phil Booth, Lamorna, will be showing some of his large sculptural relief constructions. Phil is known for these works but is also a talented landscape designer. His has spent many years teaching design and sculpture in Japan: he has intensively researched the form and meaning of traditional Japanese Gardens in Kyoto and is able to provide a high quality design service for anyone who is planning to construct a Japanese garden, or who might want to introduce Japanese elements into their own gardens. 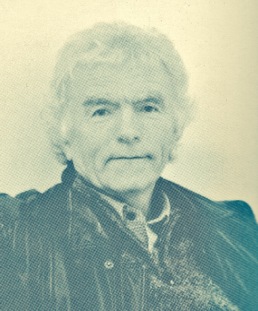 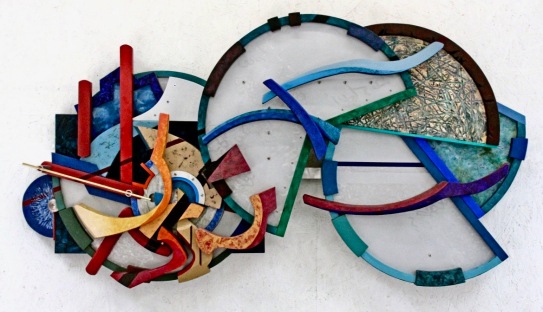 Above left: Philip Booth. Above right: one of his relief constructions which will be shown at Uillinn – Beach Boulder

Matthew Lanyon sadly passed away while preparing work for our Uillinn exhibition. We will be showing many of his larger paintings (some are seven metres long!), but also some tapestry and a laminated glass piece which will be seen for the first time here in Skibbereen. Matthew’s father – Peter Lanyon – was one of the notable members of the St Ives School of Artists in the mid twentieth century. Peter was a painter and a teacher, and had a strong influence on many artists – not only in Cornwall and the UK but in Ireland as well. Matthew’s Cornish heritage, therefore, is very special in the context of West meets West. 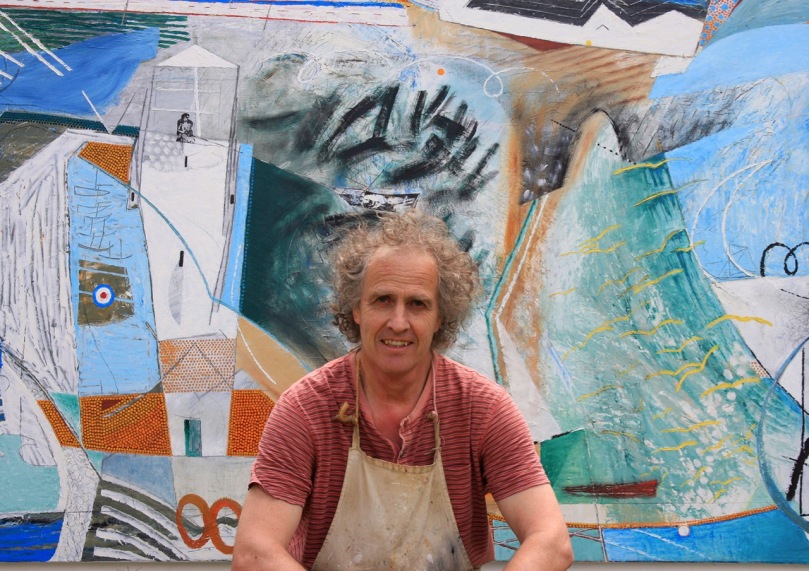 Tony Lattimer lives in Penzance and has his studios and kilns on a beautiful wild acreage close to The Land’s End. His ceramic sculpture is large and visually stunning. Like the other exhibiting artists, he is recognised internationally. Tony has won the prestigious Emilia-Romagna Prize at Premio Faenza International Ceramic Art Competition, Italy twice – in 2005 and 2013. The MIC – International Museum of Ceramics in Faenza – is reputed to be the world’s largest ceramics museum and one of the liveliest art institutions in Italy. Tony has also exhibited at the Tate St Ives and many other UK galleries, and we are pleased that he is able to bring a selection of his new works over to Skibbereen. 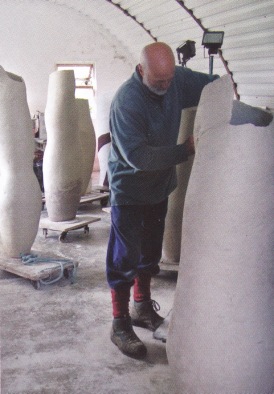 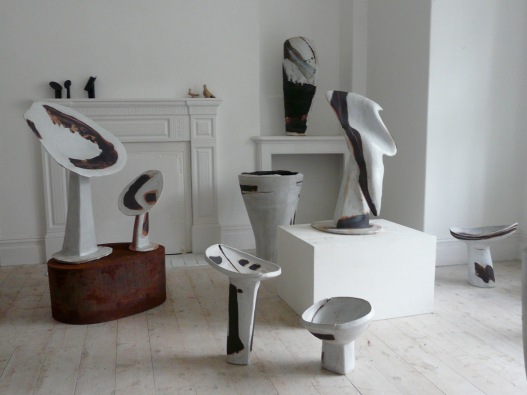 Above left: Tony Lattimer preparing work for the kiln in his Land’s End studio. Above right: some of Tony Lattimer’s recent smaller works

Phil Booth and Tony Lattimer will be at the opening, and in the gallery at noon on Saturday 3 June to take part in a panel discussion on the artists’ work. Matthew will also be represented at this event. Please come! The following week – on Saturday 10 June, also at noon, I (Robert Harris) will be giving an illustrated talk titled Chasing the Light – Why the Artists Moved West. I will outline the historic connections and remarkable similarities between the two most westerly peninsulas of Britain and Ireland over a three and a half thousand year timespan, and explore the lives and work of artists who settled in both communities. 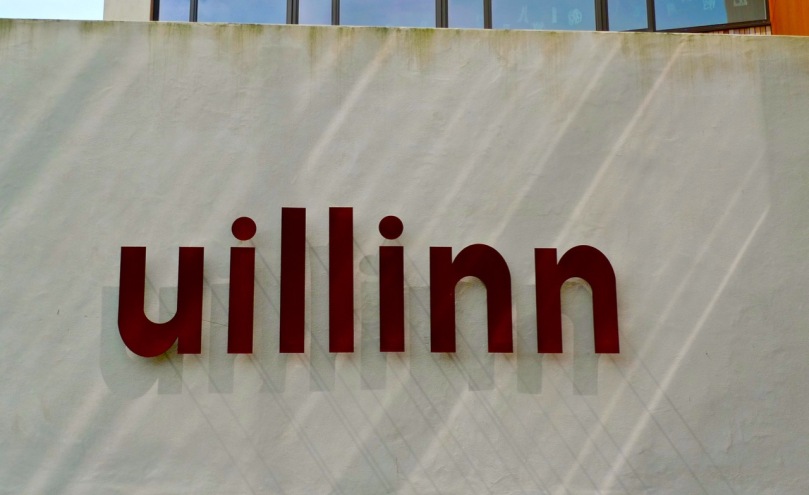 While this exhibition focusses on contemporary art from Cornwall it is part of a larger project envisaged by Uillinn (the West Cork Arts Centre). It is hoped that artists from West Cork will visit Cornwall to exhibit their work next year, and that this will become part of a regular cultural exchange between Cork and Cornwall in the future. There is a fascinating story to be told about the artists and craftspeople who arrived in West Cork from the late 1950s onwards and helped found a cosmopolitan, creative and free-thinking community here. Ceramicists, textile designers, printmakers, painters and writers all contributed to the mix. Because of that heritage there are many artists and creative people who continue to be attracted to the area today. Believe me, it’s the most stimulating place to live!

Below: stirrings in Ballydehob: in the 1960s potter Christa Reichel and batik artist Nora Golden set up The Flower House as a shop, studio, cafe and haven for artists. “…Word spread that West Cork was a beautiful, creative place waiting to be discovered…” (Alison Ospina – West Cork Inspires) Photo courtesy Andrew Street 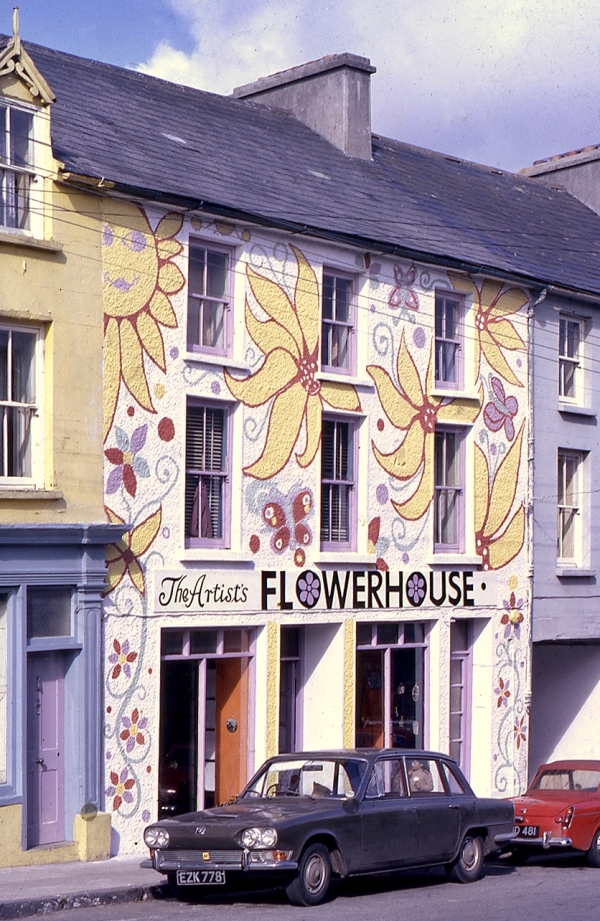