We heard – from our correspondent Justin Cremin – about an ancient copper mine somewhere near Skibbereen: possibly prehistoric (like the mines on Mount Gabriel). Supposedly there were rock scribings there (perhaps like those we explored in the Cooleenlemane valley). The Archaeological records proved a little disappointing:

. . . Description: Listed as an ‘ancient copper mine’ in the RMP (1998). Located in rough hill pasture on the W side of a deep wide ravine running N-S across the hill. A natural cave with two E-facing entrances extends c. 35m W into the hill. The height varies from c. 1m to c. 4m and jagged rocks protrude from the roof. Loose stones are scattered on the uneven floor. While there are traces of green malachite copper staining in a few places there is no evidence to indicate prehistoric mining. The material in the spoil mound outside the lower entrance suggests some unsuccessful 19th century exploration for copper may have been carried out here. The evidence is not sufficient to warrant accepting this as the location of an archaeological monument . . .

This now ‘redundant’ entry in the official records seemed to imply that the ‘ancient’ mine wasn’t there at all – it was just a cave. But the records also make no mention of any sort of inscription on the cave walls: perhaps, if there were scribings, they were considered ‘modern graffiti’ and of no historic interest. We set out to solve the mystery, accompanied by our intrepid friends David Myler and his children. David has written about the site on his own Facebook page.

En route was another – much younger – piece of local history that we had long wanted to visit: an enormous white cross set up on top of Coom Hill to commemorate the Holy Year of 1950. Once visited on Corpus Christie day every year by a procession which started in Skibbereen, it remains an important local landmark and is situated with dramatic views in all directions.

The two screenshots above are from a film taken in the 1960s, showing the procession to the cross. You can watch the full film online here. Below are some of the views which can be seen from the top of the hill.

The cross – and the views – were only tasters for the adventures we had in store. Justin had researched the location of the ‘cave’ and his instructions unerringly led us across country towards a gulley – a substantial gash in the landscape running north to south, where the high land dropped away: tucked in just below us we found our goal.

The cave has two entrances – higher and lower – and the rock faces within certainly look as though they had been worked in places. This could be from the “. . . unsuccessful 19th century exploration for copper. . .” mentioned in the archaeological record. But the exposed stone is covered in scratchings: names, words, dates from all periods – recognisably going back as far as the 1700s. There are also a few images, such as this group of leaves which has been partly obscured by modern-day painted lettering: – and note the harp in the top left of the next pic down:

We had been surprised that we could not find any written description of the graffiti which – although not ‘ancient’ – has to be of interest, as it is a record of marks made by people through many centuries. In our recent census (2022) we have all been asked to contribute to a ‘time capsule’ – our words will be sealed up ready for opening by future generations a hundred years from now. (Some of these words have been published on the internet. My favourite is the simple and poignant: “Is there anybody there…?”). This cave is a comparable ‘time capsule’ but perhaps less embracing of contemporary life.

Centre, above: the copper staining, which is mentioned in the redundant archaeological record. Above is the far end of the cave, with some interesting lighting effects. The pic below gives an impression of the scale of the interior.

Before writing this post I made a few more enquiries, and discovered that the rock scribings had been thoroughly researched and written up in an article in Volume 10 of the Skibbereen & District Historical Society Journal, dating from 2014. The reason I had not previously discovered this was that the writers chose the local name of Lick Hill, rather than Coom Hill or the townland name (Gortshanecrone). Local knowledge is everything!

The excellent article is written by Jasper Ungoed-Thomas (whose ancestors – Wolfes – had carved their names on these walls) and Terri Kearney, who has been the Manager of the Skibbereen Heritage Centre since it opened in 2000. The Journal article is as comprehensive as you could ever need, with a full list of the names inscribed on the cave walls, together with information on those named where it is known. As an example, J Cotter, 1790 has the following entry:

The same Journal article describes well the techniques which have been employed in many of the scribings:

. . . The nature of the rock face, with its hard surface, inevitably influenced the quality of the inscriptions. From the late eighteenth century until the later twentieth century, those who wished to leave a record of their visit had little option but to carve their graffiti. It is quite easy to scratch a name, but the outcome is often difficult, if not impossible, to understand. Results which are usually, but by no mean always, easy to read can be achieved by cutting, probably with a knife. But almost certainly the fairly few very clear inscriptions were done with a sharp chisel. Presumably some visitors came prepared to inscribe their names, since proper carving is not easy; it demands time, application and skill . . .

Wolfe and Cotter names are seen in the examples above. Having visited the cave we perhaps thought our adventures were over for the day. However, getting back to where we had parked our cars was hazardous, as we opted to follow what seemed to be an easier route (I have to confess it was my suggestion!).

It proved to be a long and tedious trek. The terrain was uncertain and we had to negotiate bogs and steep, uneven surfaces where there were no visible footholds. When we wearily made it to a boreen, we found we still had far to go. A lesson learned: always go back the way you came – you know you will arrive! In spite of the strains, we had a great day out, and broadened our knowledge of local West Cork history. Don’t forget – as always – seek the permission (and advice) of landowners before you embark on any such exploration. And don’t unduly disturb the local residents! 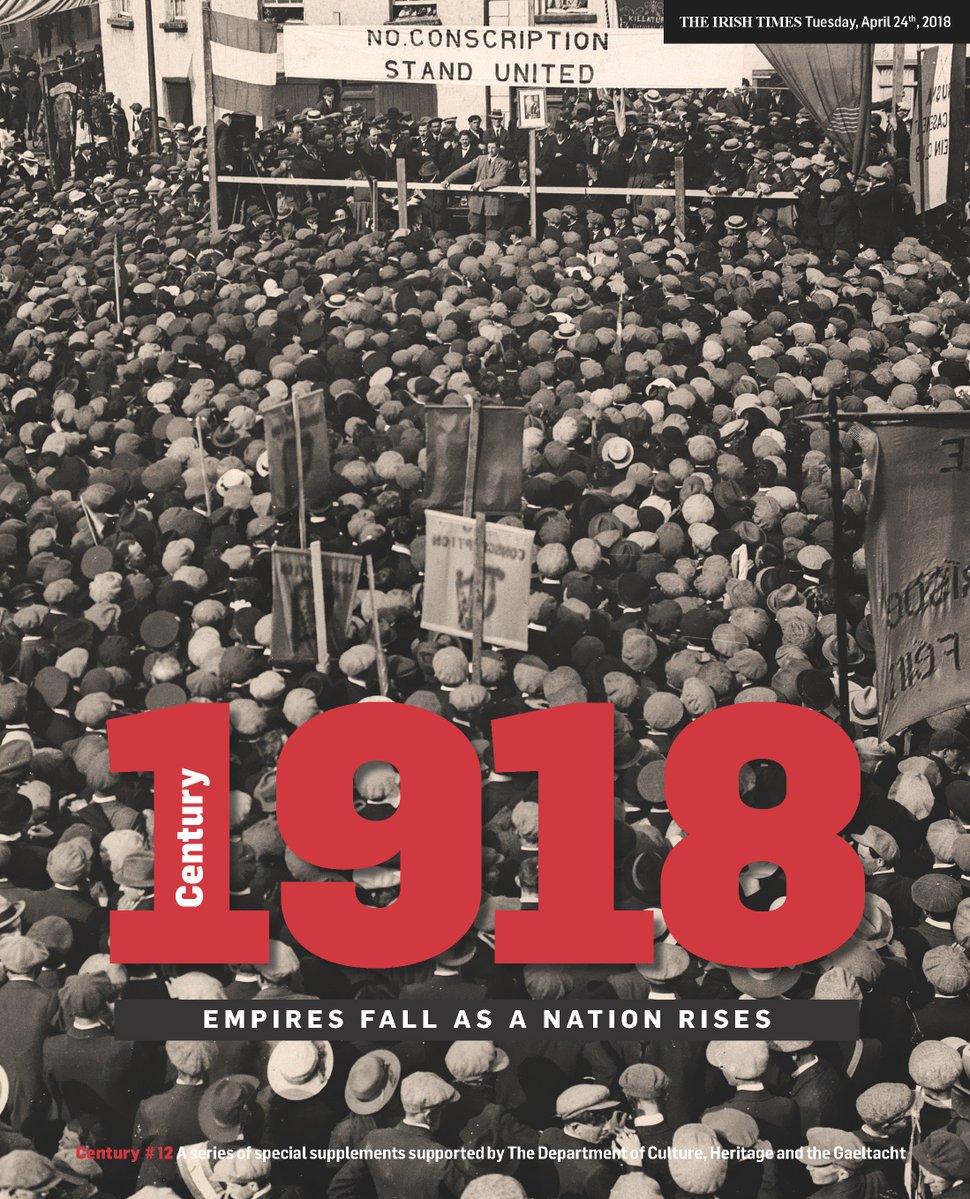 As last year, Roaringwater Journal is very involved in the marvellous upcoming West Cork History Festival. We are both on the organising committee and this year we are leading field trips and chairing sessions, and I am giving a paper (more on that below). The Festival will be held in Skibbereen this week – 16th to 19th of August.

This is St Barrahane from Castletownshend. During the Thursday Field Trip we will be revealing his secret message

We haven’t had a lot to do with the detailed logistics or with the ultimate lineup of speakers – that is the purview of the Founders, Simon and Victoria Kingston. What a force they are! As you can imagine, organising a festival like this is an enormous amount of work and they do it while working full time, with two young children and a life lived between two countries – all while remaining cheerful, focussed, inventive and energetic. Here are Simon and Professor Roy Foster, our keynote speaker, talking last year about the upcoming festival.

Simon and Victoria are next door neighbours to the wonderful Liss Ard Estate. This place is dear to our heart as it’s where we were married, and they have been incredibly supportive of the festival, providing parking and accommodation. 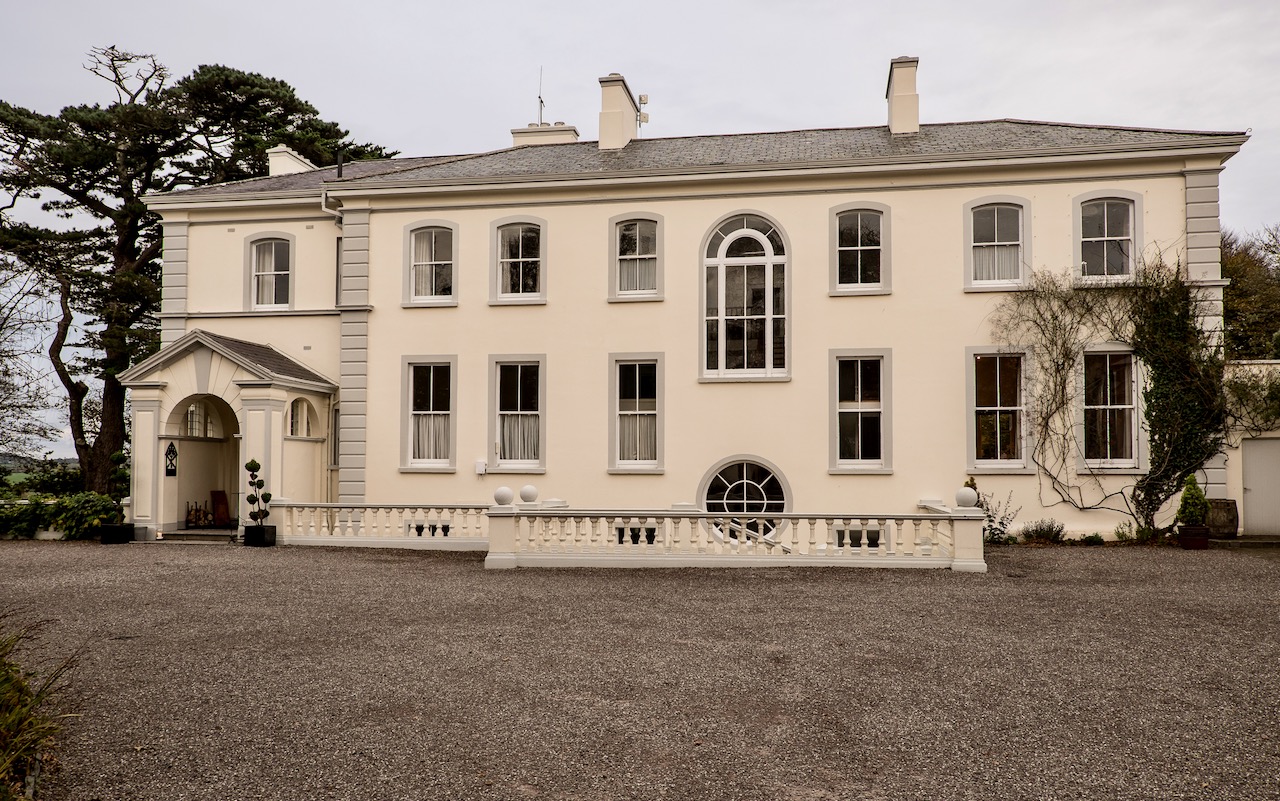 While many of the speakers are academics and writers on the national scene, local historical societies are attending and volunteering and local experts have been persuaded to share their knowledge. The Skibbereen Heritage Centre is a big part of the festival this year, with both Terri Kearney and Philip O’Regan on the program, and William Casey giving a talk and launching a book.

Philip O’Regan of the Skibbereen Heritage Centre leads a walking tour of the historic town. Here he points out the building where O’Donovan Rossa founded his Phoenix Society, forerunner of the Fenians

We are looking forward to the field trips, a new addition this year and a popular one, given how quickly they booked up. Thursday’s focusses on archaeology and history and Friday’s on the Famine and Art. 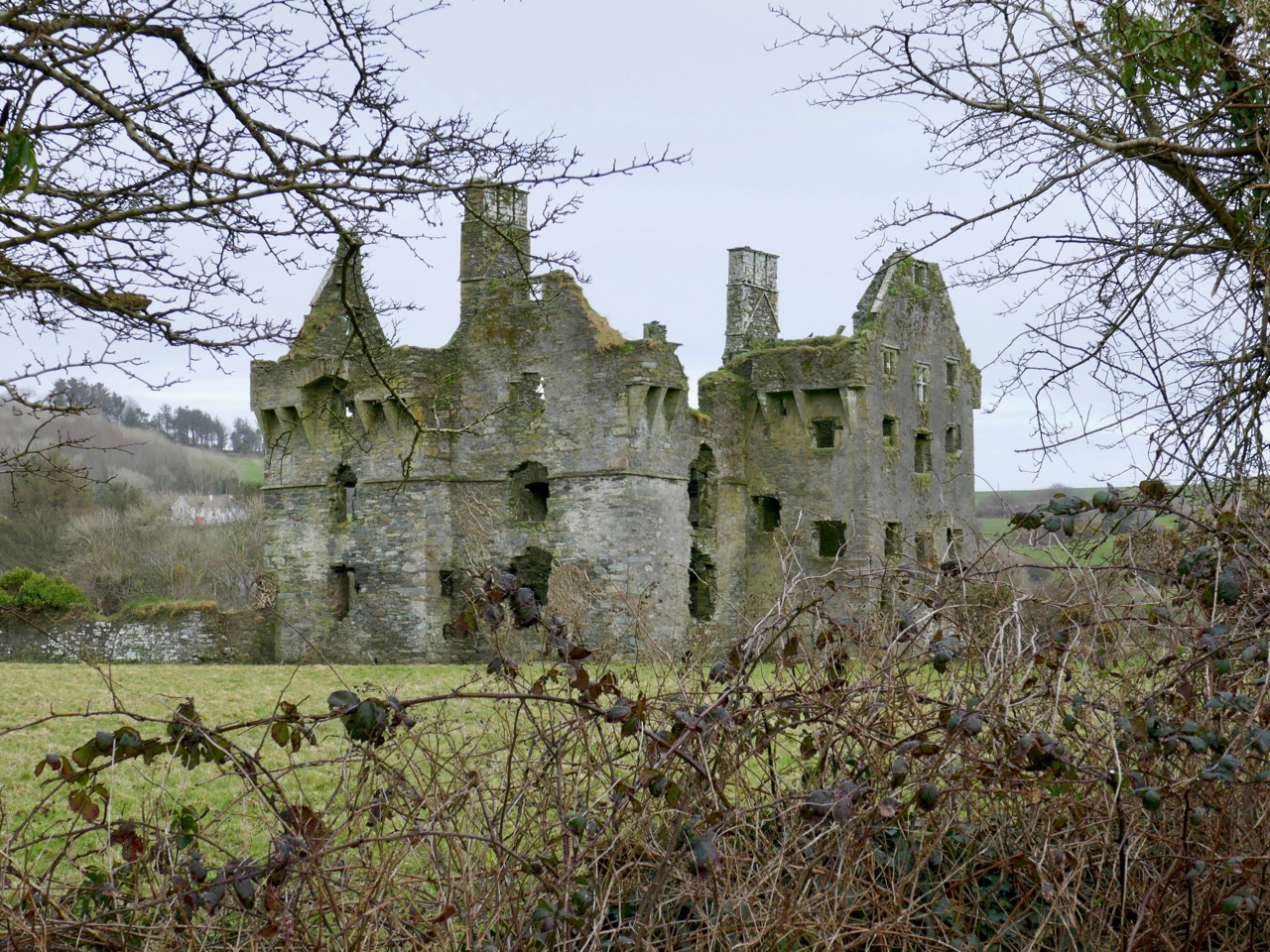 Coppinger’s Court – these fortified mansions gradually replaced tower houses in the seventeenth century, during of the series of changes from Irish to Planter land ownership

The Festival aims to cover international, national and local themes and this year will, of course, focus partly on the events of 1918, with talks on WWI, Carson and Redmond, Women’s Suffrage and the great Flu epidemic. The Irish Revolutionary Period is the subject of several talks, by both academics and non-professionals, ranging from the hot topic last year, Protestants in West Cork, to the violence suffered by some women during that period. 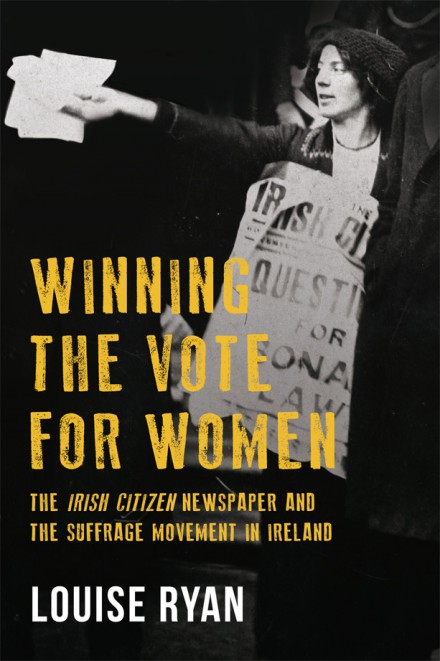 Inspired by the Coming Home: Art and the Great Hunger exhibition currently running at Uillinn/West Cork Arts Centre, there is also a thread that looks at the intersection of art and history. It will be the main focus of Friday’s field trip, and run through sessions on Margaret Clarke, on Gothic art, on George du Noyer and most pointedly in the talk by Niamh O’Sullivan on the Coming Home Exhibition itself.

We’re not forgetting the Medieval and Early Modern periods either. Dr David Edwards from UCC is recognised as an expert on Richard Boyle and on this period and his talk on Gaelic politics in the later Middle Ages should be fascinating. But never mind all that politics – what did people actually do back then, and what did they eat, before the advent of the potato?  Dr Susan Flavin is going to tell us that when she talks about ‘Food, Drink & Society in 16th century Ireland’. 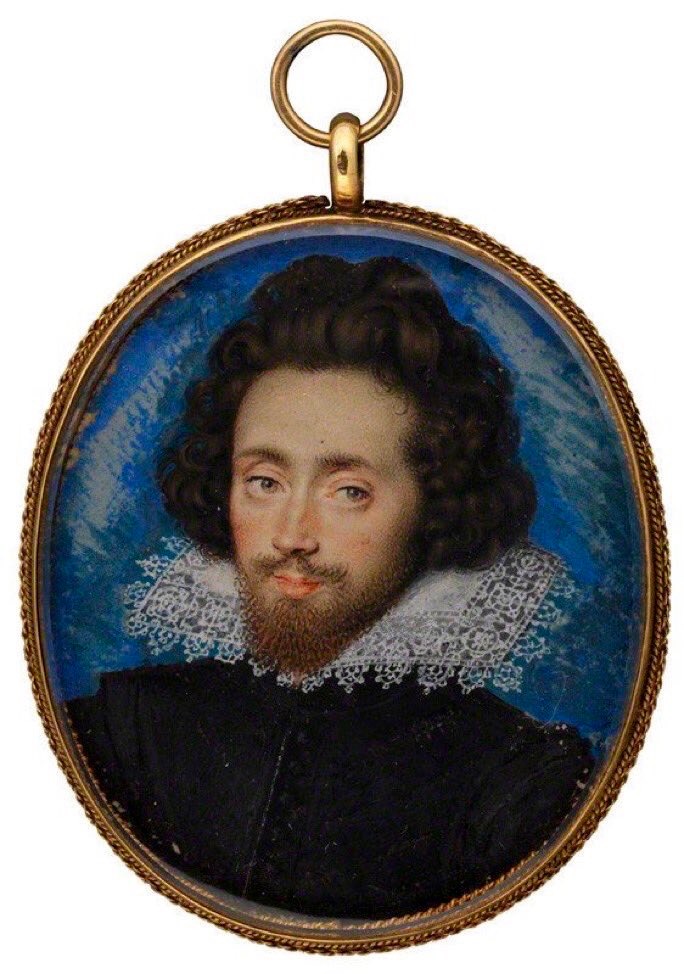 Lots of local history too – on Cillíní (children’s burial grounds), women in the fishing industry, Sam Maguire and his memorial bells in Dunmanway, Pirates and treasure of the Coast of West Cork, and my own talk on Agnes Mary Clerke who grew up in Skibbereen during the famine and went on to become the most successful science-writer of her day, with a moon crater named in her honour. 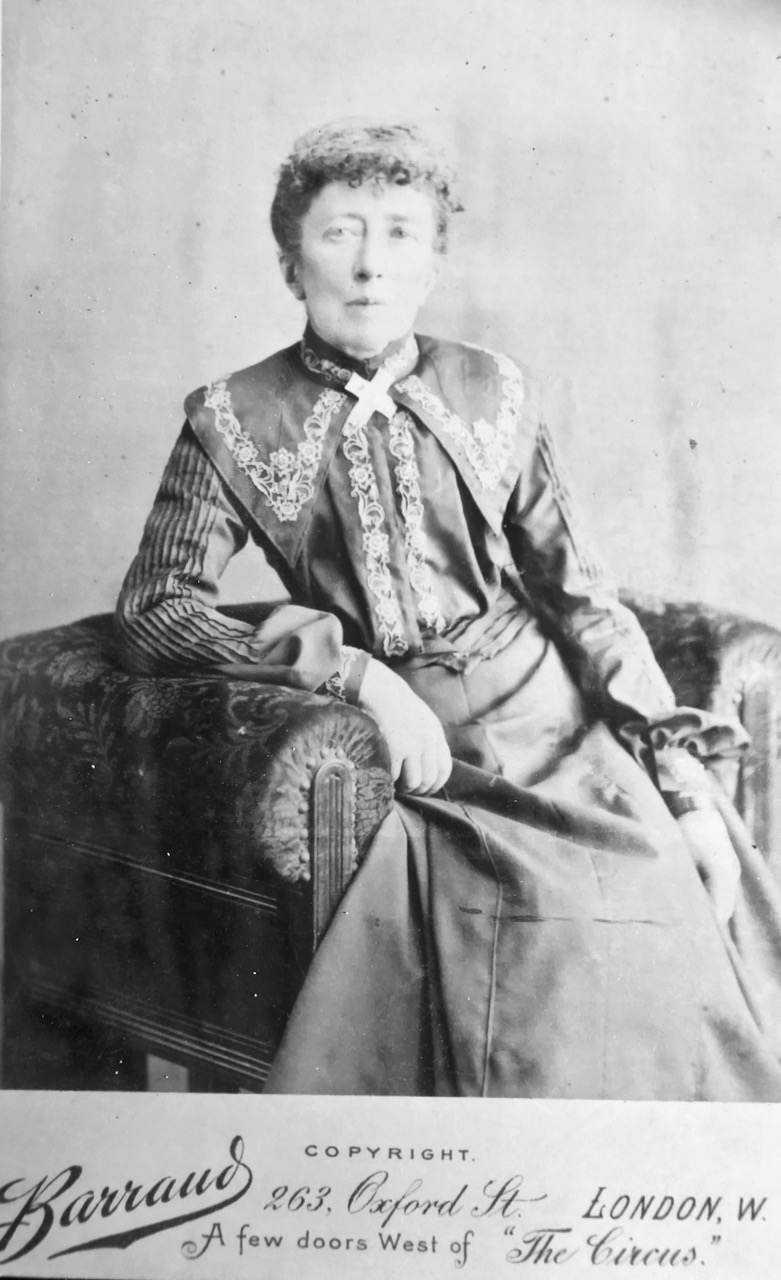 That’s just a taster of the talks – there are lots more. And if that wasn’t enough, there are also film screenings, a concert by Jessie Kennedy based on the life of Lady Mary Carbery of Castle Freke, and a poetry reading by none other than Jeremy Irons! How can you resist that voice?

So if you don’t have your tickets yet, get them now. Yes, you’ll still be able to get them at the gate, but if you want to secure them now, do it online at this link.