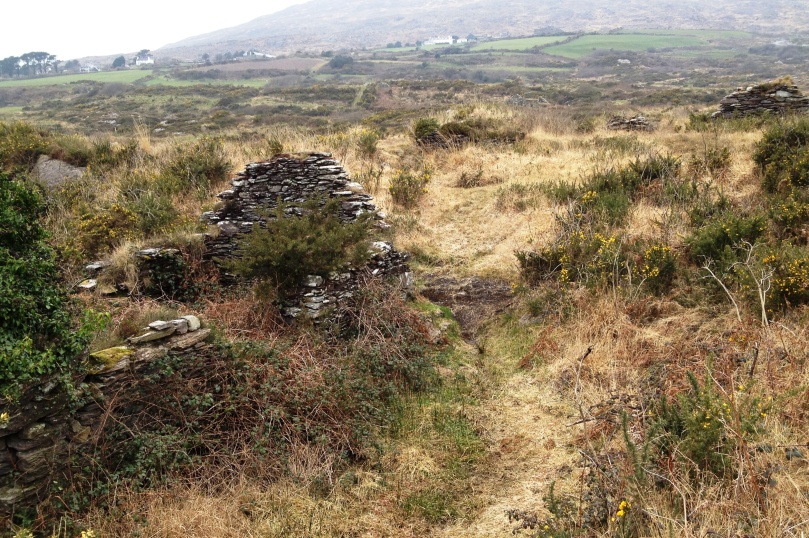 An abandoned village slowly returns to the bog 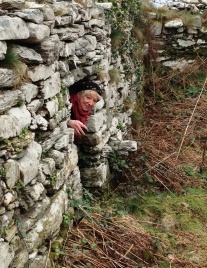 Amanda and Peter Clarke were our hosts yesterday for a Sheep’s Head Day. They know the peninsula intimately and were able to take us to places we would never have found on our own. They also love it: they have made their lives in Ahakista in a beautiful old farmhouse with a productive garden, and between them manage several projects that are great local resources.

We have written about the Sheep’s Head Peninsula in previous posts. It’s a wild and beautiful place, criss-crossed by a network of world-class marked trails, and full of prehistoric and historic sites. Part of our tour took in the Bardic School, about which Robert wrote in his Kings and Poets piece. But mostly what we saw was new to us: an impressive stone circle and a stone alignment, a lonely and moving famine graveyard, the remains of a pre-famine village, and finally a holy well and mass rock site.

The stone circle is probably the recumbent type, in which two tall portal stone stand opposite a stone with its longest axis parallel to the earth. The sightline from the portals over the recumbent stone is often focused on a solstice sunrise. Stone alignments in this area tend to be three to five stones in a row and may also be part of the solar and lunar observatory system that is characteristic of many Neolithic and Bronze Age monuments. 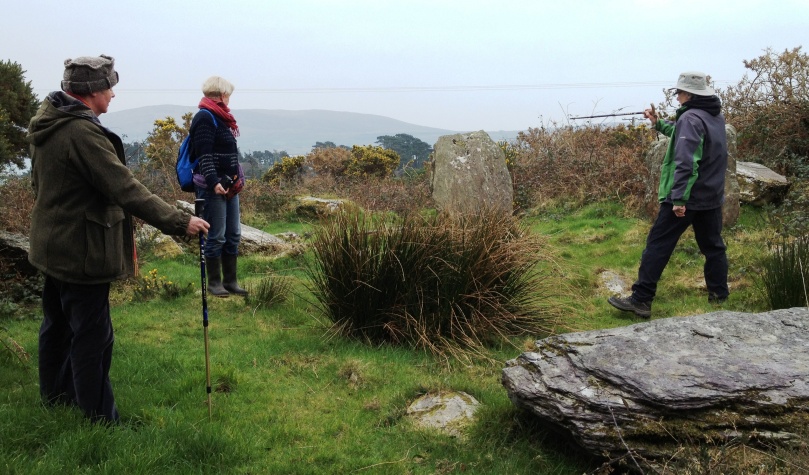 Ireland before 1845 had a population of 8 million people. Over a million died of starvation and disease and another million emigrated in the period of the Great Famine, from 1845 to 1852. West Cork was one of the epicentres of the disaster. It is still alive in the folk memory of the people and we saw two graphic reminders of it on our tour. The first was the Roskerig burial ground. Although stones were scattered around the graveyard, not a single inscription was visible, as if it had been hastily used in a chaotic time and then forgotten. The second reminder was the remains of a long-abandoned village, now slowly returning to the bog. 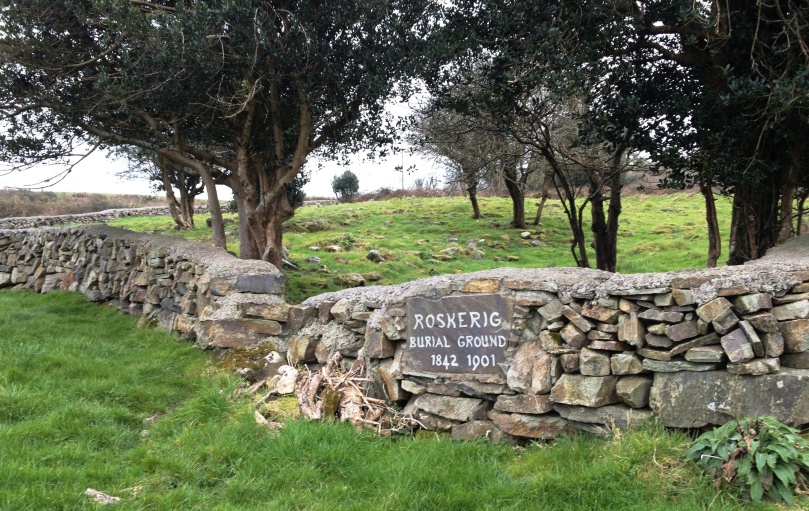 The holy well and mass rock are dedicated to Mary and are adorned with multiple images of her. The well is still in use and credited with miracle cures. The mass rock, where a crowd would gather outdoors in the days of the Penal Laws that outlawed Catholicism, to hear mass, is well preserved. When the Redcoats got wind that a mass was in progress and came to arrest the priest, Mary threw up a thick mist around the area to confuse the soldiers and allow the priest to escape. In acknowledgement, we deposited our coins in the well and said a prayer for something close to our hearts.