The joy of cycling! The fresh air! The wind in your face! The sun on your back! The sights, the sounds, the smells! Wait – those killer hills! The wobbly legs, the burning lungs! No problem – we have Kalkhoffs!

Is  that enough exclamation marks for any decent blog post? And what on earth is a Kalkhoff?

Above, a Kalkhoff electric bicycle and below, the Sheep’s Head – the perfect combination

Earlier this year we cycled the length of the Sheep’s Head and back, all of us on electric bicycles, mostly Kalkhoffs. The day was organised by Patrick Murray and Helen Guinan of City View Wheels in Cork, and a masterpiece of organisation it was, featuring stops for coffee, lunch and a pint at the end of the day, followed by a lovely dinner in the Maritime Hotel in Bantry. 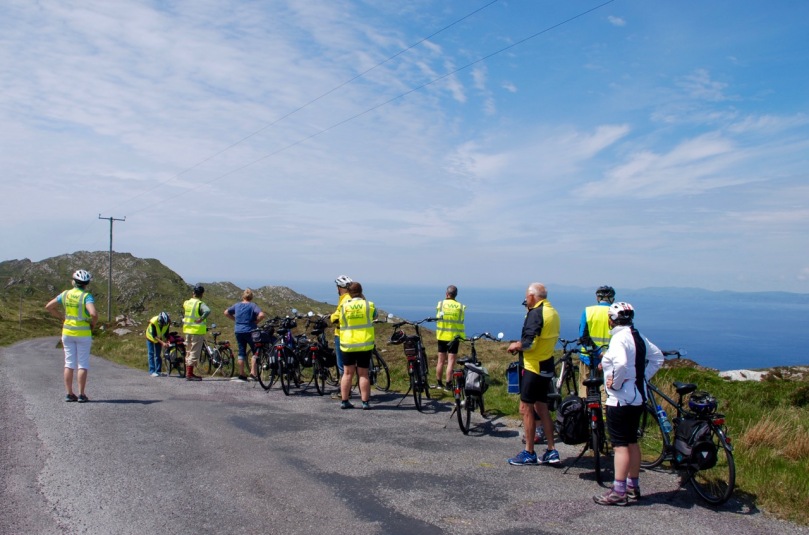 Riding an electric bike has revolutionised cycling for me and for many others. Let’s face it, West Cork is nothing but hills, and huffing and puffing up one of them, pushing a bike, can take the joy out of a day’s adventure. But with some battery-powered help, you can stay on the bike and arrive at your destination still able to breathe.

The Old Creamery at Kilcrohane is a great place for lunch

It’s like having the wind at your back, giving you a gentle push when you need it. It’s still a work-out (you don’t stop peddling) but it just makes the whole venture doable. No, more than doable – pleasurable!

Above: This is as far as you can drive or ride on the Sheep’s Head – after this, it’s a goodly walk to the lighthouse (below)

The Sheep’s Head is the perfect destination for a day’s cycling – incredibly scenic, lots of places to stop for refreshment, lots of things to see and do along the way, and relatively flat. Note that word relatively – if you start at Durrus and cycle along the south side to the end of the road and back, you don’t climb over any mountains but you do gain considerable altitude – enough to ensure that you deserve lunch by the time you reach Bernie’s Cupán Tae.

The good news is that it’s mostly downhill all the way back to Durrus.

It  was a congenial bunch and the day was full of chats and laughter. As the ‘locals’ in the group, it was lovely to be able to show off West Cork. We made a detour down to Lake Faranamanagh and told everyone about the Bardic School and the King of Spain’s sons. 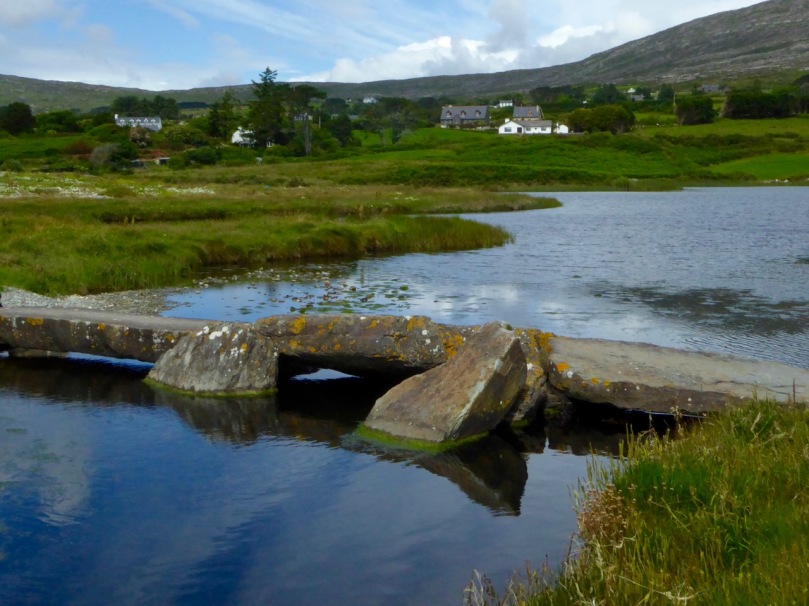 When you’re cycling with a group you can’t really stop to take photos whenever you want, so the photographs in this post are a mixture. Photos of the day itself were taken either by Patrick (thank you, Patrick!) or by me, while general photographs of the Sheep’s Head come from my own collection and were taken at various times of the year. They will give you a feel for what’s to do and see along the way. 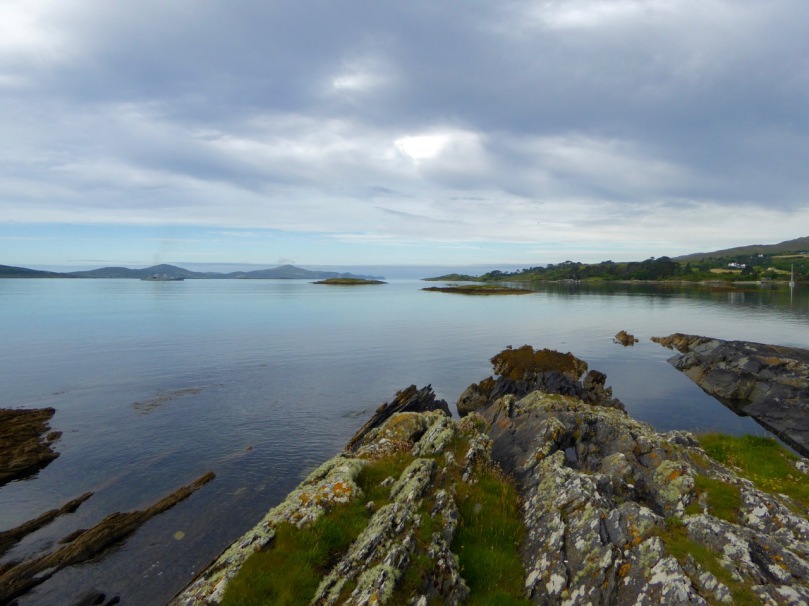 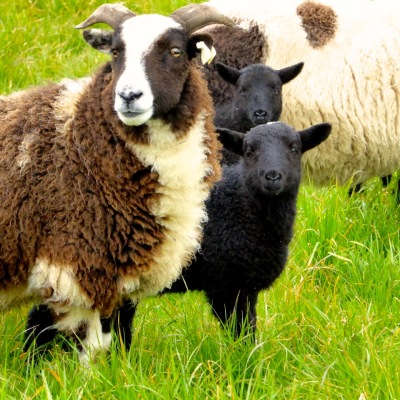 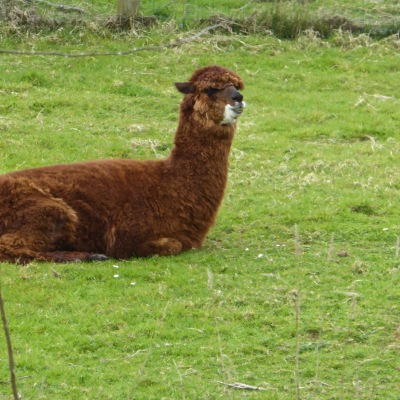 We were blessed with a lovely day for our bike trip. But then, as you know, the sun always shines in West Cork. And sure, if it doesn’t, you can hole up in a pub and sing, or stay home and cook up some fresh eggs from the happy hens at Faranamanagh. 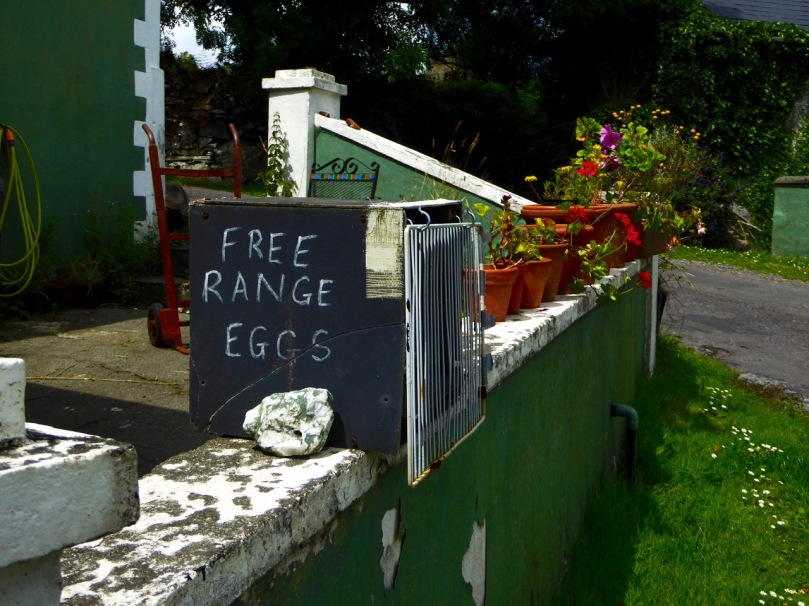 If  you love to get out on a bicycle but aren’t the iron-man type, fear not – there is life after lycra!