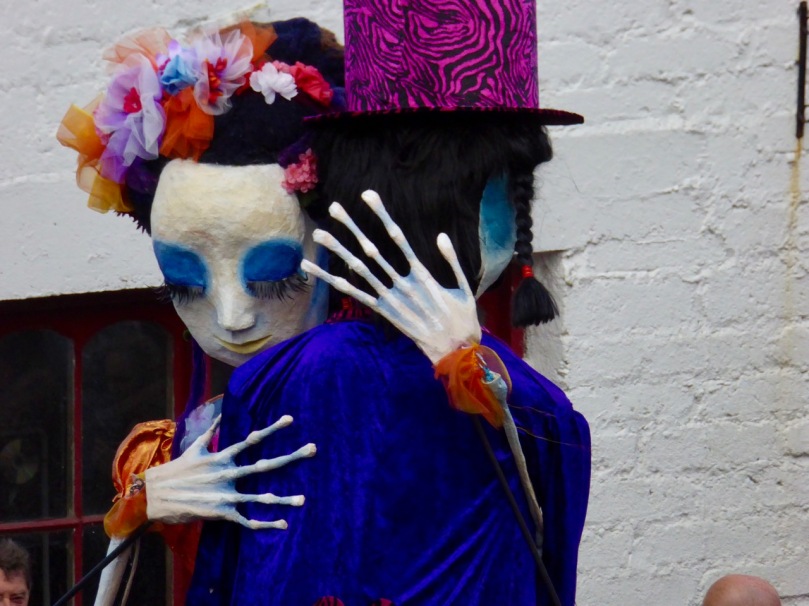 The Ballydehob Jazz Festival gets better every year! There was a marvellous program this year – eclectic and varied, and our little village was buzzing with locals and out-of-towners.

The great thing about a festival like this is that there’s something for everyone. The Big Acts take place in the “Festival Hall” (AKA Community Hall) where there’s big band sounds and dancing till the wee hours. There are workshops for kids (this year’s line-up featured archery tag and circus skills) and a Sunday Market with a continuous bandstand of acts. 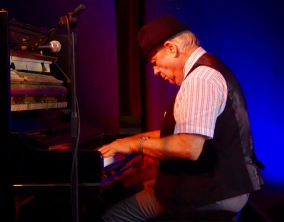 But a lot of the action takes place in the intimate venues. The pubs and restaurants all host entertainers so you can have lunch and dinner accompanied by soulful crooners, or crowd into one of the pubs to listen to a piano duo or a swing band or a funk quartet. There’s a good mix of West Cork and come-from-away groups and every venue is packed to the scuppers. 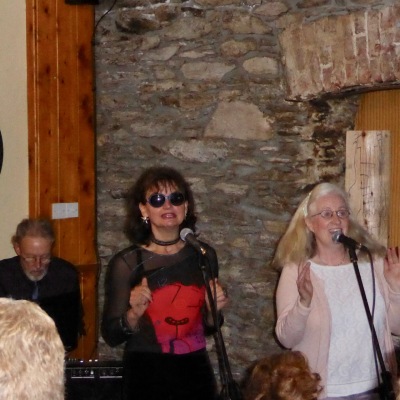 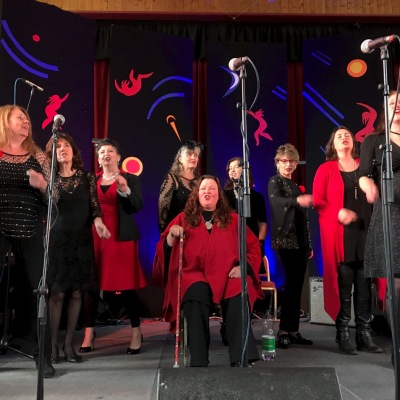 Above: Stephanie Nilles and Thomas Deakin were one of THE acts of the Festival. Their sound (and her lyrics!) left us gasping. Below: The Eileen and Marilyn Experience, perennial favourites in West Cork, and Grace Notes, a new vocal performance group under the direction of Caz Jeffreys

This year there was a first – a Jazz Mass. Actually it was a Church of Ireland Service, with gospel provided by the choir I (try to) sing with, Acapella Bella. Something tells me this could well become an annual event. 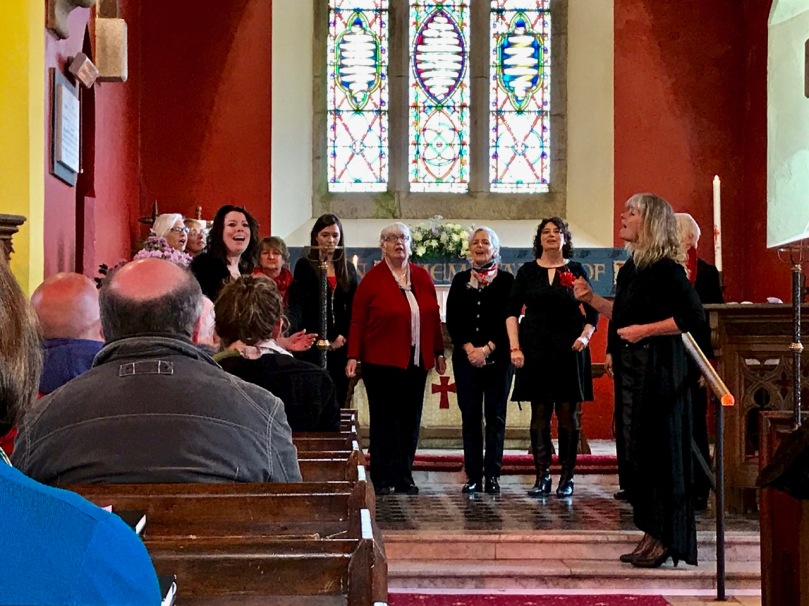 But the highlight of the festival for everyone is the New Orleans-style Jazz Funeral. Ballydehob is a hotbed of creativity at the best of times and the idea of a Jazz Funeral has galvanised the community. This is only the third year we’ve done it and it’s been improved and expanded every year.

Last year the giant puppet, Katrina, made her first appearance, and this time she was joined by a mate. Billed as Mexican Day of the Dead meets Bealtaine, the parade wound its way up the village, stopping along the way so the puppets could wow us with a dance. It was a marvellous spectacle.

Almost, you could forget you were watching dolls and feel the emotion flowing between them and they put their arms around each other and kept time to the music.

A stilt walker, a giant centipede, a pair of gangsters on a penny farthing, and a whole army of children in costume completed the parade of mourners. The weather held off (the Gods of Bealtaine must have been appeased) and the streets were thronged with cheerful festival-goers, all swearing to be back again next year and this time to bring all their friends. 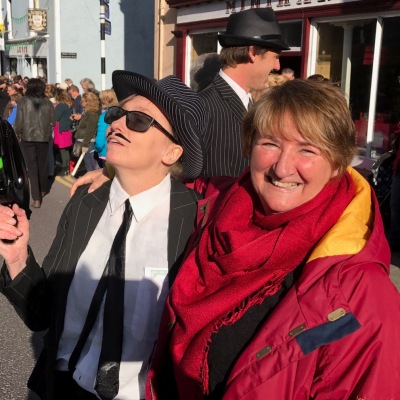 Tara Brandel performed her dance Car at the end of the parade. Finola cosies up to a gangster

The tagline for the Festival is…drum roll, please…THE BOUTIQUE FESTIVAL IN THE BACK OF BEYOND PACKING A BOMBASTIC ARTISTIC PUNCH. Take a look at the program and see for yourself – great descriptor, or what! 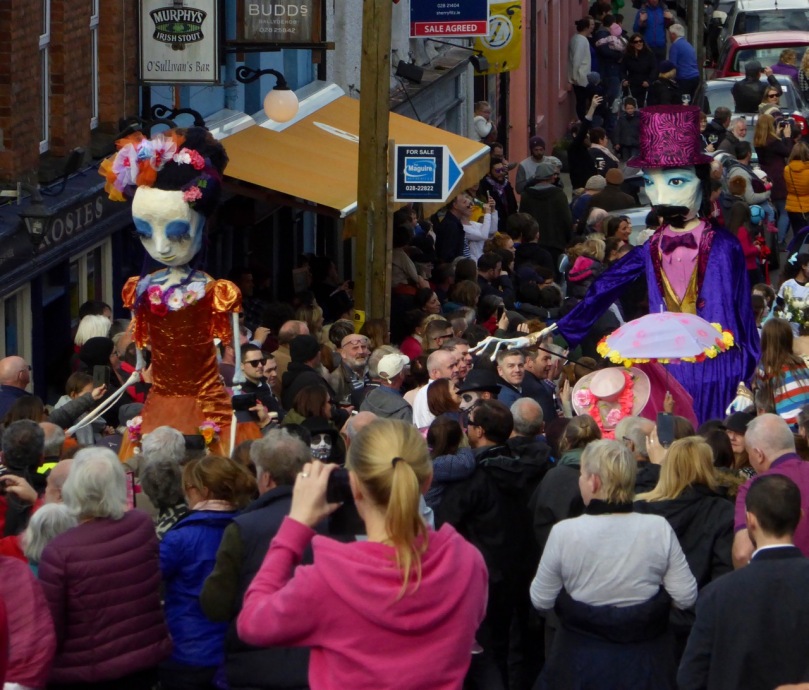