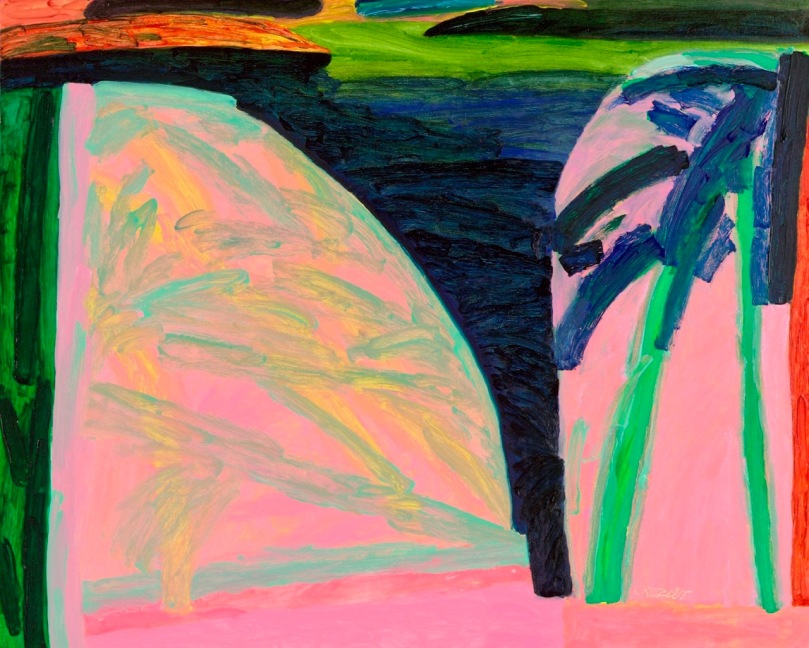 The Edge of the Landscape is the title of an upcoming exhibition which opens this weekend at Uillinn. It will show some of the later work of William Crozier (1930 – 2011), a Scottish born artist who considered himself more Irish than Scottish as his parents were from Ballinderry, Co Antrim. He adopted Irish citizenship in 1973 and purchased a cottage at Kilcoe, West Cork, in the early 1980s. Although he worked both here and in Hampshire for the rest of his life, most of his later paintings dwelled on the Irish landscape – specifically the splendours of West Cork, which are so familiar to us. 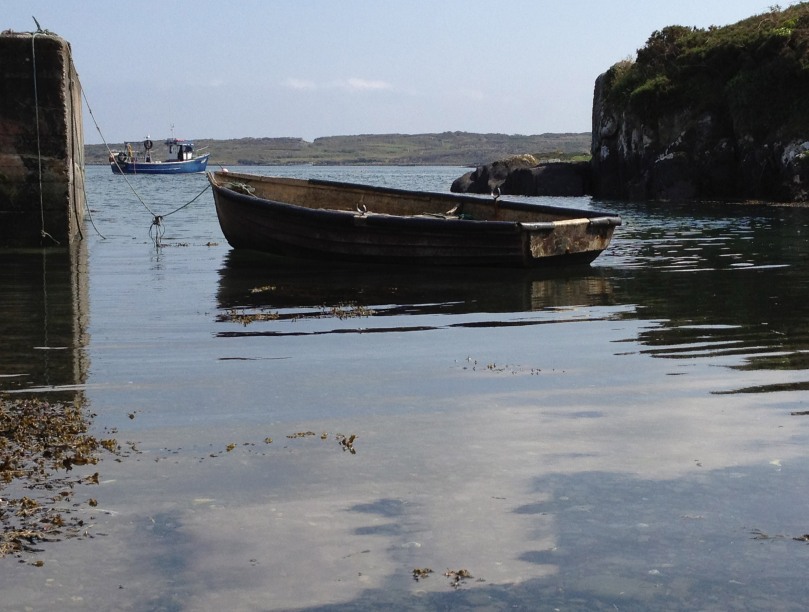 The meeting of land and sea was a recurring theme in Crozier’s work. The quay at Turk Head, above, inspired the header on this post – painted by Crozier in 2003. We might wonder at the eye of the artist that pictures the scene in such vivid colours, but anyone who has lived in West Cork will be familiar with his palette: the rocks, the fields, the lanes, wildflowers, water and ever-changing skies provide all the colours in his paintings, tints, tones and shades which are successfully pulled into unexpected compositions. 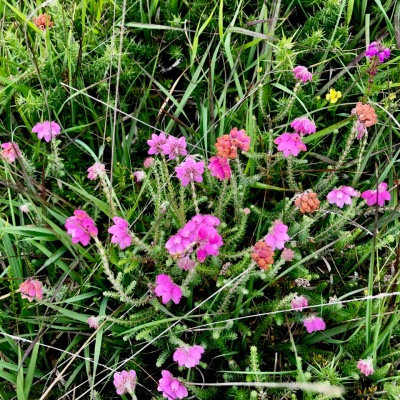 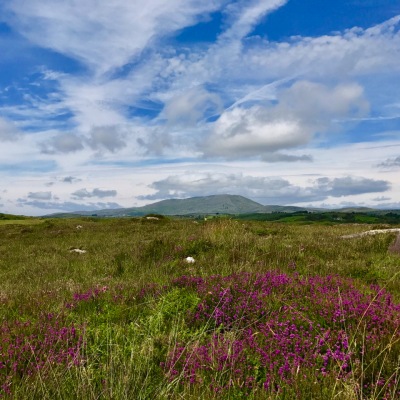 Katharine Crouan – Bill Crozier’s widow – has written to me “…Bill was not, in any way, a topographical artist but you can see in his work – particularly from 1984-95 – the stimulus  the landscape provided. He spoke of loving the ‘glamour’ of the West Cork landscape, referring to the glitter of water and sunlight on foliage after rain and the dark shadows that came out of nowhere. For him it was all magical…” 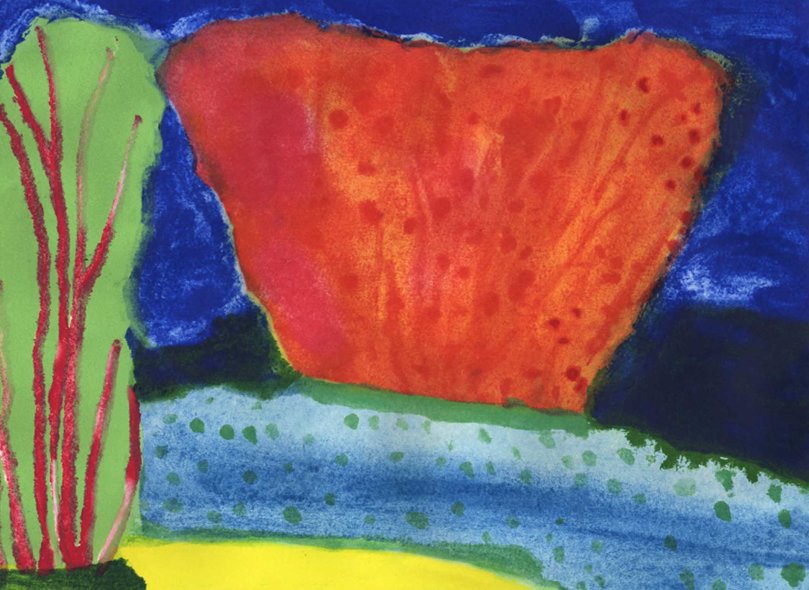 ‘Kilcoe Strand (From Peninsula)’, painted by William Crozier in 2011

I am reminded of Peter Lanyon, the St Ives artist (who was, interestingly, the subject of a book titled At the Edge of Landscape): he famously said that, as a painter, he needed to “…get under the skin of the landscape…” That need informs his work, which is abstract rather than specifically landscape-based yet inspired, as he stated, from flying over his native Cornwall and – by exploring the mine shafts – tunnelling underneath it. For me, William Crozier has the same regard for his West Cork homeland and successfully expresses his relationship with it through the richness of his work. 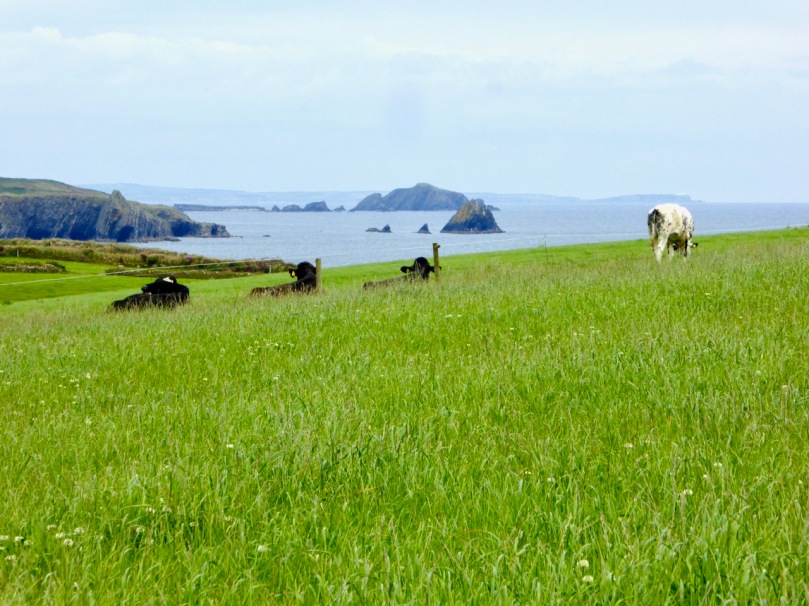 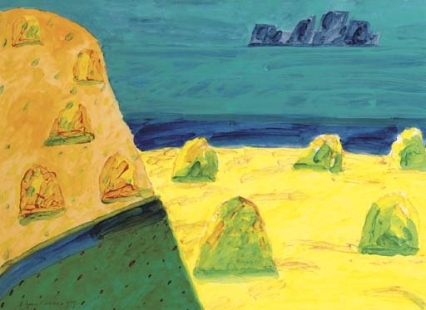 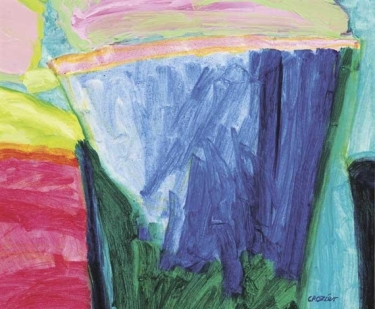 William Crozier was a prolific painter – he estimated that he had painted more than 12,000 pictures, each executed in a single session. The landscape-inspired works are just one part of an enormous opus. He did not overlook the sometimes hard realities of his surroundings. Cocks of hay drying in a field may appear a romantic ‘rural idyll’, but are equally a portrait of an economically unviable small-holding. 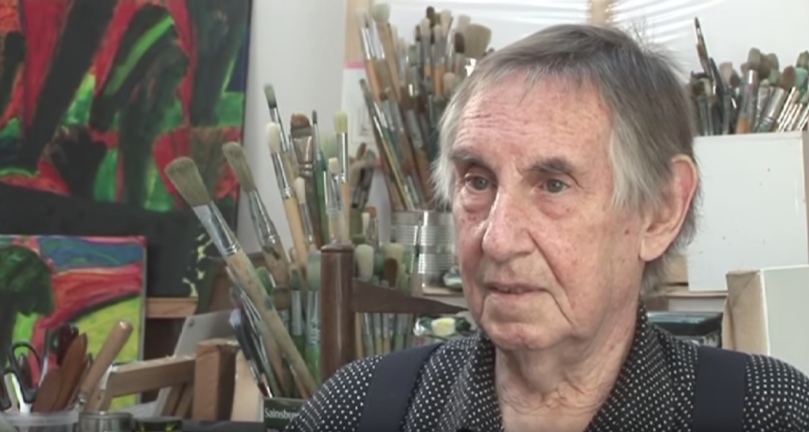 William Crozier in his studio c 2009

The exhibition of a selection of Crozier’s work produced since 1985 is showing at Uillinn: West Cork Arts Centre from 15 July to 31 August, and later in the year some of his earlier works will be shown at IMMA: The Irish Museum of Modern Art from 12 October 2017 to 8 April 2018. Both exhibitions are curated by Seán Kissane (Curator, Exhibitions, IMMA), who will be presenting a talk on the work at 6pm this Friday, 14 July, in Uillinn, following which the exhibition will be formally opened by Sarah Glennie, the Director of IMMA. An important new publication edited by Katharine Crouan and Seán Kissane and designed by Peter Maybury accompanies the exhibition with texts by Mark Hudson, Katharine Crouan, Seán Kissane, Riann Coulter, Enrique Juncosa, and Sarah Turner.

Below – Departure from the Island, William Crozier 1993 (Flowers Gallery). Note that copyright on all works rests – unless otherwise stated – with the William Crozier Estate 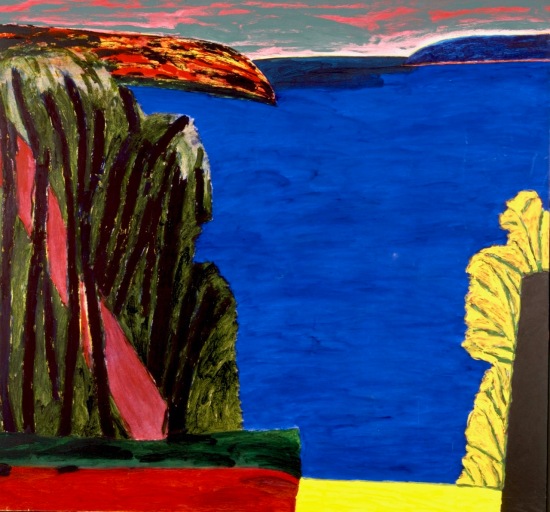