That means ‘Happy Halloween’ in Irish – more or less. Samhain – pronounced ‘sow-in’, with the emphasis on the sow, literally means ‘summer’s end’, while Oíche Shamhna is ‘the eve of Samhain’ (Shamhna is the genitive form of Samhain). If today (I’m writing this on 31st October) is Samhain’s eve, then  tomorrow – 1st November – should actually be Samhain. And that’s true because, in Ireland, Samhain is also the name of the eleventh month. And, before we move too far on, I should tell you that those difficult words Oíche Shamhna are pronounced ‘Ee-hyeh How-nuh’ and the correct way to say the whole title of this piece is ‘E-hyeh How-nuh Hun-uh Dee-iv’ literally summer’s end evening, happy, to you all – I’ll bet you’re sorry you asked! So, we are on the eve of the eleventh month, and it’s always been a time of great celebration in Irish culture: the time of the year when we begin to sense the darkness creeping in; the trees are losing their leaves, the sun is getting noticeably weaker, and it’s a season of dampness, mists and grey shadows. No wonder, surely, that the imagination turns to arcane, otherworldly – even ghoulish – matters. And no wonder, also, that this time is associated with the spirits of the dead – and the Other Crowd.

Our little community of Ballydehob in West Cork takes Samhain very seriously – of course! So I thought I would give you a short overview, mainly in pictures, as to what you can expect to find in the village on this day. Earlier in the week I gave a talk about folklore, customs and traditions in the Bank House Talks in the Vaults series and – to acknowledge that we were nearly at Samhain – Finola provided barm-brack for everyone.

While preparing the talk, I reflected on this time of the year – and what it had meant to me when I was growing up in England. There – back in the 1950s – we had no concept of Halloween: we didn’t even know the word. For sure, we had a celebration at around this time (the beginning of November), when we lit bonfires and got excited by throwing firecrackers and bangers around. We called it ‘Guy Fawkes Night’ (sometimes Bonfire Night or Fireworks Night). We made ‘guys’ – life-sized effigies – which we carried around the town collecting pennies to buy fireworks with (and we later burnt those ‘guys’ on the bonfires – it all seems a little gruesome now). As I got older, I was told (but didn’t really understand) that it was all about celebrating the fact that a man had been prevented from blowing up the Houses of Parliament in London with gunpowder. This was a fascinating concept to me and I could never understand (and still don’t) why we remembered a man who failed to set out what he intended to do, while the then attractive spectacle (to me) of succeeding in blowing up the Parliament would, surely, have been a much more justified cause for remembrance and celebration . . . 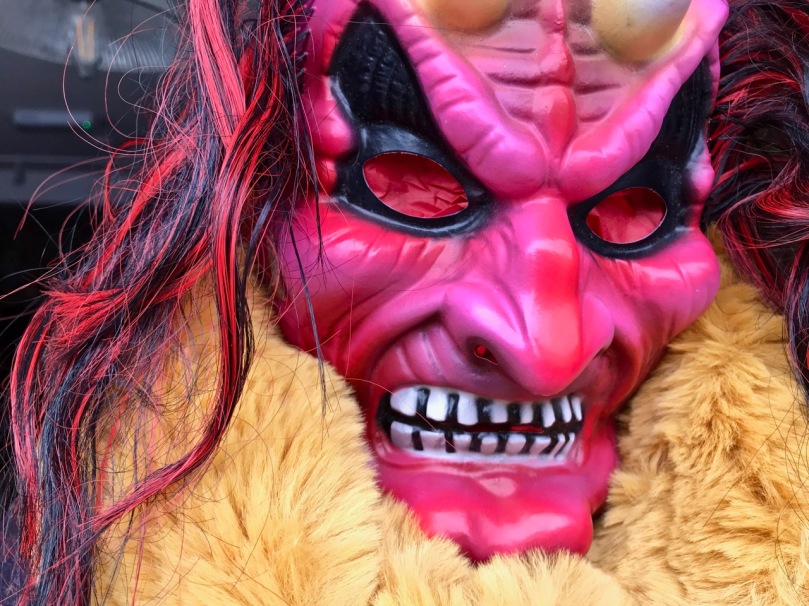 When I moved to the western counties of England I discovered that the Bonfire Night celebrations there were far more elaborate, probably far more ancient, and included blazing tar barrels being pulled through the narrow streets by crowds of young people. These seemed much closer to the outlandish atmosphere of Halloween which we find in Ireland now. Here’s a couple of pics showing the spectacle which happens at dawn every early November in Hatherleigh, Devon, where I lived for many years.

Anyway, I’ll let you have a look at the images which we have taken in Ballydehob this week, and you can see for yourselves what a dynamic, exciting and explosive place we live in! Thank you to the many residents, shop owners and publicans who have joined in and worked so hard to bring this ancient Irish festival to life today. 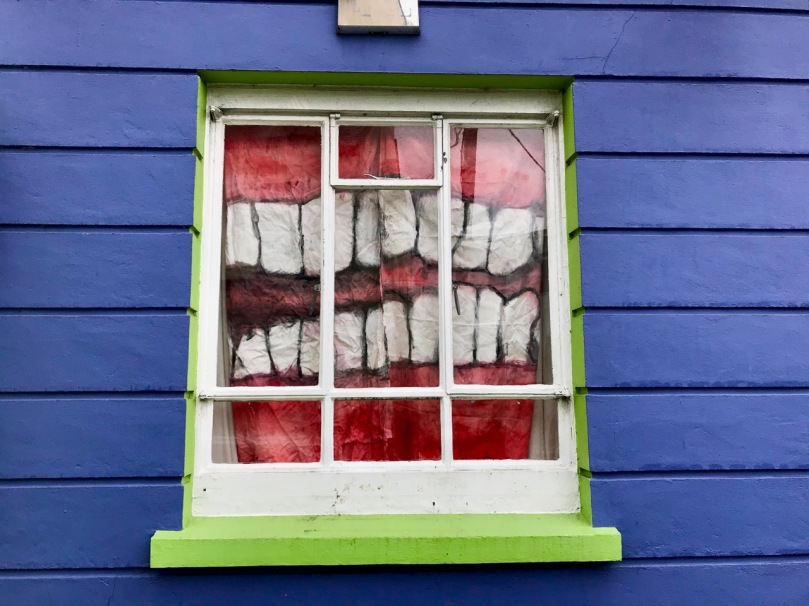 A very special event this year was the transformation of Bank House – Ballydehob’s former bank and now a centre for community events owned by the village – into a very scary ‘blood bank’, where visitors were invited to sample nasty food and to donate blood via the spine-chilling doctor! It was a unique experience! 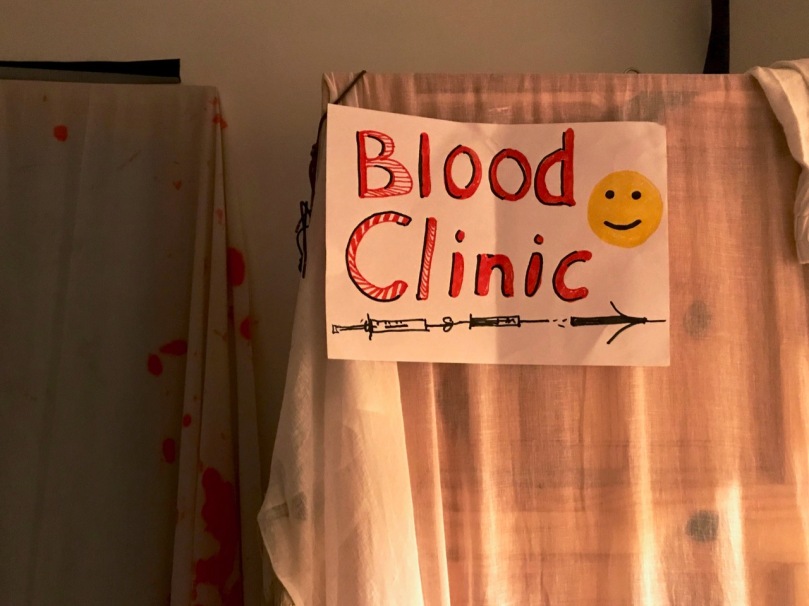 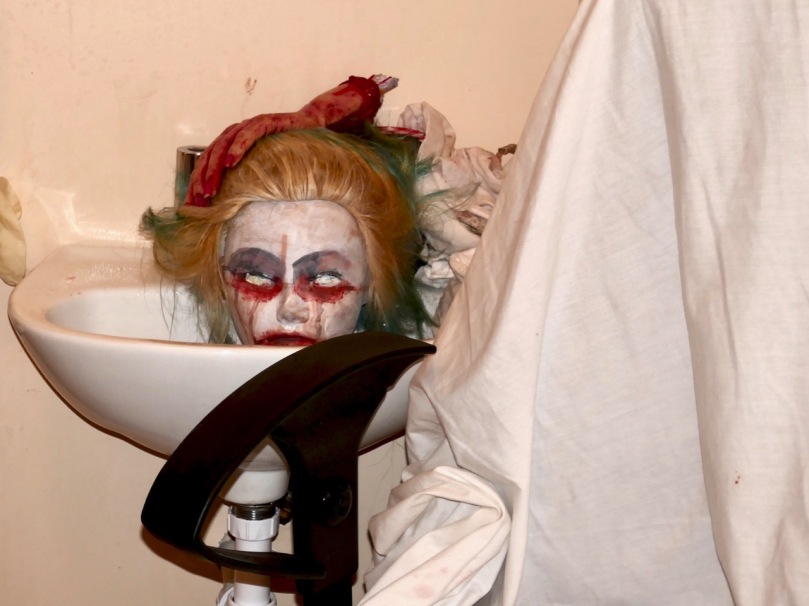 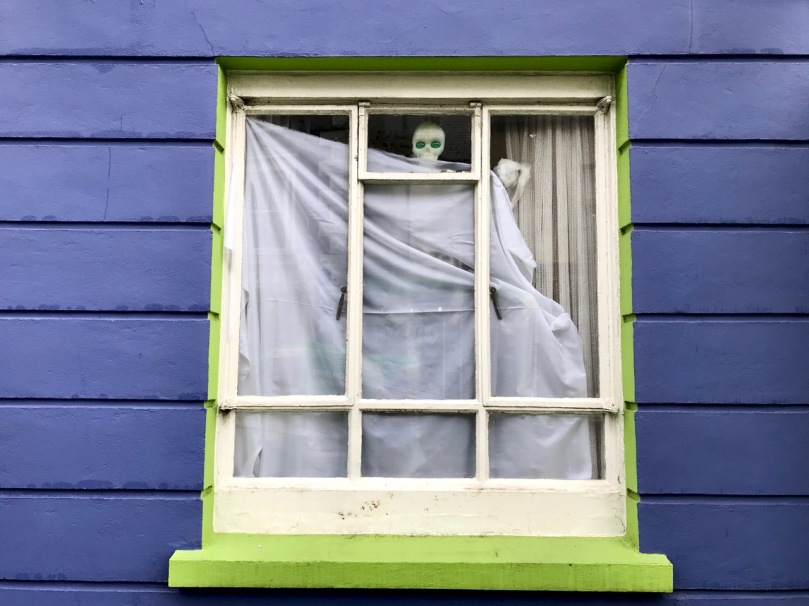 The topsy-turvy world is an aspect of folk culture that goes back a long way – and deliberately sets out to upset the norm, making us all feel a little less comfortable. This is Budd’s cafe in Ballydehob today. 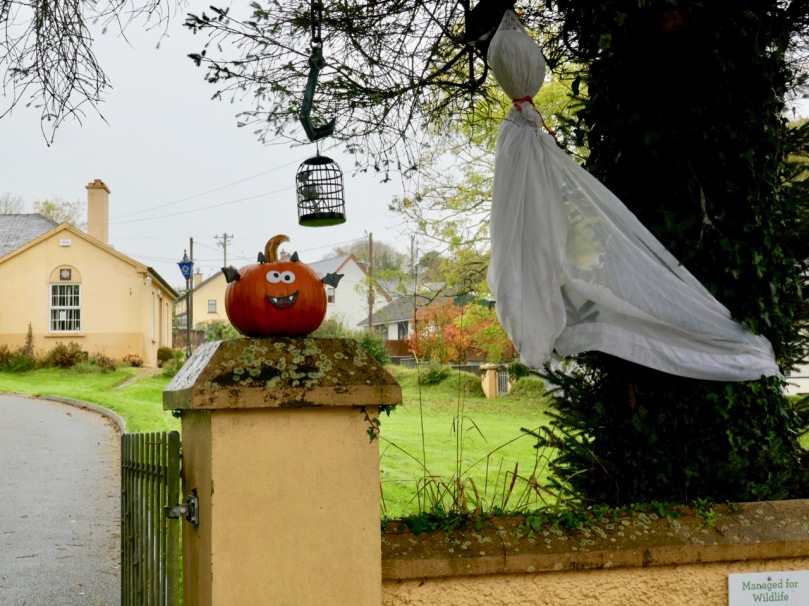 Ballydehob Garda Station has a haunted look about it this week! And the display there included a very appetising stew… (Pics above) 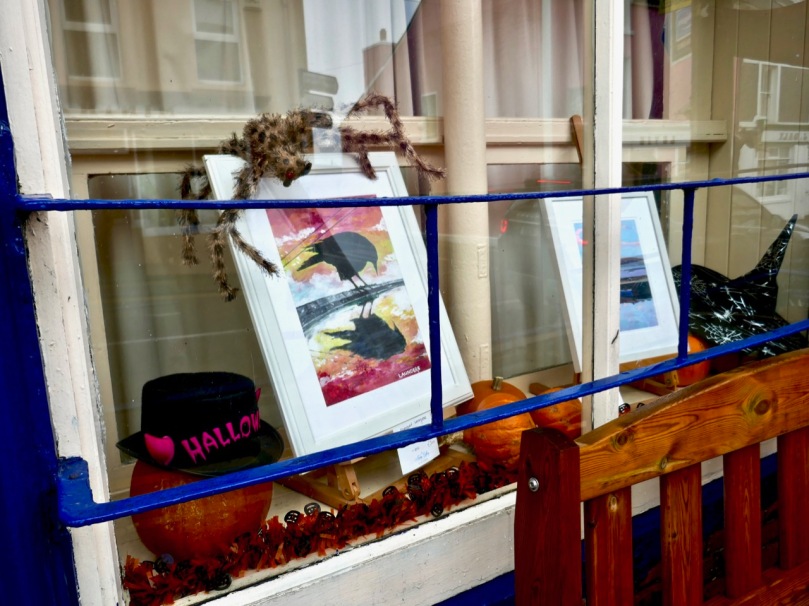 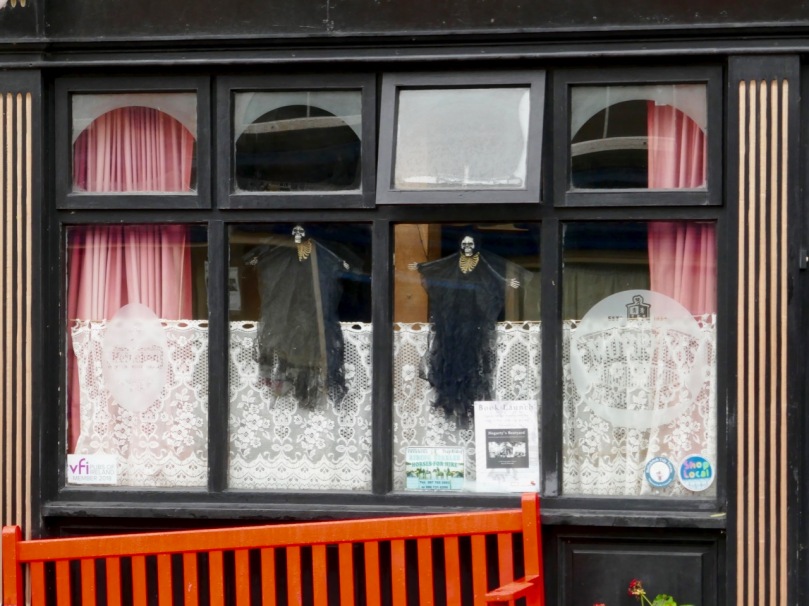 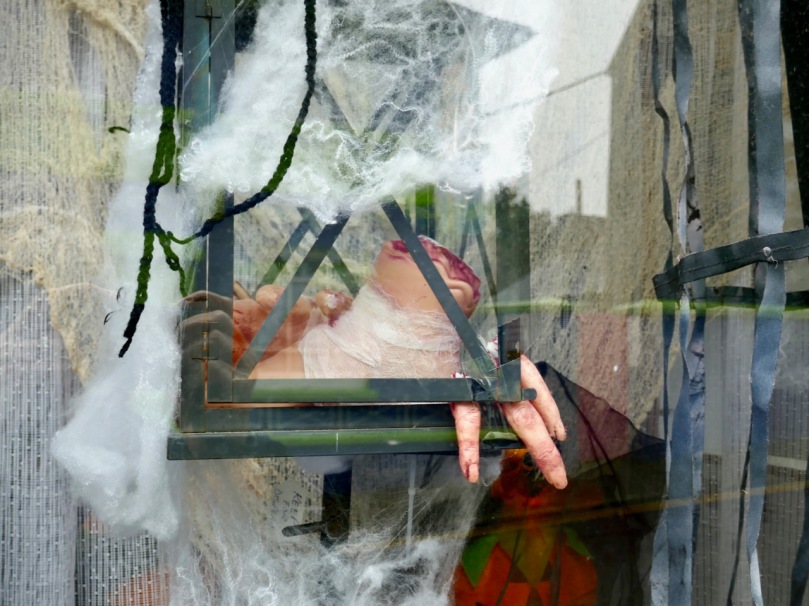 Remember that celebrations take place every year at this time around the world. In Mexico, for example, they have a ‘Day of the Dead’ on November 1st:  Día de los Muertos. It is a time to remember the ancestors, and welcome them back to their homes. During Day of the Dead festivities, food is both eaten by living people and given to the spirits of their departed ancestors as ofrendas (offerings), and decorations. In some parts of the country children in costumes roam the streets, knocking on people’s doors for a calaverita, a small gift of candies or money; they also ask passersby for it. The fiesta (which can last for three days) is filled with marigolds, the flowers of the dead; muertos (the bread of the dead); sugar skulls; cardboard skeletons; tissue paper decorations; fruit and nuts; incense, and other traditional foods and decorations. All this bears a remarkable similarity to the goings on in Ballydehob – and all over Ireland – today: skeletons and skulls are very much in evidence! 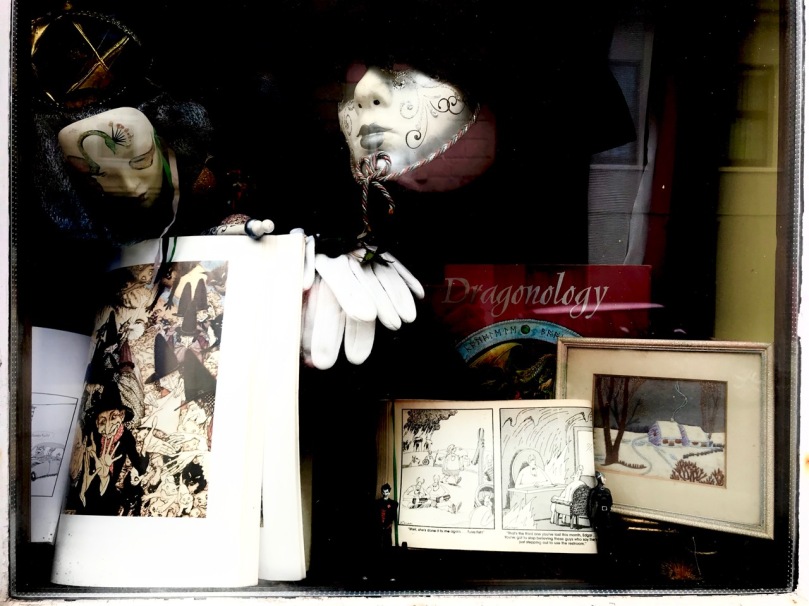 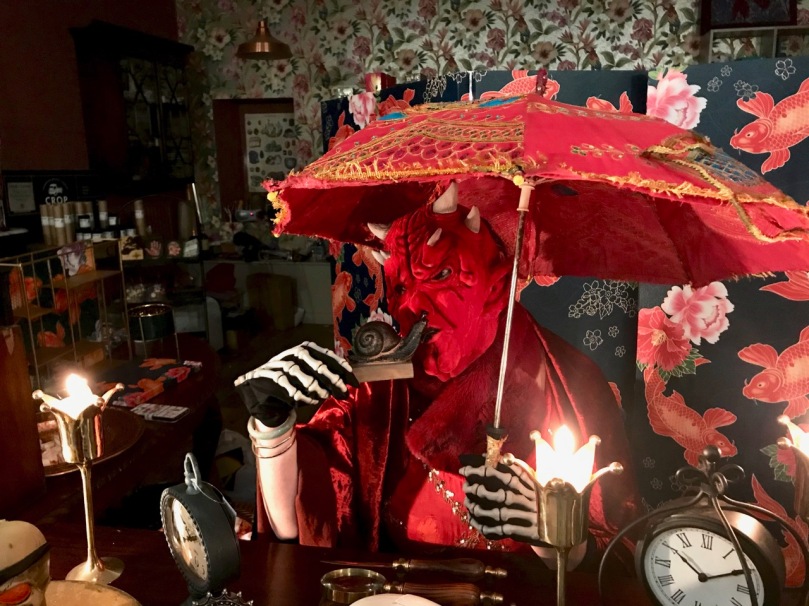 So I’ll leave it up to you to wish all your family, friends and ancestors Oíche Shamhna Shona Daoibh! next time you are involved in Halloween activities. But remember, also, the ancient origins of this festival, and the fact that very much the same thing – honouring the ancestors and the coming of the dark time of the year – is being enacted all across the world at this time.