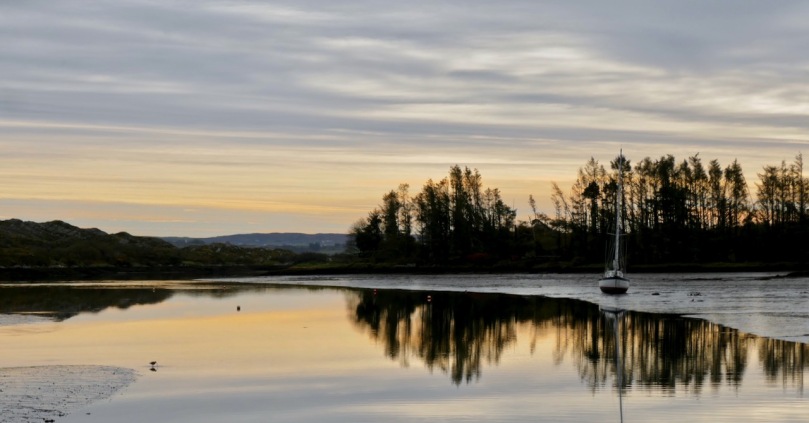 You wouldn’t want to do anything too hastily, like. We’ve only been blogging since 2012 –  beavering away, week after week, to let you all in on the epic stories and fabled landscape of West Cork (that’s Ballydehob Bay above, taken today). That’s seven years, 665 posts, four thousand regular followers, four hundred thousand visitors and about three quarters of a million views. About a third of you come from Ireland, two sizeable chunks of you from the USA and the UK, then Canada and after that it’s the United Nations of Readers. There’s a couple of African countries where we have yet to find a reader – and Greenland. Come on, Greenland! 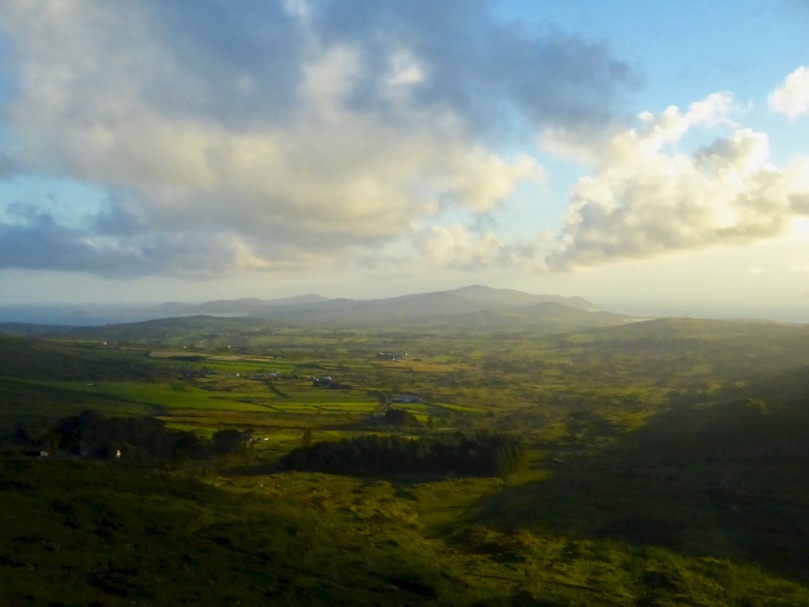 Our beat – the Mizen Peninsula, from the top of Mount Gabriel

We’ve been called “West Cork’s premier Arts and Culture blog” and “…The wonderful literary and visually rich website . . . is a treasure, a sort of 21st century Robert Lloyd Praeger, online…” We’ve had letters and comments from all over the world, some of which have led us down all kind of interesting avenues for further research. It’s been humbling and exhilarating and we are grateful for all your support.

You can expect lots of archaeology – still working on more posts about stone circles, like this one at Ardgroom on the Beara

In all that time, we’ve operated across two platforms. First our blogging platform, WordPress, and second, Facebook, which we joined in Sept 2014. Both are marvellous, user-friendly (well, most of the time) services that have allowed us to connect to our readers and promote both our blog and West Cork. As a couple of retired professionals with average techie skills, that’s been a godsend.

And now we are venturing from the Blogosphere to the Twitterverse. We’ve set up a Roaringwater Journal Twitter account, with the handle @RoaringwaterJ. We’ve tweeted a few recent favourite posts just to get us started, and will be tweeting all our new posts as they are published, and maybe the odd photograph or two as well.

We’re planning to look in depth at the wonderful Murphy Devitt stained glass windows in Cork soon. Here’s one of the Horsemen of the Apocalypse from a MD window in Newbridge College 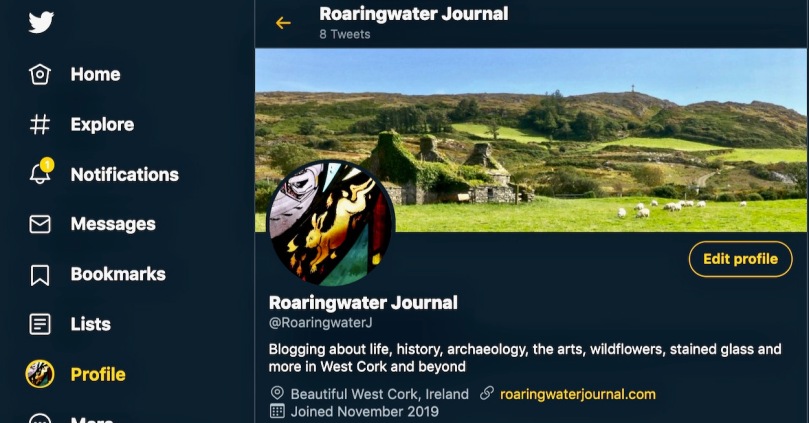