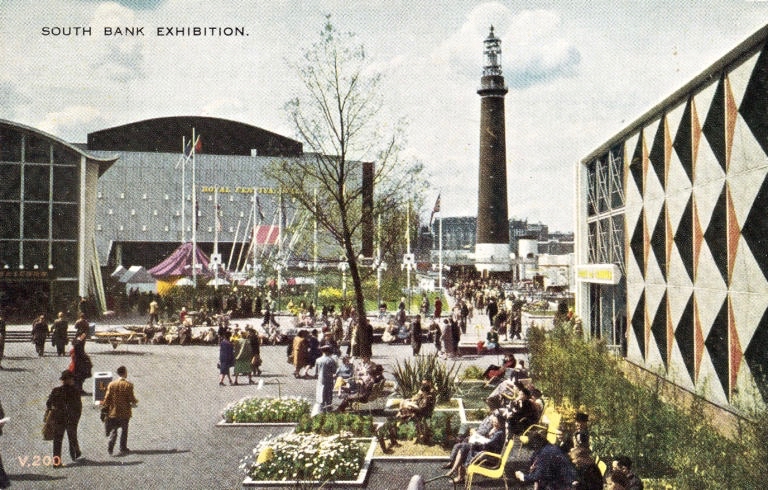 1950 happened 70 years ago – obviously. My earliest substantial recollection of the 50s era was a visit to the Festival of Britain, London, in 1951: I was five years old, and the memory has lasted. Incidentally, that year also saw my very first day at school, a traumatic experience from which I have never fully recovered – but that’s a story for another day!

I suppose that the seeds of an interest in building and engineering structures must have been in me then, because it is the architecture of that Festival that has stayed with me – and which probably influenced me in my own later career. Not that I ever designed a Dome of Discovery, or a Skylon – more’s the pity, but I think I have always related to the throwing off of tradition and the embracing of new and exciting shapes and colours which came out of the Festival. I believe we are overdue a revival of that bravado to lift our spirits once again. 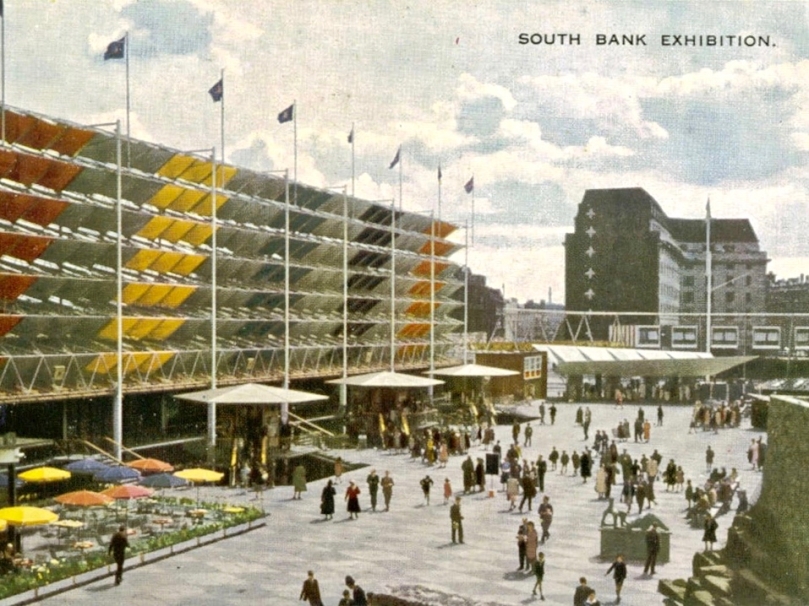 I was pleased to find these contemporary picture postcards of the 1951 Festival of Britain: everything is exactly as I remember!

In the words of the Festival’s Director-General, Gerald Barry, it represented “a tonic to the nation” after twenty years in which Britons had successively endured economic depression, total warfare and acute post-war austerity. However, the Festival of Britain was the product of a left-wing government and it has been said that Churchill (then leader of the opposition) held the view that the whole venture was “three dimensional socialist propaganda”. I’m not sure that this is really true, as he attended the Festival and evidently spent all day riding up and down the escalators – then a novelty – with great delight! I also remember those escalators: we called them moving stairs (I still do – just like I still call the cinema the pictures). Finola clearly remembers riding on Ireland’s first moving stairs, in Roche’s Department Store, Dublin. But that was 1963; today’s post is all about the 1950s, but in rural Ireland.

The Half Door, an image from rural Co Clare by Dorothea Lange

On a recent trip to Dublin we visited Ireland’s Museum of Decorative Arts & History at Collins Barracks. We went specifically to see an exhibition: Ireland in Focus: Photographing Ireland in the 1950s. This features “rare images of forgotten Ireland” by three world renowned documentary photographers, one from France and two from North America. Each of them visited Ireland during the 1950s to record a traditional way of life that was perceived to be vanishing as the twentieth century progressed. For anyone interested in Ireland and its recent history, this is not to be missed: it runs until April. In this post I shall show some examples of the work of one photographer: Dorothea Lange. The others will get a showing in future posts. 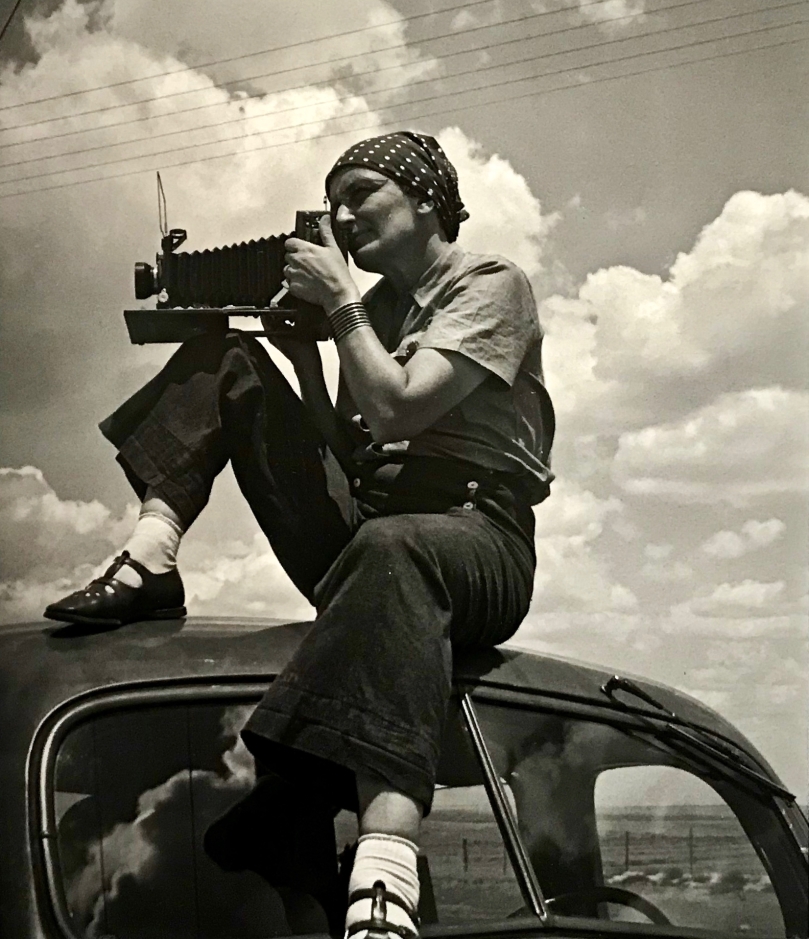 Dorothea Lange, a portrait taken by her husband Paul S Taylor on the Texas Plains in 1935

We had already been introduced to Dorothea Lange as my good friend John (also an expert photographer) recently gave us a copy of a book of her Irish photographs. Sponsored by Life Magazine, she visited the western seaboard in 1954, staying for several weeks in County Clare. She took over 2,400 photographs, which are now fortunately archived in the Oakland Museum of California. In the introduction to the book Dorothea Lange’s Ireland Eliott & Clark Publishing, Washington, 1996, Daniel Dixon writes:

. . . Dorothea Lange was not an avid reader. But among the few books which became her favourites was a description of the sort of culture that drew her attention time and again throughout her career, a rural society where customs, beliefs, and the way of life itself were tied to the soil. The book was called The Irish Countryman. Written in 1937 by a young anthropologist from Harvard, Conrad Arensberg, it documented and analyzed the social and economic traditions of Irish rural life and discussed how they were affected by religion and superstition. In it, Arensberg located the family farm at the hub of this complex system and explained how each generation placed an overriding importance on ‘keeping the family name on the land’ . . . 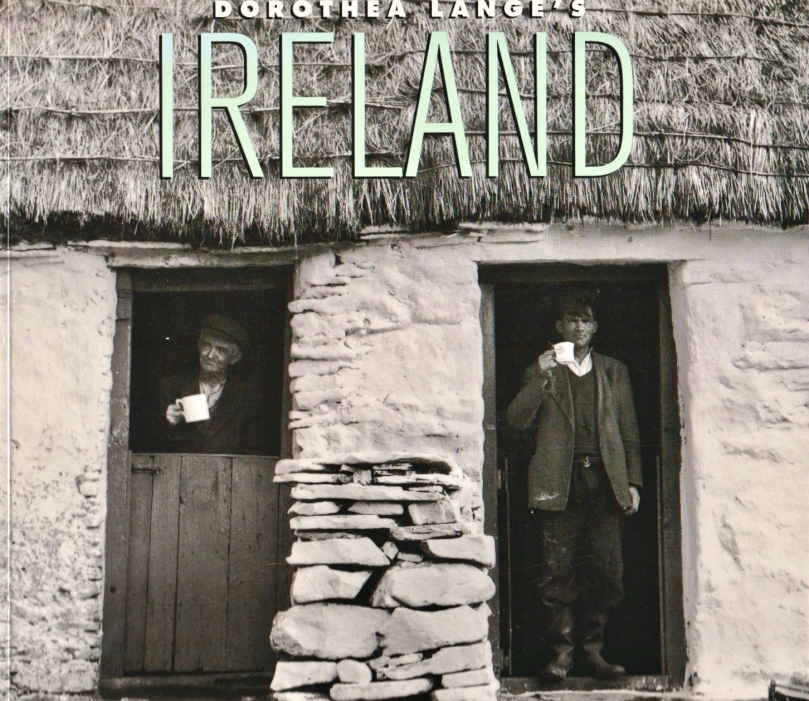 Why is it that we are so drawn to old photographs? Lange’s pictures paint a view of rural life in Ireland that is barely a lifetime away – yet it seems far longer ago. But, living in rural Ireland today, we can so easily relate to those times and – most probably – regret that they have passed. Of course, if we lift the veneer of nostalgia, we know that life was harsh, then and – for all the problems of this world – it is so much easier now. We doubtless have regrets principally for the loss of the people that are portrayed; moments preserved for all time on film, but that can never be recaptured. 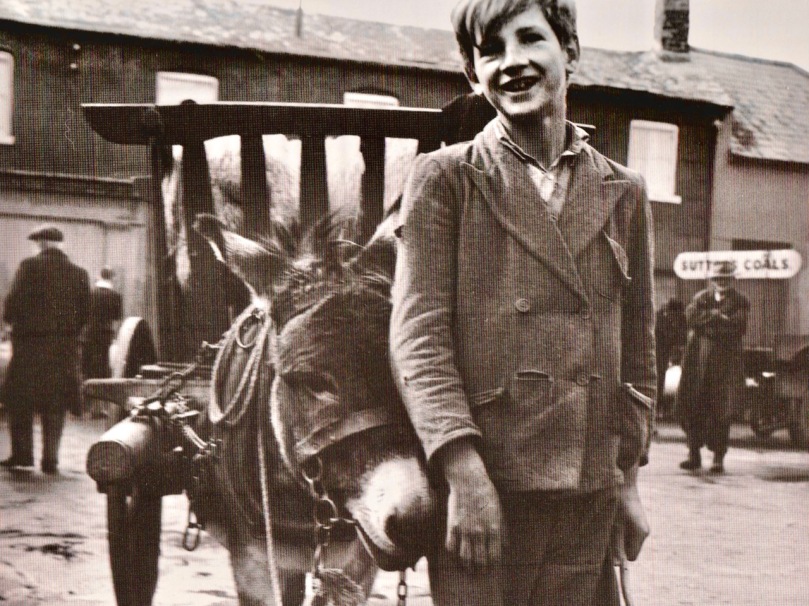 Quite apart from the people, we do like to see how places have changed. These images of 1950s Ennis, now a sizeable county town, hark back to simpler times, for sure, in Lange’s work: 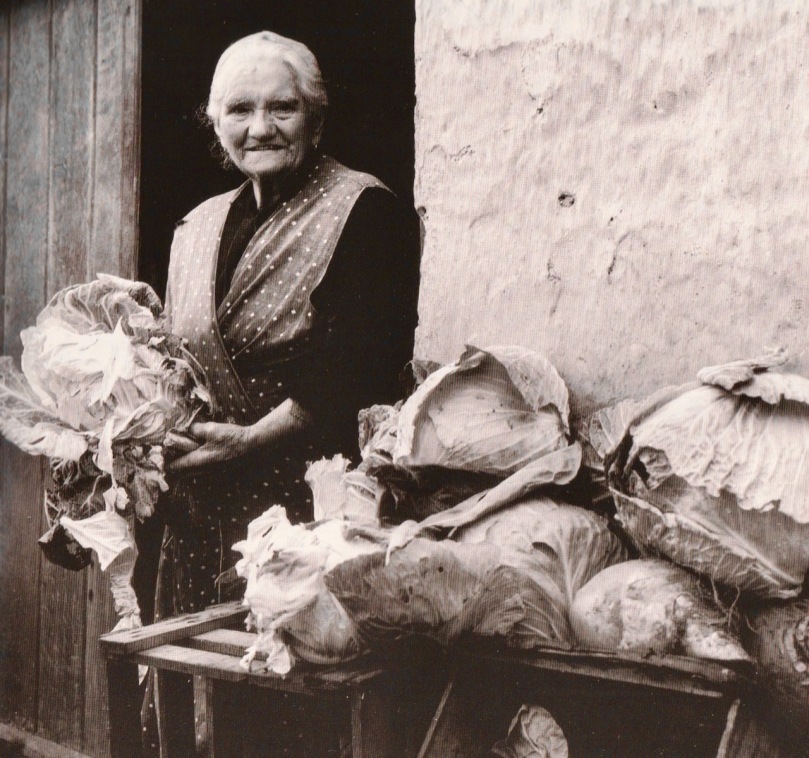 You won’t see every one these pictures in the exhibition – I have taken some from the book. They all complement each other. But it’s all only a small part of what Dorothea Lange recorded. What of the several hundred other images? At least they are kept safe, although not available on line. Lange was born in 1895 and succumbed to cancer in her seventieth year, 1965. A few months after her death the Museum of Modern Art in New York mounted a retrospective of her work. It was the first one-person retrospective by a female photographer held at MoMA. She is remembered far more for her images of the Great Depression years in the American West than she is for her visit to Ireland, but here we should be grateful for her documentary work that has added to our records of Irish rural life in the last century. 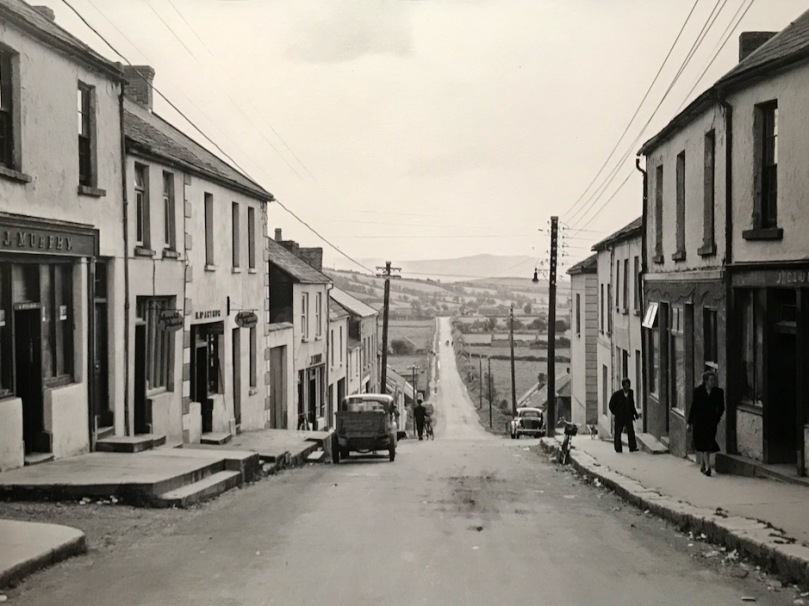 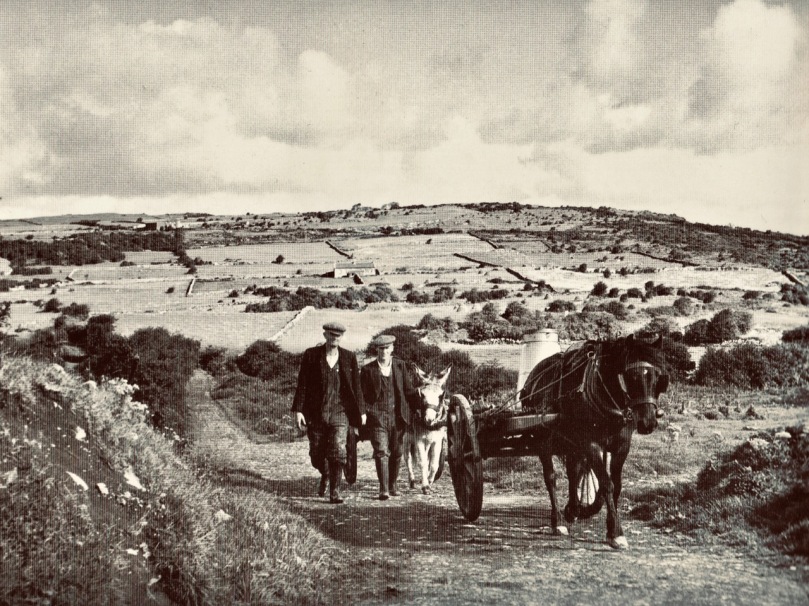 Top – Tulla, Co Clare; above – going to the Creamery, Co Clare, 1954. Below: Dorothea Lange in Ireland