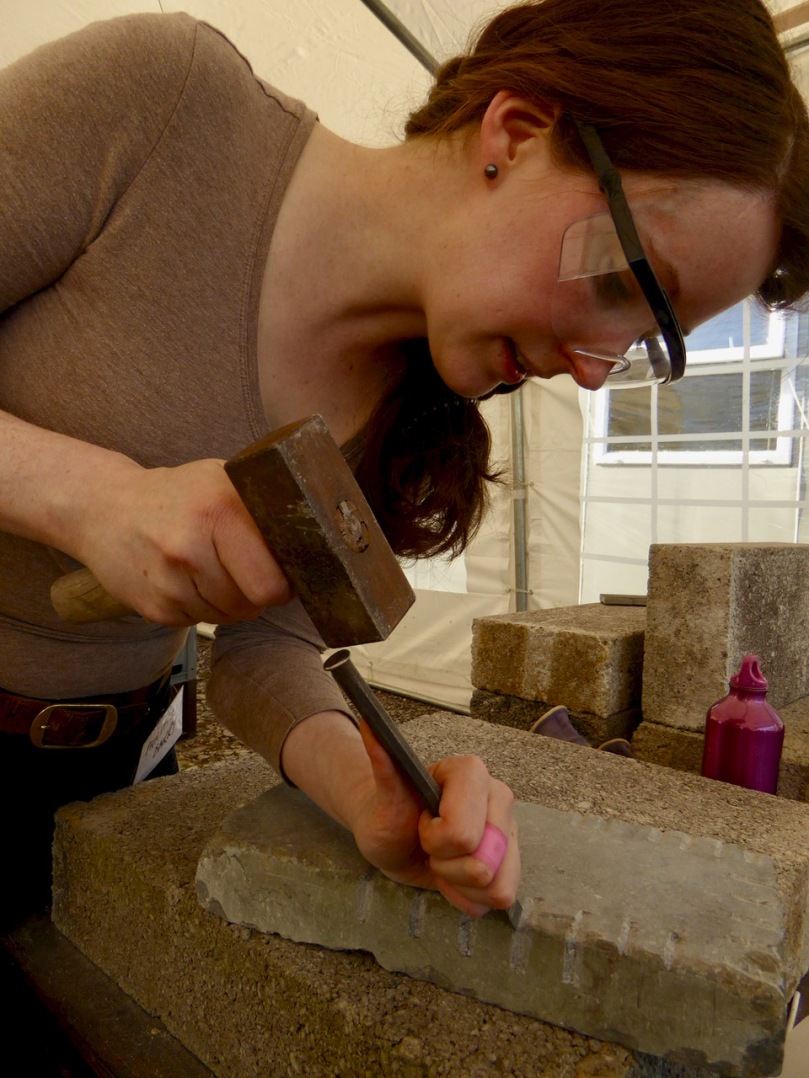 It started on Friday in glorious sunshine and the West Cork Stone Symposium ended today in the same magnificent spring skies. All participants appear to be on a high, and that includes me. 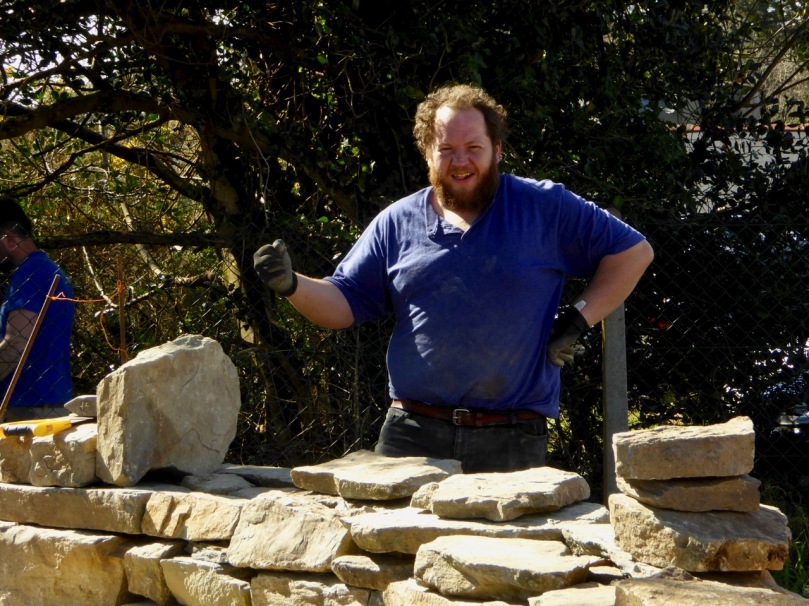 A barbecue pit for the community of Ahakista. Look what we built!

Anyone who lives in or has been to Ireland knows we’re all about stone. Stone walls, stone buildings, stone sculpture, stony landscapes…it’s in our DNA. Wicklow granite, Burren limestone, the basalts of the Giant’s Causeway, Connemara marble, the great slate quarries of Clare and the quartzite peaks of Donegal’s Errigal Mountain. And here, in West Cork, the old red sandstone, in use since prehistoric times to build field boundaries, stone circles and portal tombs, to erect standing stones, and to construct everything from the humble cottage to the big house.

Light on Stone – the theme of the photography workshop led by Ben Russell.

For us, of course, the old red sandstone is the canvas used for the prehistoric rock art we study. But as one of the organisers of the festival said – everyone who came to the Symposium came with their own experience of stone and their own plans for how they wanted to work with it. Thus, the two main events on the program revolved around stone carving and dry stone wall building, but there was lots more on offer too – guided hikes, a photography day, a whiskey-tasting walk around Whiddy Island, an evening with the Cork Astronomy Club talking about stone circles, a presentation on the dry stone walls of Cork, and more. 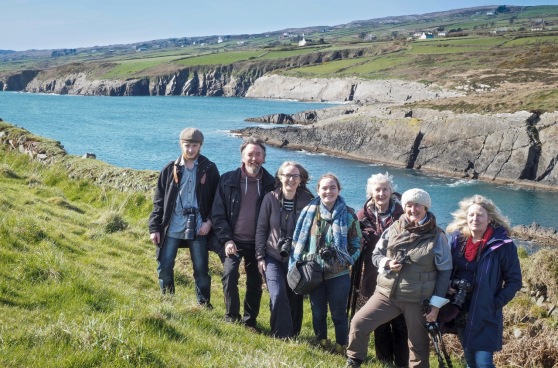 Robert and I participated in several ways: we mounted a pop-up version of our Rock Art Exhibition in Bantry, we gave a talk on rock art, and I enrolled in the all-day photography workshop, Light on Stone, with Ben Russell. This was a great learning experience, half in the classroom and half in the field. The morning outdoors session was spent at Dooneen on dramatic cliffs with the Caribbean blue sea below us. 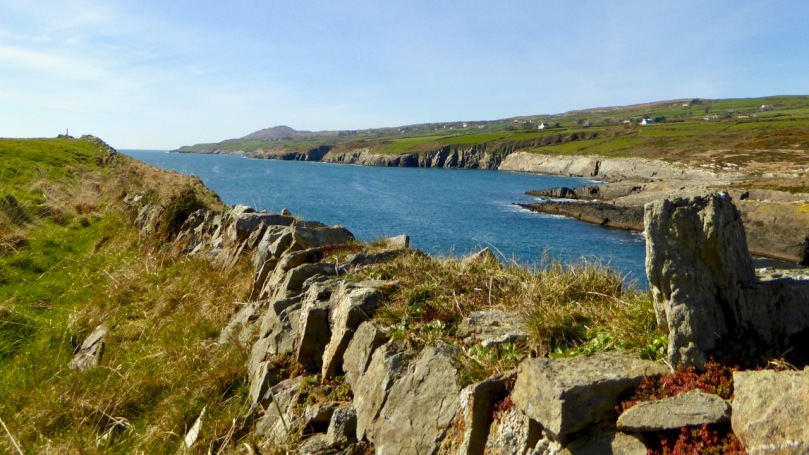 In the afternoon Ben led us through taking close-ups and macro shots and then we headed off for the symposium site to photograph whatever we wanted.

Watching and talking to both the carvers and the wall-builders was marvellous. Of all ages and stages, the students were a study in concentration, discovery, and pride in achievement. 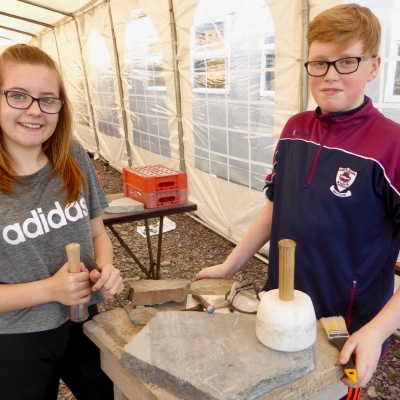 The wall-builders had undertaken a long dry-stone wall and a barbecue pit, both of complex and attractive design. Covered in dust, sweat, and broad smiles, they were delighted to talk to me about what they had learned and about their respect for the tutors and their skill. 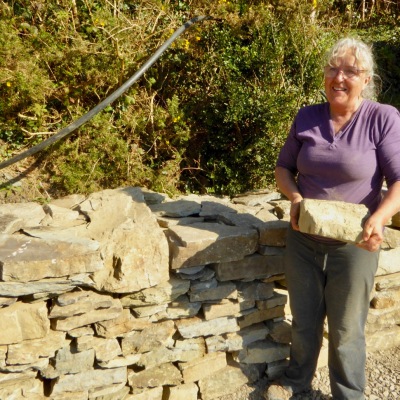 Rita and her friend had worked on the wall. By the end of day three they were exhausted – but look at those grins!

The carvers were all working on individually chosen pieces – words, animals, geometric designs. Few of them had done anything like this before and all were delighted with what they had accomplished. “I never thought I could actually do something like this” was a common refrain.

I was delighted to run into Cliodhna Ní Lionáin again – last time was at a talk she gave on rock art in Dublin. Here she is carving a deer from a Spanish rock art panel

Today we were back to the Sheep’s Head – the Symposium was centred in Ahakista – to give our talk and watch the erection of the standing stone carved by participants.

Members of the organising committee. Second from the right is Victor Daly, our local stone carver and one of the Symposium’s tutors.

This is the inaugural symposium and it’s been an incredible success. There are plans for it to be annual. Have you ever wanted to carve something? Just want to know more about working with stone? Keep an eye on the website and next year come along and experience it for yourself – it will be one of the most unique and rewarding things you will have ever done.