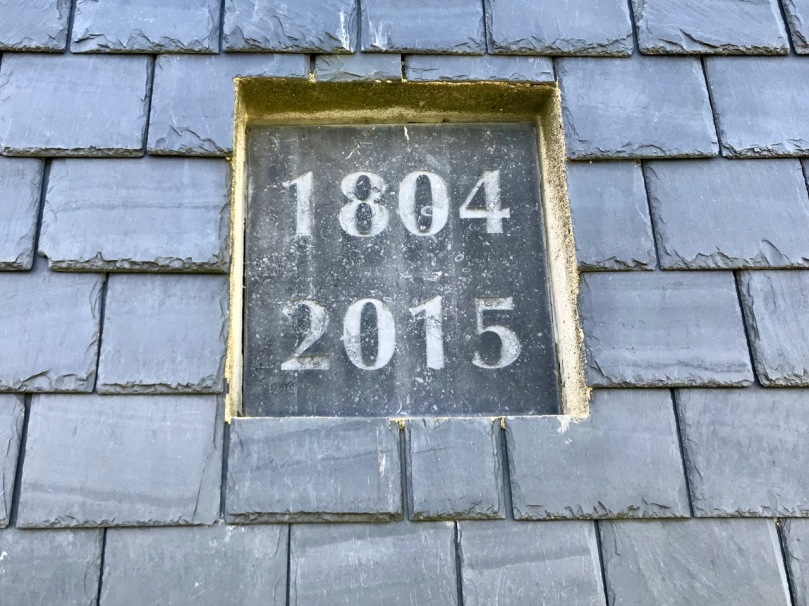 Don’t you wish, sometimes, that you could just walk into history? I have felt that, often, when visiting historic sites: you see the remnants of something – a stone circle, rock art, an ancient dwelling, a battle site – and you just want to be able to go back in time and talk to the people who made them, or who visited them. You want to ask, of course, why the most enigmatic monuments were built – and what was it like to be there in those days?

In my posts of the last two weeks we have visited some 19th century signal tower sites in West Cork. The first example, at Kedge Point near Baltimore, is a shell but there is sufficient of it to see exactly what it looked like, set high up on its lonely perch looking out over the cliffs. Last week we walked towards the westernmost end of the Sheep’s Head Peninsula to find scant ruins of a tower there, but with very fine vistas in all directions. 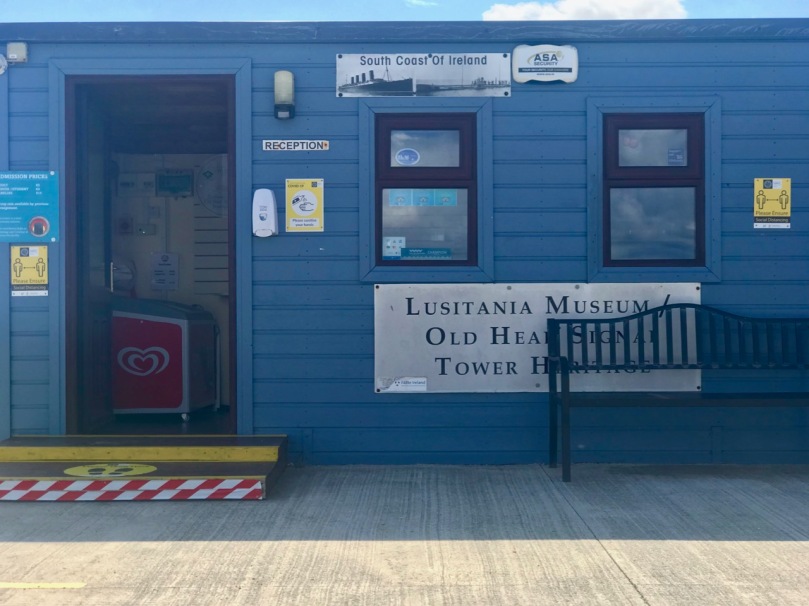 This time we are looking at another signal tower – on the Old Head of Kinsale – but it’s not a ruin. It has been fully reconstructed so that it is exactly as it was in its heyday. At the Old Head we truly can walk into history! 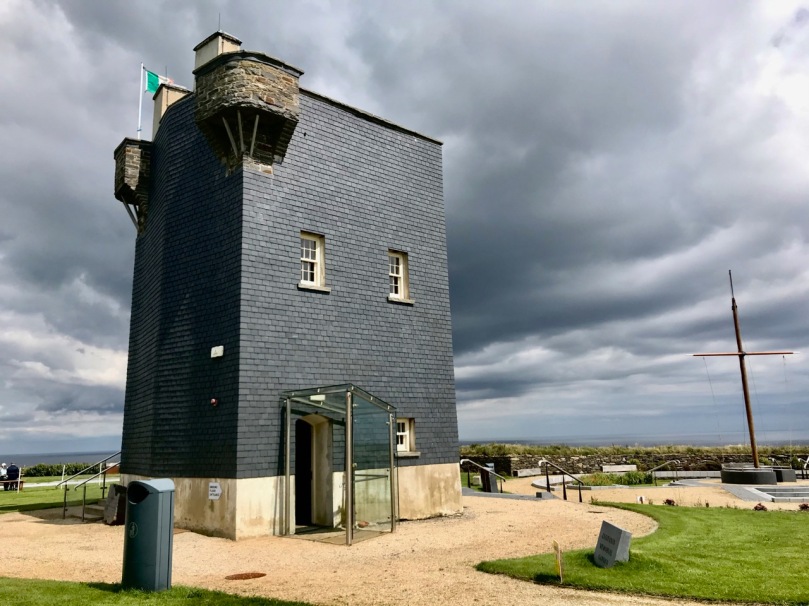 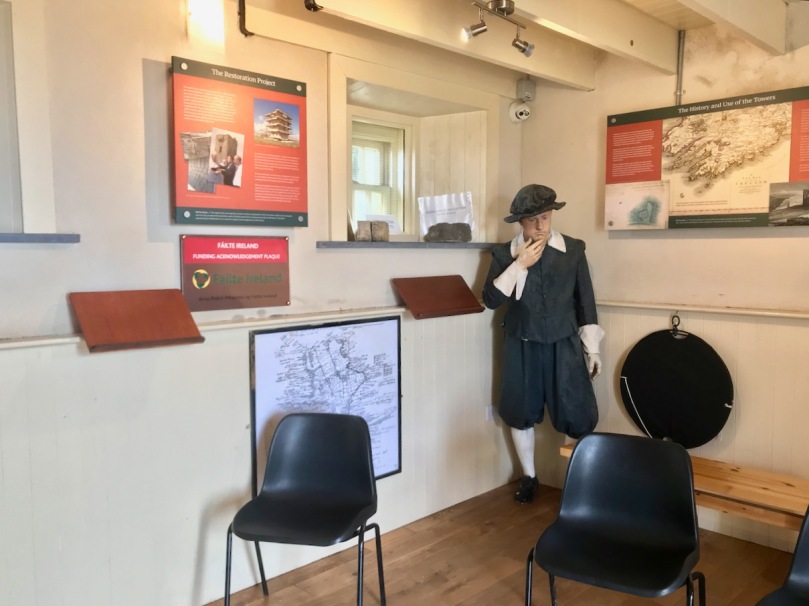 I think I’m probably safe in saying that there isn’t another museum dedicated to the Irish signal towers anywhere in the whole world! And it’s pretty special that the museum has been created by restoring an existing signal tower. And – when we visited – we were lucky enough to meet JJ who – it can reasonably be said – was the driving force behind the whole project. 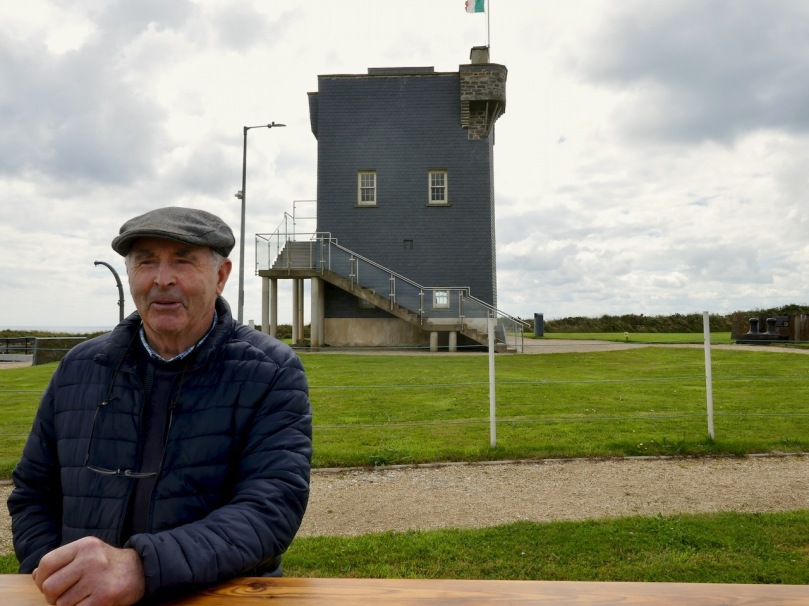 Ten years ago West Cork development Partnership were looking for projects which would benefit the area, encourage economic activity and attract visitors. JJ gained support from enthusiasts locally and proposed establishing a heritage centre at the site of the old signal tower, which was at that time a substantial ruin. As the Old Head is also the closest point to the wreck of the RMS Lusitania, which was sunk by a German torpedo in May 1915, the idea was also advanced that the heritage centre could also encompass the story of that tragedy. The whole idea caught the public imagination and, after five years of hard work, came to fruition. The fully restored building was opened in time to commemorate the centenary of the Lusitania’s sinking. 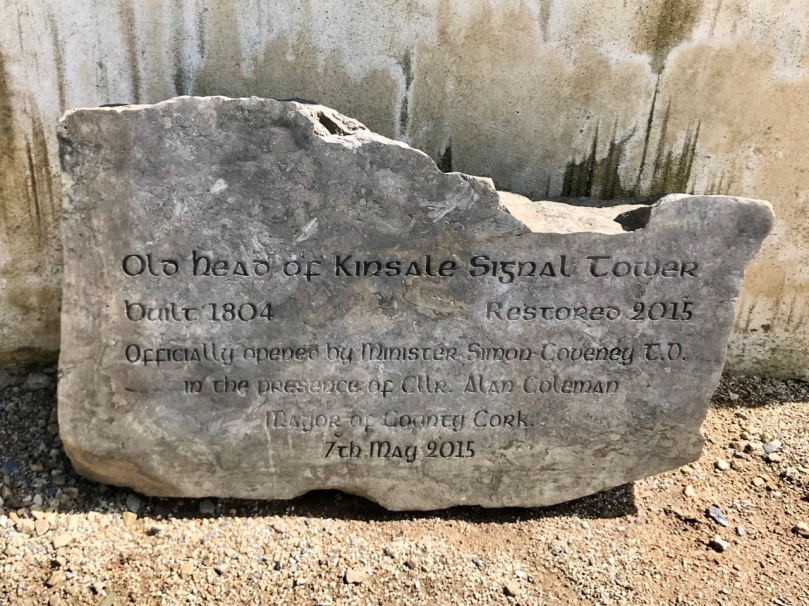 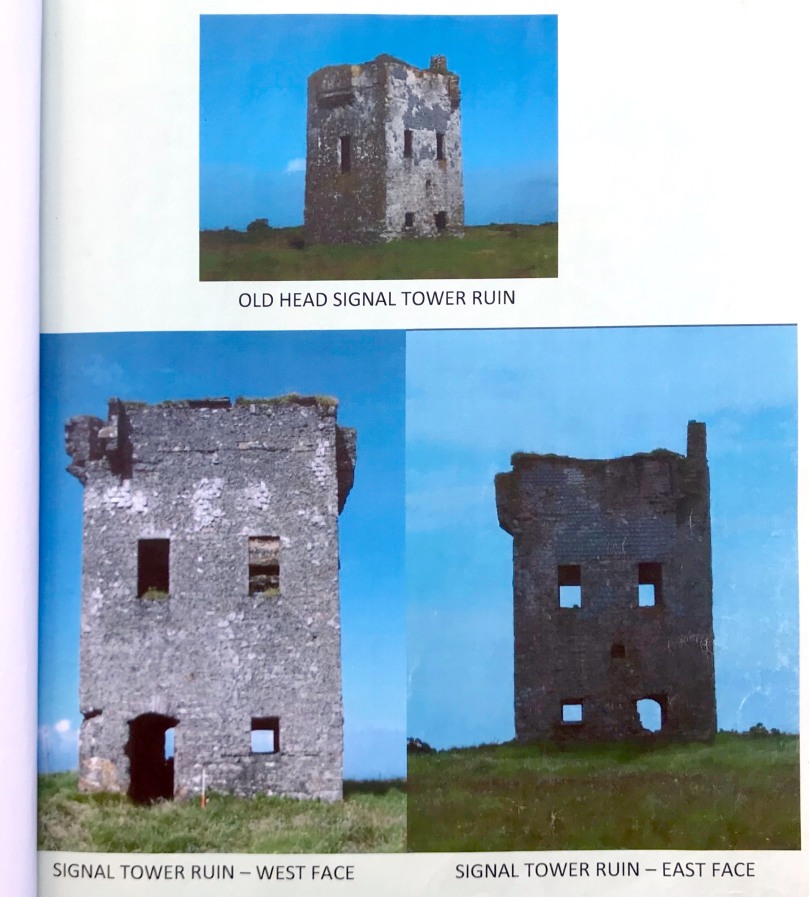 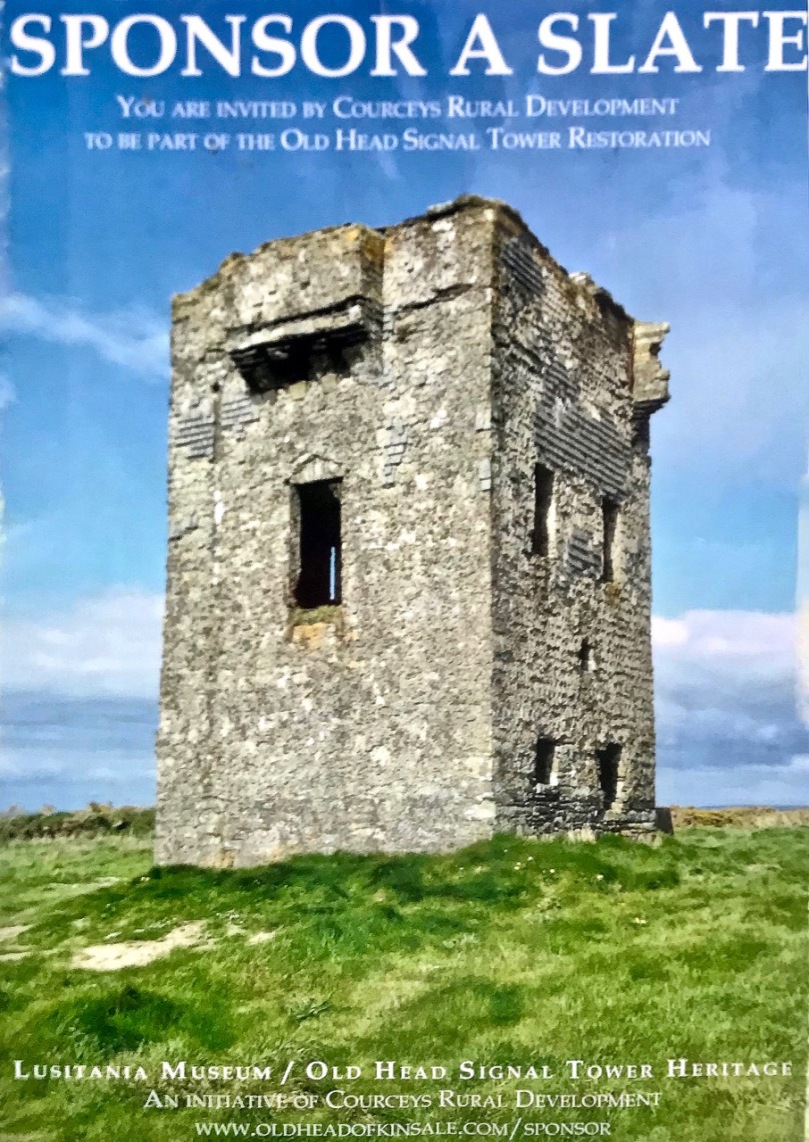 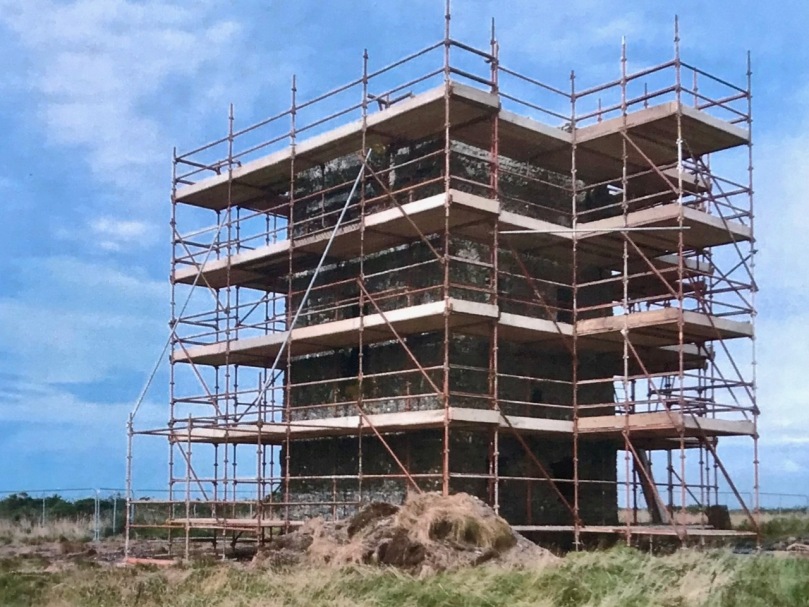 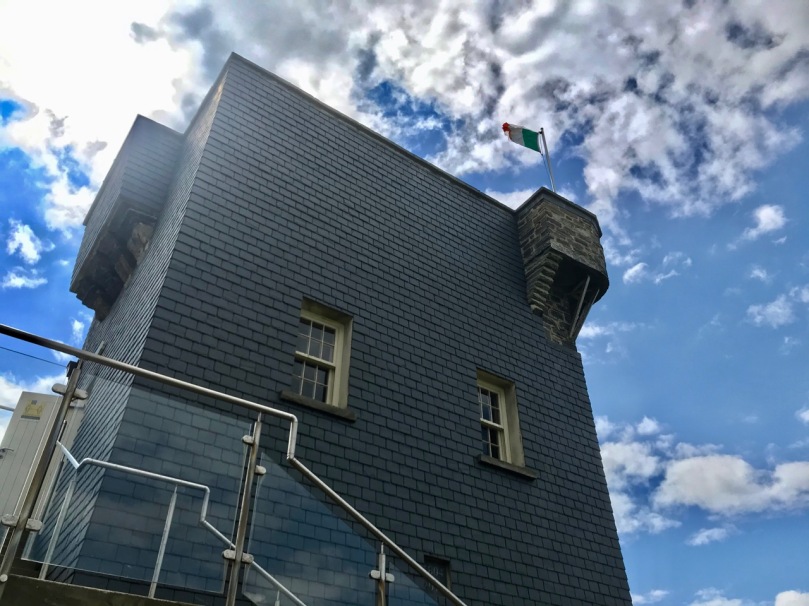 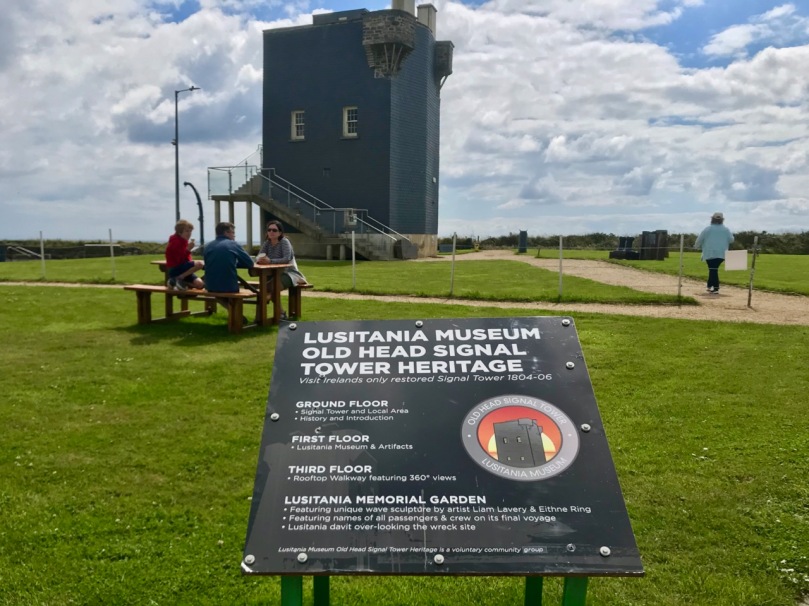 Evolution of a ruined tower, and the birth of a significant memorial to a WW I tragedy through the celebration of a little known aspect of Irish engineering in the Napoleonic era

JJ Hayes and the team he gathered around him have to be congratulated on their aspirations, and on their tenacity in realising their dreams in such a professional manner. They have brought the signal tower back to life using sound and sustainable construction techniques which are completely appropriate to the building type and will ensure that it will survive long into the future. In this video you can watch a first hand account of the restoration work, narrated by the construction Project Manager, Brandon Duarte:

There are so many creative elements to this project: beyond the building a Lusitania Memorial Garden has been laid out as a contemporary work of art, the centrepiece of which is a 20 metre long bronze sculpture by artists Liam Lavery and Eithne Ring. We featured another example of their work earlier this year. This work contains the names of all the one thousand nine hundred and sixty two passengers and crew who were on board the ship on that fateful day. Twelve hundred perished. 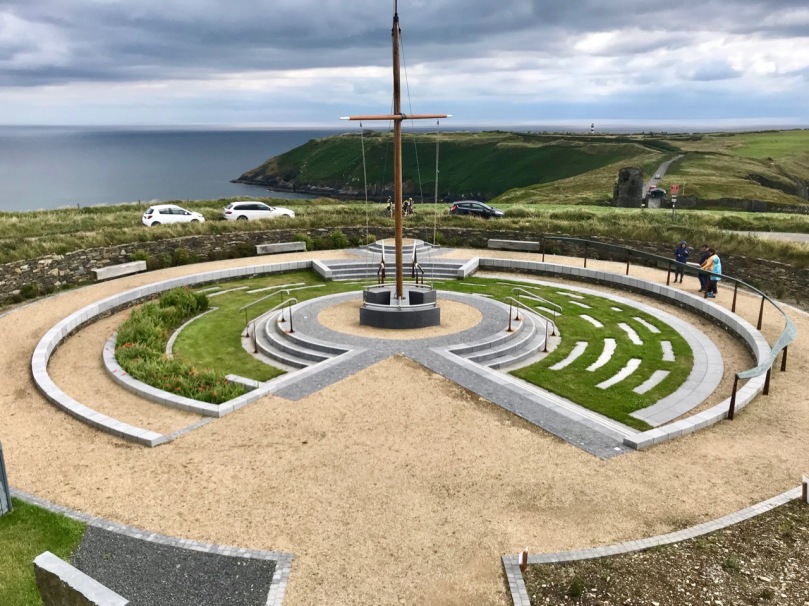 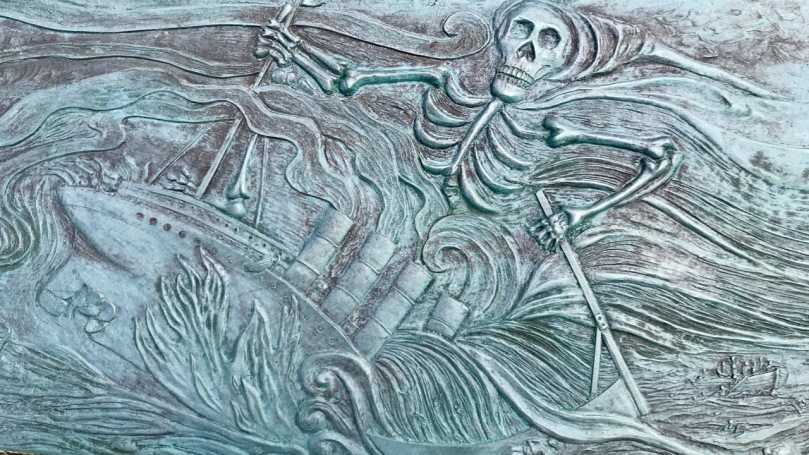 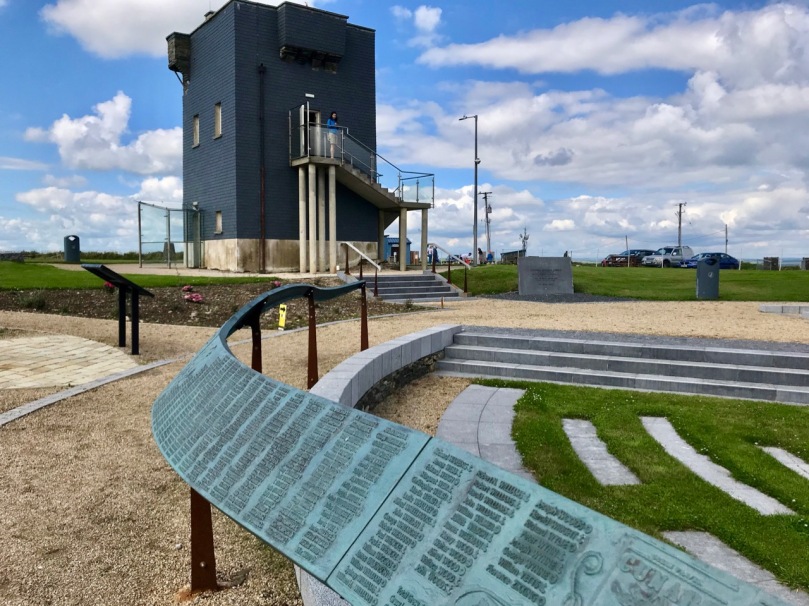 Lusitania Memorial Garden, with Sculpted artwork commemorating the victims of the sinking

The centrepiece of the Memorial Garden is a rigged ship’s mast. This is placed roughly where the original signal mast associated with this tower would have been – the focal point for sending and receiving signals over two hundred years ago. This mast is from the Sail Training Vessel Astrid – a 42 metre long tall ship which started life in the Netherlands in 1918 but sadly ended by foundering just outside Kinsale Harbour on 24 July 2013. Fortunately, in this case, all on board were rescued. It is apposite, perhaps that these many nautical links are brought together at this centre as all the signal towers are believed to have been manned by sailors or retired sailors who relied in their day on good systems of communication – systems which evolved rapidly through history. 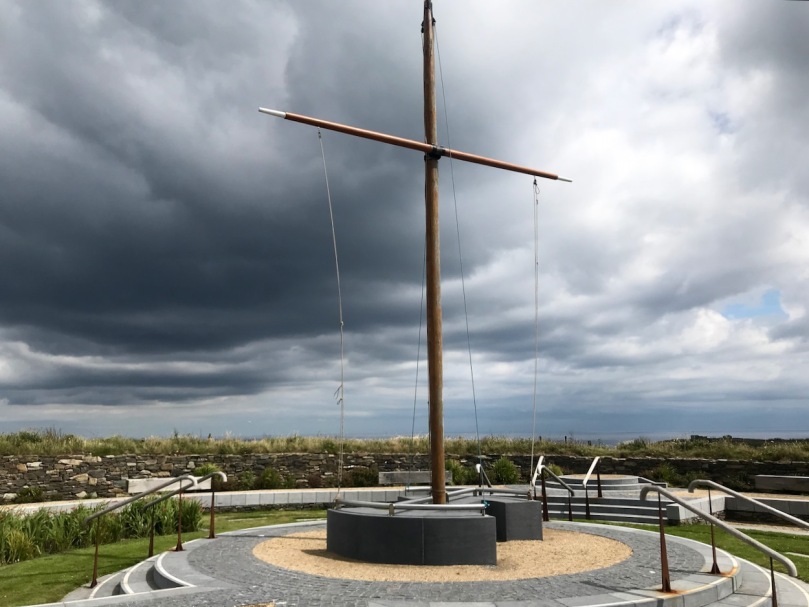 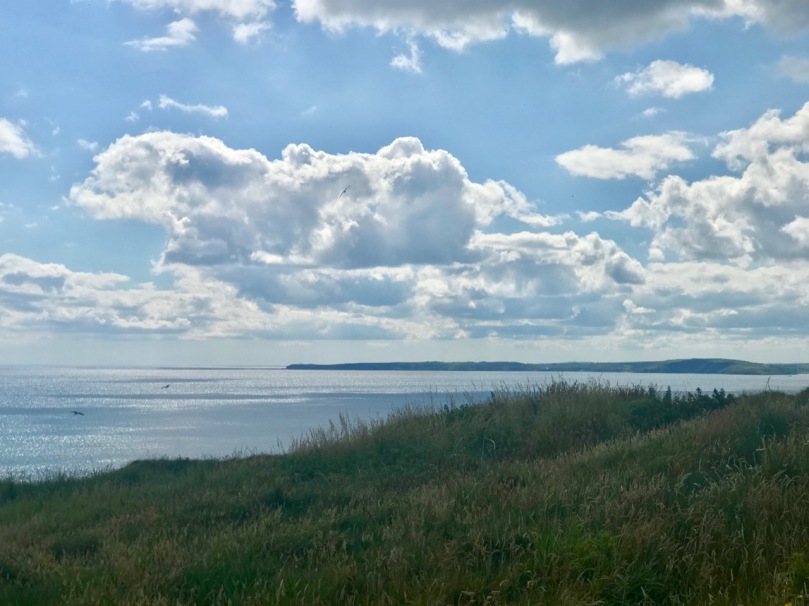 From the Old Head of Kinsale Tower, which is number 25 of the 81 that were built around the coast of Ireland you can see tower number 26, which is on the Seven Heads peninsula, 13 kilometres to the south west (above and view from the tower parapet, below). Again, we can only admire the quality of the optical devices used to see and clearly read the flag and ball signals at such a distance. In fact, the whole subject of signalling and communication – particularly in association with these Irish stations – is worthy of a future post of its own. Keep watching out! 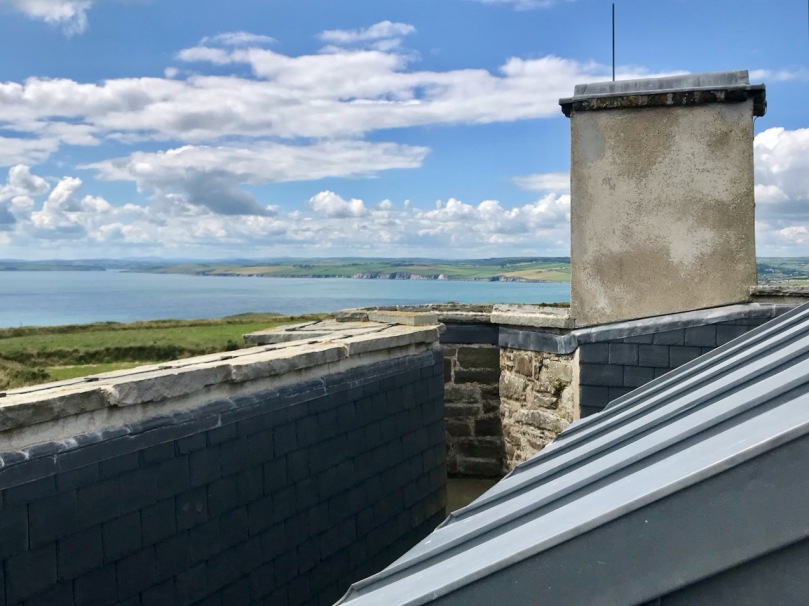 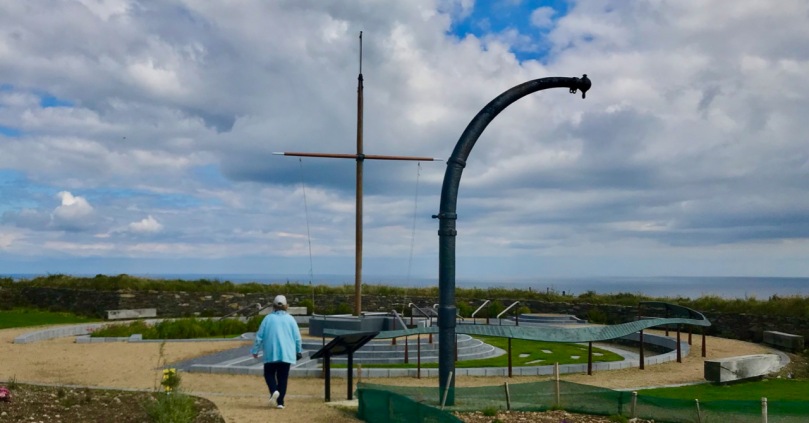 The Old Head of Kinsale Signal Tower and Lusitania Museum has opened for the summer season following closure during the Covid19 lockdown. Systems are in place to ensure health and safety and social distancing. Follow the link to this website for full information on opening hours and directions