…The heat of the summer was eased by the cooling breezes from the Atlantic. It was busy on land and sea, with seine fishing by night and fish curing and farming by day, but there was always time for scoriachting, games and dance, sometimes on Carbery Island or across Dunmanus Bay…

(from Northside of the Mizen by Patrick McCarthy & Richard Hawkes, Mizen Productions, 1999) 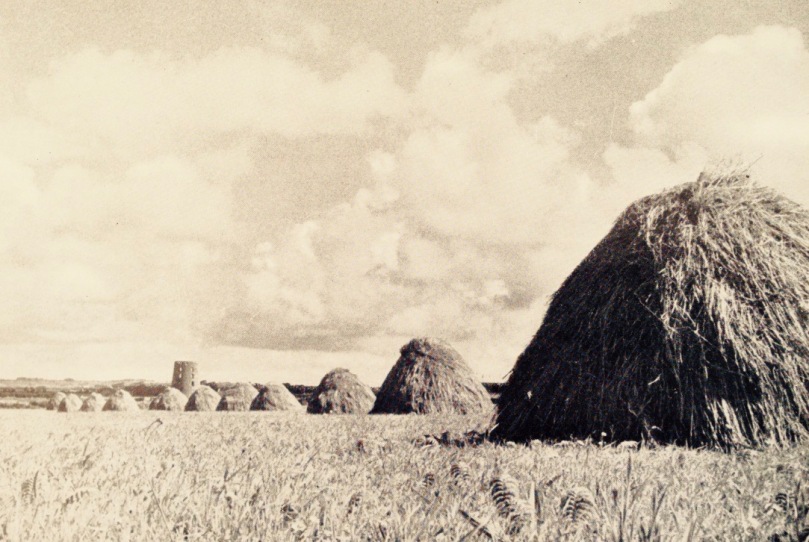 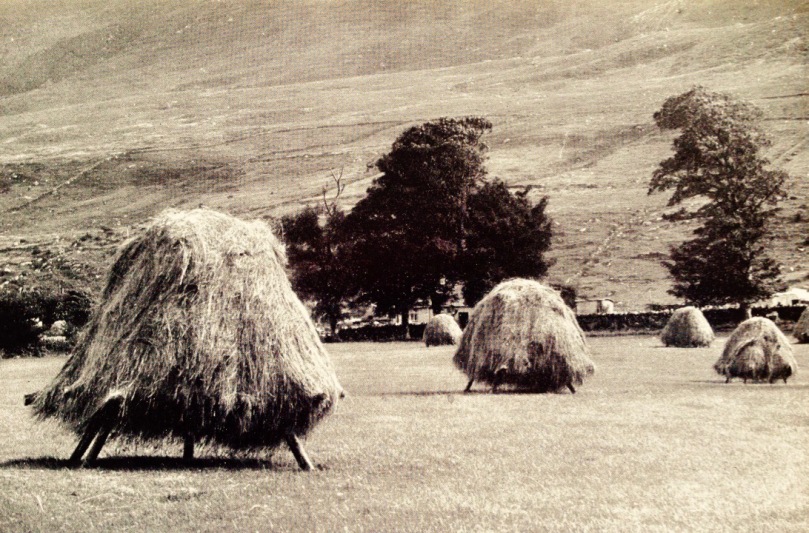 This selection of photographs is from the collection of Tomás Ó Muircheartaigh, 1907 – 1967, who documented life in rural Ireland between the 1930s and the 1950s. I have chosen his pictures that concentrate on gathering the harvest – and the fairs that are associated with harvest time: the festival of Lúnasa. They are generally not captioned, so we are not aware where these were taken. When I travelled in West Cork during the 1990s I remember seeing traditional stooks in the fields: this method of collecting the corn was practiced by the small farmers then, although now I believe it has completely vanished. 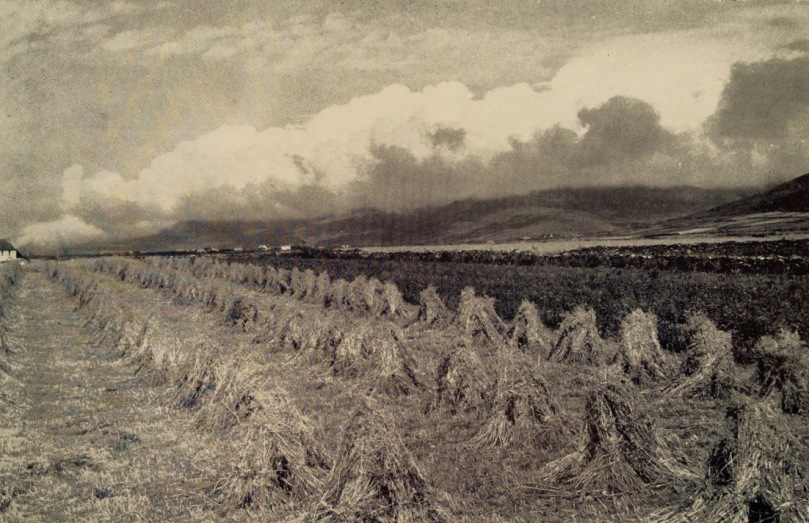 …Most of the people on the Northside had holdings that were so small that they could only grow corn (barley or oats) or wheat, for their own use. The land wasn’t good for corn crops. By the middle of August, the stooks were seen in the fields. As with the bringing in of the hay, the cutting of the corn was a great event with a meitheal to help you if needed. For cutting, a reaping hook or the scythe was used. When buying a scythe it had to be sharp enough to lift a penny off the floor. A man followed the cutter, collecting the corn, a sheaf at a time, and putting it out behind him. This was called ‘taking out’. Two people followed the man ‘taking out’ and bound the corn into sheaves with a bind, making sure that the ears on the bind lay with the rest of the ears. Six sheaves were made into a stook and left for a week, then the small stooks would be made into a stook of twelve sheaves which was left in the field to finish ripening for the rest of the month. The stooks were gathered into the haggard, by donkey or horse and cart, and made into a barrel stack ready for threshing in October… (Northside of the Mizen) 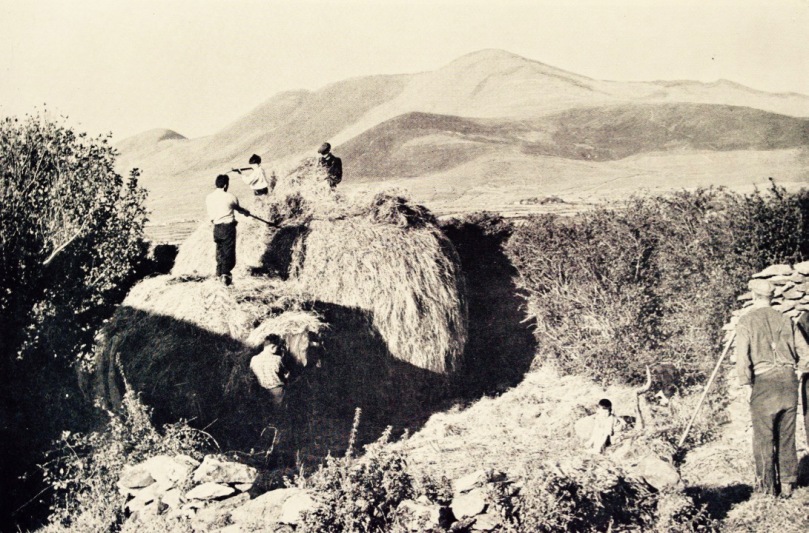 Lúnasa is one of the important turning points in the Irish calendar: harvest time, fruitfulness, and the onset of autumn. The others are Imbolc – 1st of February (the coming of the light and new life, spring), Bealtaine – 1st of May (onset of summer and a time of growth), Samhain – 1st November (winter and darkness). All these points have to be marked and celebrated. Lúnasa, or Lughnasa is probably the most fertile time for celebration, and festivities could last for days or even weeks. There was always a fair: the most well-known one still celebrated is at Killorglin, in the heart of County Kerry, where a great wild Puck goat is crowned and reigns above the crowds.