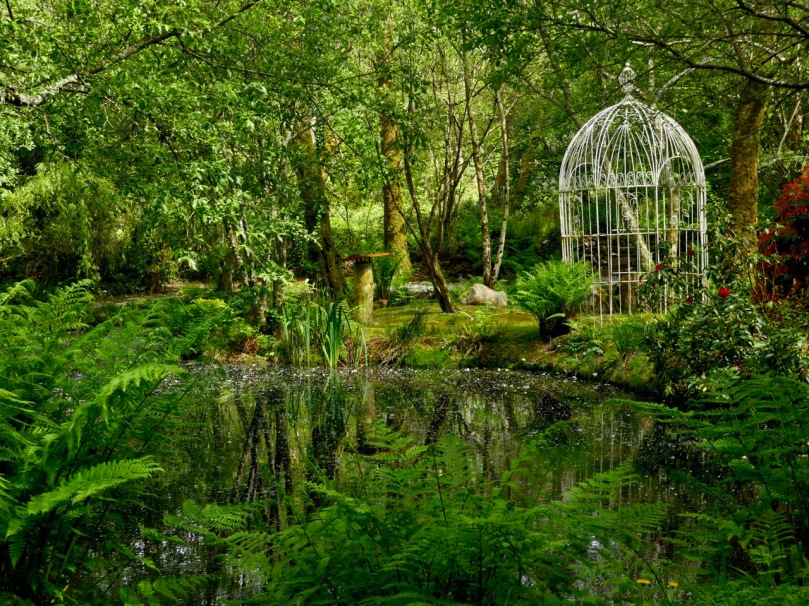 Craving a woodland walk, we took ourselves to Inish Beg this week – and found a lot more than bluebells! 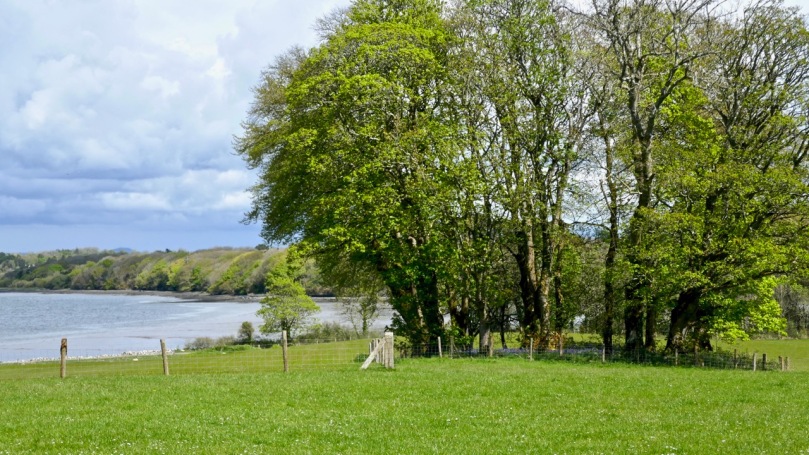 This is a cillin, down beside the river. There are lots of stories associated with it

Inish Beg abounds in both the wild and the tame. That’s not such an easy balance to maintain and it’s a real tribute to the team on the ground that manages and nurtures the estate. Mostly, of course, it’s down to the vision and hard work of Paul and Georgiana Keane who bought the place in 1997 when it was crumbling and neglected. The house, Georgie told us, was close to collapse and had to be completely re-done – new roof, plumbing, electrics and a complete re-furbishment. It’s hard to believe now, when you see the beautiful place it has become. 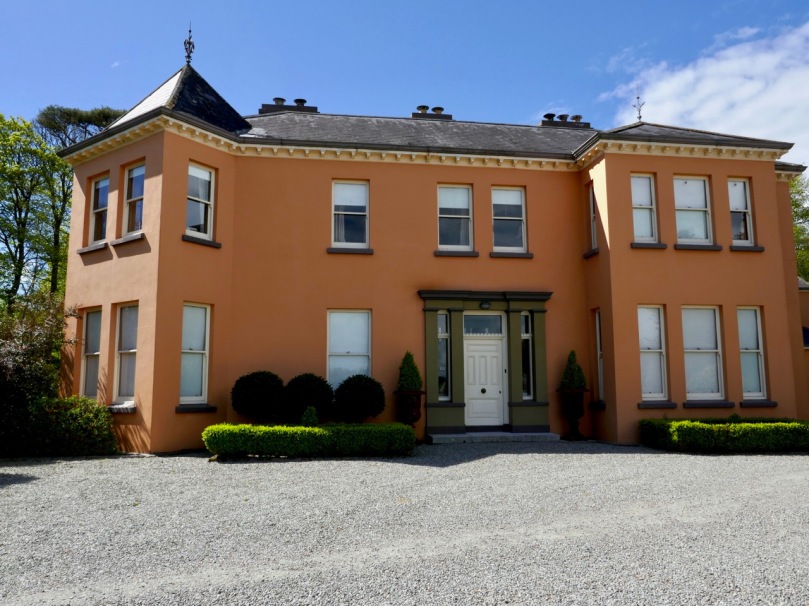 Paul and Georgie run it now as a hotel and wedding venue and it is totally set up for it. In fact it must be one of the most romantic venues in Ireland, ideally situated on an island on the Ilen River, accessible by an old stone bridge. It was originally O’Driscoll territory, but owned by the McCarthy family. When James Morrogh inherited it from a McCarthy relative in the 1830s he changed the family name to McCarthy Morragh – such stipulations were not unusual then. 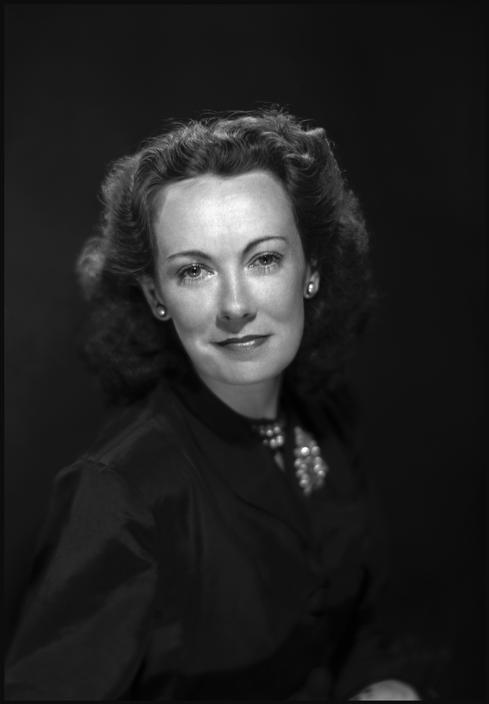 In the 1890s the family built the grand house, and it is this house that is associated with its most famous inhabitant, Kay Summersby. A noted beauty, she was Eisenhower’s secretary in London during the war, and may (or may not) have had an affair with him. 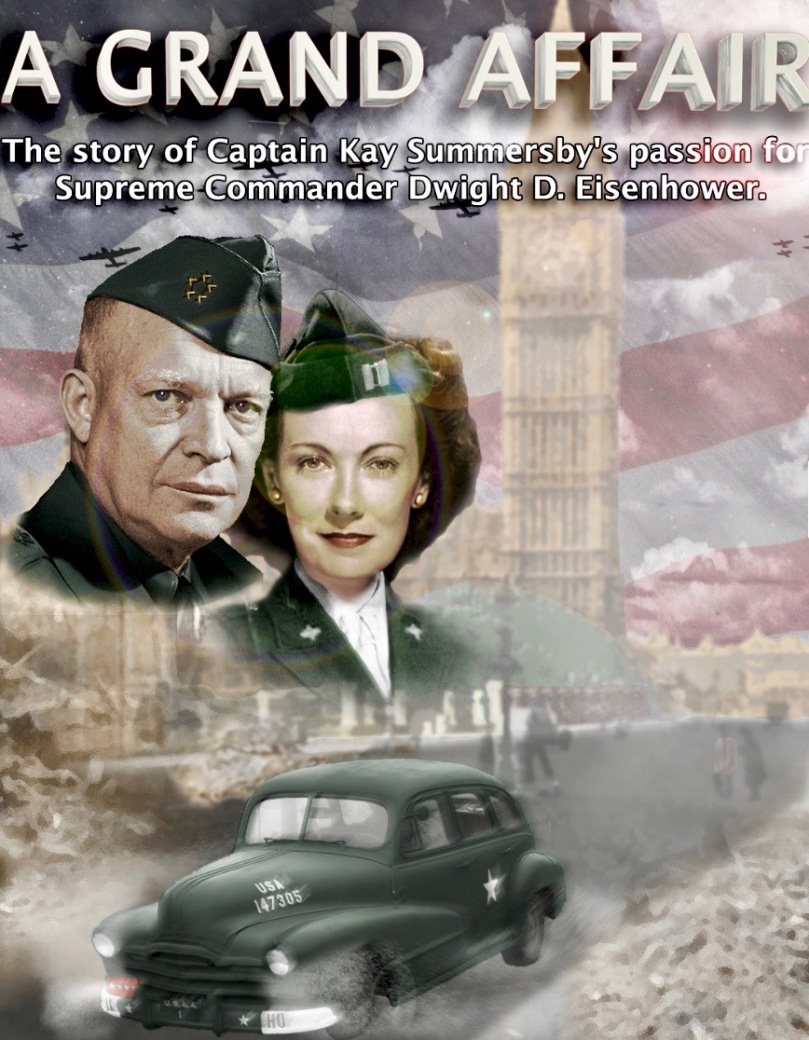 She describes her early life at Inish Beg thus:

Our home, Inish Beg, was a somewhat run-down estate on a small but lovely emerald island in a river in County Cork. Our favourite pastime (I had a brother and three sisters) was to sail down that river four miles, to the Atlantic. There was a succession of governesses, hunts, spatting parents, riding in the fields and along the long avenue fringed with old trees . . . the usual pattern of life in that obsolete world.

The ‘usual pattern’ for some, perhaps – to me it sounds like a life of breathtaking privilege. However, like many such estates, it became difficult to sustain and by time the Keanes took it over it desperately needed their infusion of enthusiasm and capital. And what a magnificent job they have done with not only the house but the grounds as well. 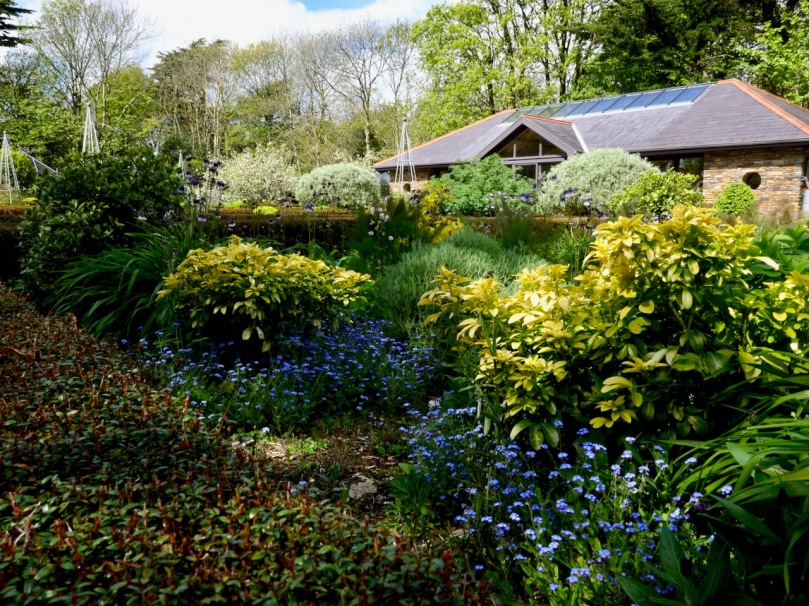 There’s a walled garden (above) that’s full of organic goodies for the estate kitchens, and also features an indoor swimming pool! Tony O’Mahony, the head gardener, practises an organic philosophy and does not feel the need to eliminate wildness from the garden, which results in a delightful mix of plant life. 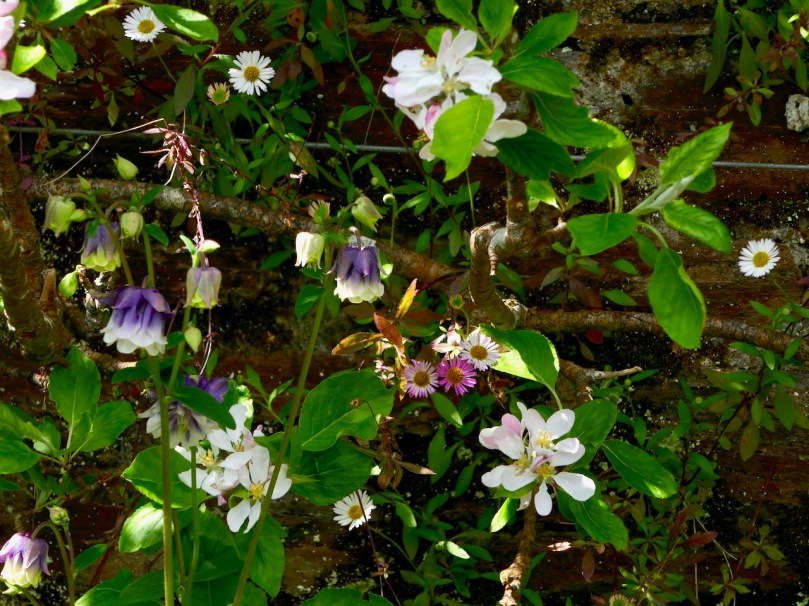 But we were here mainly for the woodland walks and we were certainly not disappointed. You could spend several hours wandering the trails here and right now the undergrowth is glorious. Bluebells were in abundance along with every wildflower that contributes to that colourful spring carpet that is so dear to our senses. 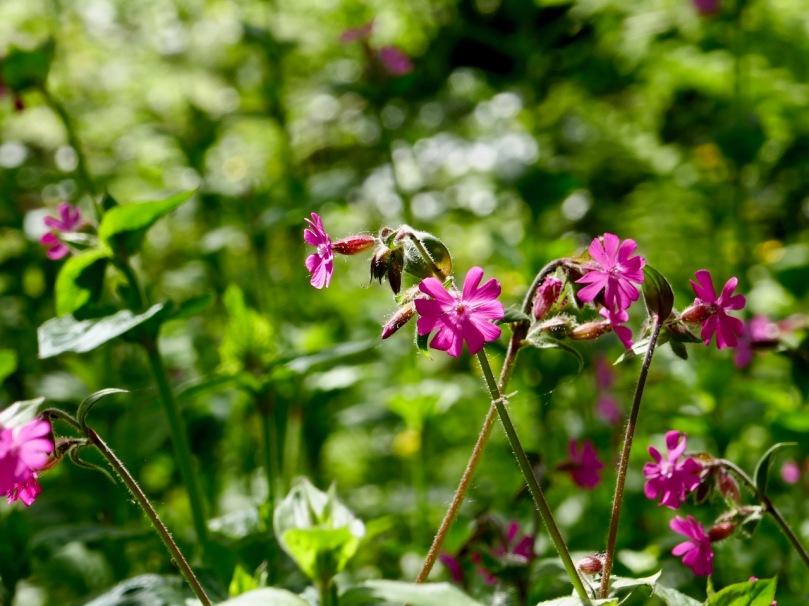 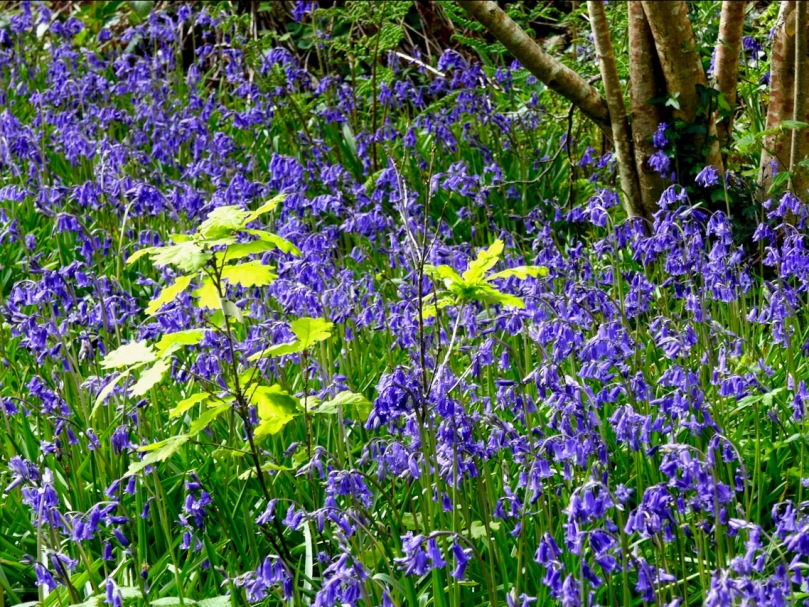 There are trails for the kids – pirates and a wildlife search are part of the system, as well as little fairy houses here and there. 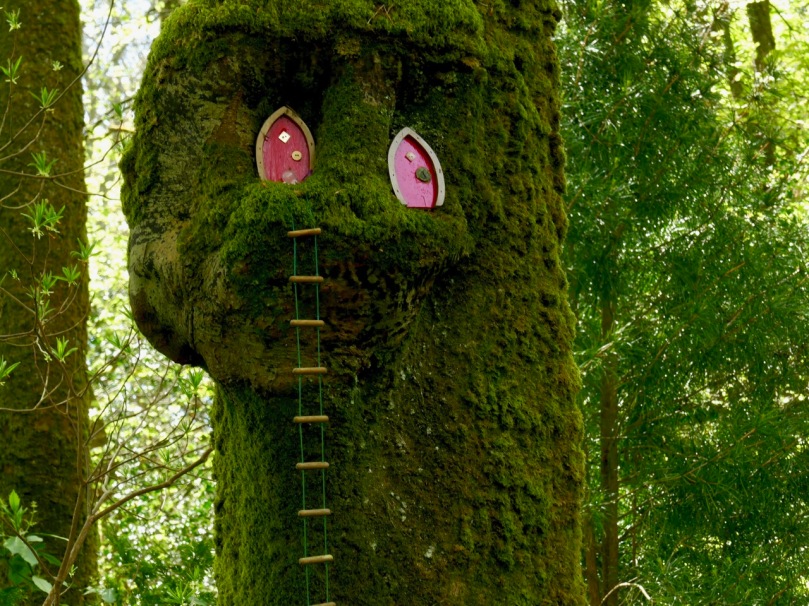 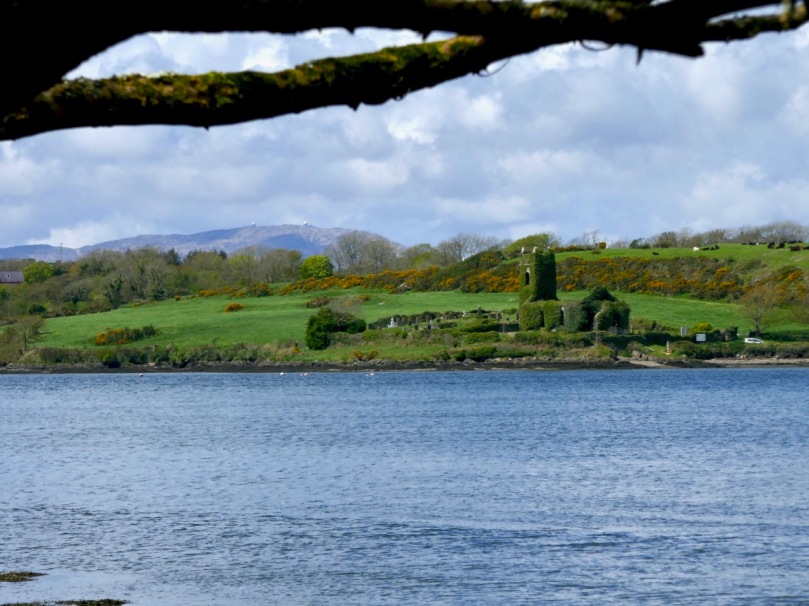 There are lovely views (above) across the Ilen to the ruined church at Aughadown – burial place of the Tonsons that I wrote about in New Court Bridge – a Hidden Wonder. Surprisingly, beyond the church, you can see Mount Gabriel. I mention this because of its significance with our next find – a previously unrecorded cupmarked stone! 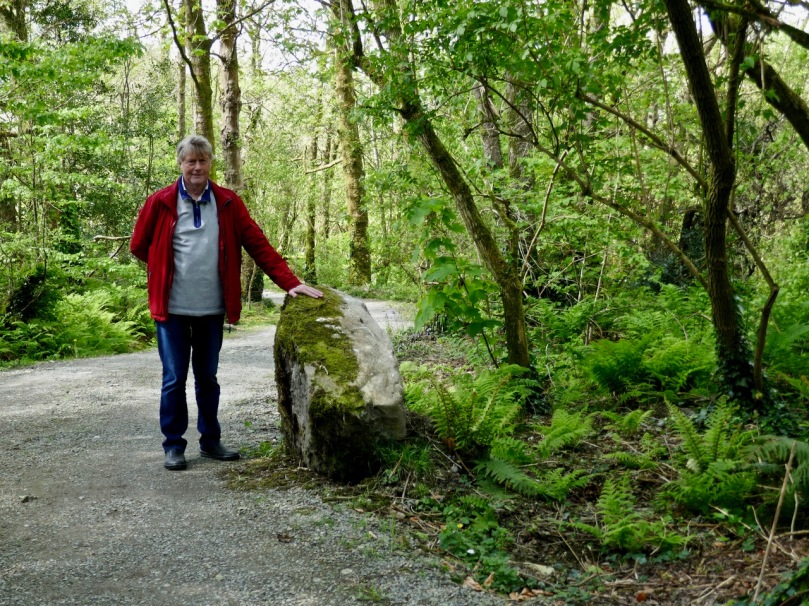 Regular readers know of our involvement with Prehistoric Rock Art – Neolithic or Bronze Age carvings on open air boulders and outcrops. The cupmark is the basic motif of all Irish Rock Art – a semi-spherical cup-shaped hollow (see more about Rock Art here and here and specifically about cupmarks here). Robert has an amazing eye for slight differences in rock surfaces and has developed a habit of examining every stone we come across for cupmarks. This time he struck gold! At least four cupmarks on the back of a stone along one of the trails. 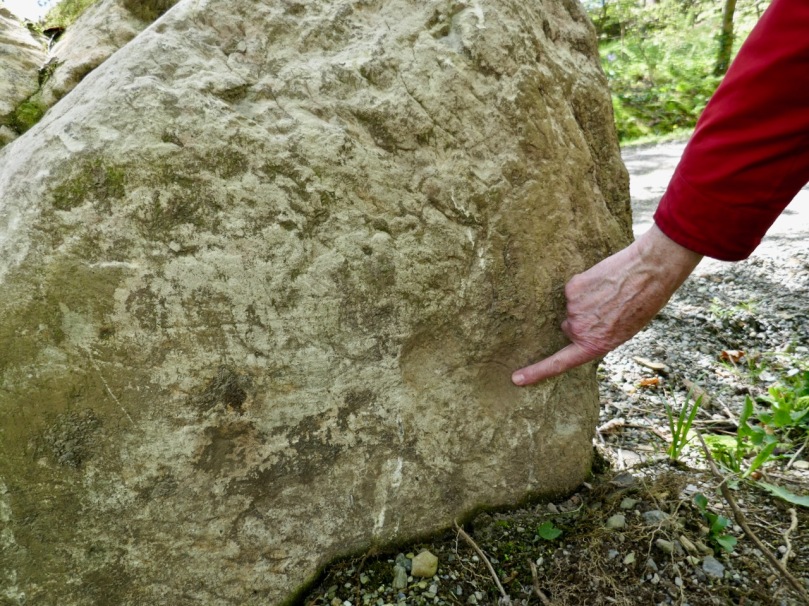 We like to warn people that rock art can be a little underwhelming. I know these cupmarks don’t look like much, but they were probably carved several thousand years ago as part of a ritual we now know nothing about

The stone has been moved there from somewhere on the estate and the Keanes will try to track down where this was. It’s always important to see a rock like this in its context, of corse, but we are also curious to know if Mount Gabriel was visible from the location, as it is from so many of our West Cork Rock Art sites. We will be returning to do a proper record and see if we can add more information to the story before we send it in to be included in the National Monuments database. 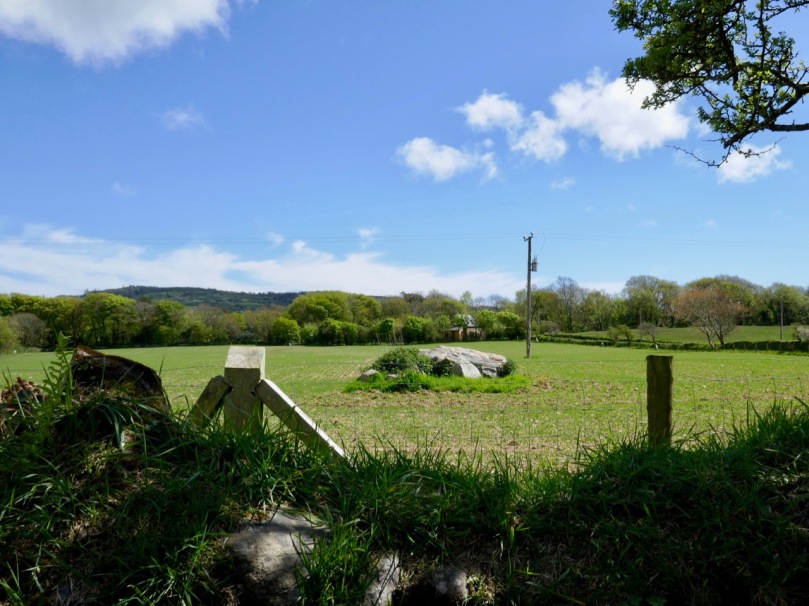 There’s also a boulder burial on the estate, visible as you are leaving. It’s a pretty tumbledown affair, but still recognisable, and we found cupmarks on the capstone too. These may be already recorded, but we will let National Monuments know in case they aren’t. 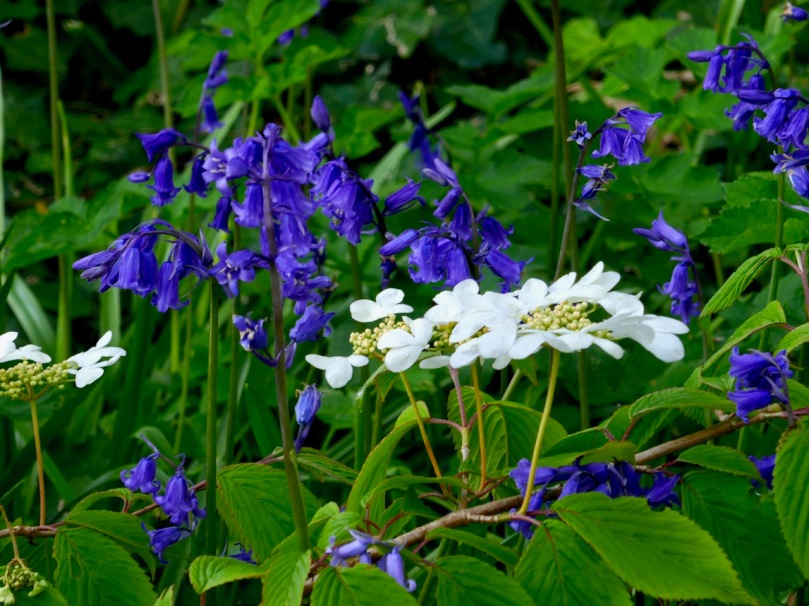 Fabulous woodland walks, my fill of wildflowers, lovely vistas across the Ilen – and a new archaeological find. Too much excitement for one day! 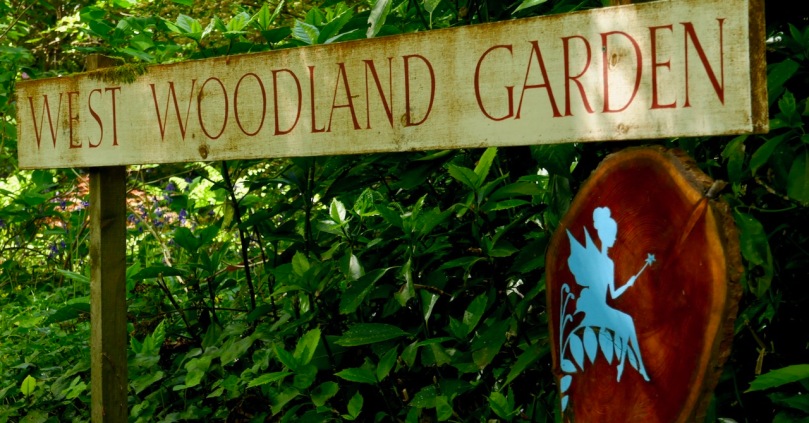