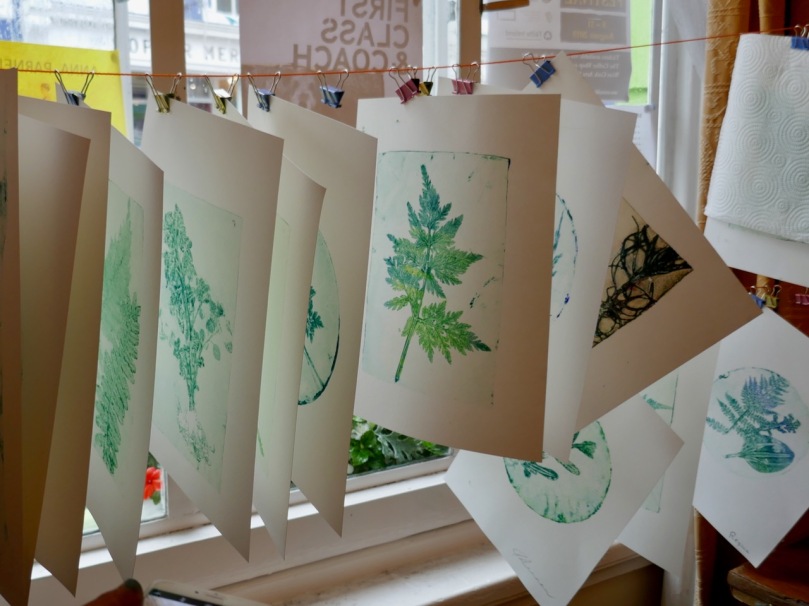 I’ve always thought of myself as someone without an artistic bone in her body – although when you say things like that people always rush in to assure you that everyone has the potential to tap into an artistic streak if they just let themselves be free enough. Harumph, I say. But today they proved me wrong.

The idea for a workshop grew from the Ballydehob Arts Museum planning group. Robert has written a lot about BAM and so our readers know that it is a celebration of the iconic era when artists of all kinds settled in Ballydehob and turned it into a thriving centre of creativity. What animated those early artists? By their own accounts, it was the landscape around them, the light, the natural world they found here in West Cork. So why not try something based on that idea – and so the Art in the Landscape Workshop idea was born and to everyone’s astonishment it filled up right away, with a waiting list. 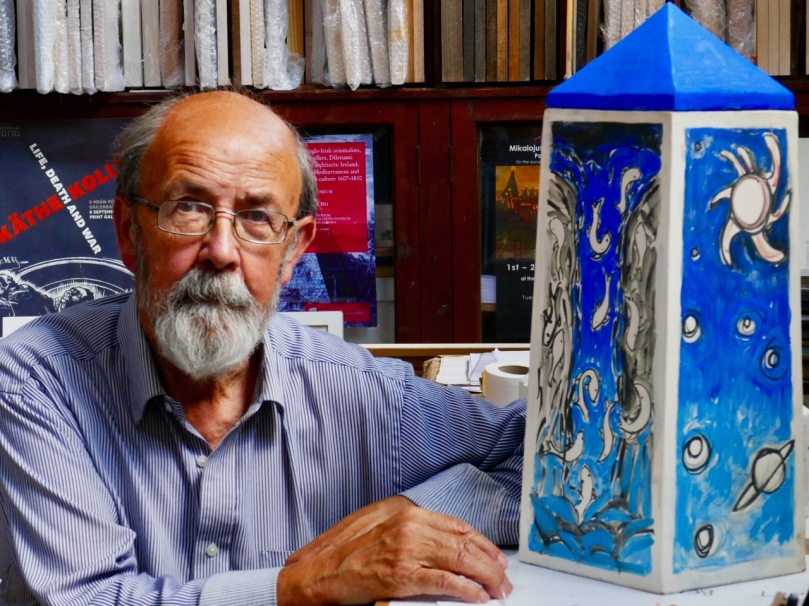 The day (today) started with an introduction to the artists of BAM by Brian Lalor (above), writer and artist and BAM Curator, who talked about the motivations and inspirations of the original group of artists and showed us some of their work, their use of earth tones and natural images. 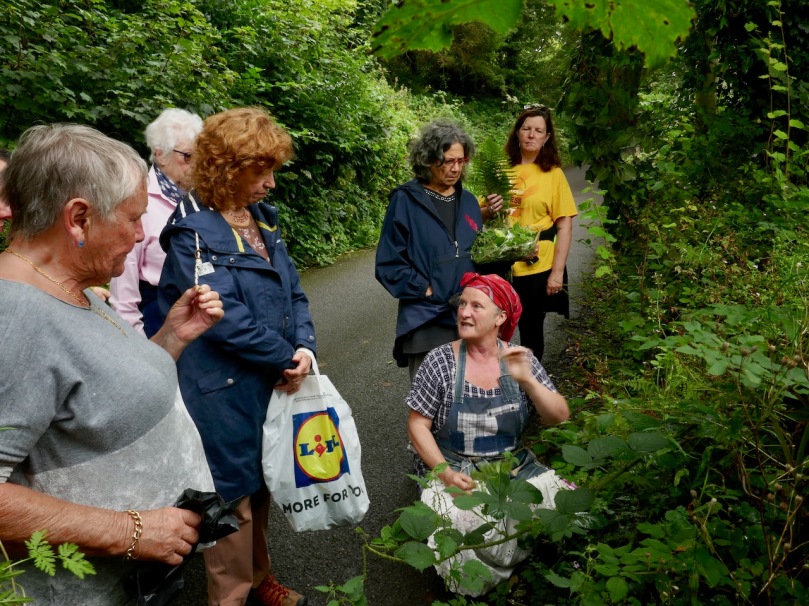 Then it was out into the landscape itself – and we didn’t have to go far! Ballydehob is really fortunate to have, right in the village, leafy little roads with walls and hedgebanks loaded with wild plants. The leaders for this part were myself and Toma McCullim, artist and educator. (I’ve written about Toma before and her wonderful project 110 Skibbereen Girls.) Turns out, Toma is a bit of a herbalist – she knew culinary or healthful uses for much of what we looked at, while I filled in the rest with wildflower identifications and background. We walked, we talked and we gathered. 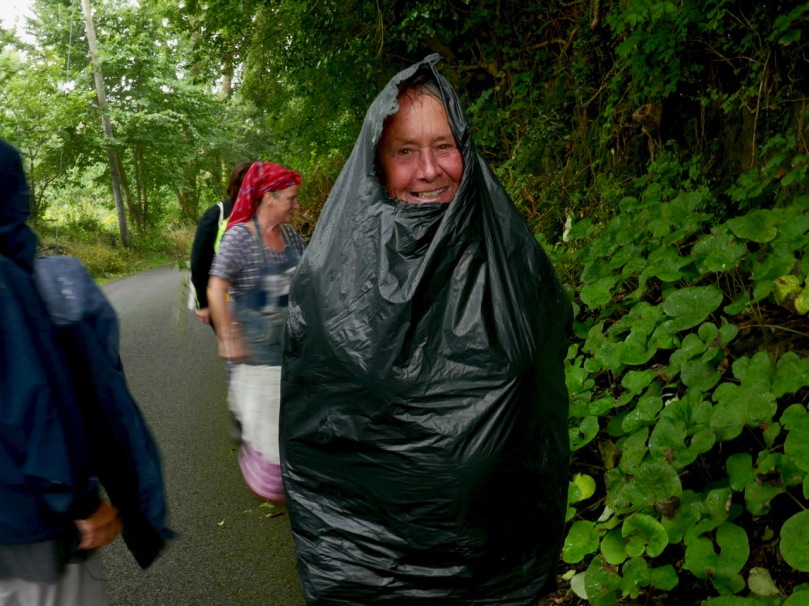 After lunch came the printmaking. Toma had assured us all that even if we had never done anything like this before, by the end of the day we would all go home with something we were delighted with. And it was true! She walked us through a seemingly simple, but actually quite sophisticated printmaking technique and then set us to work. 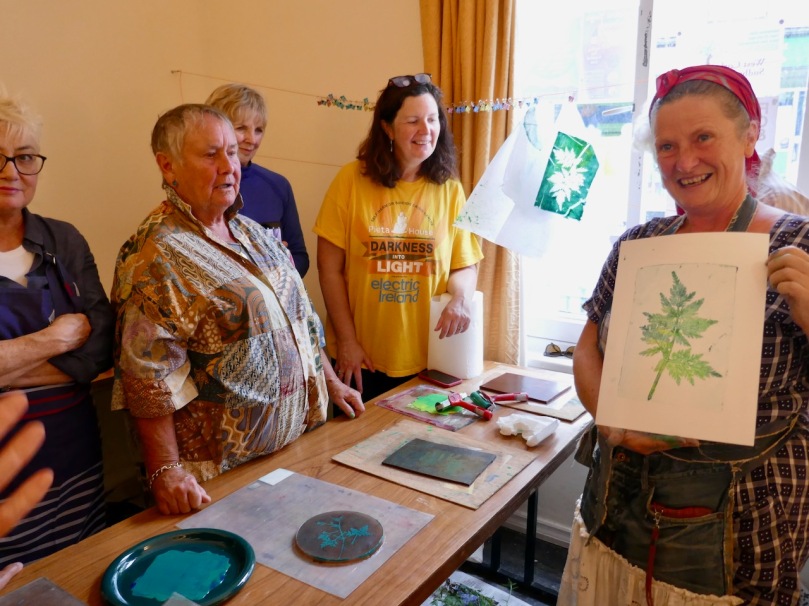 It was really fun to see the creative juices flowing, as well as the laughter and the chat. Before long everyone was covered in colourful (and thankfully water-soluble) paint and prints were starting to appear.

Louise and her botanical print

Some people took a long time considering compositions and produced two or three: others got into the swing of the process and produced many. And Toma was right – we were all delighted with our finished products. 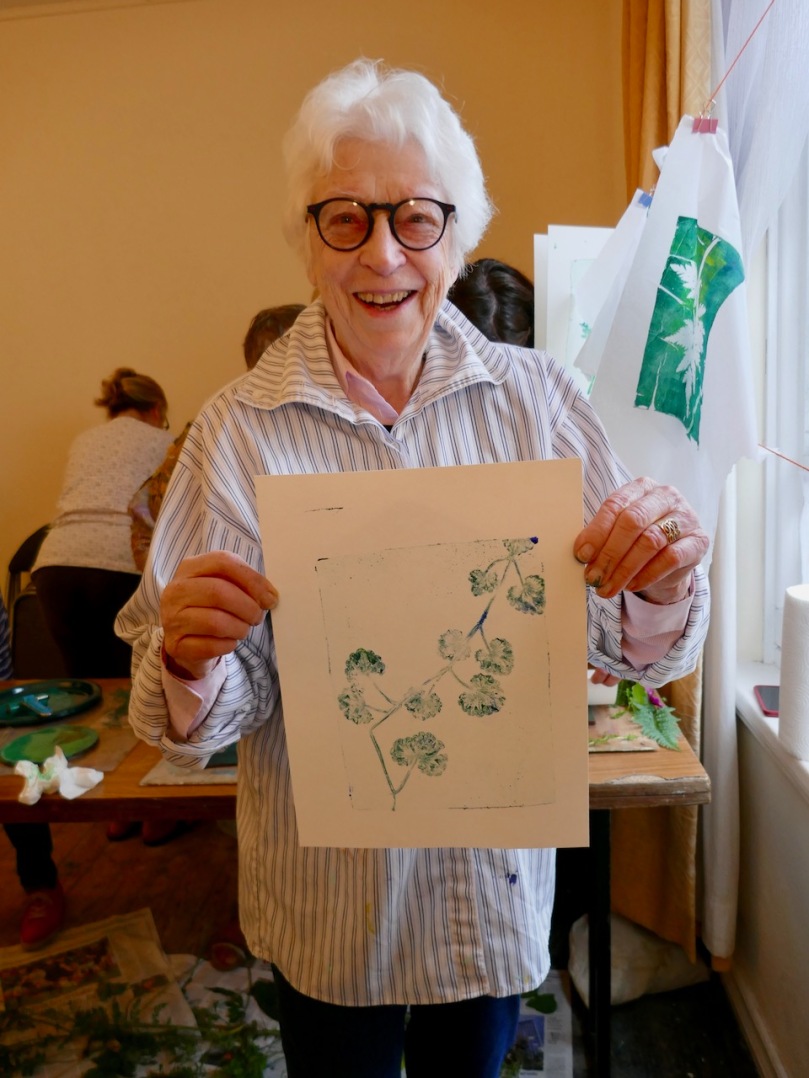 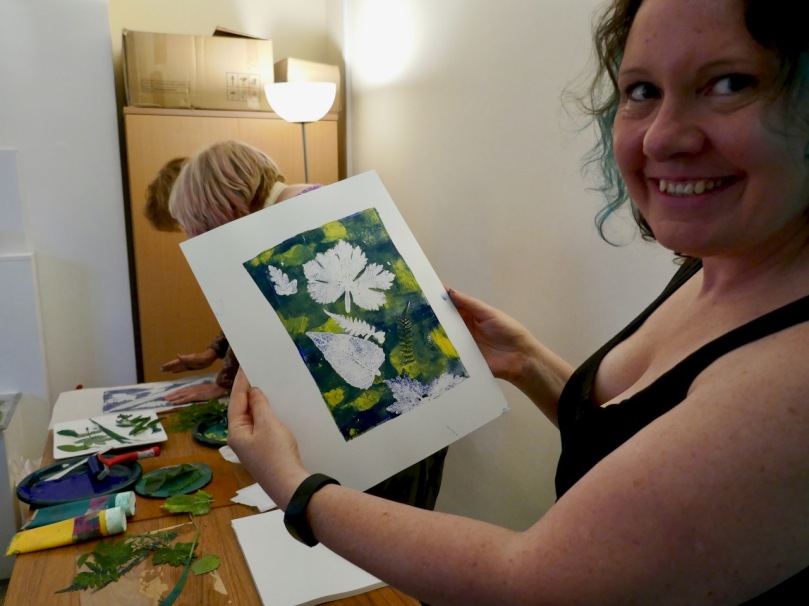 Upper, Bobbins and her positive print and lower, Elizabeth and her negative one. Below, Annie with her china blue

Everybody chose one print to leave behind. Those prints will go on exhibition during Heritage Week, including the one I made. OK, it’s not actually a Work of Art, but it felt great to be able to produce something that I’m proud of by working with material I love. Thank you, Toma, Brian and all the workshoppers for a great experience! 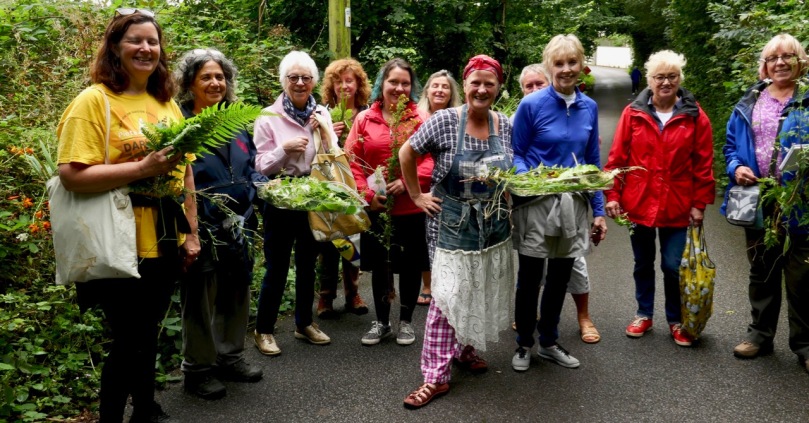