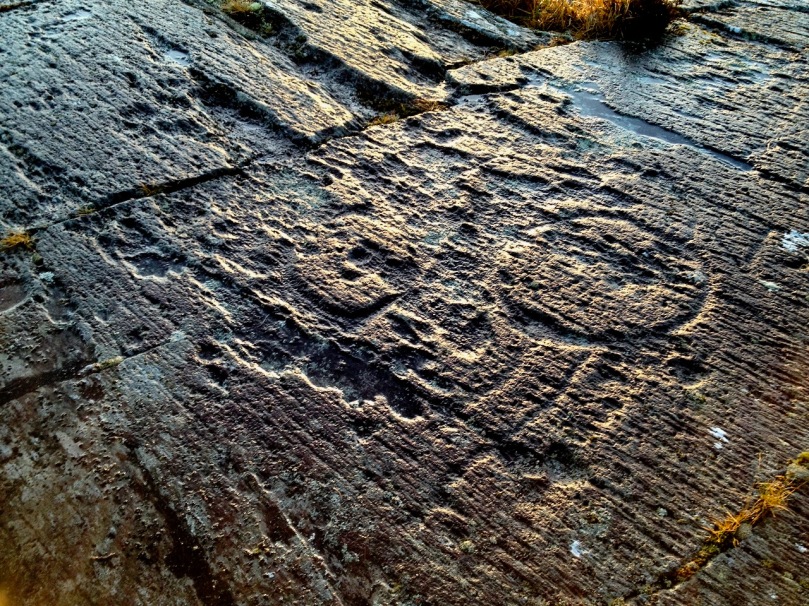 February 1 – we celebrate it as St Brigid’s day now, and support the call for making it a national holiday. But we have celebrated it in Ireland forever as Imbolc, the calendar marker that heralds the arrival of spring.

What follows was originally a Joint Post by Finola and Robert, written way back in 2013. We have edited it to update the links and added some new photographs and are republishing it now.

Archaeologists have long been aware of the astronomical siting of some Irish megalithic sites, such as at Newgrange, and Loughcrew Passage Graves in Co Meath and Drombeg Stone Circle in West Cork.

Inside Cairn T at Loughcrew

We have become intrigued by the work of Michael Wilson, a talented amateur astronomer who is singlehandedly documenting the astronomical siting of many monuments in this area. Recently he has turned his attention to prehistoric rock art. Mike’s website contains an astonishing body of work, meticulously researched and rigorously recorded, along with explanatory notes. 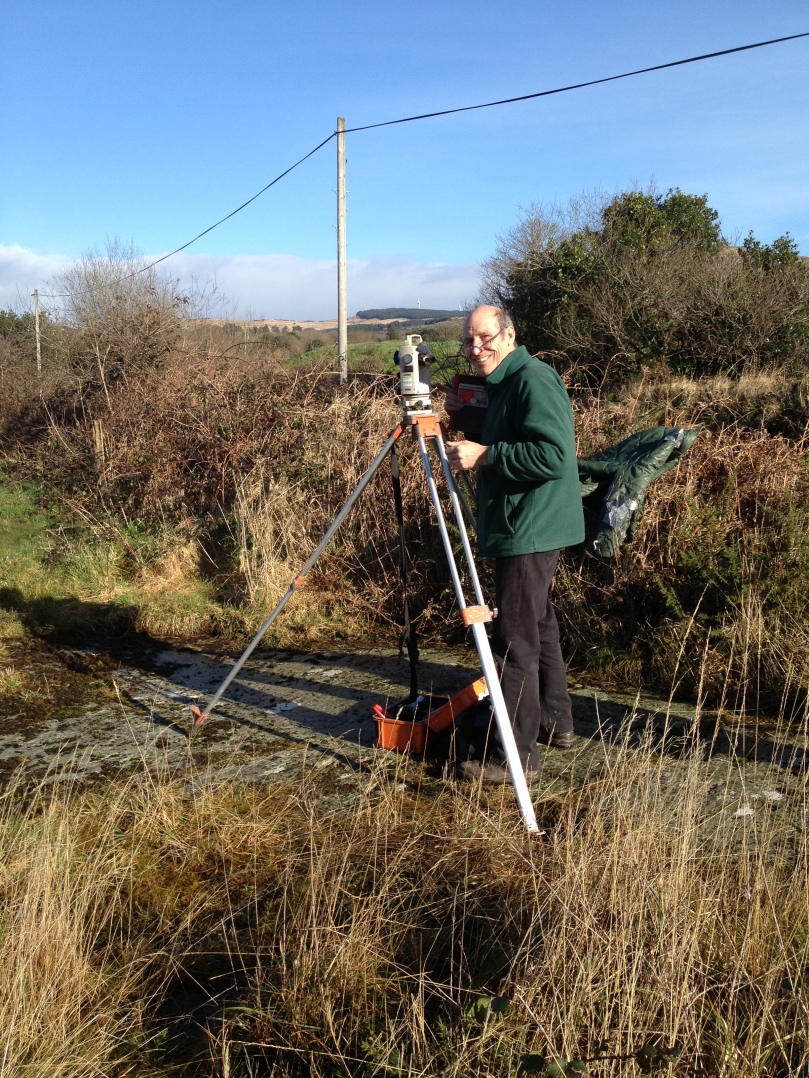 Michael Wilson carries out his Whole Horizon Analytical Technique (WHAT)

His thesis, in a nutshell, is that the builders and carvers of Neolithic and Bronze Age times were keen observers of the day and night skies and were intimately familiar with their surroundings. They situated their megaliths and rock art in places where the contours of the horizon allowed them to mark significant solar and lunar events, such as solstices, equinoxes, lunar settings and risings, and intermediate points. Thus, the sun at the winter solstice might rise at the highest point on a nearby mountain, or set in a deep notch in the hills at the spring equinox. 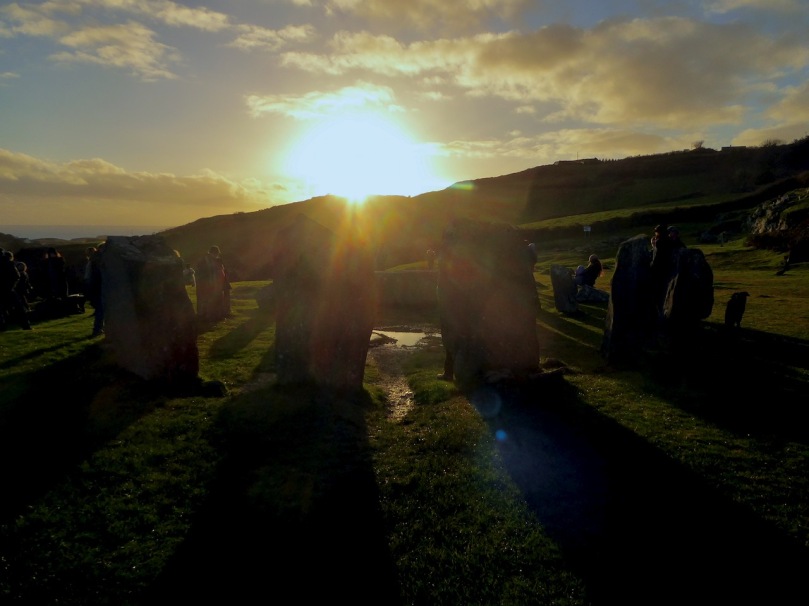 Imbolc, the spring cross-quarter, is almost upon us. It will be on Feb 1st by the Gregorian calendar, where it is commonly known as St Bridget’s Day or Candlemas, but this is not the correct day. By day-count, the times to celebrate will be sunset on the 3rd and sunrise on the 4th. Astronomically, the sun will be exactly half-way between the winter solstice and the spring equinox at about 16:13 GMT on Feb 3rd, while Feb 2nd is the day to see the sun rise and set at the prehistoric positions for marking this festival.

We set out for our favourite rock art site, Ballybane West, before dawn on Feb 2nd, feeling incredibly lucky to have a clear sky. As the sky brightened, and the nearby hills started to receive the sun’s rays, the carvings on the rock surface became clearly visible.

The sun is already hitting the high ground across the valley

Then, the sun rose, exactly where Michael’s predictions said it would, at the highest point of a rounded hill on the horizon. As people had been doing 4000 years ago in this exact spot, we marked the cross-quarter day of Imbolc – a time when the land starts to warm up, the first spring flowers appear, and the ewes are visibly pregnant. 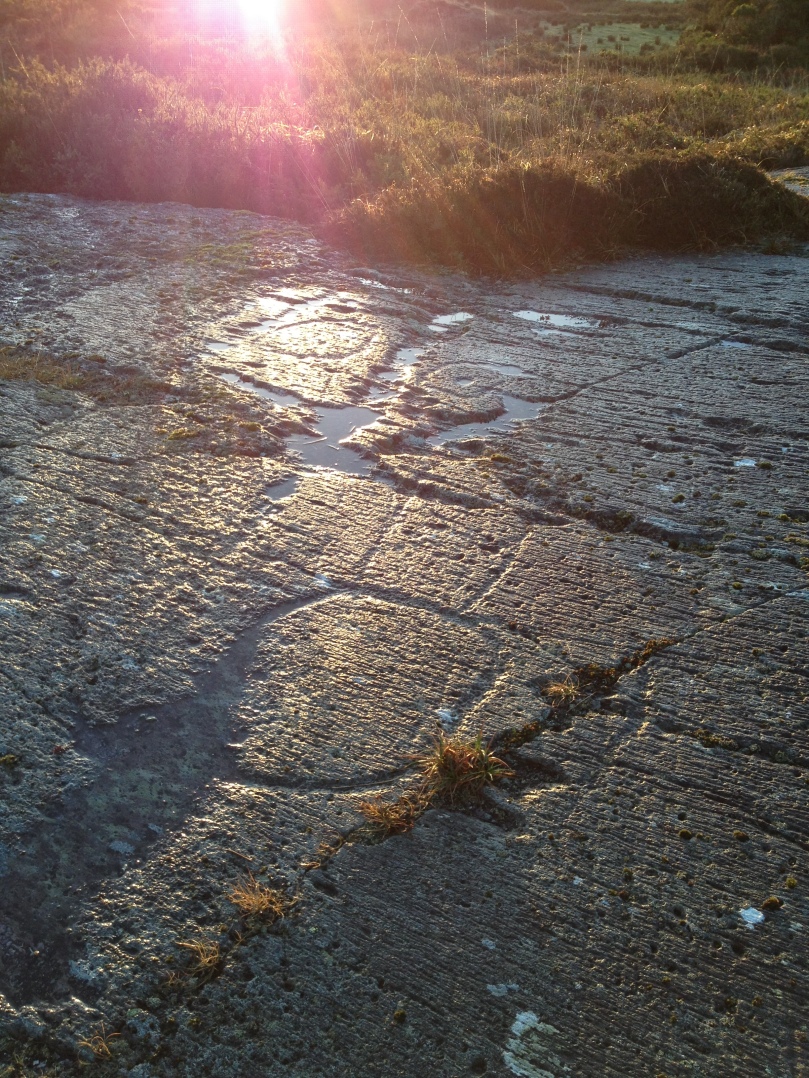 The slanting rays of the rising sun provide perfect lighting for seeing rock art, which is often difficult to observe at other times

If Michael is correct, we have to incorporate a new possibility into our thinking about rock art. There have been indications before that the location of the carved rocks was significant. For example, there is often a view of water or of a significant mountain, some theorists have posited that they are ancient boundary markers, and some rock art sites are inter-visible with each other.

But this way of looking at rock art elevates the actual siting of the rock as most important, and allows us to view the carvings themselves as a way to indicate the purpose of the site – a means to an end rather than an end in itself. The motifs, though, will probably remain as enigmatic as ever.