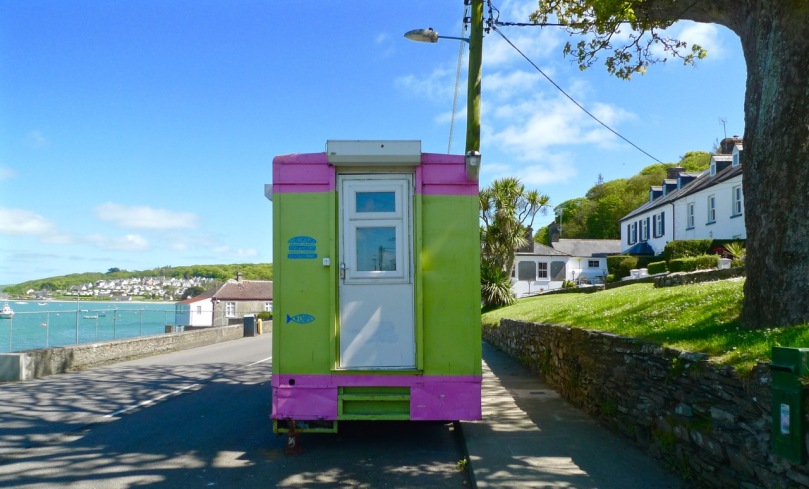 In the Days of Yore – when I first started to visit the west of Ireland – I travelled on the good old Swansea – Cork Ferry. It’s such a shame this route has now been scrapped (not once but twice): it was an overnight crossing, leaving the Welsh port at 9pm and arriving in the mouth of the Lee estuary at dawn. I felt there was nothing more beautiful than the slow cruise up through that great natural harbour in the early morning sunlight: passing lighthouses, lookout towers, mothballed ships, the Irish Navy and the coloured terraces of Cobh (pronounce it Cove), before disembarking at the exotically named Ringaskiddy Terminal.

Part of the excitement of that journey was the anticipation of the drive down to Ballydehob and beyond. I always went on the R600 route, passing through Carrigaline and Kinsale – stopping, of course, at Ballinspittle to check that the BVM was safely in place at her grotto – before heading out along Courtmacsherry Bay. The journey alongside that ribbon of water – the road hugs it for some 10 kilometres – is recommended as an exemplary introduction to the landscape characteristics of rural Ireland.

What was formerly Timoleague Bay is now known as Courtmacsherry Bay. Timoleague was the head of the navigation and thrived from wharfs built in front of the medieval Priory there until a catastrophic earthquake occurred in Portugal in 1755 causing a tsunami which hit the coasts of Britain and Ireland and dramatically changed the topology. This bay is one example: the inlet was no longer navigable for sea-going vessels up to Timoleague, and new piers and quays were built further to the east, closer to the mouth of the estuary, on the north facing shoreline. The place we now call Courtmacsherry didn’t exist until after this maritime event (hence the title of this post).

So how did the name ‘Courtmacsherry’ come about? It’s an unusual one, and a bit of a mouthful – locals call it simply ‘Courtmac’. According to Sean de Barra of the Courtmacsherry Historical Society the area was settled by the Hodnett family from Shropshire, in England:

…Which sounds like Macsherry – the prefix Cuirt would have been ‘Manor House’ or ‘Mansion’. 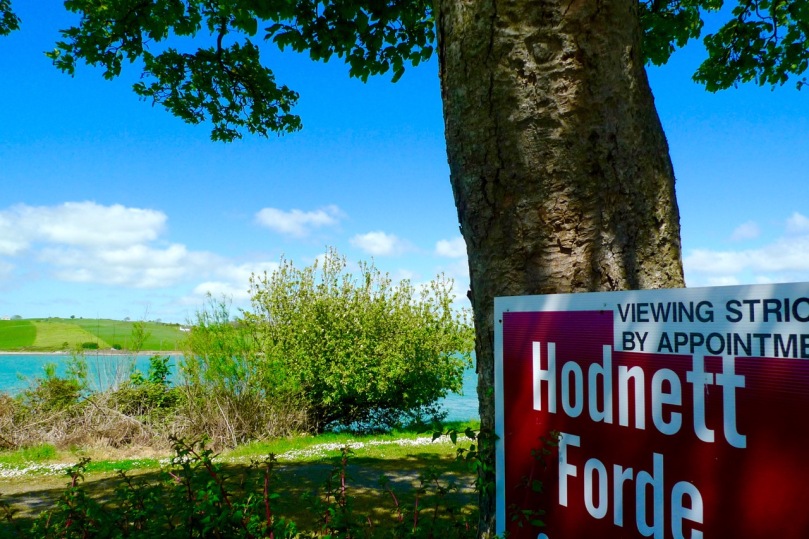 The Hodnett name is still familiar in the area

Although I travelled so many times along the road up to Timoleague it is only very recently that I actually diverted to visit Courtmacsherry. I’m very pleased that I finally did: it’s an attractive settlement which displays many aspects of its 300 year history. I had heard of the place – it has a lifeboat which is twinned with the one in Bude, Cornwall (have a look at this post). I worked for very many years in Bude with Jonathan Ball, who was Coxswain with the Bude boat and he led (and still leads) a choir from the Bude crew who have an annual twinning visit with the Courtmacsherry crew. 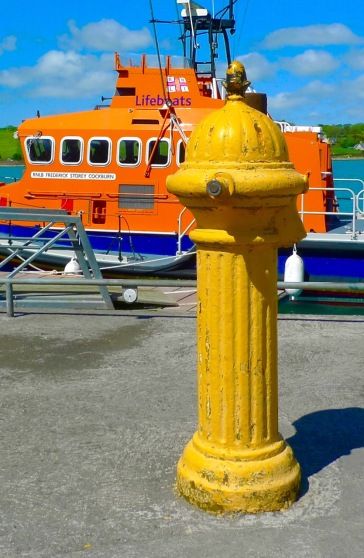 The Courtmacsherry Lifeboat has recently been in the limelight as the Centenary of the sinking of the Cunard liner Lusitania by a German torpedo has just passed (here is a very detailed account of the tragedy). The RNLI lifeboat Kezia Gwilt was on call during that event (having to row the 11 miles out to the wreck because there was no wind to sail her with) and helped rescue survivors. Sadly, 1,198 of the 1,959 people on board lost their lives on 7 May 1915.

Model of Lusitania on display in Courtmacsherry, 2015

The village is unusual in that it has virtually only a single street facade, which follows the line of the water. Finola liked the colourful house fronts! Fishing is still a living here, just about. Tourism is important nowadays: we certainly appreciated the hostelries, including the Golden Pheasant Cafe. There really are Golden Pheasants in the cafe garden and – to my delight – Robins and Chaffinches who will eat from your hand. Also, in the aviary, a magnificent Eagle Owl. Apart from all this the food is excellent! 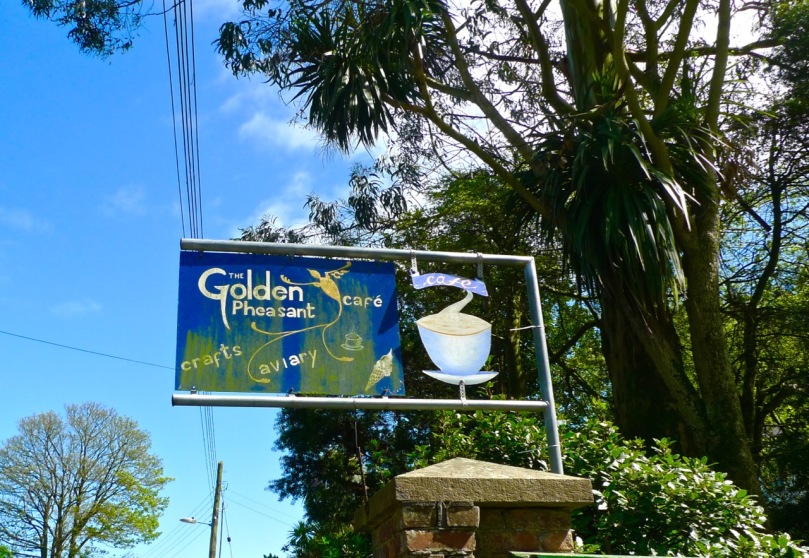 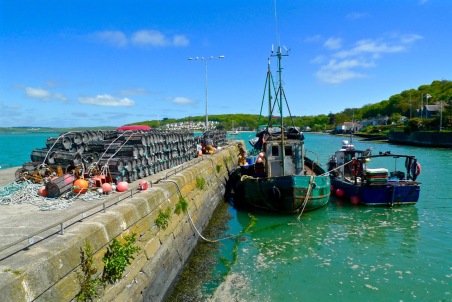 As with our own village of Ballydehob, Courtmac was served by a branch of the West Cork Railways. Although planned as a three foot gauge ‘roadside railway’ (just like our Skibbereen to Schull line), the Timoleague and Courtmacsherry Extension Light Railway was actually built to full gauge, and lasted a little longer: our line closed in 1947, this one in 1960. The track bed from Timoleague has been made into a scenic waterside footpath covering several kilometres. 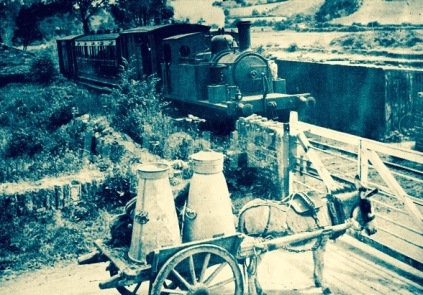 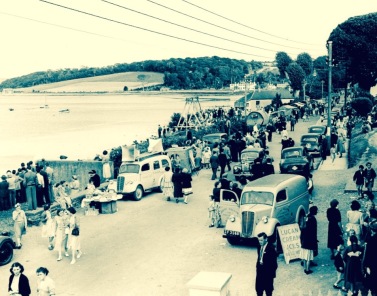 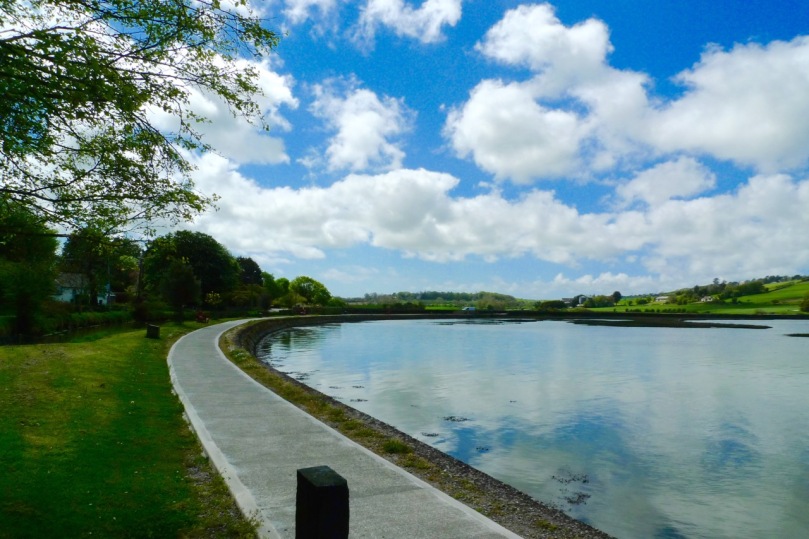 Our visit to Courtmacsherry was too short: we will be back soon, to take in the Castle and the Abbey – and to try and find out why it has an area called Siberia! My researches showed that there is another Siberia in Ireland: it’s in County Sligo and is also known there as Slieveroe. In that case the name is said to have come from  An Sliabh Rua, which means ‘Red Mountain’ – but there are no such topographical features in this part of West Cork. 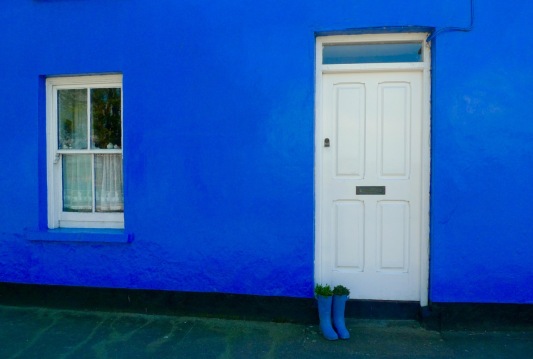 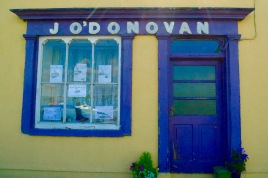 I didn’t quite draw a blank with ‘Siberia’. Here’s an extract from Eating Scenery – West Cork, the People and the Place by Alannah Hopkin, The Collins Press 2008:

…In July and August, like most coastal villages in west Cork, Courtmacsherry can be too busy; it is heavenly in May and June, September and October. But in winter Courtmacsherry is deadly quiet, prone to dull, dark days of low sky and mist, when you are acutely aware of its north-facing character.The only compensation in this season is the presence of thousands of migrant birds, great clouds of golden plover, lapwing, blacktailed godwits, and Arctic shags, fleeing the cold of Scandinavia and Siberia to roost on the mudflats of Courtmacsherry Bay…