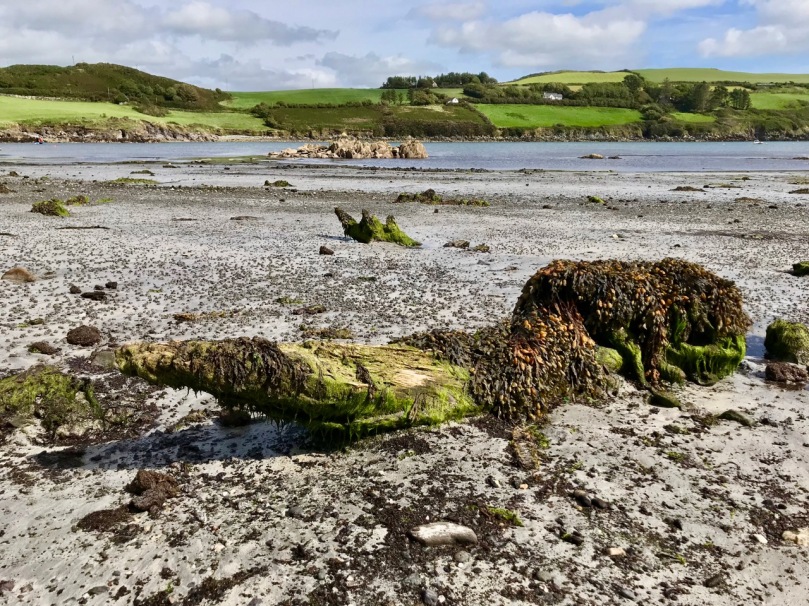 ‘Hidden West Cork’ and ‘off the beaten track’ have been oft-used phrases in our posts – and that’s part of our mission with Roaringwater Journal: exploration of some of the more secret places, and researching and recording their stories. Finola has looked out her own favourites; my current choices are here – although, with 569 posts written to date between us, we could have picked out so many.

Header and above – one of the discoveries which made a great impression on me during the year was Tralong Bay, out beyond Glandore and Drombeg: it’s a beautiful piece of the coastline, at the end of a cul-de-sac and – it seemed to us – very little visited. But to visit is to transport yourselves back thousands of years as, on the beach and exposed at low tide, are the remains of an ancient forest. Here is the post.

A quirky discovery, not too far away from Tralong, was the pyramid-shaped mausoleum in the old burial ground at Glandore. For us, ancient graveyards are treasure troves of local history. This one – a peaceful and secluded place well worth a visit anyway – conceals an enigma: find the story here.

The Rock Art at Castlemehigan in its spectacular setting (above). Below is a close view of some of the markings on the rock

Delving back a few years, I found this December post on a visit to a spectacular example of Rock Art at the far end the Mizen Peninsula: Castlemehigan. The cupmarks on this earthfast boulder are impressive and the view from it is spectacular, especially on the clear winter day that we were blessed with. The rock was also in use as a Mass Rock during penal times, and there is evidence of this on the surface. We were told a story about those times by Florence O’Driscoll, whose land the rock is on. Make sure you have permission to visit if you go!

Finola managed to combine her consuming interest in wildflowers with industrial history and an account of a very special walk on the Sheep’s Head. It’s one of the marked trails on that peninsula – and takes in the deserted settlement of Crimea where a cottage has been partially restored (picture above) – finishing at the abandoned mine workings at Gortavallig, perched precariously on the very edge of a cliff (below). Here is the link to Finola’s post. 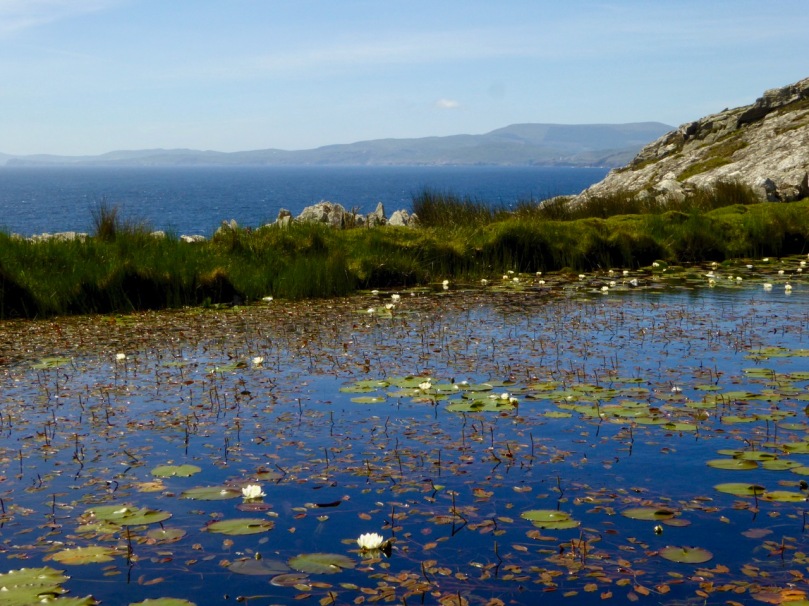 Here am I trying to get my head around the enigmatic ‘Rolls of Butter’ (above). I have to admit they are in Kerry (only just), but involved us travelling one of our all-time favourite roads, much of which is actually in West Cork: that’s the Priest’s Leap Road which runs over the mountains from Bantry (more or less) to Kenmare (more or less). We go out of our way to use this road because of the superb views – and a special piece of folklore – but, if you give it a try, be prepared for a narrow and steep journey (below)! Here is the post. 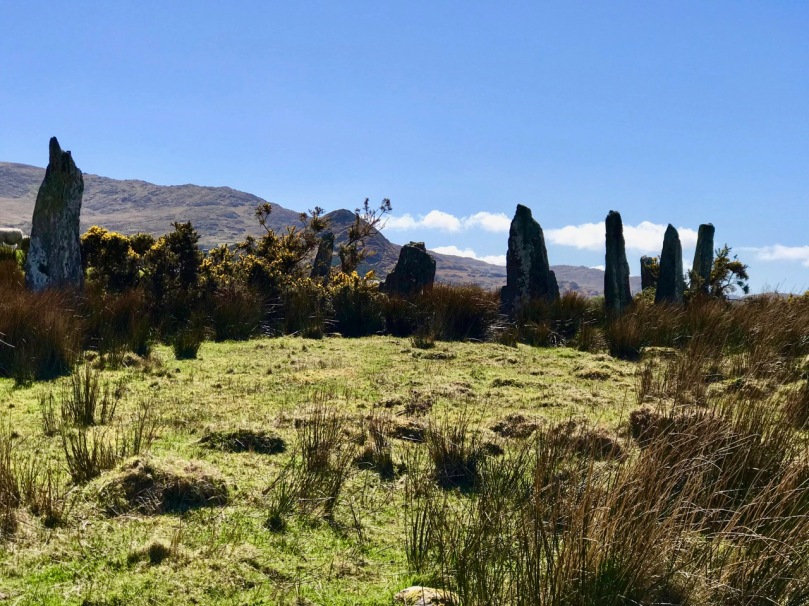 Archaeology dictates many of our outings. One of the less well-known monuments is Ardgroom Outward Stone Circle (pictured above and below) on the Beara Peninsula. This year, following a harsh winter, the weather turned sublime, and we have travelled extensively to make the most of it. We find ourselves often drawn to the Beara (much of which is in West Cork). This post describes an expedition which included stone monuments, colourful villages, stained glass – and ice cream! Have a look.

It was almost five years ago that we first reported on one of our perenially favourite West Cork locations: Gougane Barra (above). It’s a holy place – an alluringly beautiful lake sited in the Shehy Mountains, close to the source of Cork’s special River Lee. Here, in the sixth century, Saint Finbarr set up a collection of cells for his monastic community on an island. Here, also, lived the couple ‘The Tailor and Ansty’, immortalised in a book written in 1942 by Eric Cross. It’s a not entirely happy story as the book was banned because of its down-to-earth portrayal of the facts of life, and storyteller Tim Buckley (‘The Tailor’) was forced to burn his copy of it in front of the local priests: the incident led to an abrasive debate in Seanad Éireann on censorship. This story is, perhaps, one of the less well-known historical aspects of West Cork (and Ireland), but visit Gougane Barra for its beauty – and make sure you find the gravestone of ‘The Tailor & Ansty’: it was carved by their friend Seamus Murphy and bears the inscription . . .  A Star Danced And Under That Was I Born . . . 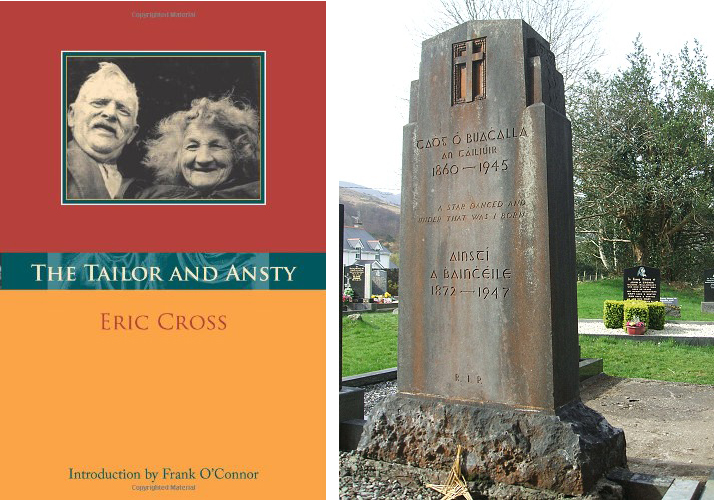 We hope that, between us, we might have given you some good ideas for exploration of our wonderful West Cork landscapes and – perhaps – encourage you off the highways and on to the byways: there are so many adventures to be had, summer or winter. Travel Well!